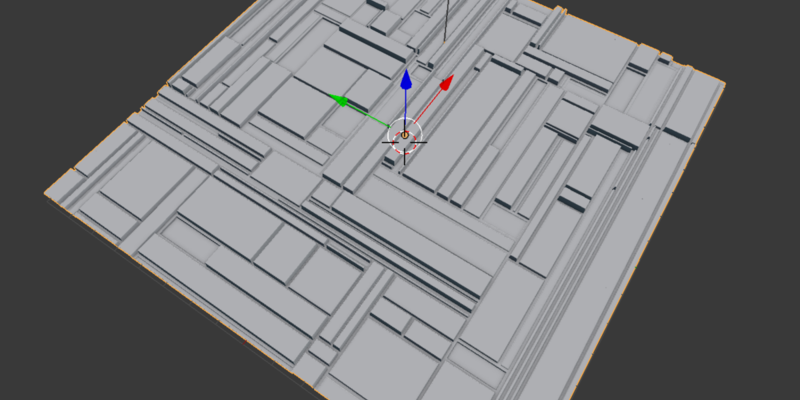 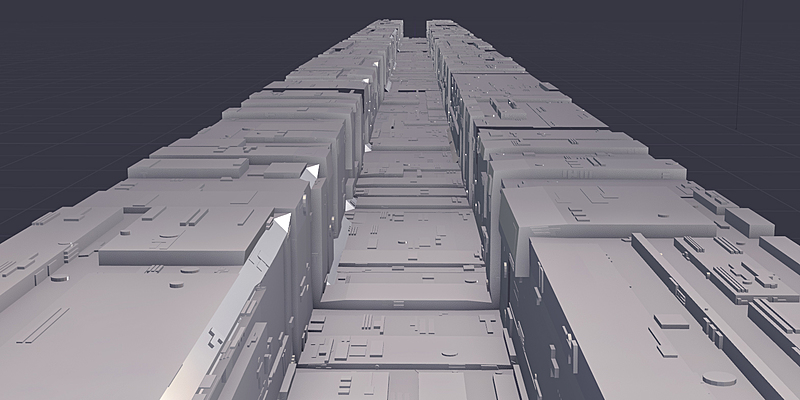 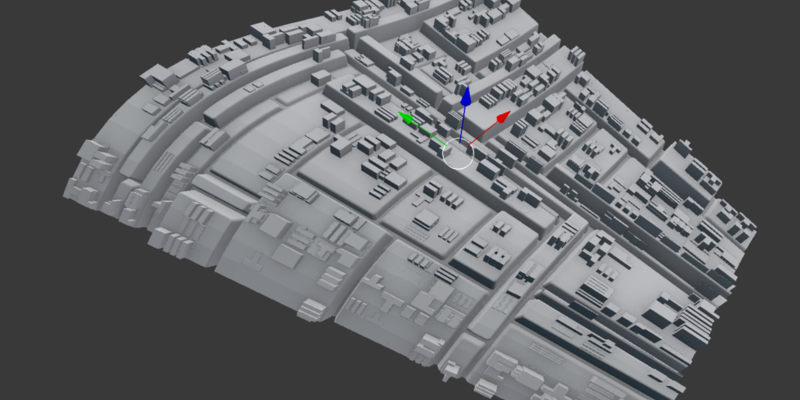 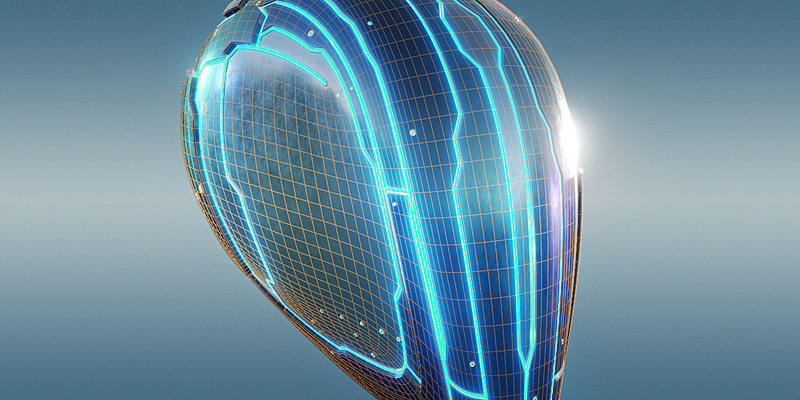 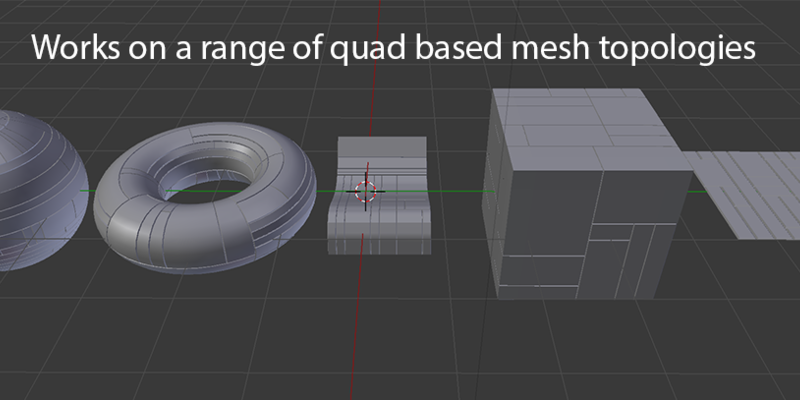 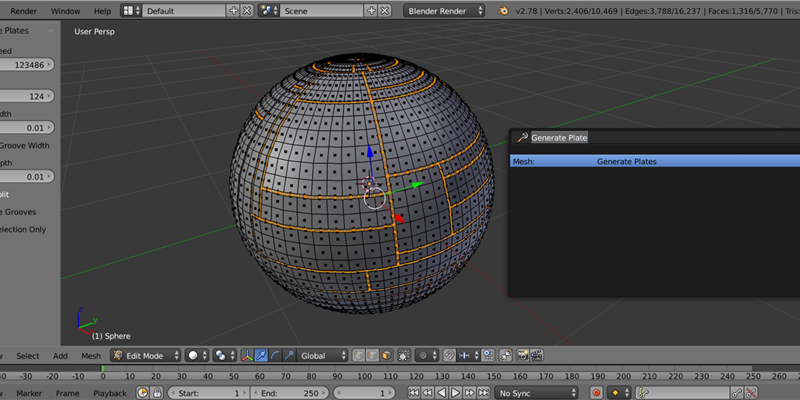 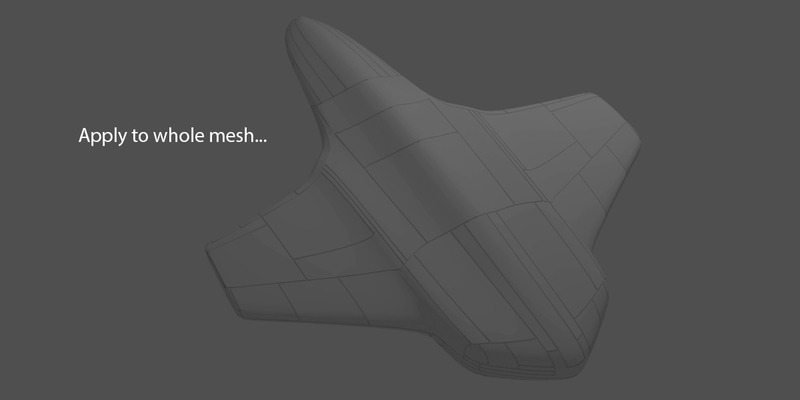 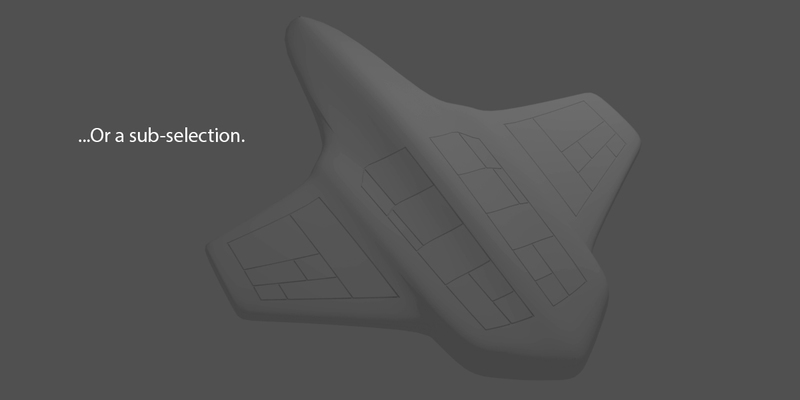 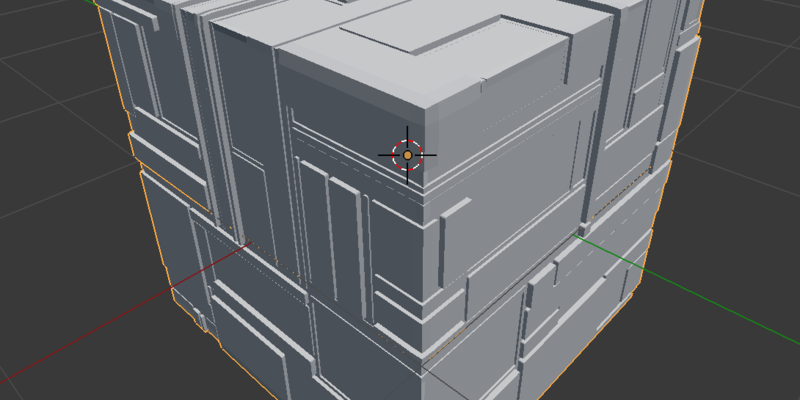 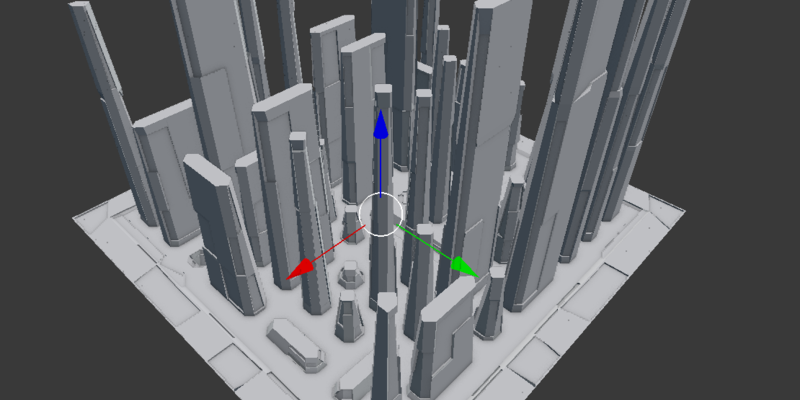 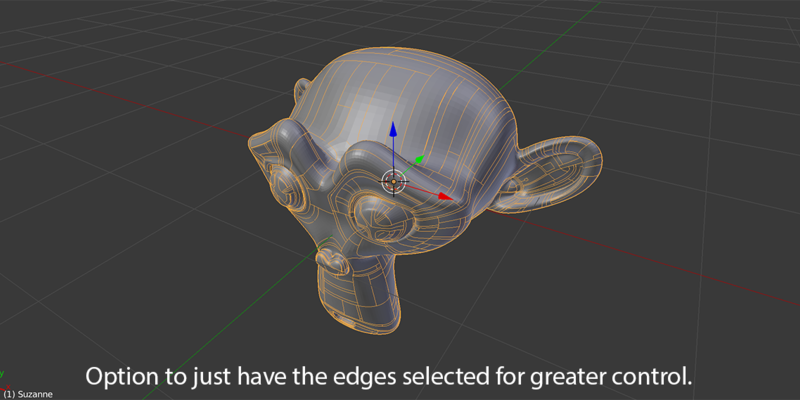 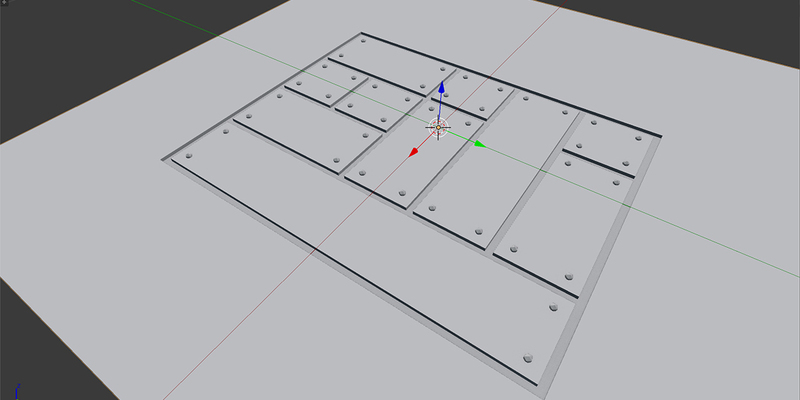 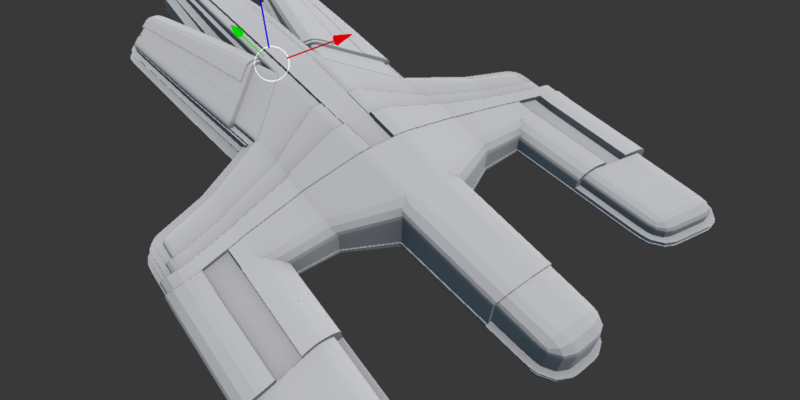 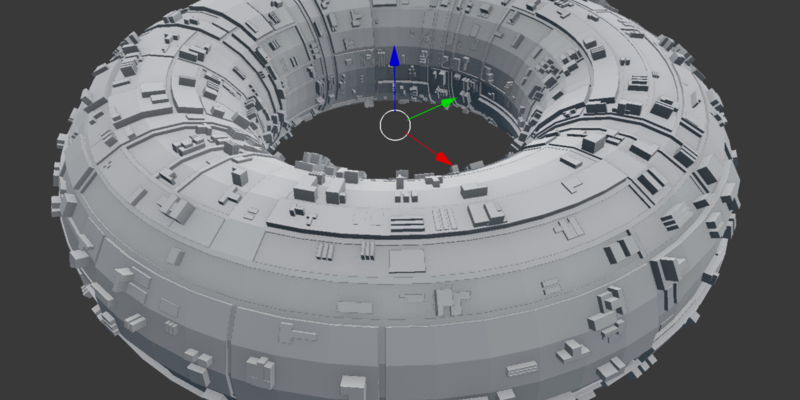 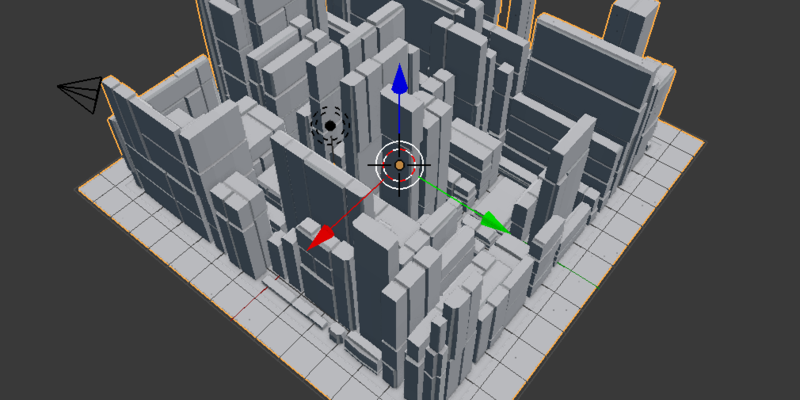 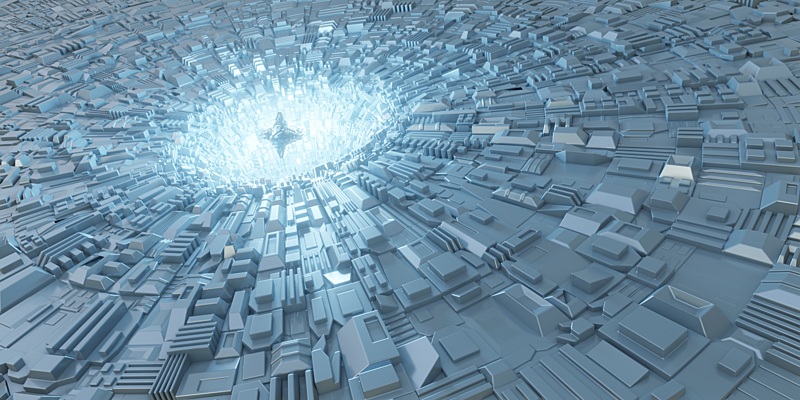 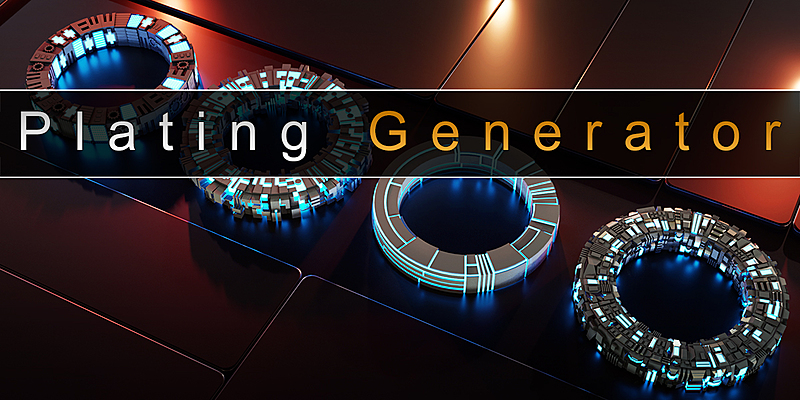 The Plating Generator being used on the Dynamic Jet 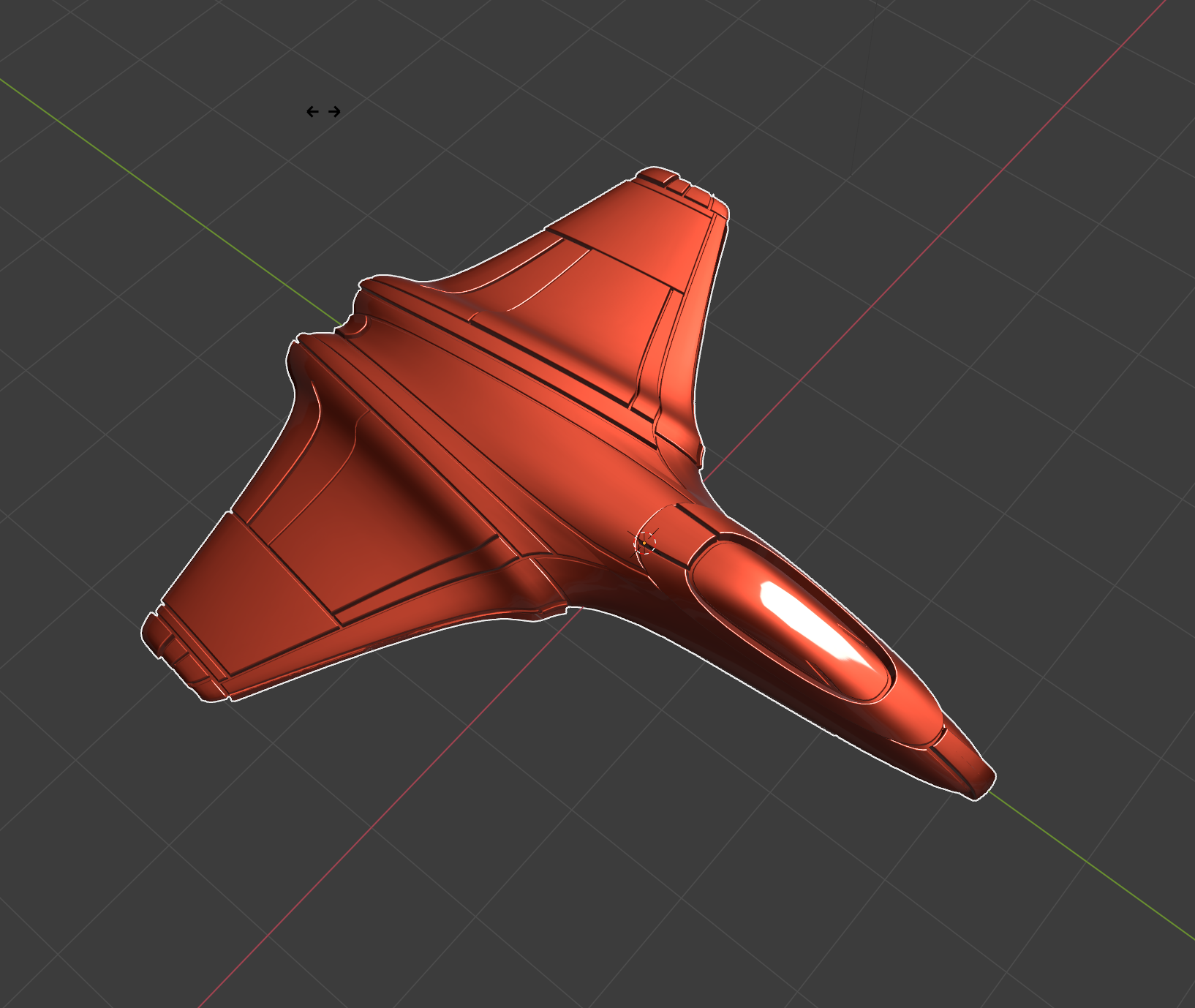 One of the most time consuming things I've found is how to create an interlocking plating pattern on meshes such as spaceship hulls.  The most effective method is to manually extrude edge loops over and over, which can be very time consuming. The more detailed you want the mesh to be, the longer it will take.

This add-on greatly speeds up the process, allowing you to quickly create a selection in a plating pattern and and extrude the edges accordingly.

The collection contains 271 3D meshes that you can use to spread across the walls and hulls of your spaceships, stations, futuristic cities and other projects you may have, in order to quickly make them look much more detailed and complicated in your final renders. 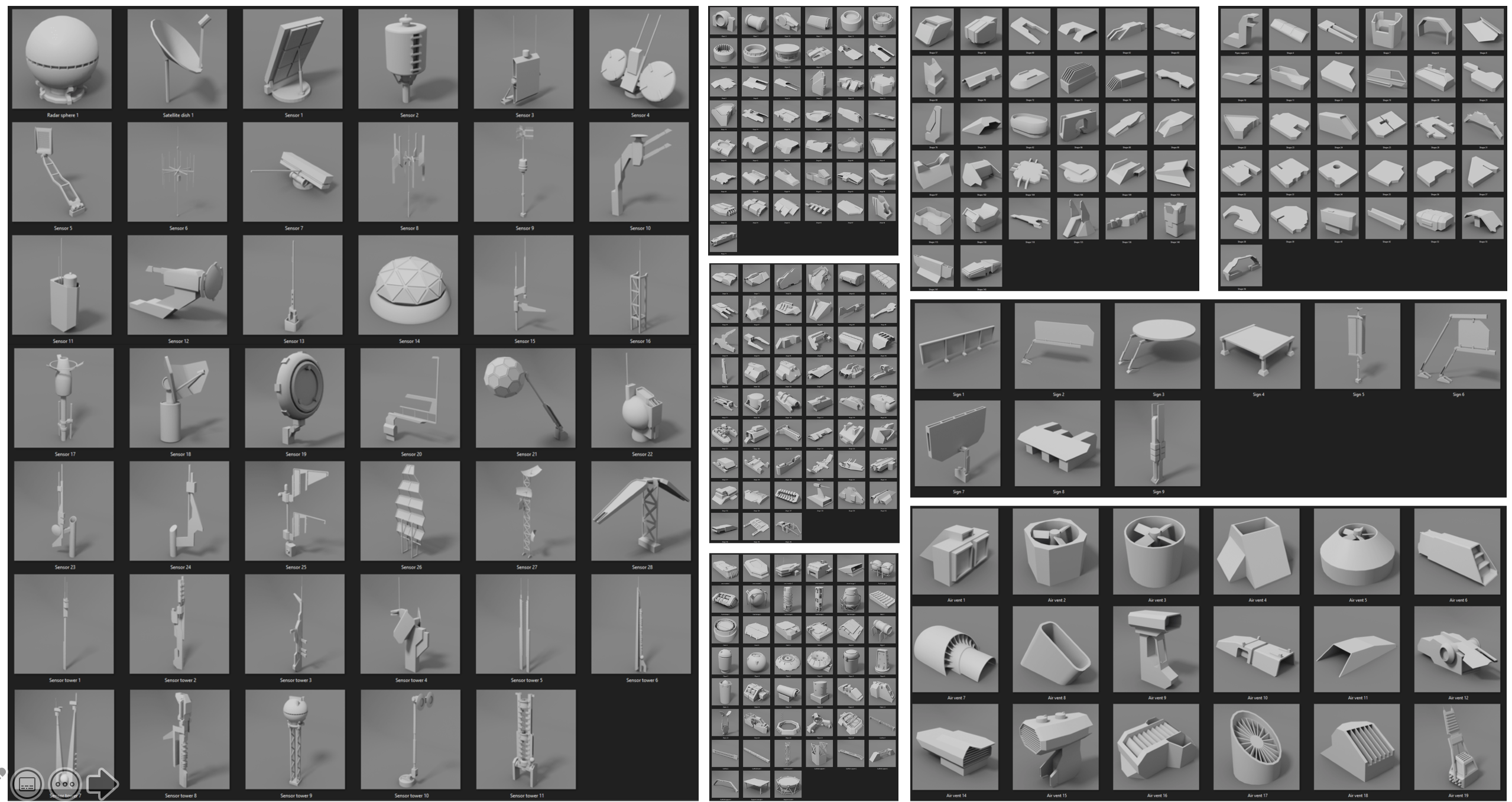 You can now create your own greeble libraries that can be loaded into Blender. You could even sell them on Blender Market if you wish. 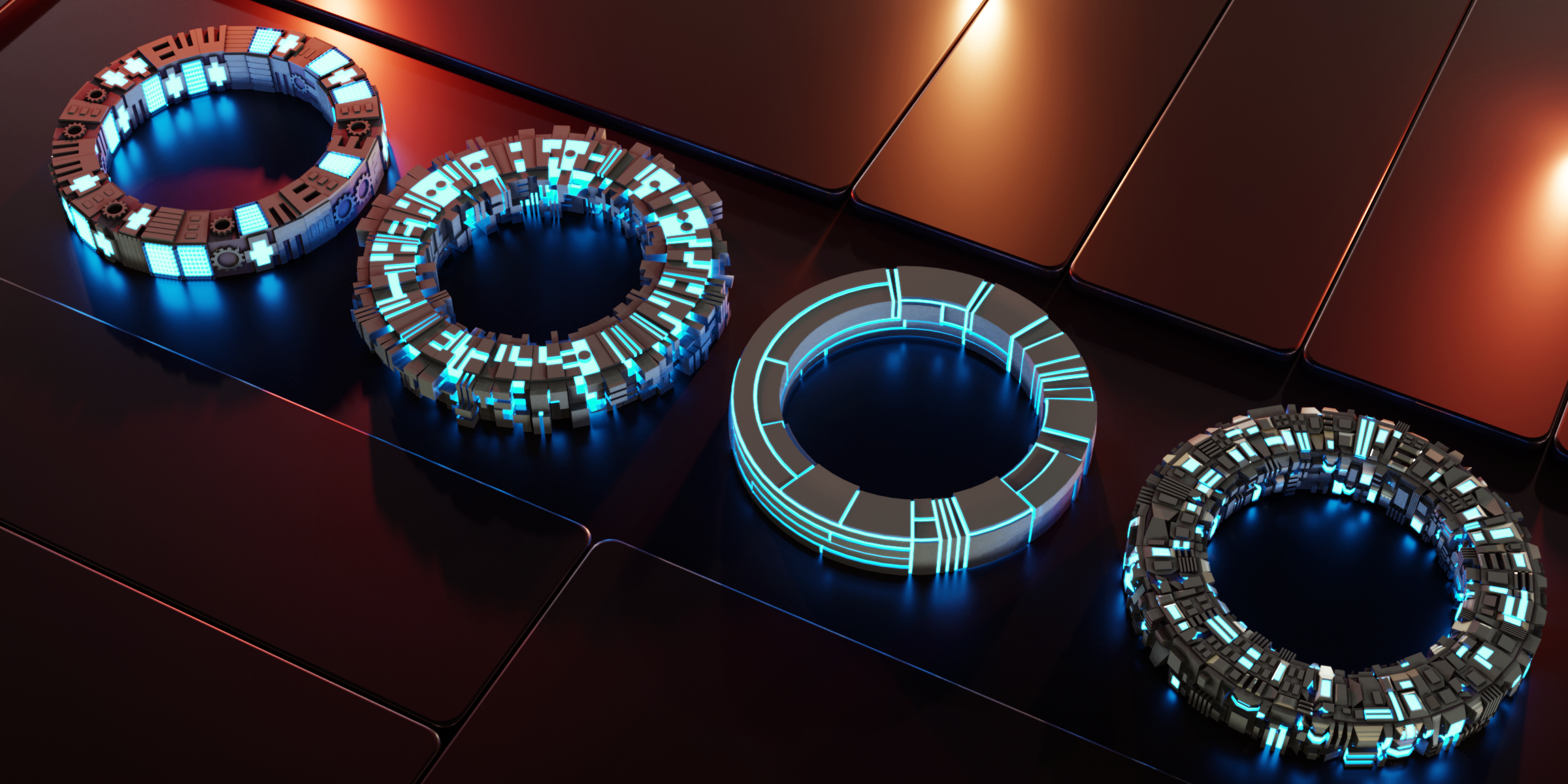 The update also comes with some example libraries and a user interface overhaul so that you can manage your greebles in a much more interactive way.

There is also a new Create New Object menu item which allows you to create the greebles separately from the main mesh, so that it won't change your original object.

Make your plating less destructive by using a new menu option which allows you to create plates separately from the main mesh:

Select Generate Plates (Create New Object) in the menu to get this effect:

Assign custom materials to the plates and grooves. See the documentation for more details:

The latest version provides you with the option to subdivide the faces at the same time as adding the plating effect. This is done by changing the 'Subdivisions' settings under the "Plating Pattern" section: 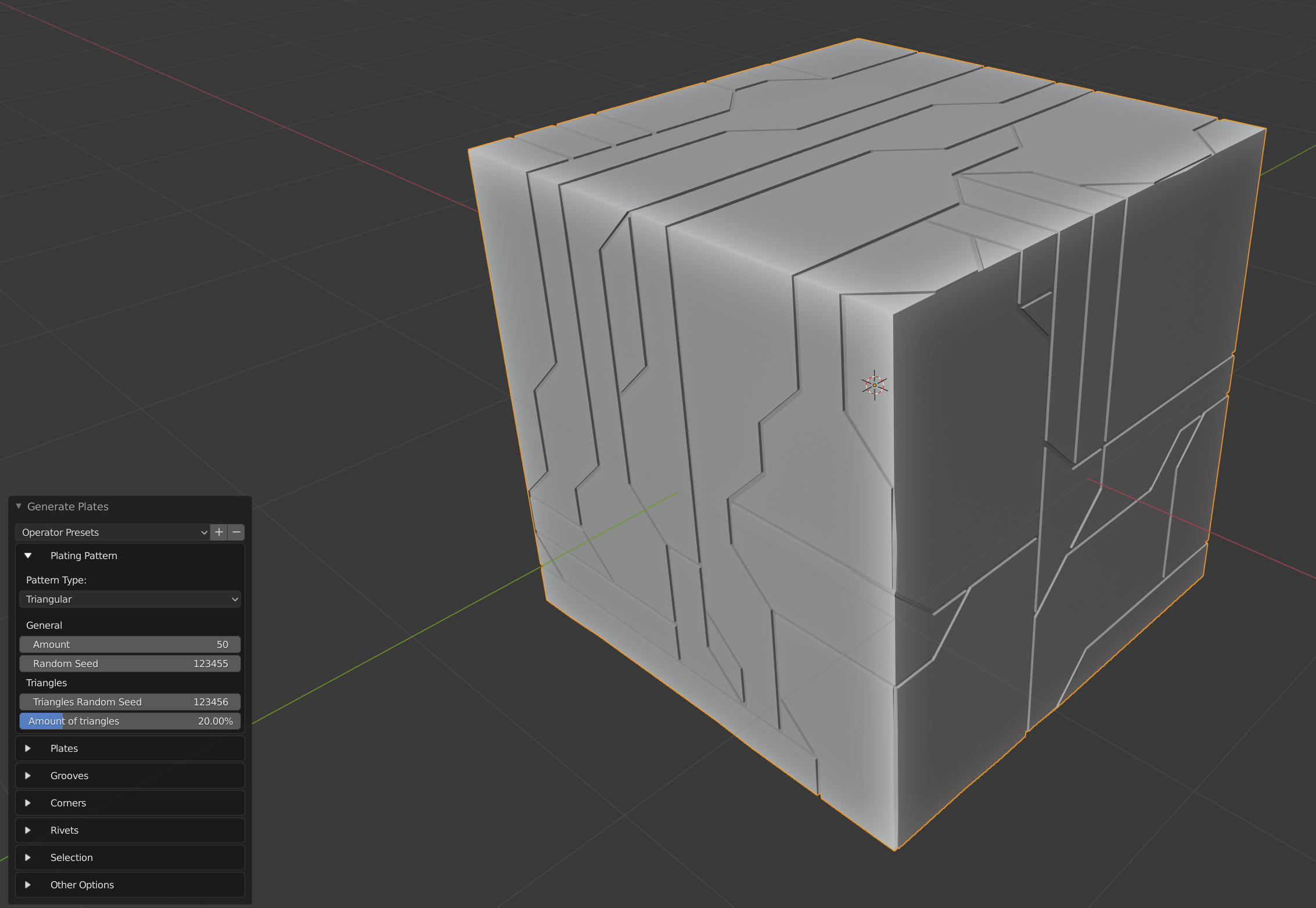 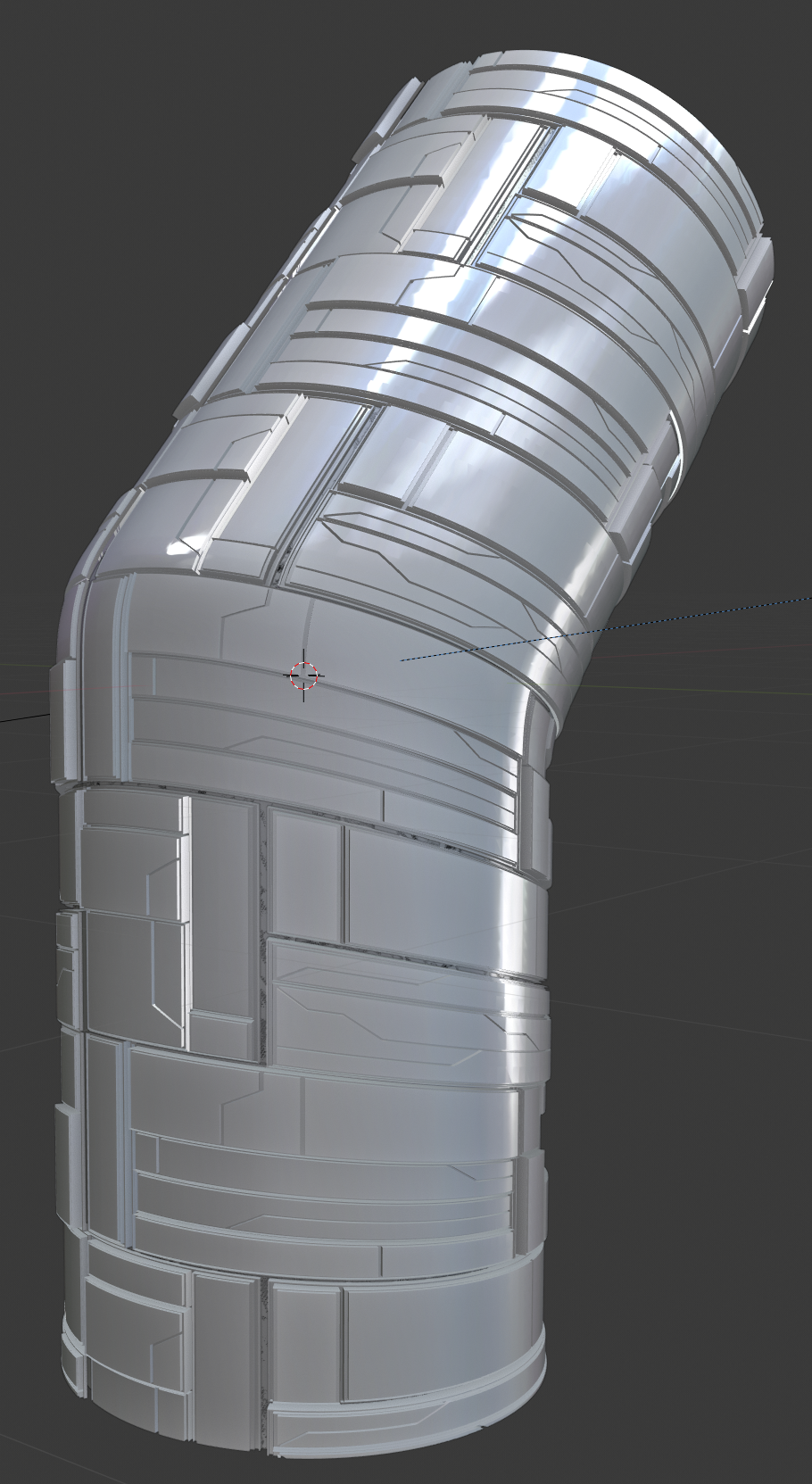 See the documentation for more details! 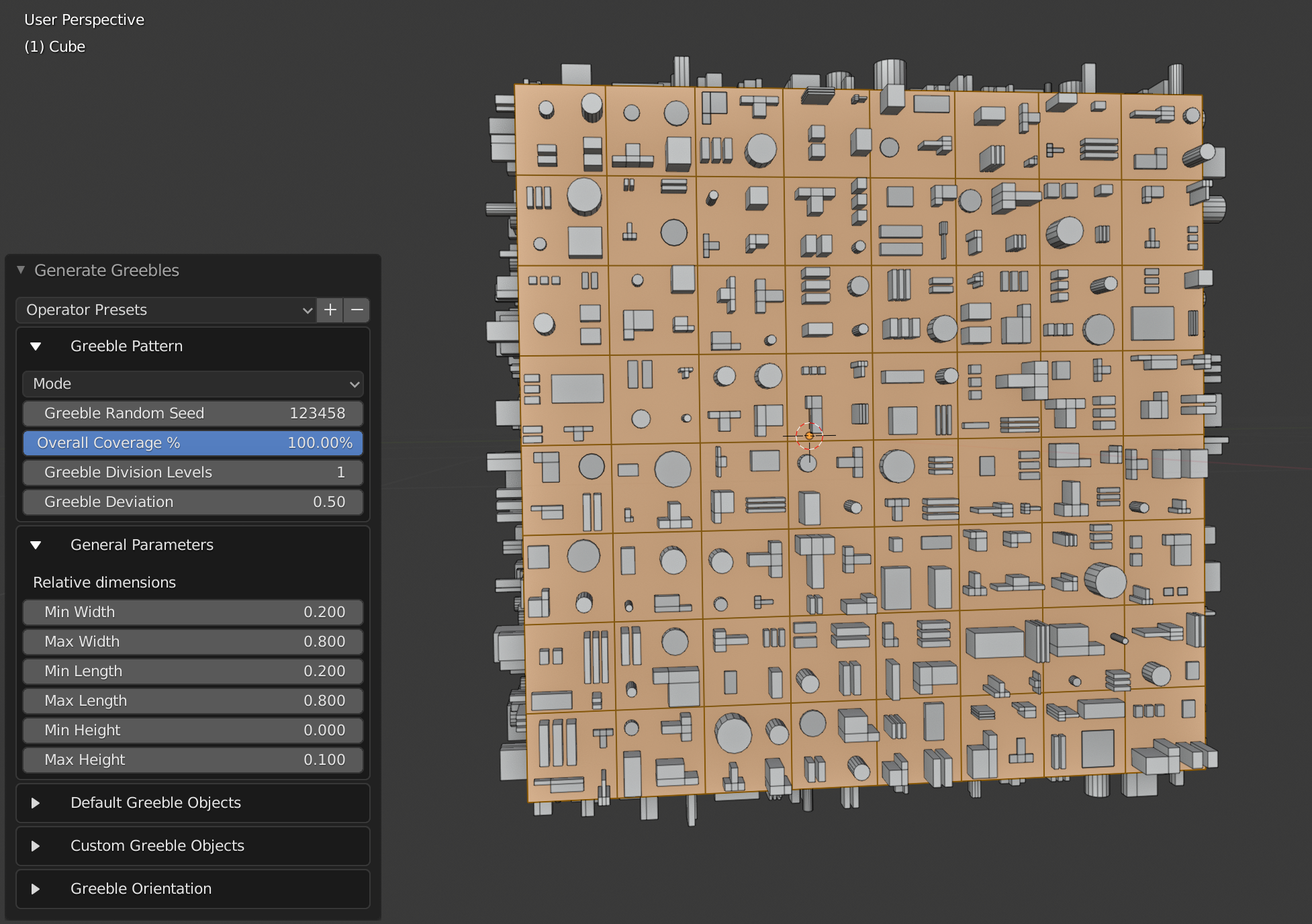 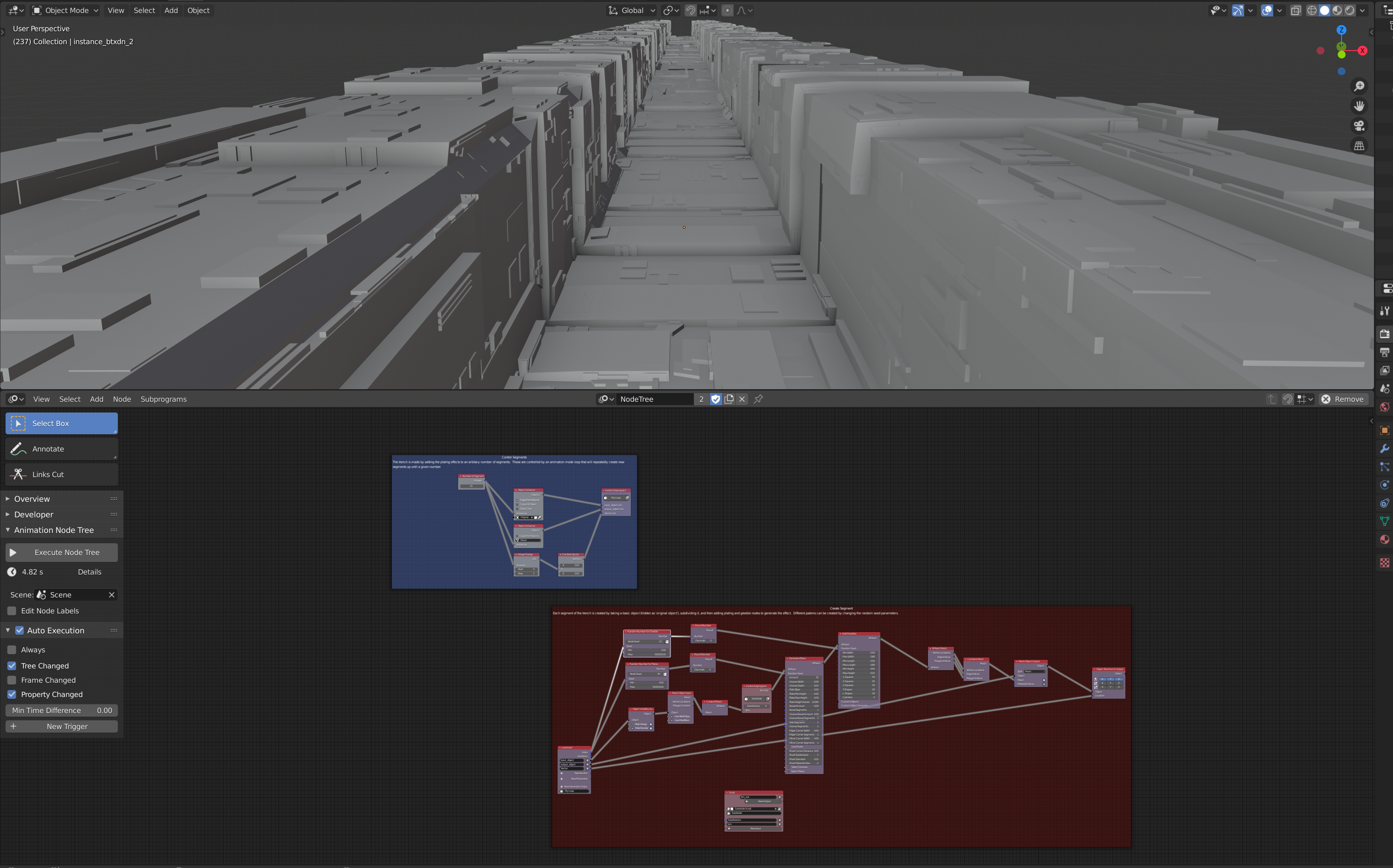 There is now an additional feature that will allow you to use the Plating and Greebles Generator as an add-on in the freely available Animation Nodes Blender framework.

I have included a zip file in the downloads section that contains a set of sample .blend files showcasing this feature, including the Death Star trench!

I now have similar functionality in the Shape Generator add-on that will allow you create even more complex objects:

Also, the both 2.7 and 2.8 version supports presets, so you can load and save your own settings, or reset to default! 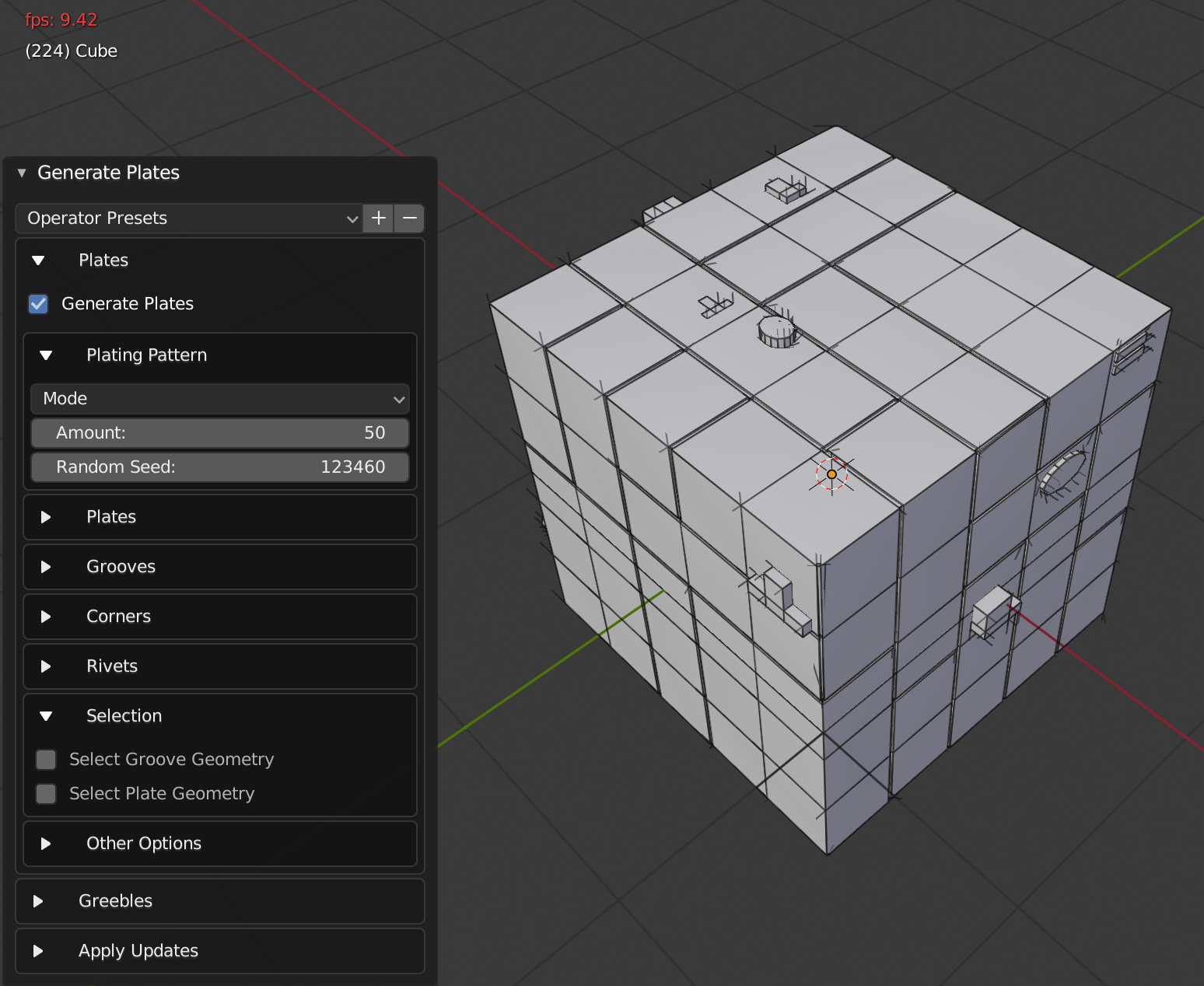 By request I have added an option to disable updates whilst you are working at high values, which will slow down Blender whilst you change them. Hope this helps people!

A significant update to the add-on (now add-ons) - Greebles.  See the demo video below:

You can choose to add Greebles to the Plating Generator add-on, or choose to add them as a completely seperate options.  You can also add up to 20 of your own Greeble objects. 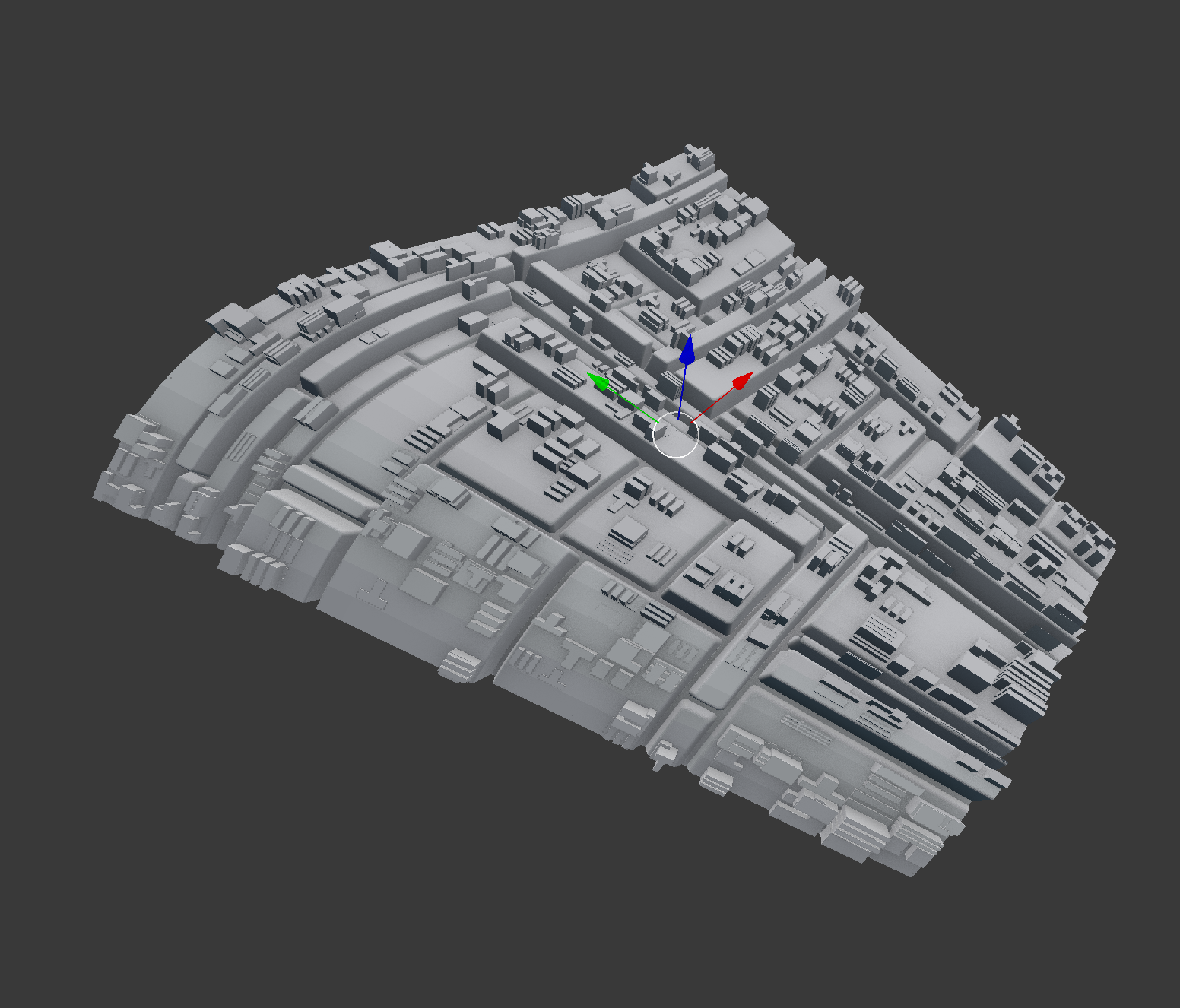 Other new features include a completely updated interface with collapsible panels.  See the documentation for mor information: 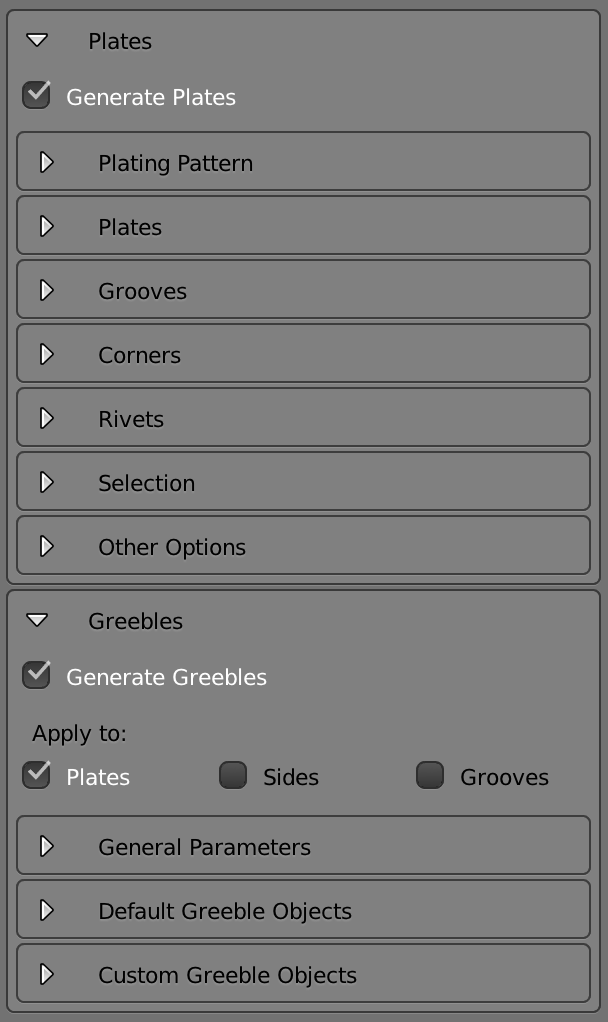 Thanks to the help of my testers, I have now released the Plating Generator 1.6.0 into the wild.  This version includes:

I have used these options combined with the Shape Generator to quickly create sci-fi spaceship models like this.  I plan on putting a video tutorial together on the subject so watch this space:

Several updates in this version:

Minor update to the corners feature whilst I work on other features - I've amended the code to handle a better effect in some cases:

This was bugging me so I've updated it! 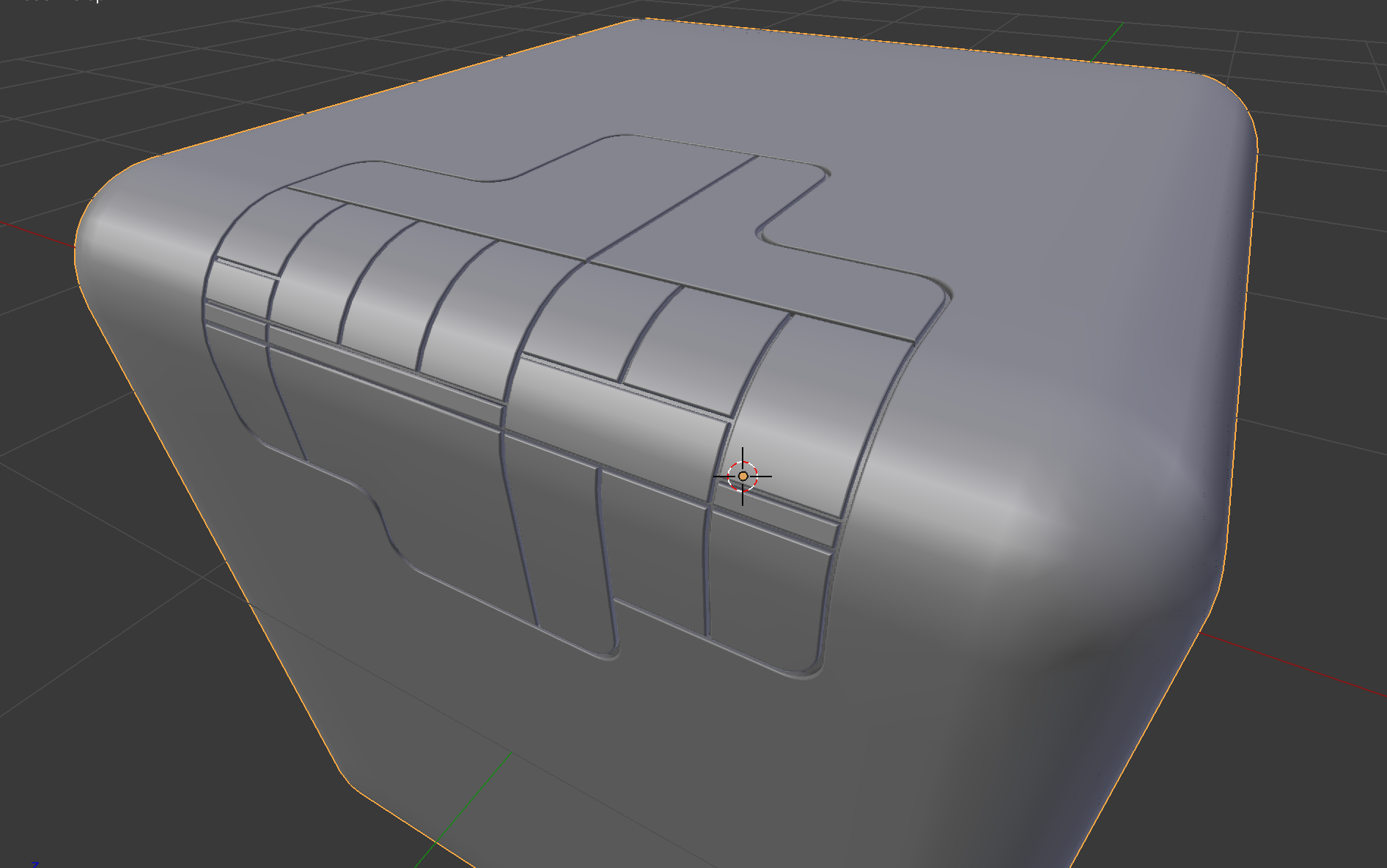 A host of new features this time.  If you already have the existing add-on, remove it under Blender User Preferences and download the new file from the same place on this website.  It is now in a zip file.

A video covering the updates is available here:

Next time: Rivets. I promise.

Any questions, let me know :) 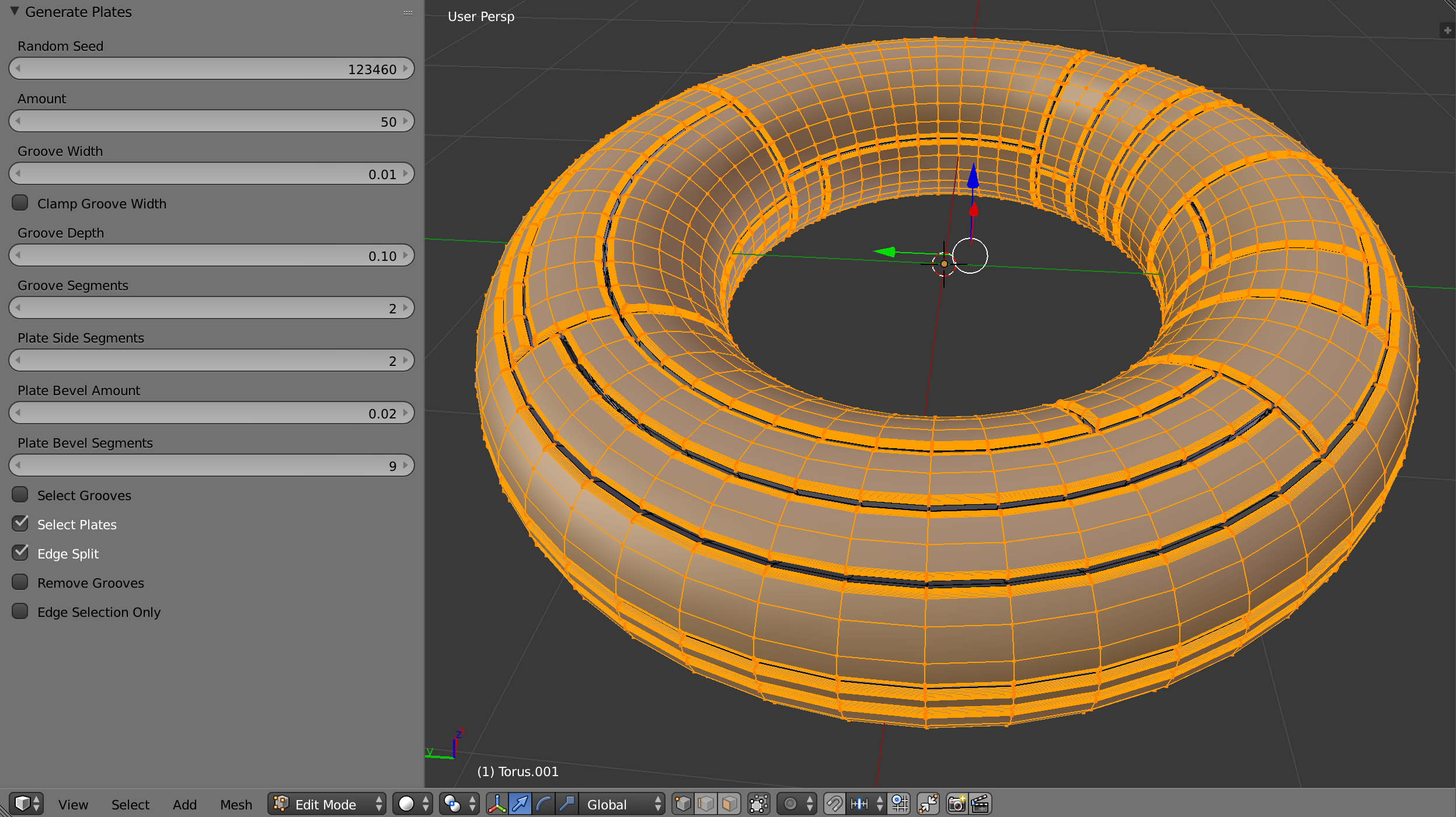 Based on requests, I have made some additions to the plating generator which are free to all current users:

A short demo video of the new features is here:

Note that when installing the new plating_1_2_0.py file, remove the existing plugin via the Blender User Preferences window beforehand: 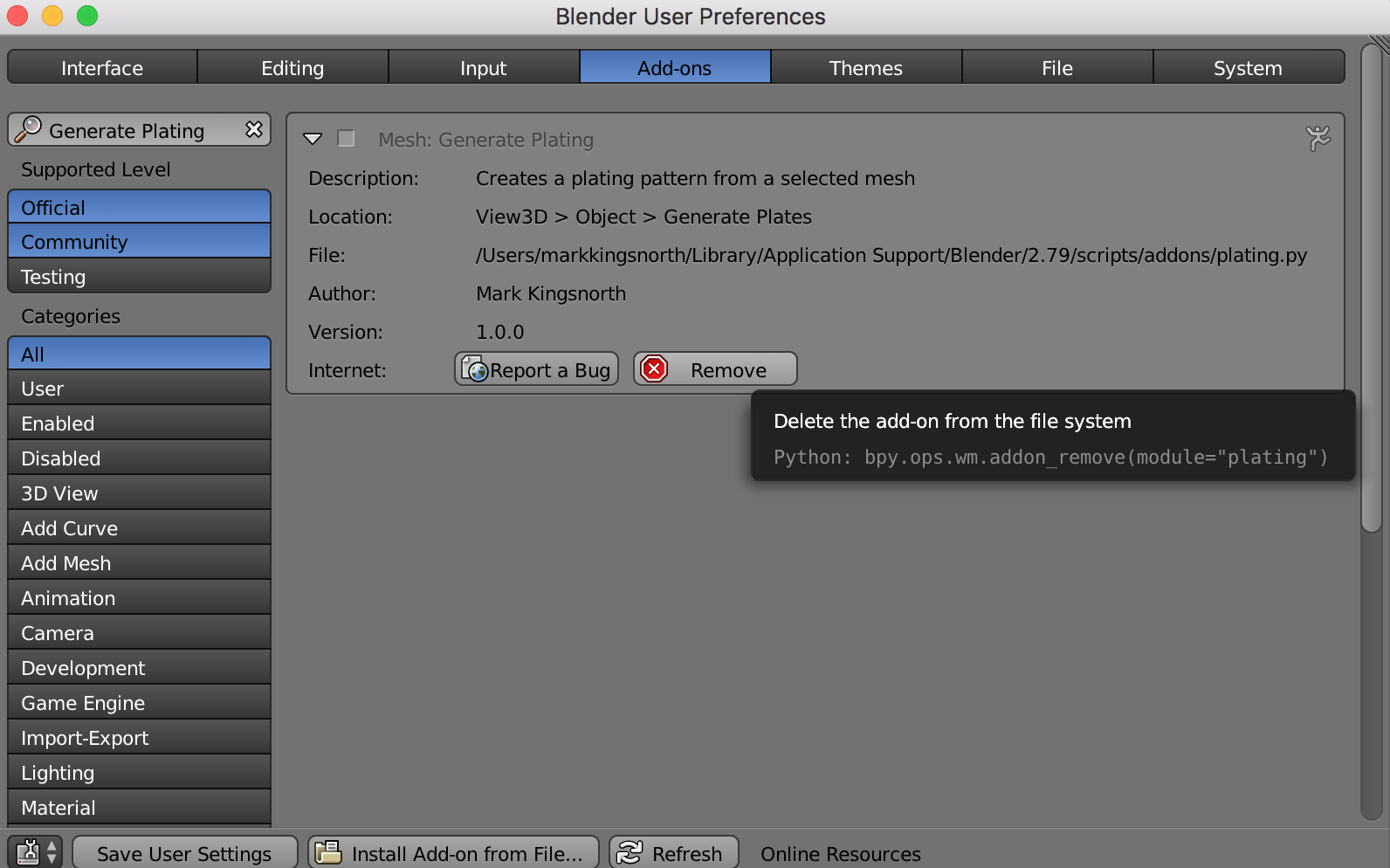 Any questions, do get in touch!