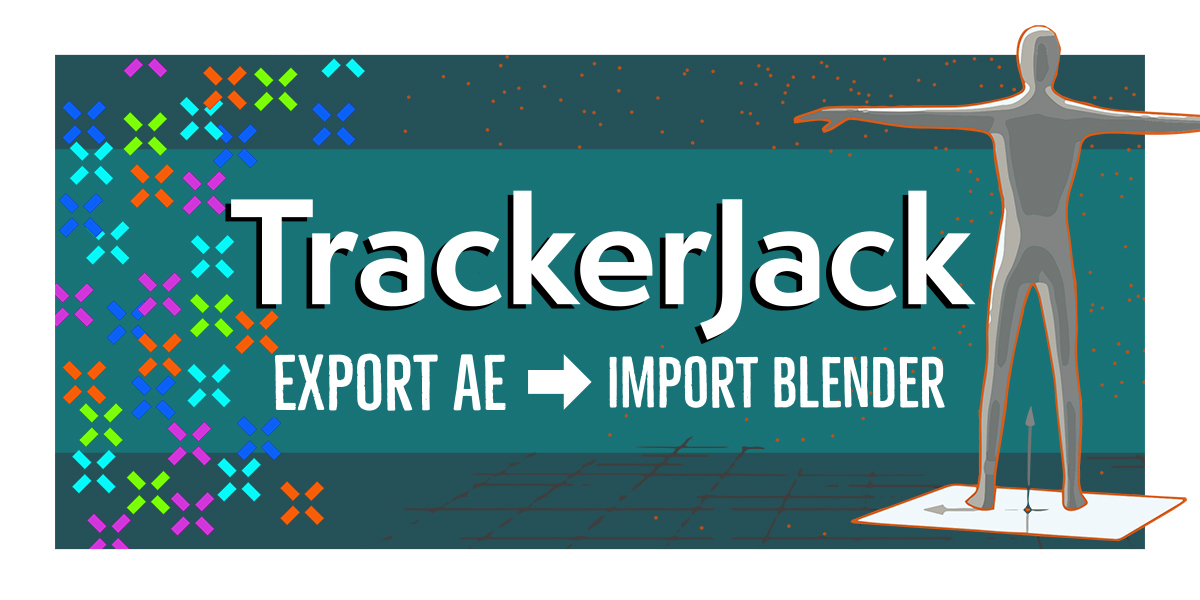 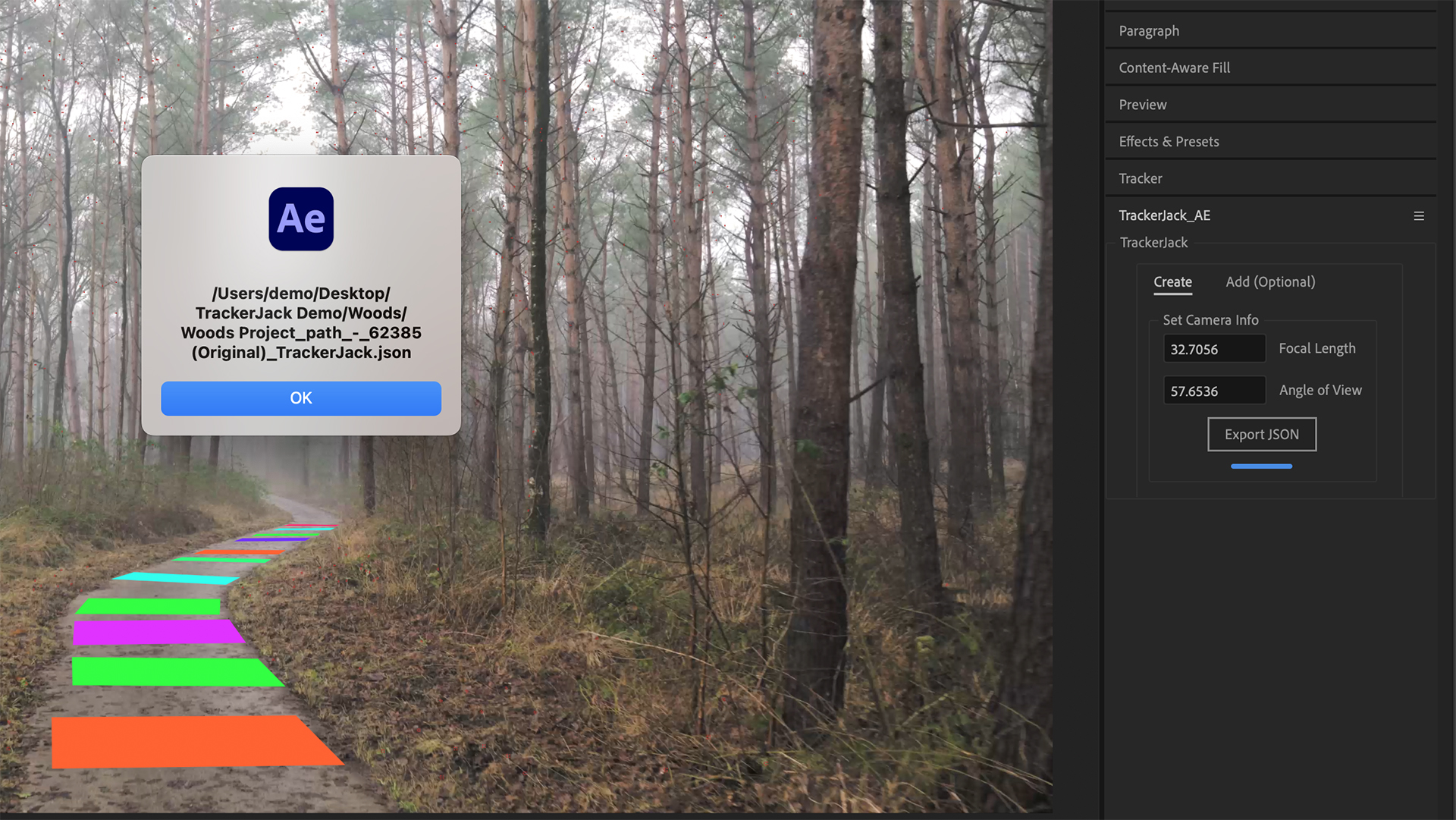 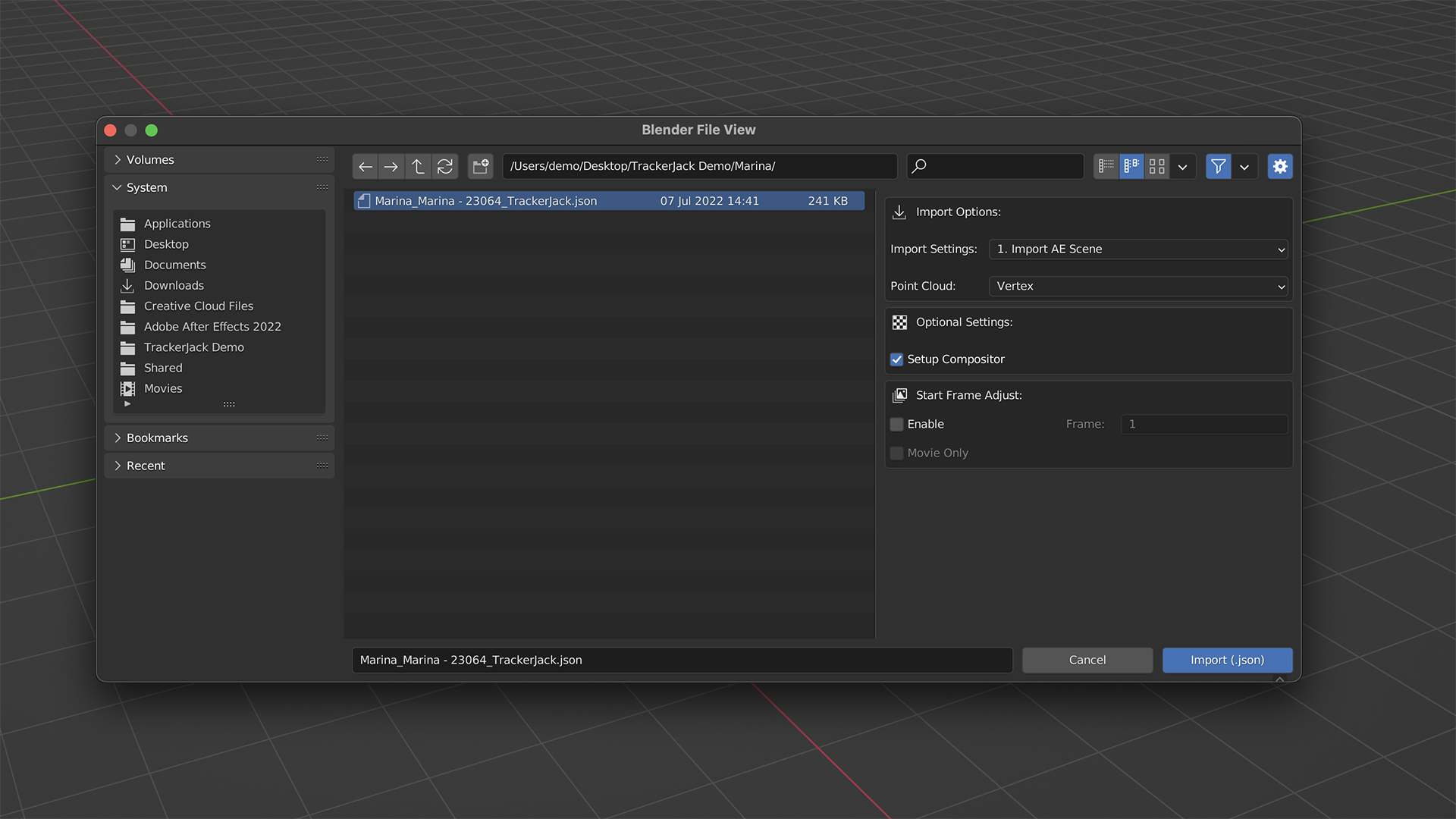 The fast and easy way to export After Effects 3d Camera tracked footage including cameras, nulls, and solids into Blender as tracked cameras with background footage, vector point clouds or empties, and planes.

Blender has a native 3d Tracker that is quite versatile, however it can be very cumbersome and time consuming, especially with longer and more complex scenes. Adobe After Effects has a very fast and easy to use 3d Camera Tracker. TrackerJack leverages the power and speed of After Effects, so you can spend more of your time in Blender with modeling, animating, and rendering.

What is imported or created?