by The Spiraloid Workshop Co. in Scripts and Addons

Click and choose the desired resolution (default is recommended).  press OK to begin the Render (Blender will pause while your scene is being rendered).

On completion a windows explorer shell will open and two images will be saved next to your .blend file using the same name.  If you then go to facebook and start a new post, you can drag the two files at once onto your post and facebook will create a 3D photo from the images. 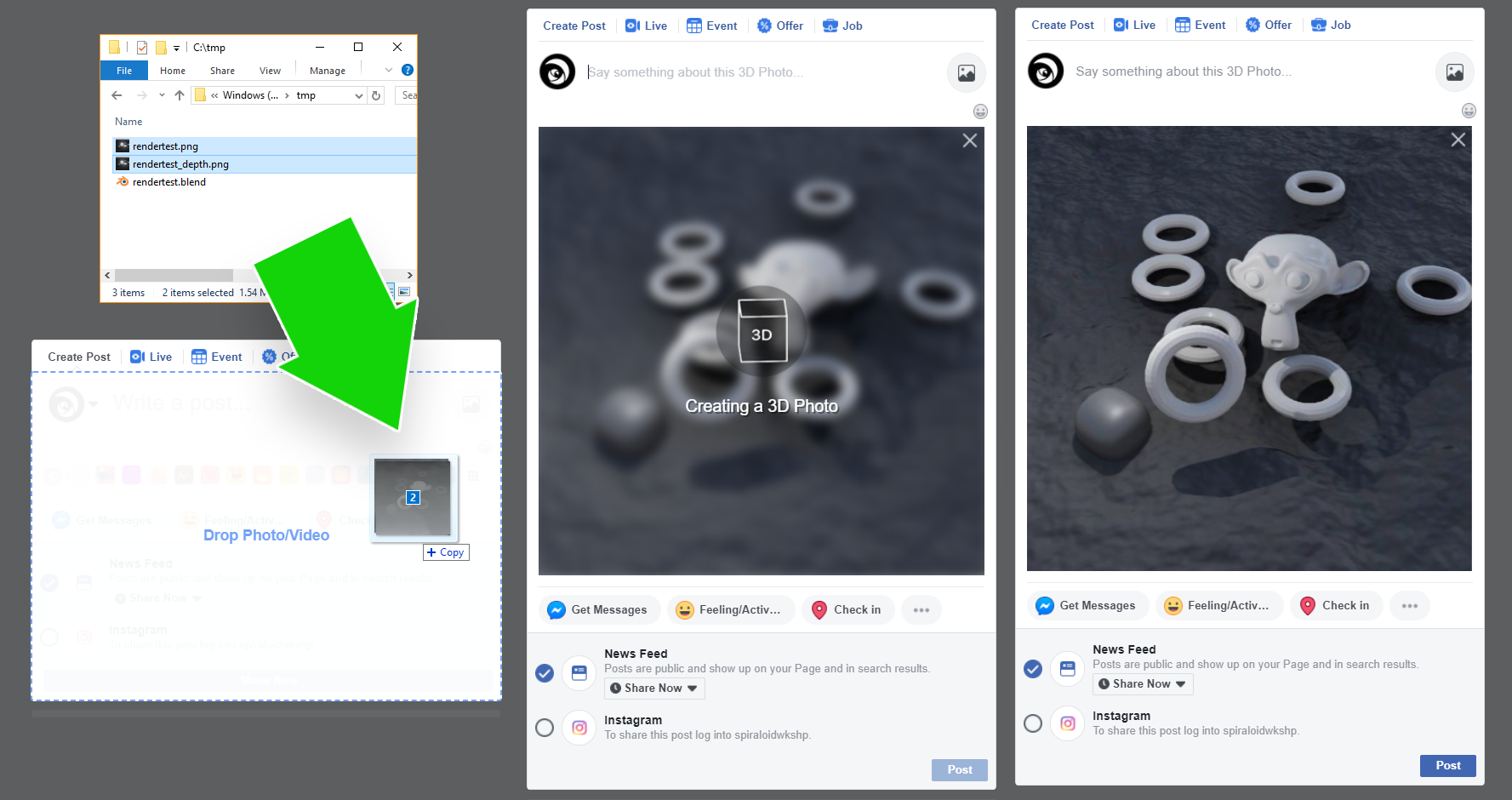 -After you click Render 3D Photo, the composite nodes are still in the scene if you wish to adjust the gamma on the depth image for further tuning.   note, they will need have the mandatory .0001. padding numbers removed from the name after you manually re-render.    if you would like to get the full depth ctrl+x the add and divide nodes, if you do this be aware that infinite depth and can cause white tearing artifacts in facebook 3D posts.  It's recommended to put a cyc or object behind the scene for best results.  Adjusting your render camera near and far clipping planes can also help (although the depth is normalized by the addon)

here are some examples how an icosphere can be setup around your scene.  The firsthas a background shader on it.  Set the strength to zero and shadow mode to alpha blender (for eevee).  it will render in depth, but be unseen in the color image.  adjust it to be as close as possible  behind your scene. 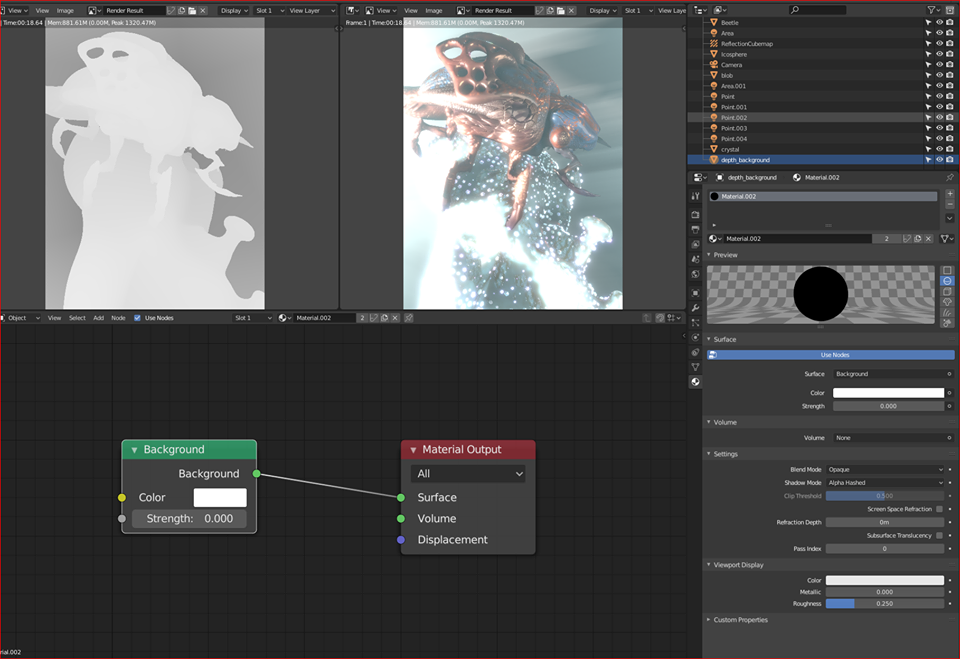 -for advanced user rendering with cycles and HDR,  be sure the background mesh that you are using to set the depth behind your scene (like the icosphere in pic) is has it's "shadow catcher" checkbox set to "true" so that it will only be seen in the depth render.  after you