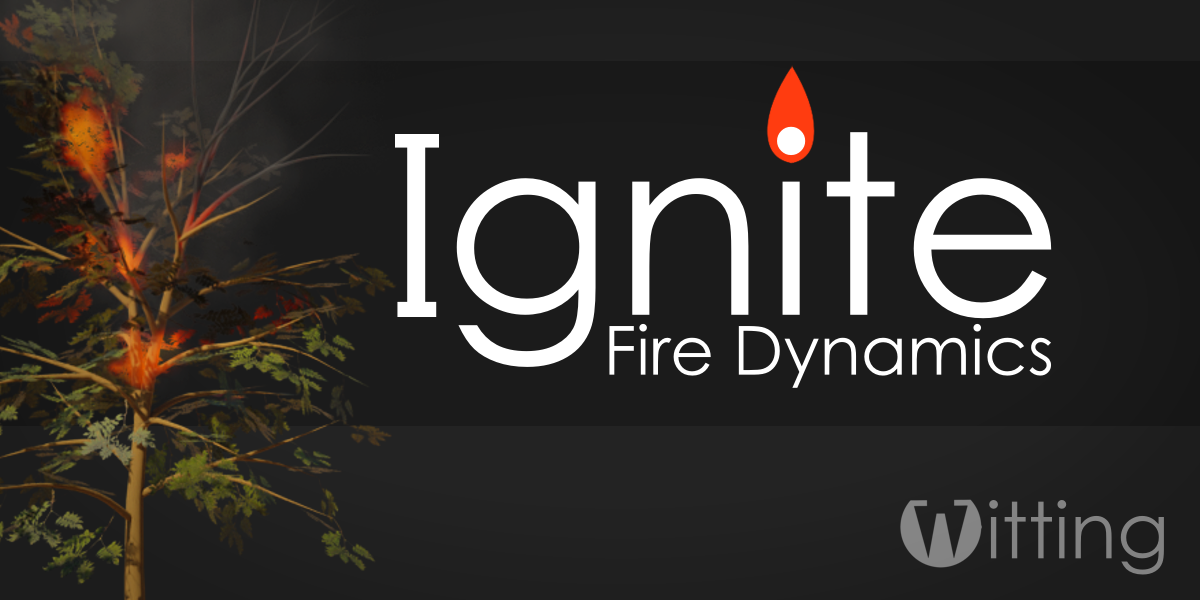 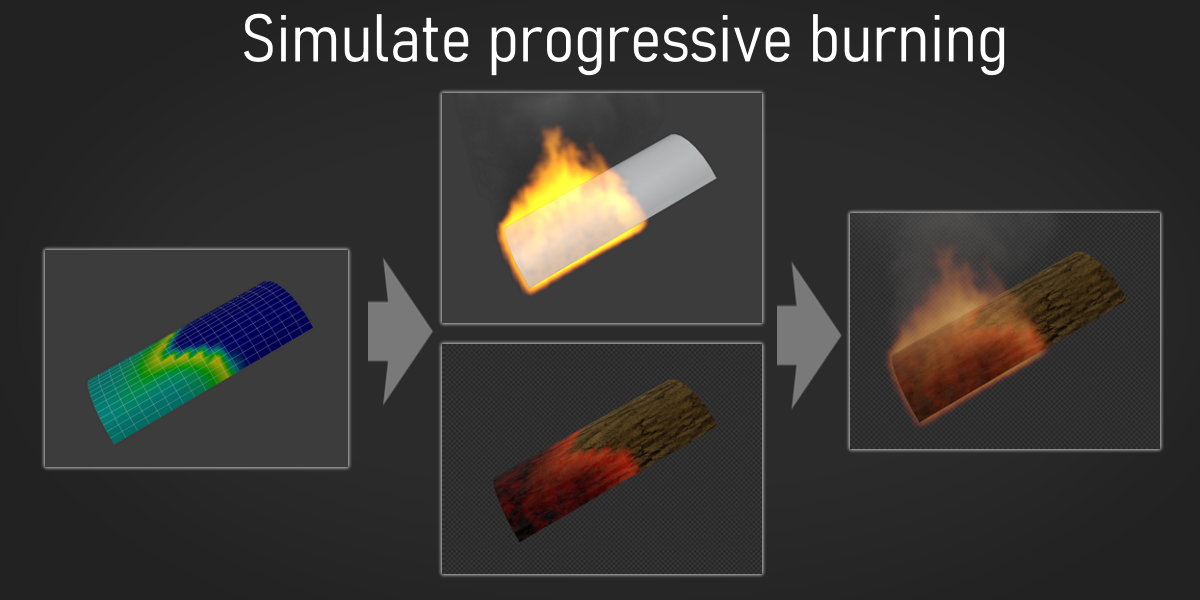 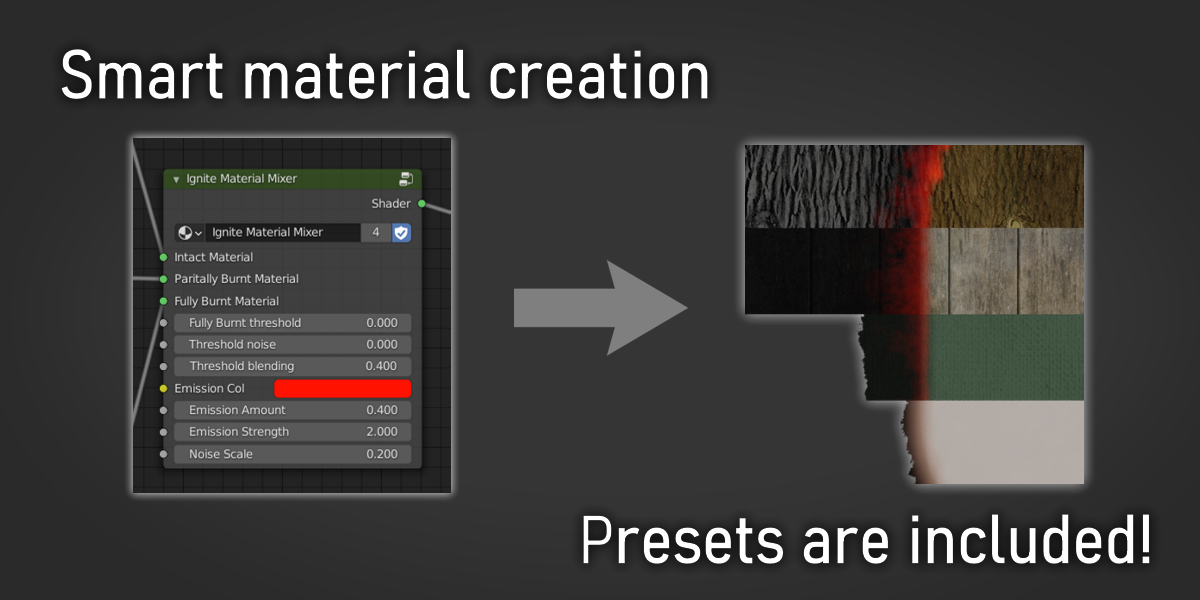 Ignite adds a completely new type of physics simulation to Blender. Up until now, “fire” simulations were always static: flames just came endlessly from the same spot.
Instead, with Ignite, you can start a small fire and watch it spread and consume the object. As heat spreads over the surface and through the air, the material burns up and leaves behind charred surfaces.

Materials change as they go through the stages of burning. It’s possible to create fully customized dynamic shaders, limited only by your creativity. There is also a node group included for easy material mixing, as well as complete material presets. So, there is minimal time and effort required to get started, while also being customizable if needed.

Effortlessly make flames appear from the Ignite simulation. This makes use of Blender’s built-in flame and smoke functions, so it is compatible with addons like Blaze, Wisp or Khaos. The flames will move over the surface according to the simulation and match perfectly with the material changing.

What you get if you purchase Ignite:

The story behind it

While I was writing this description, it was difficult to make the distinction between Blender's built-in fire simulation and Ignite clear. It sounds as if they both do the same thing: simulate fire, but that is not the case.

It's always been possible to make flames appear on the screen. However, flames are just a side effect. Fire is the chain reaction when a material ignites, generates heat and flames, consumes fuel and ignites the surroundings. This process was impossible to simulate (or fake in a realistic way).

As a solution, I made a fire simulation to take care of the missing effects. Through vertex groups and attributes, the simulation integrated with shader nodes and the existing flame simulation. From there it grew into the addon that is it today.

If you have any questions before purchasing, feel free to use the FAQ or "Ask A Question" feature and I will try to respond personally. Support doesn't end with a purchase though;
There is an extensive documentation available here on Blendermarket. If you can't find what you're looking for there, I will be glad to both help you and update the documentation, so that others don't encounter the same problem.