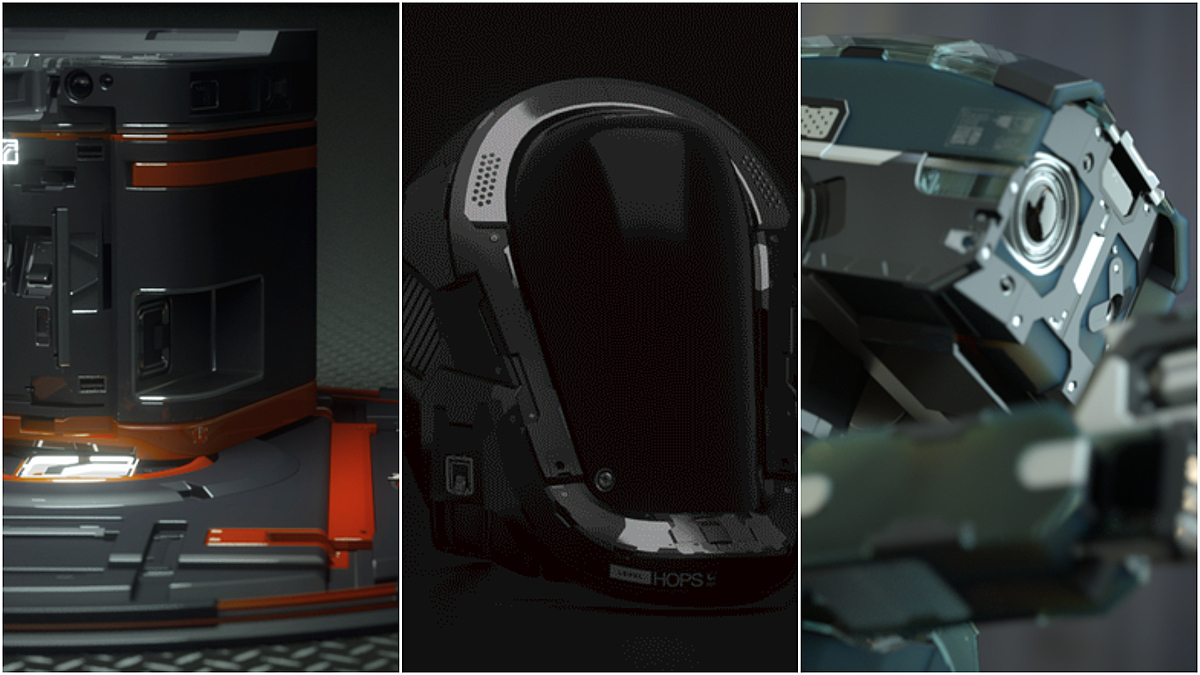 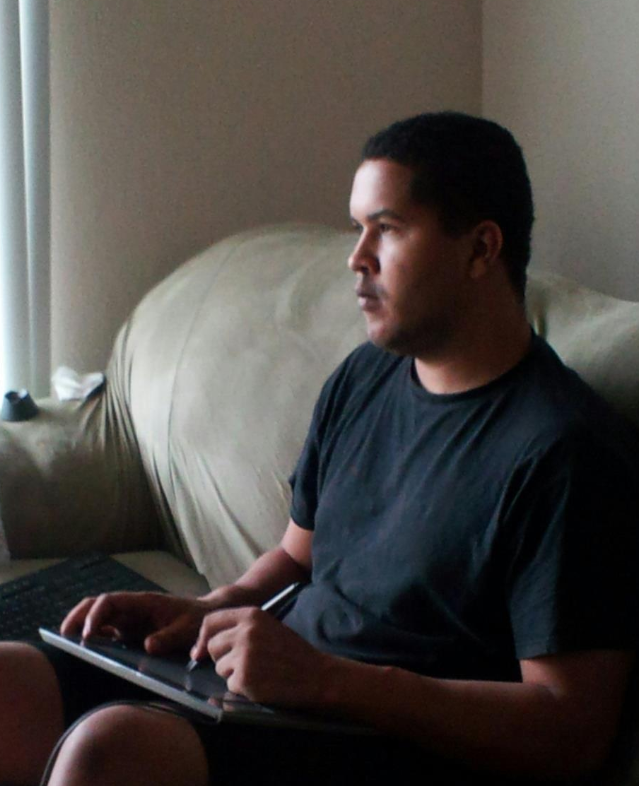 From not being able to pay bills to selling thousands of addons, Jerry Perkins is the ultimate Blender Market success story.

Hardops and BoxCutter are among the most popular Blender tools and Jerry's TeamC is continuously improving them for the community.

HardOps is a suite for hard surface modeling, BoxCutter is a tool focused on cutting.

Jerry, how did you get started with Blender?

As strange as it sounds, I know exactly when I started: on Feb 1st, 2010. I tried to start on a date that would be easy to remember. Initially, I was looking to get into web design with Actionscript and Papervision. In this book, they discussed putting 3D assets on a webpage. I was very interested in that.

They suggested Maya, Max and this program called Blender. To be honest, the thing that attracted me to Blender most was its portability and size. This 3D app can fit on a pen drive and requires no installer? Awesome! The fact that it was free was also nice but the portability was the main seller for me.

Why was Blender's portability so important to you?

I used to have a job in a call center and during that, I would run a 3D suite off of a pen drive. The PCs were so locked down I couldn't even look up technical support for a question, but Blender worked.

I think through that experience, Blender and I became brothers in arms. After a while, I wouldn't even answer the phone unless Blender was open to occupy the other 95% of my mind while handling customer requests. 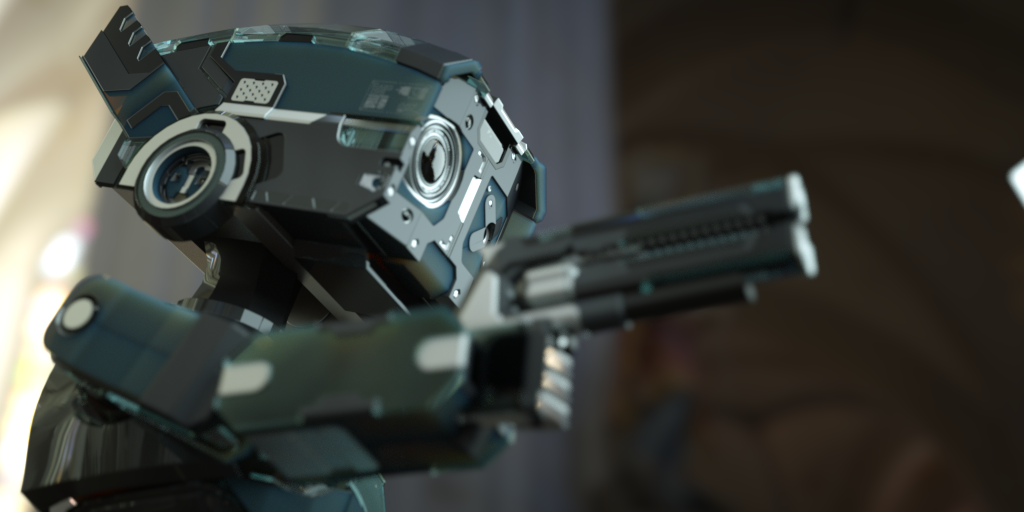 HardOps is a toolset for streamlining hard surface workflow in Blender

You've been using Blender since 2.4x. What are your thoughts on 2.8 so far?

Blender 2.8 is a dramatic improvement to 2.79. Three crucial workflows were improved when we entered the 2.8 era: booleans, mirroring, and bevel.

Booleans feel faster than ever and even more stable. Mirroring without splitting allows for a manifold object to remain whole and opens the door for sorting. Bevel is my favorite. With additional mitering options, we can now stack bevels and booleans and still bevel only what is specifically needed. As a hard surface modeler, I couldn't ask for more.

A few things in 2.8 drive me crazy but they are so minor in the face of what we have been given. Timeline control is strange with LMB. The topbar is hidden by default when Blender is loaded, even in sculpt and draw starting scenes. A lot of good hotkeys were lost in the transition. But these things are so minor and I am sure in the future they will improve.

HardOps "is a tool of mass construction and mass concepting."

Why did you decide to start selling your products on Blender Market?

We initially started with Gumroad but felt Blender Market is the premier market for Blender users. I was actually pleasantly surprised to see Blender Market holding the most potential for evolution by being patient and providing an ear to sellers.

Many of the things I wanted as a seller are available on Blender Market, like useful analytics and a comprehensive support system. Blender Market has gone from just being another store to being "THE" store for me.

You sell your addons under the name TeamC. Why?

What can I say - I am an anime fan! TeamC is a play on Naruto's Team7. It's short for TeamCsharp, because people said the full name sound like an acapella band!

I suppose I would be the leader of TeamC but that's not how I see myself. I'm just making sure the user experience is intuitive and enjoyable, handling customer support and our content while ensuring the machine keeps turning. I almost consider myself the lead salesperson or tier 2 support.

How do you decide what add-ons to create with TeamC?

We try to limit the number of tools to keep our focus. HardOps and BoxCutter are our flagships. By focusing on two tools, we keep them alive easier and bundle them together when needed.

BoxCutter is a tool of simplicity. It just cuts! This forces us to focus on boolean cutting and filter out things that don't fit. We intended BoxCutter to be simple and quick. If an action cannot be done in 2 clicks, then it's a HardOps feature, not BoxCutter.

HardOps is a tool of systems, which means we can add almost anything to expand its capabilities.

Initially, HardOps was going to be a book about hard surface modeling. When I met Adrian Rutkowski, we discussed workflows and ideas but in the end, the book became a tool. It was born from our personal professional needs and, in a way, that still dictates how we work now.

For HardOps, our true opponent is keystrokes and clicks. We aim to reduce and remove clicks from the standard Blender experience.

BoxCutter is a Boolean system designed for cutting

How has your success on Blender Market impacted what you do?

It has impacted me greatly. The success of Blender Market has added stability to our model and allows us to fund Blender as well, which is the greatest honor I could have.

Before HardOps existed there used to be this monthly moment I called "rent crisis". Worrying about rent and food bills will massacre the artistic process and affect thinking. It's a vicious cycle.

Tools that I sell for Blender now also result in jobs and other opportunities that I could not have ever imagined. I used to get freelance jobs to fund dev on tools, but now the tools are capable of funding themselves!

No more maxing out my credit cards. Internally, I am big on ensuring coders have a clear mind and life to focus on what is needed.

What is your advice to others who want to start using Blender professionally?

For the first 5 years, I was made fun of for using Blender. I always felt that art should speak for itself.

As I improved in proficiency, these same people began getting curious about Blender. Many jobs involved me forcing people to see that Blender is truly capable in a pipeline. But, in the end, Blender is getting the respect it deserves.

Networking is essential, just like connecting and maintaining your connections. The best job I ever got was from writing a YouTube comment saying I liked someone's idea and wanted to do something similar.

Opportunity comes from unexpected places, so the public perception of who you are is also important. I try not to write things I wouldn't want a client to find. The climate these days is so volatile that you could express distaste in a movie and accidentally blacklist yourself from a future career path.

I got a fully loaded AMD PC and got to be on a Theadripper 2 reveal all because of a lunch date that never happened!

Life is odd. Never shut out opportunity. Be grateful. Life is miserable for others. Also if Blender enriches you personally, enrich the community as well. It's essential. Support your customers when they do something as well. People will remember you.

How do you see the future of Blender?

Greatness. Blender is going to be great.

While I dream of things like UDIM, sculpting improvements and even more scene geometry, I see that Blender improves multifold on the way to any single goal. Renders used to be 3-9mins a frame. Now they are 2-3 seconds. The future is looking bright!

If you could give yourself one piece of advice 10 years ago, what would you say?

Keep on. I don't regret anything from my 9 years of Blender. I feel that my previous tech support job trained me for tech support with products. All the experiences and hardships up to this point taught me how to treat people and carry out a goal with focus. If I changed anything in my past, maybe Adrian and I wouldn't have met at all.

Because when it comes to HardOps the most crucial element is Adrian Rutkowski. He has been with HardOps since the beginning and even made the initial BoxCutter prototype back in 2.79. Now BoxCutter has been handed off to Proxe who has been able to give it the time and love it needs in this 2.8 era.

You must get a lot of feature requests from users, what's your process for keeping the development focused?

I have the list of lists. If users express a need, we take it into consideration and attempt to brainstorm a solution.

Since we limited the scopes of the tools to a system (HardOps) or a tool (BoxCutter ) it has allowed us to keep things simple and focused.

After each release, we meet to discuss what is next and talk about the viability of new ideas.

In a way, the suggestions from users keep the tools going because anyone can suggest the spark for the next idea. Ideas aren't always perfect. Sometimes they are rough and need to be polished. When they are not feasible at that time it gets listed for later.

What are some of the changes you have implemented?

For example, BoxCutter was once simply a red box. We decided on that color theme and it then grew to the idea of assigning meanings to other colors: purple = inset, yellow = slice, grey = neutral, and so on.

This is a nice example of how a single color spawned a series of systems.

What are your future plans for BoxCutter and Hardops?

We have personal dreams for these tools, but they take time. We wanted 3D shapes since 2.79. But it wasn't until the 2.8 rewrite that it became possible. Custom cutter was the 2nd biggest wish we had. It was the #2 most wished for thing next to 3D cutters.

As a result, users have been using custom shapes and throwing out a plethora of ideas for things like custom cutter panel. However, adding another asset loader is outside of the scope of BoxCutter and would add a system to it. So we have to come up with an idea for how to approach that issue and solve it while maintaining the integrity of the product.

It's essential to ensure the out-of-box experience is nice and pleasant. I guess the point I'm making is our limitations and rules also are our strengths, I feel. And when your mission is reducing keystrokes, there is always a battle to fight.

Visit TeamC store on Blender Market to explore Boxcutter and HardOps (also available as a bundle).

❤️ TeamC is a Blender dev fund contributor, which means that a portion of each purchase goes towards the Blender Development Fund.