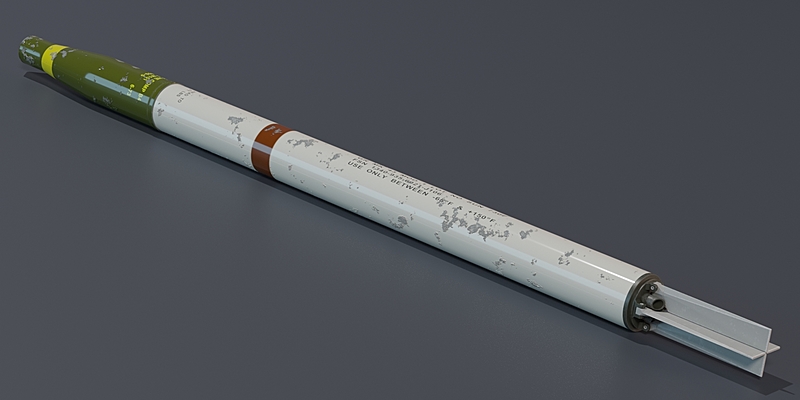 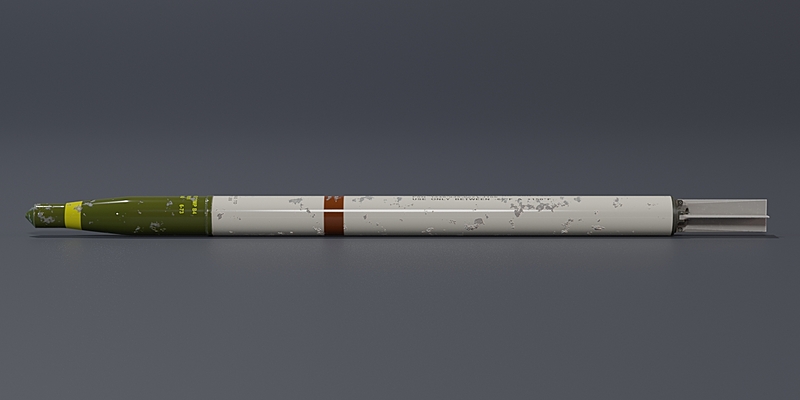 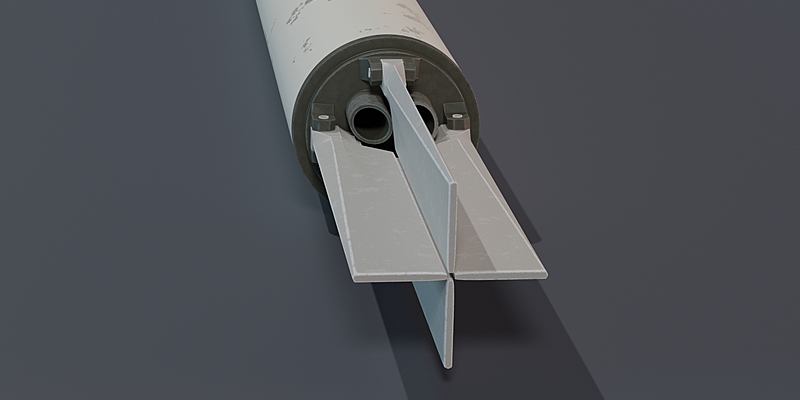 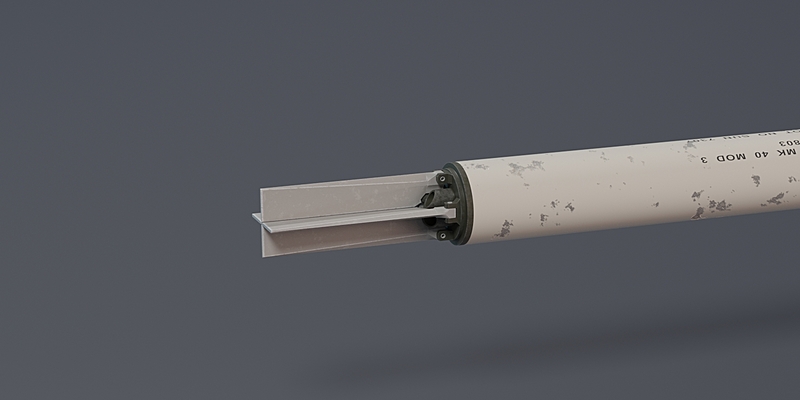 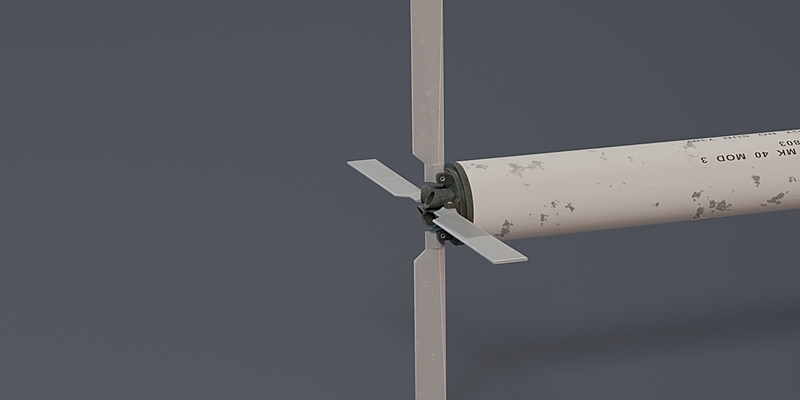 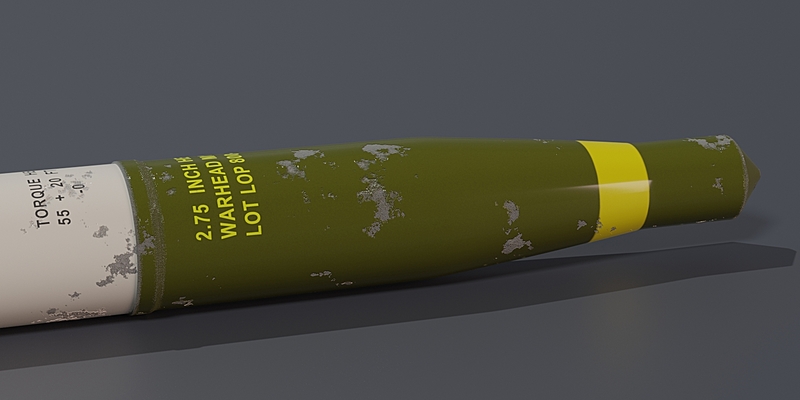 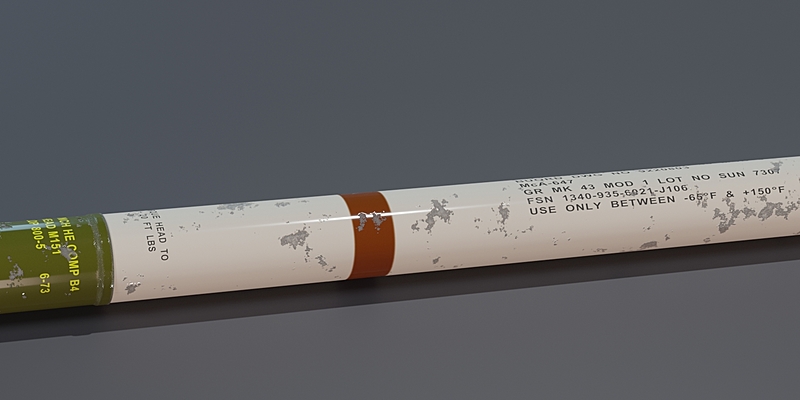 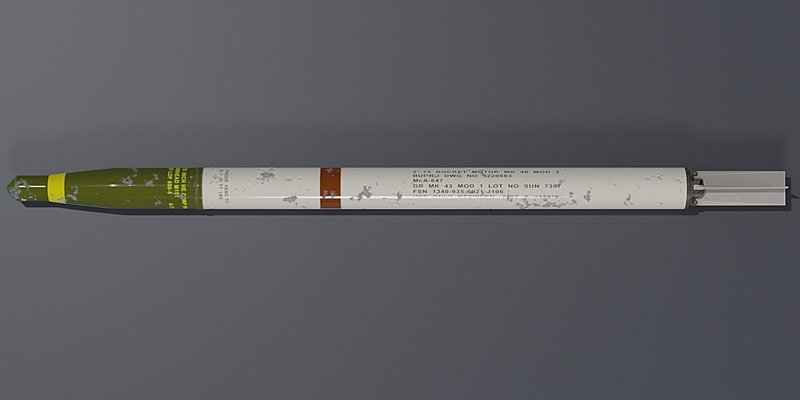 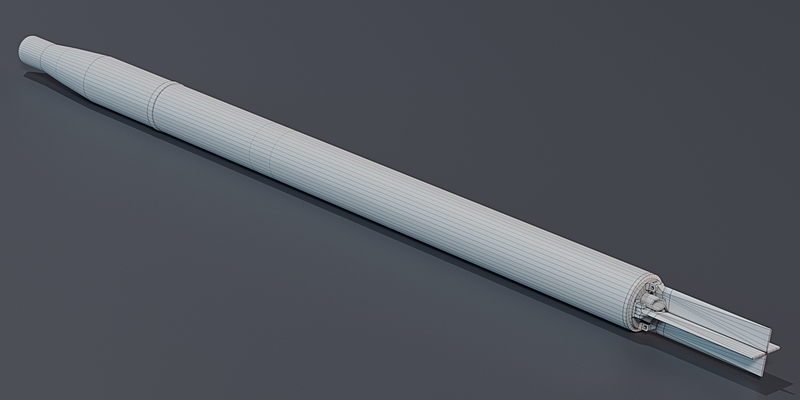 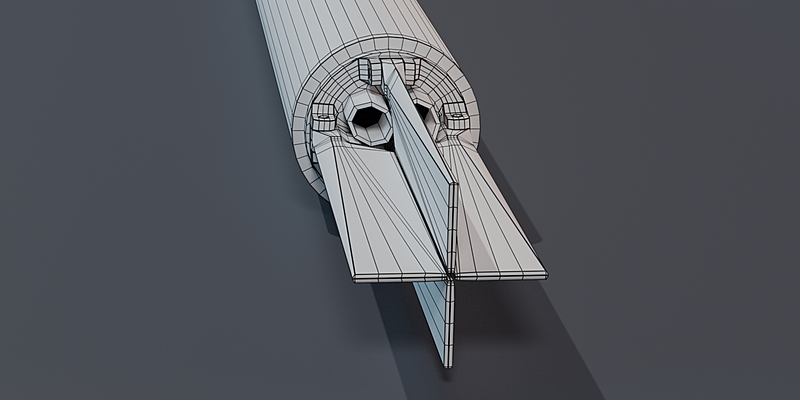 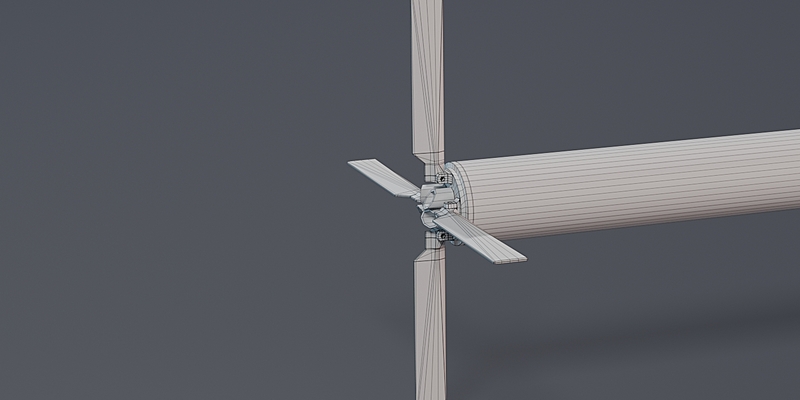 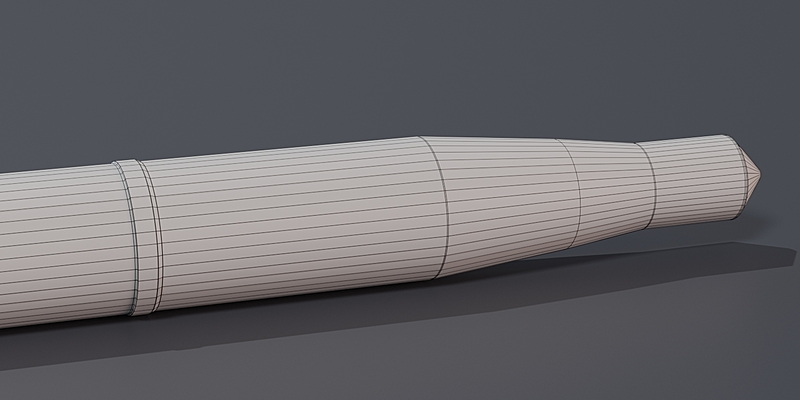 The MK40 missile, a unique Vietnam and Korean war era missile, with FFAR (Folding-Fin Aerial Rocket) design. Primarily used for air-to-ground attack. You can utilize it for your helicopter's rocket pods or for various fun projects. This particular model is designed with the M151 warhead attached to the front of the rocket. The main missile section, warhead, fins, fin pins and nozzle section are each separate objects. The nozzle section (dark gray object) is one piece of geometry with the four nozzles.

Modeled lower poly with added edges to receive subdivision modifiers/proxies. UV unwrapped as non-overlapping. Included in the download are two textures (one for overall color, one for roughness/bump). The download file includes other file formats available (fbx, obj, dae).