by 3DVision in Models

This first pack contains a Blend file with the 3D character "Theo" Ready for use.

Theo is rigged and animated with a walking cycle.

How to use Theo in your project?

It's very simple, Theo is already tied to a curve, you just have to edit the curve to define the trajectory that Théo has to go through.

You must also redefine the speed at which Theo has to walk the curve to get a realistic rendering. For beginners you will find a tutorial here: https://youtu.be/kGBocwrta-I 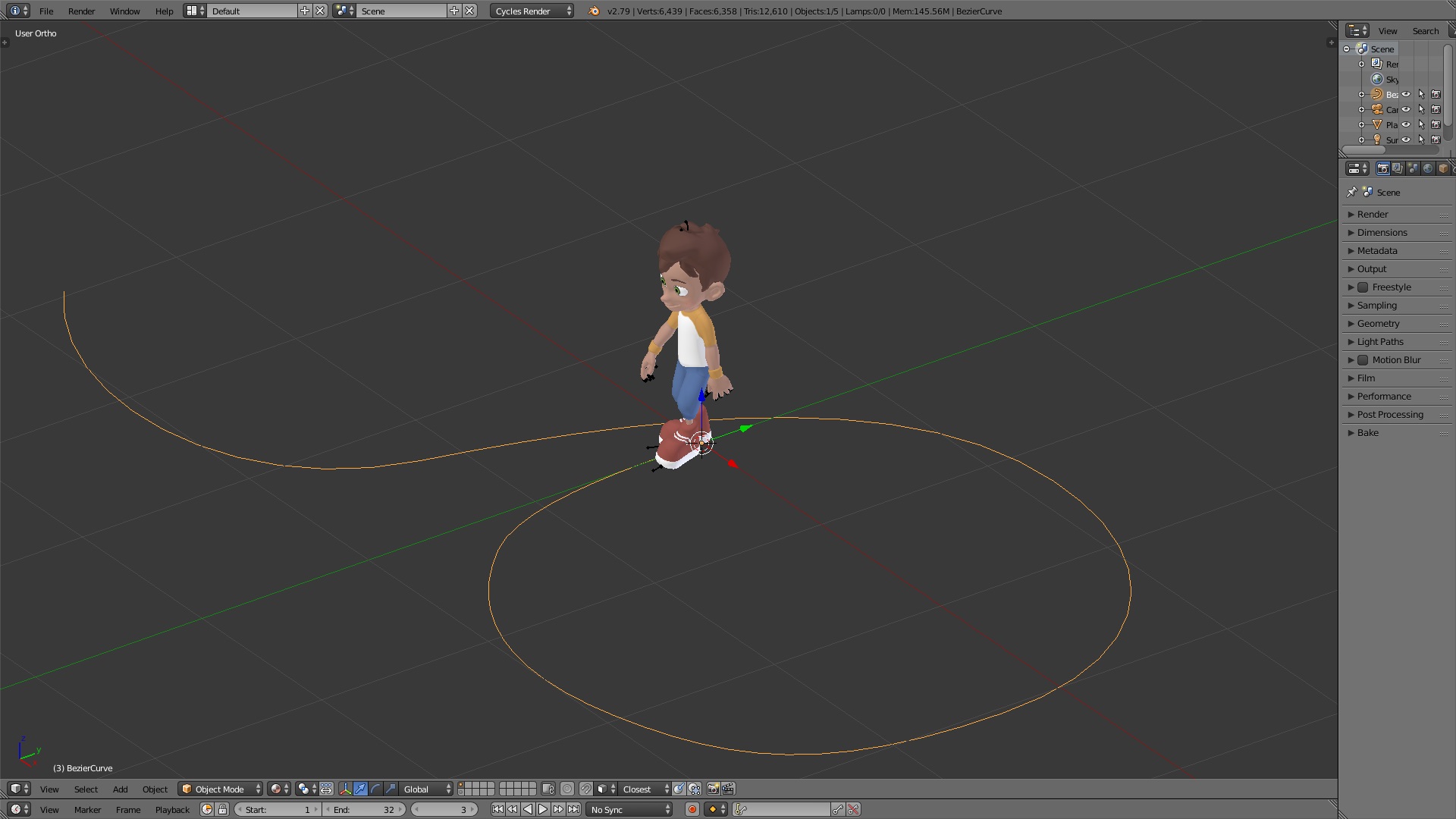 This pack also contains a zip file with a version for the users of the " Asset Management ", Theo is directly imported with the curve. 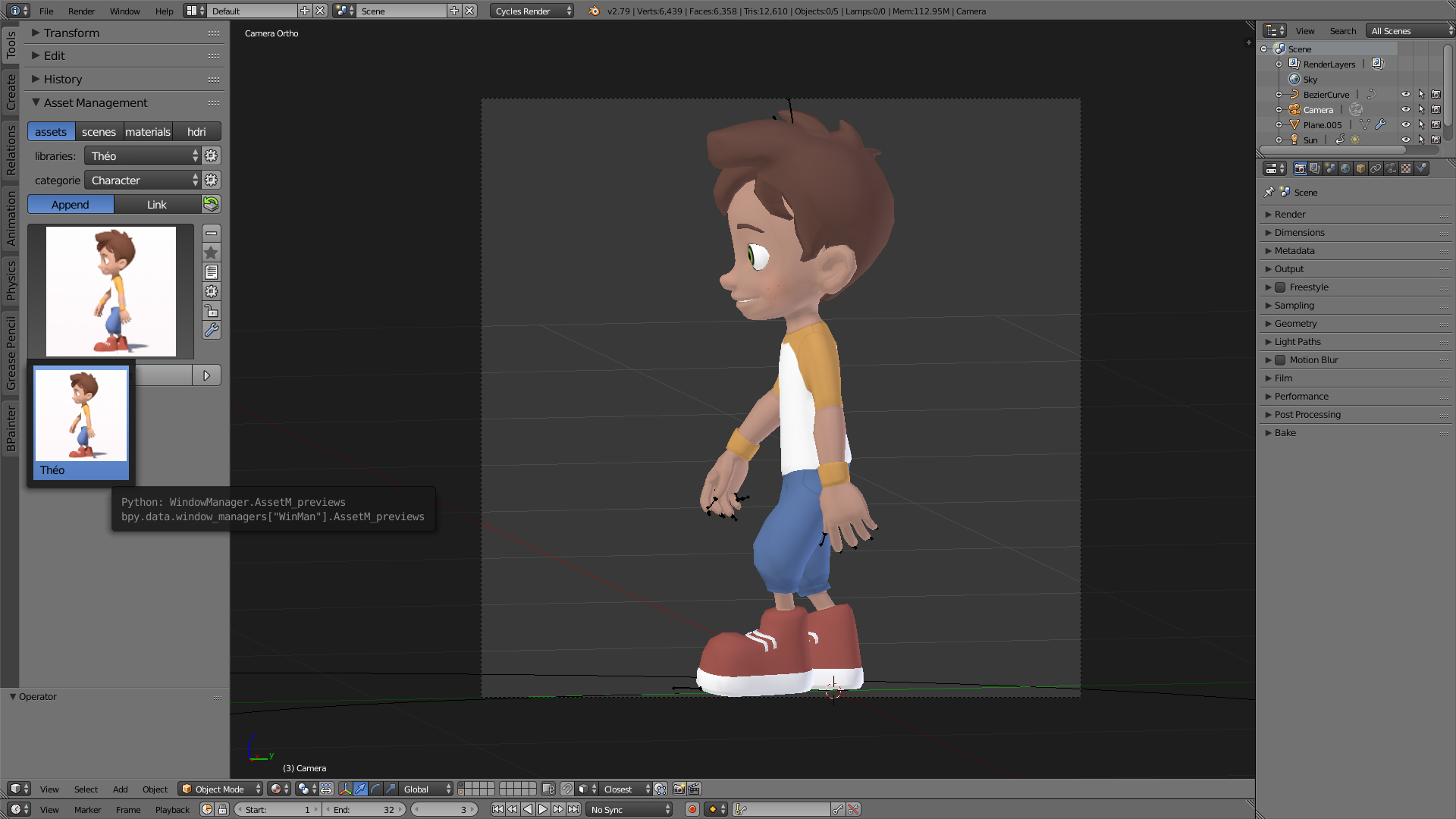 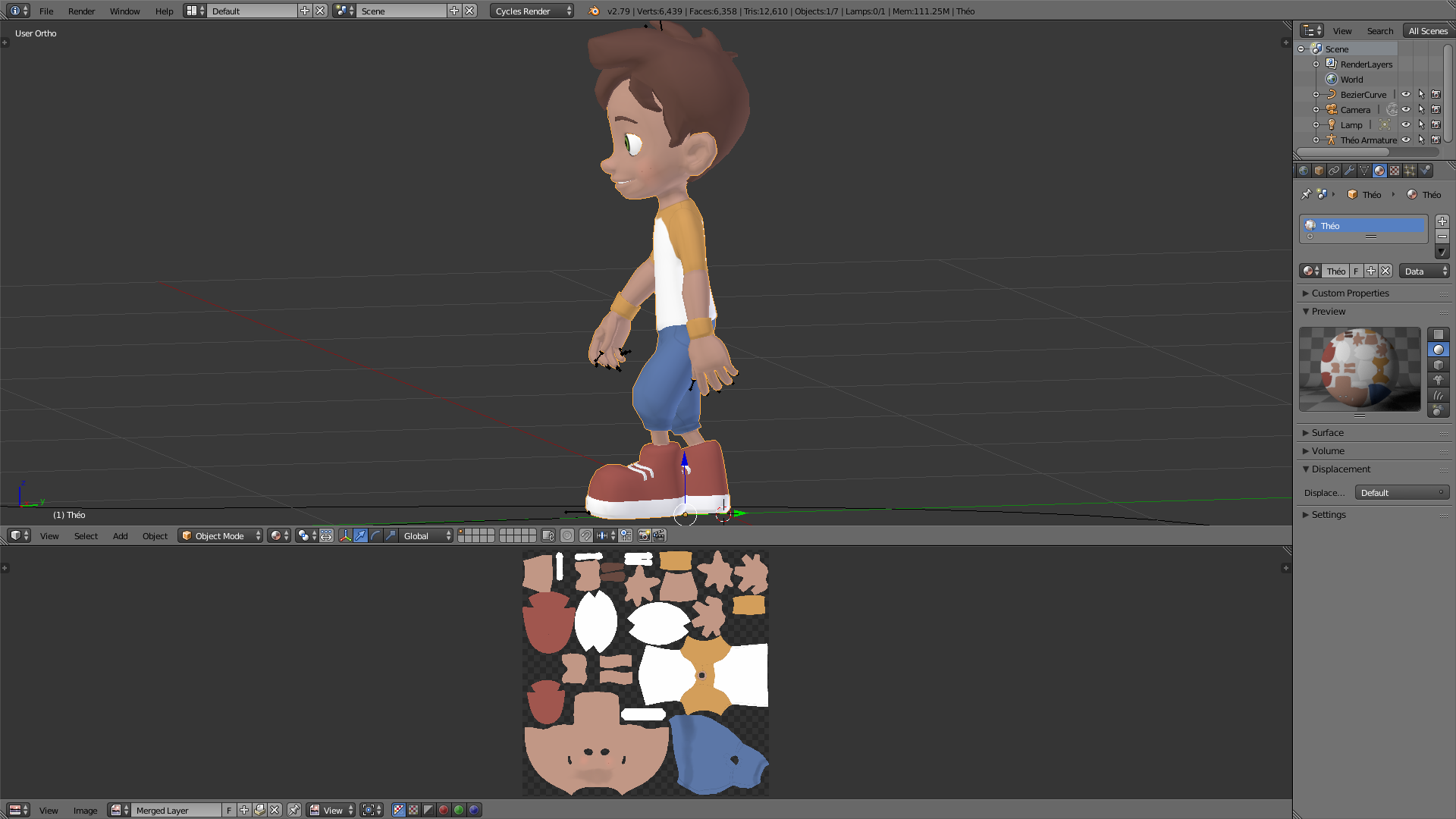 The second pack contains a Low poly set and a version of Theo ready for exploration in the Blender Game Engine + the first pack. 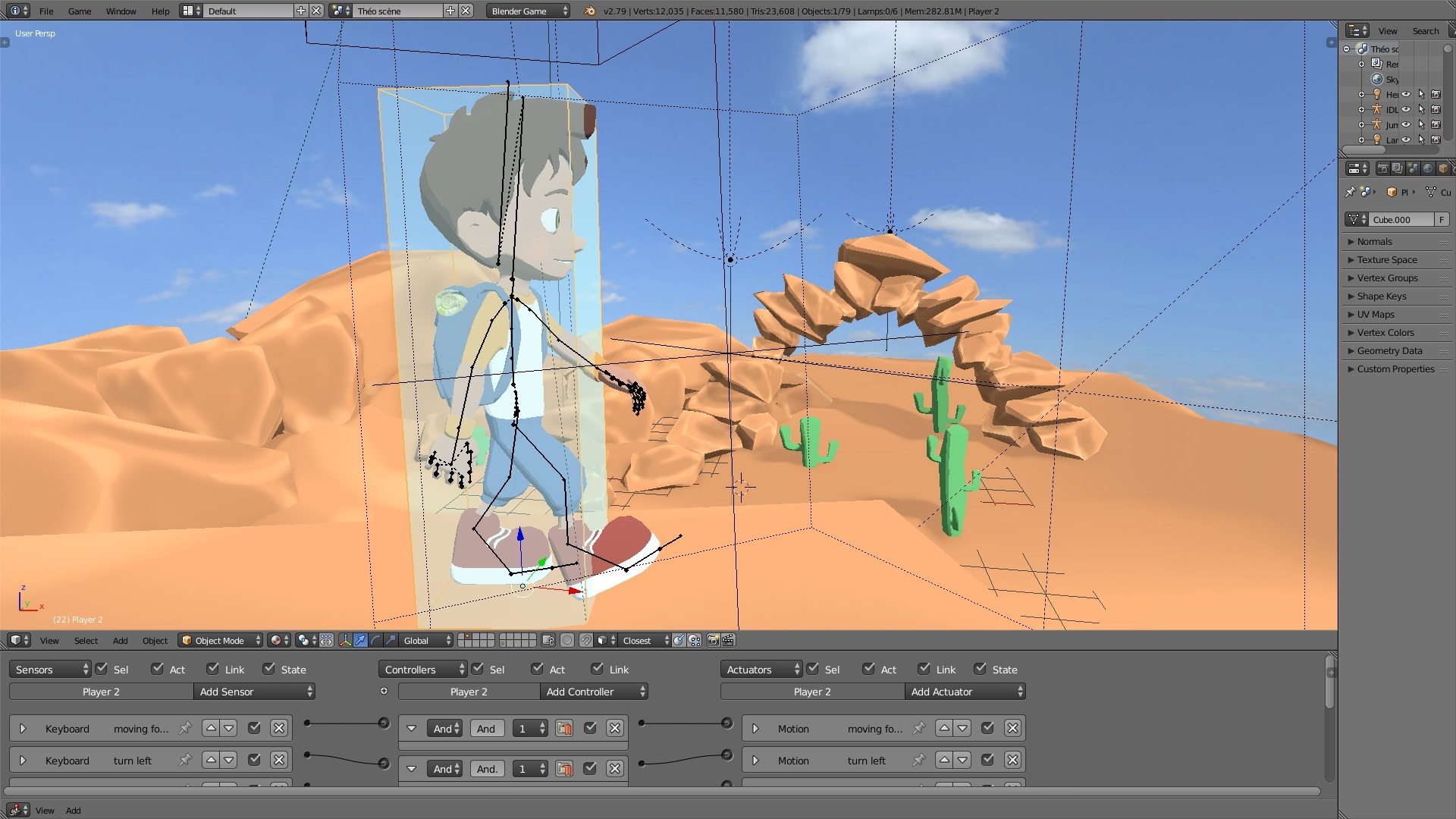 If you are a level creator, the blender game version will allow you to explore your new projects and share them easily with your customers or friends. 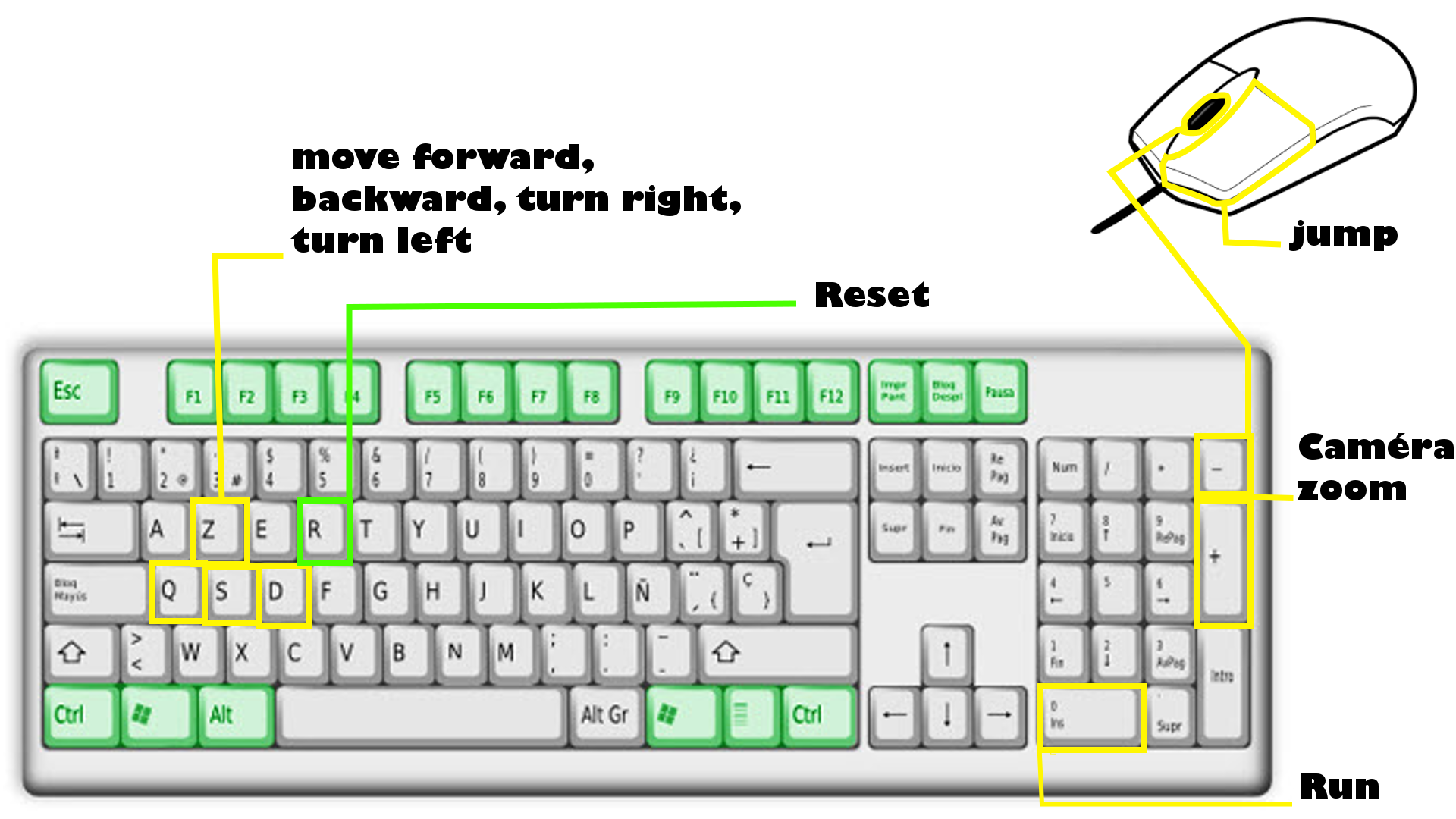 To change the control commands, select the rig and cube as in the images open the "logic editor" panel and reassign the keys. 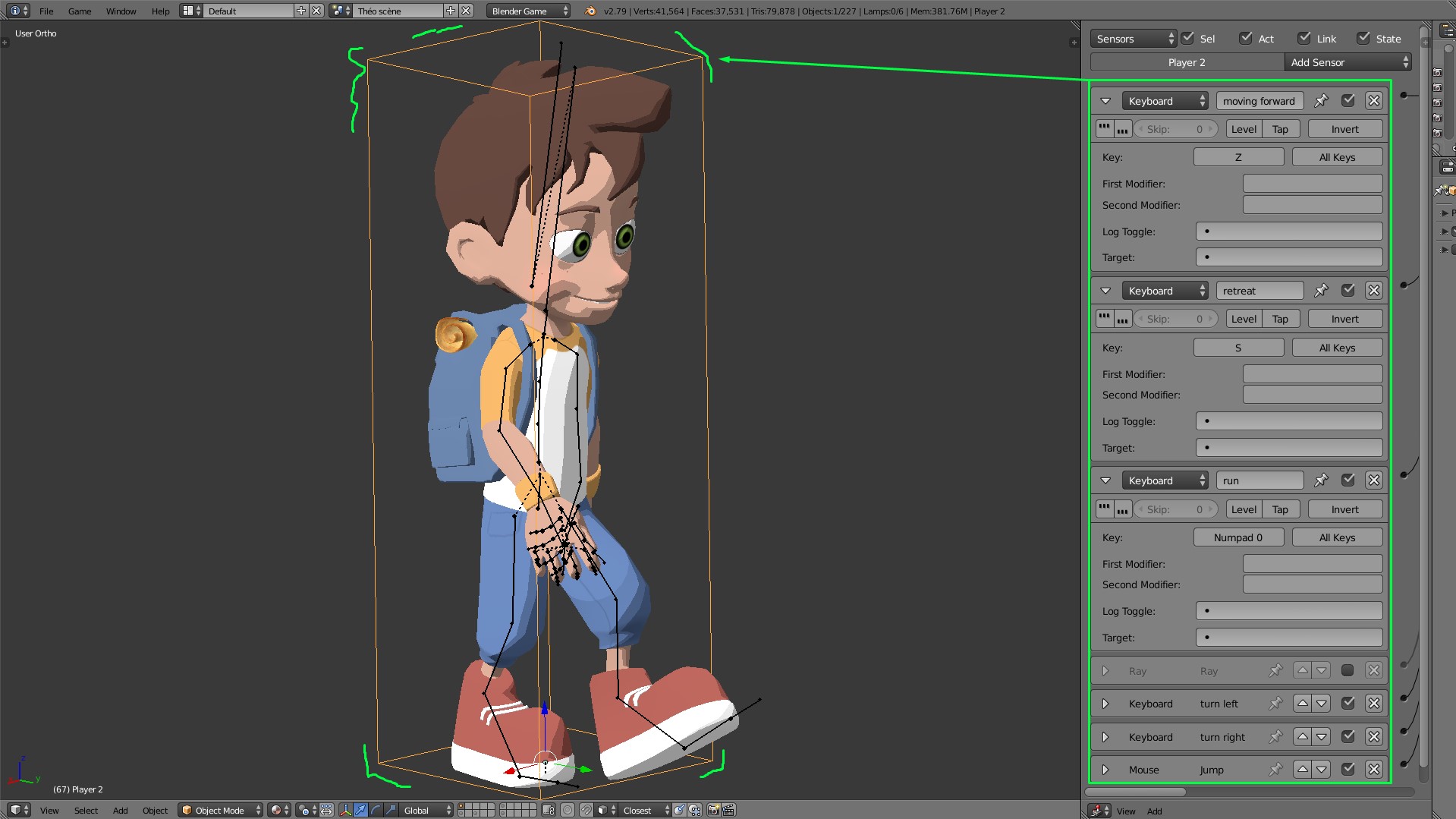 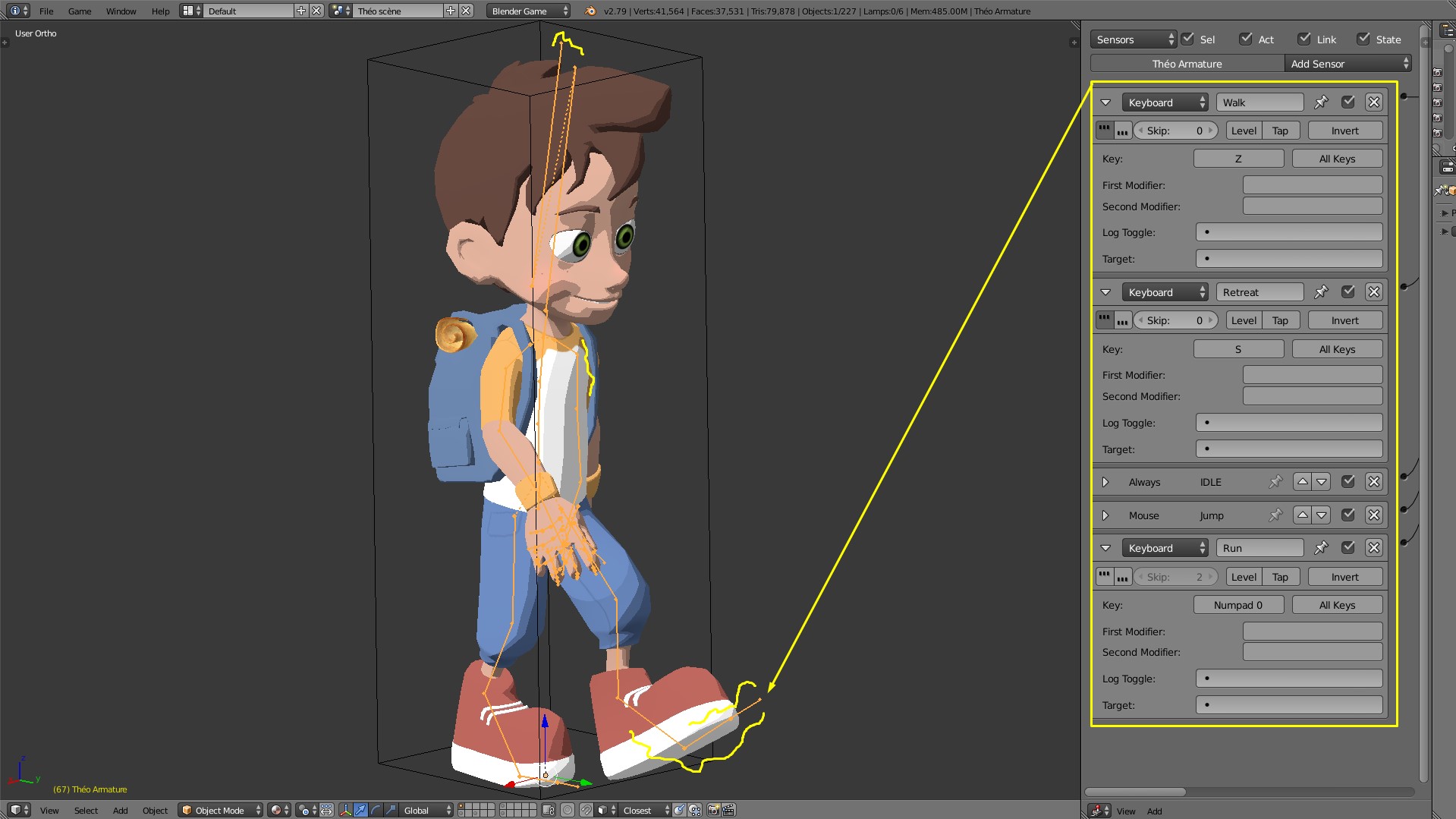 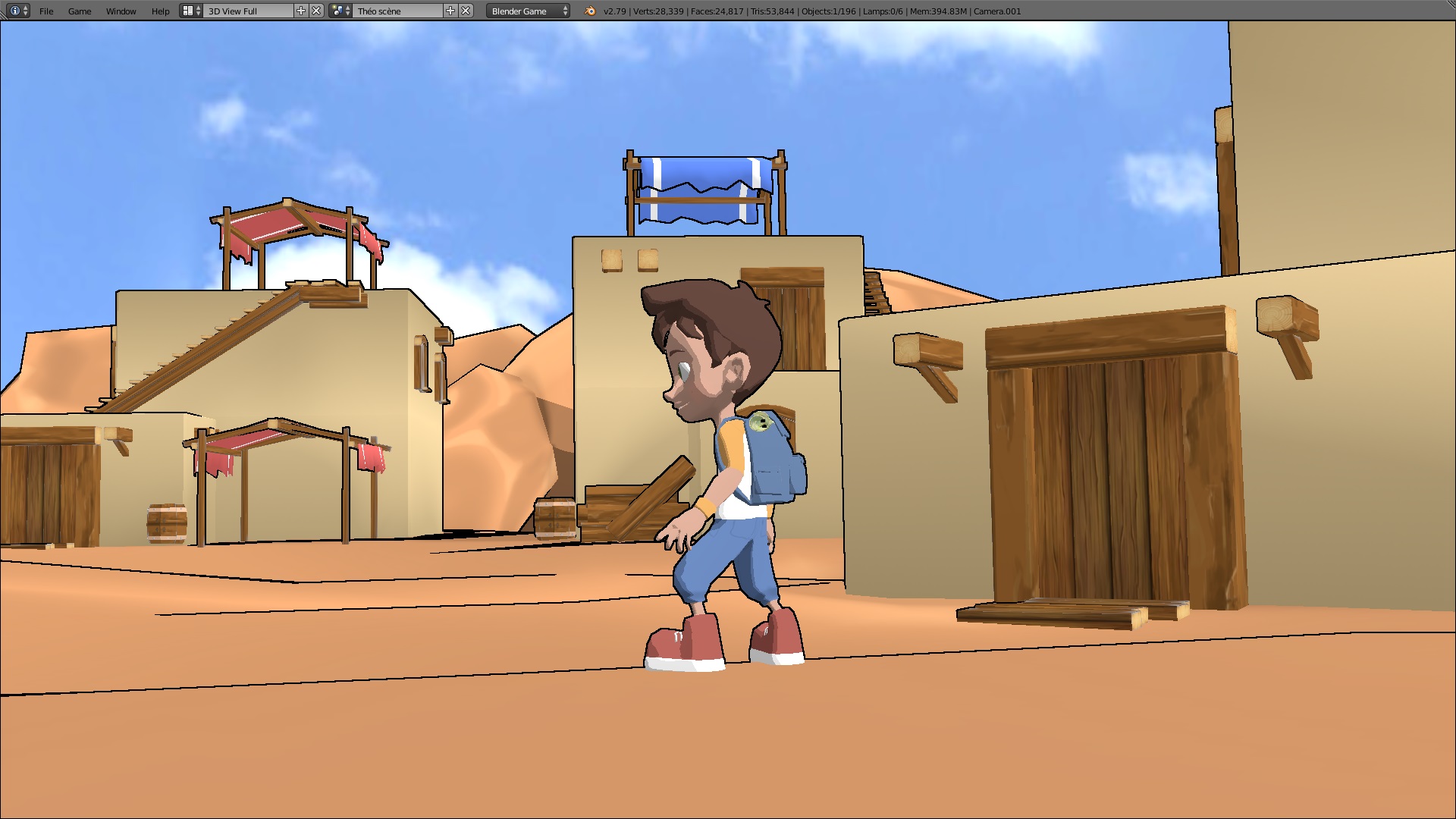 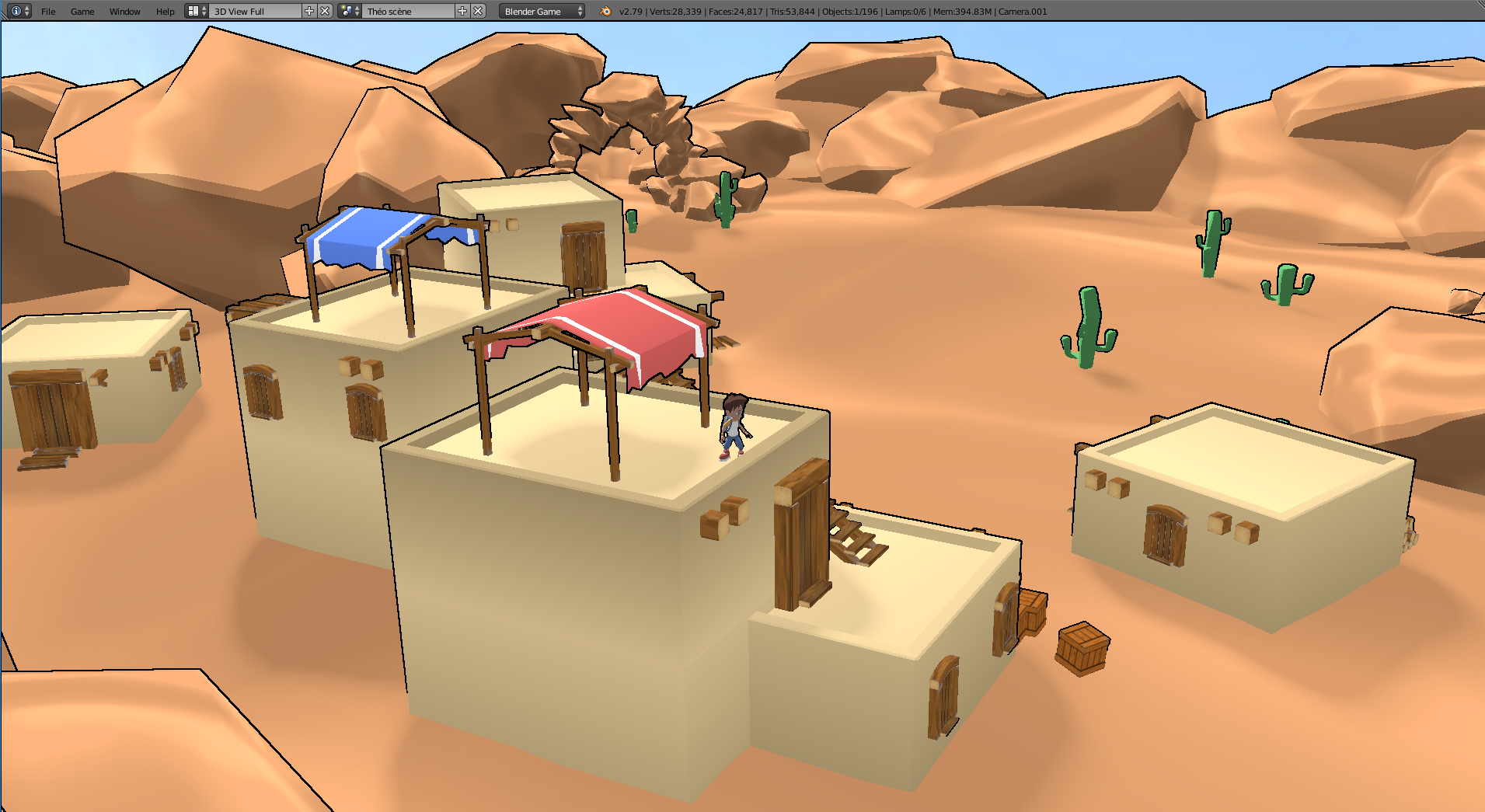 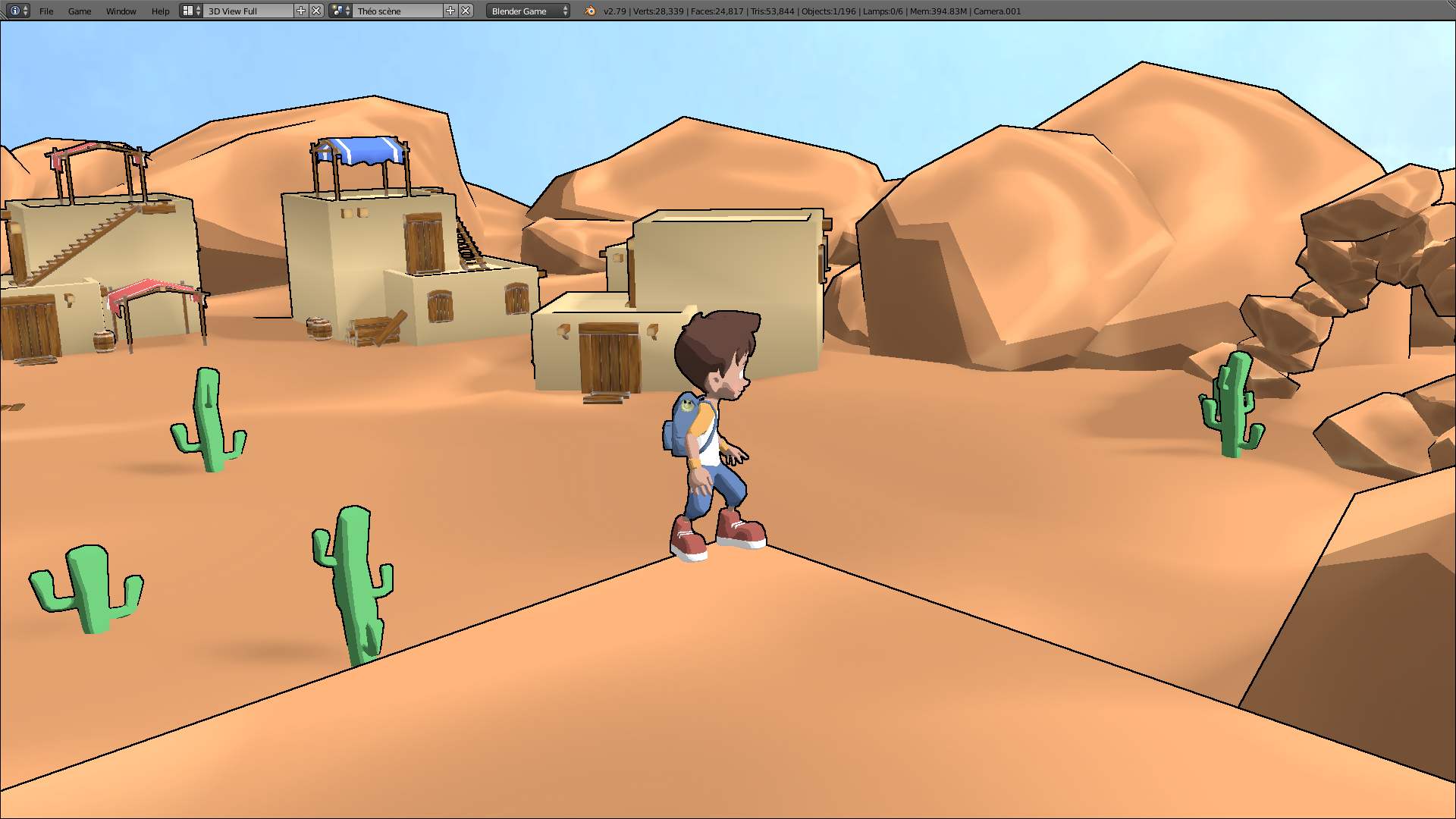 Some animated scenes require several types of characters, such as the térasse of a café, a subway station ... this character will help you to complete your scenes.