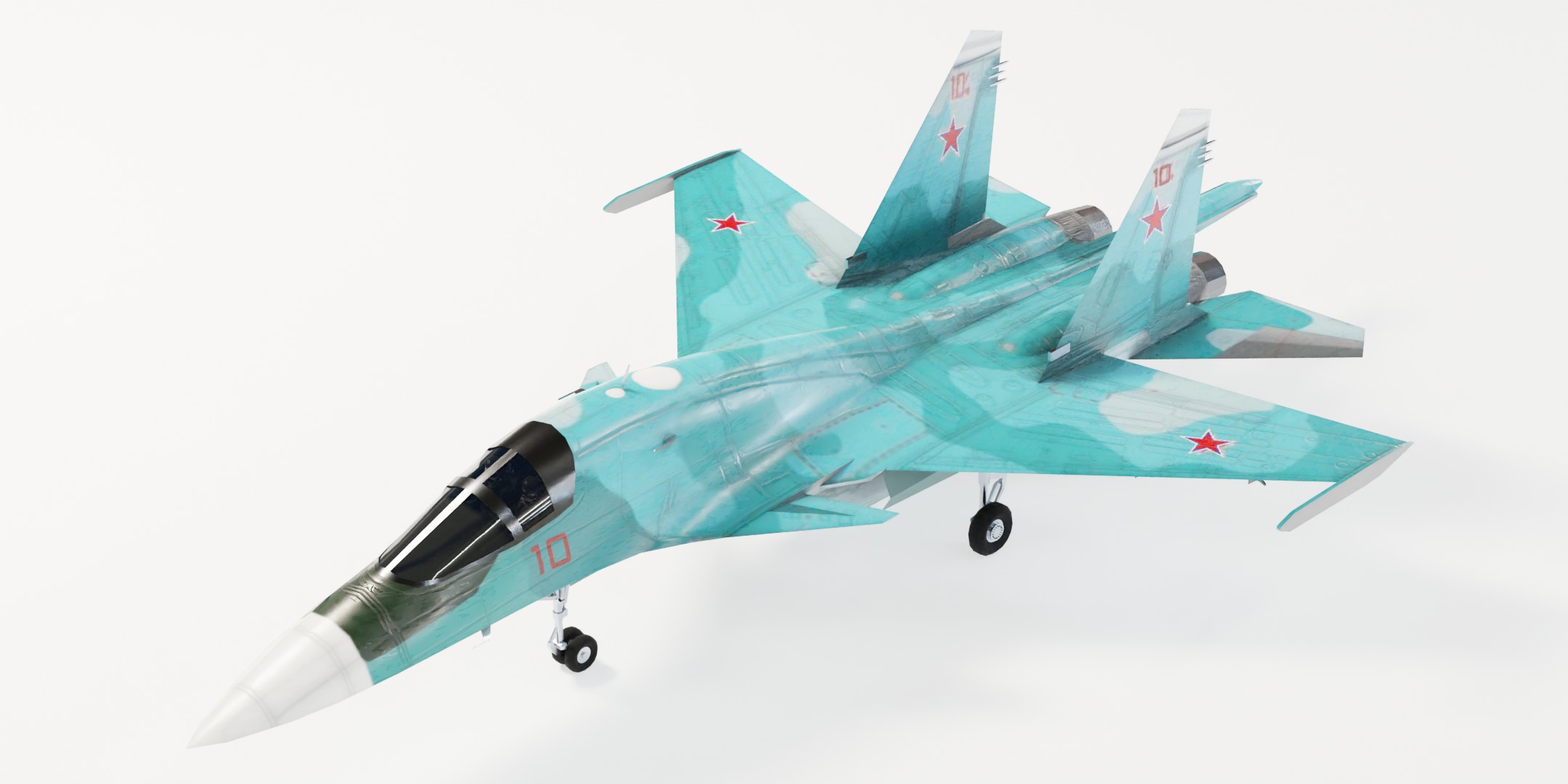 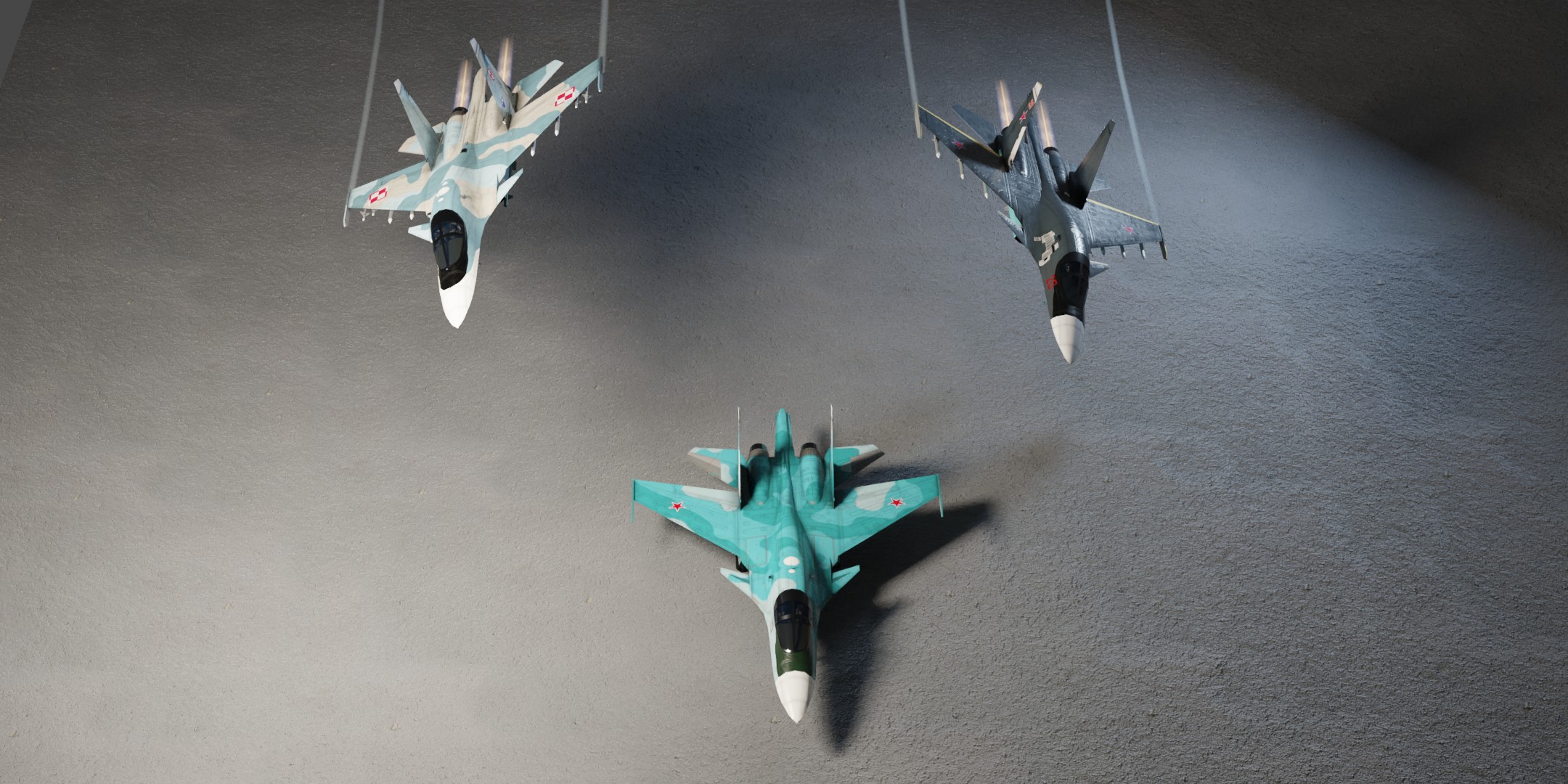 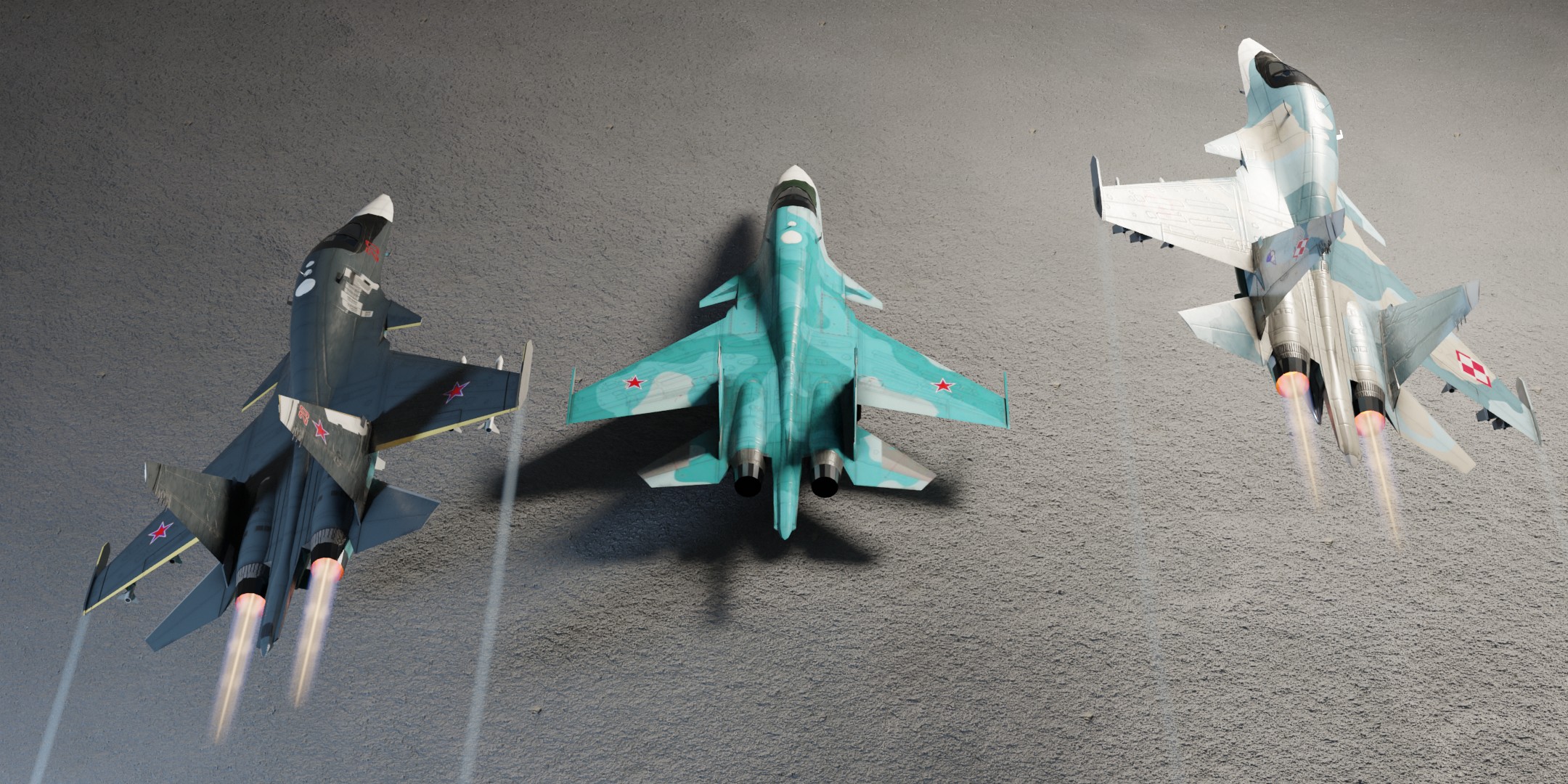 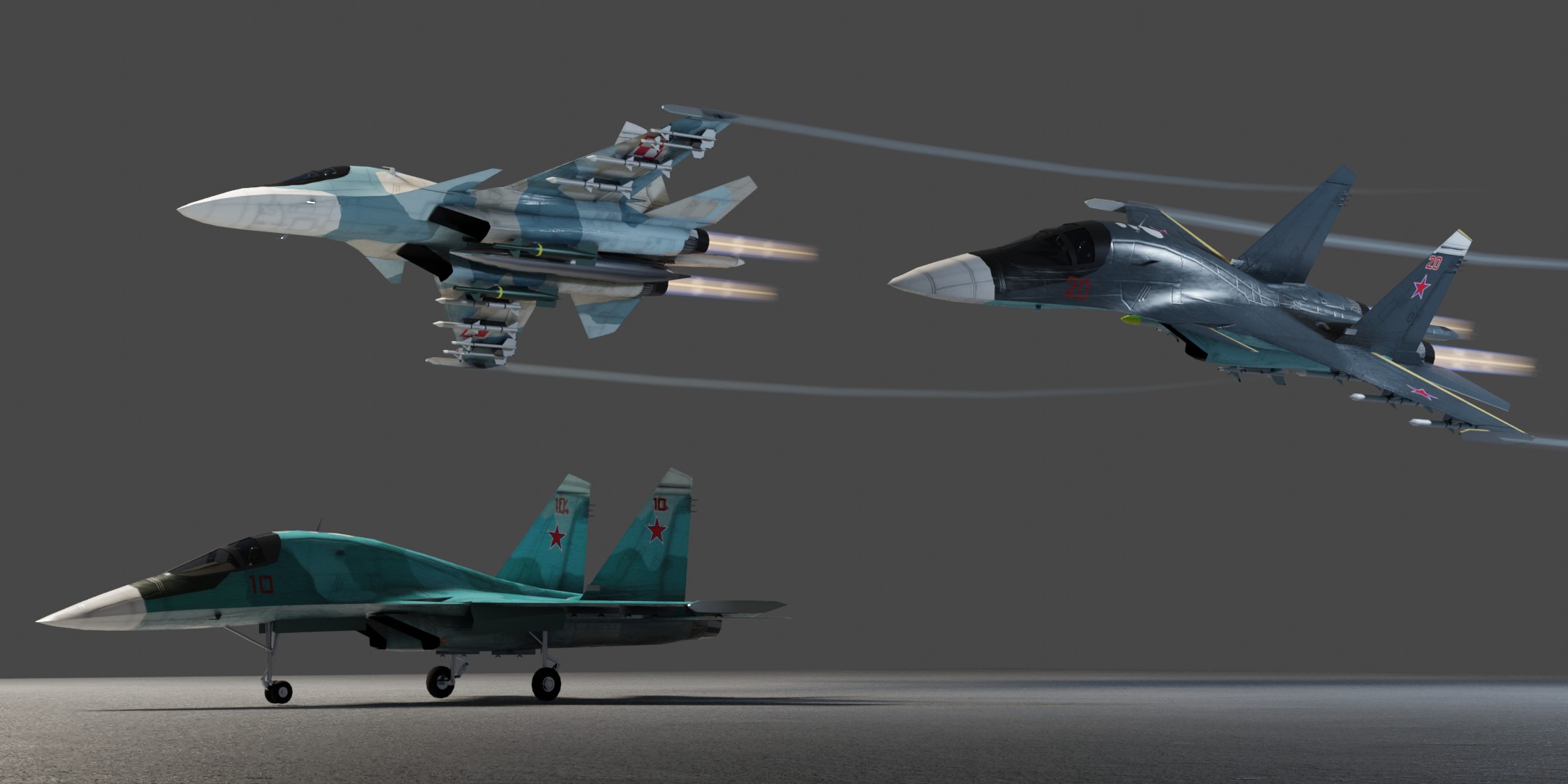 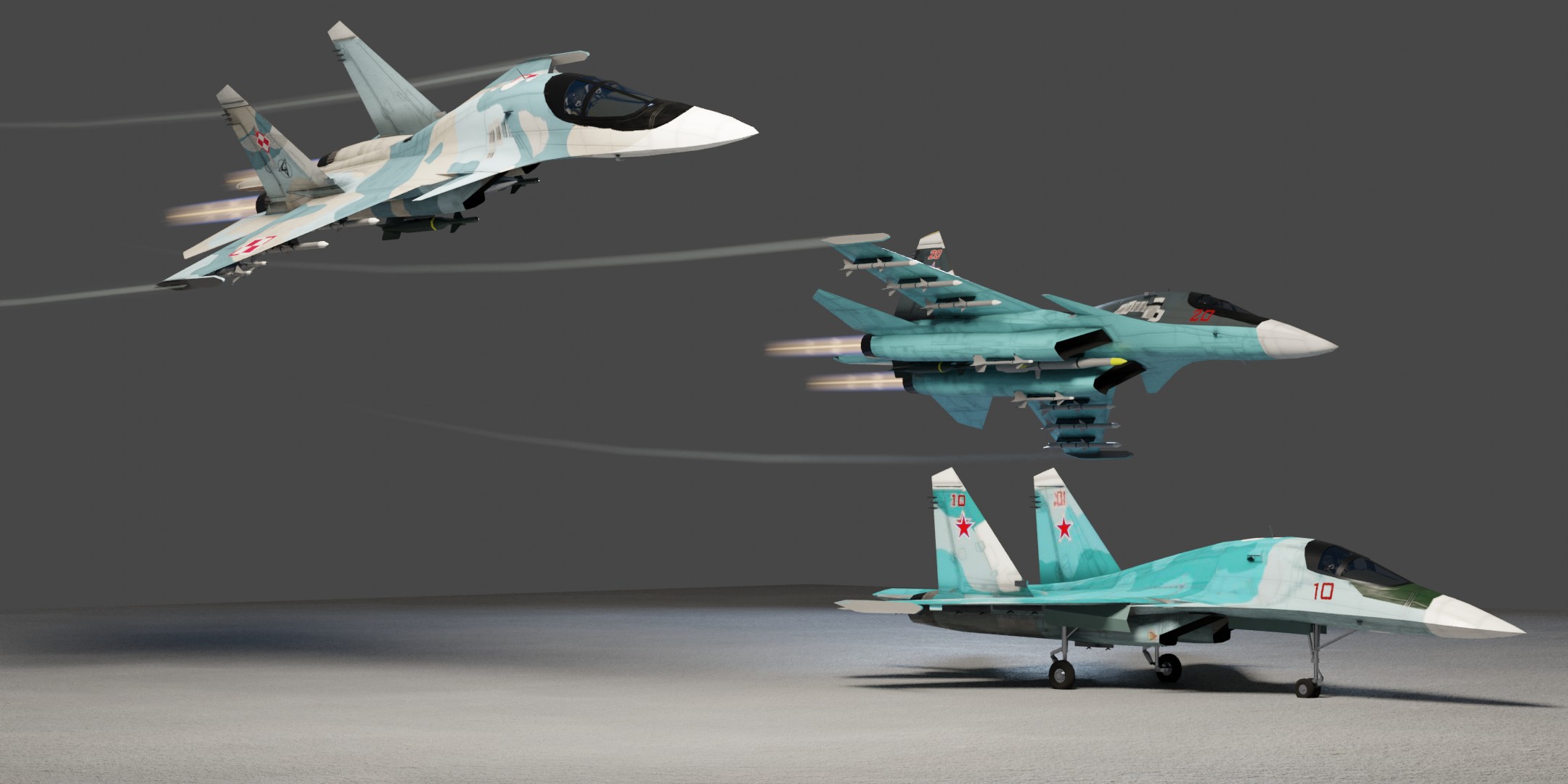 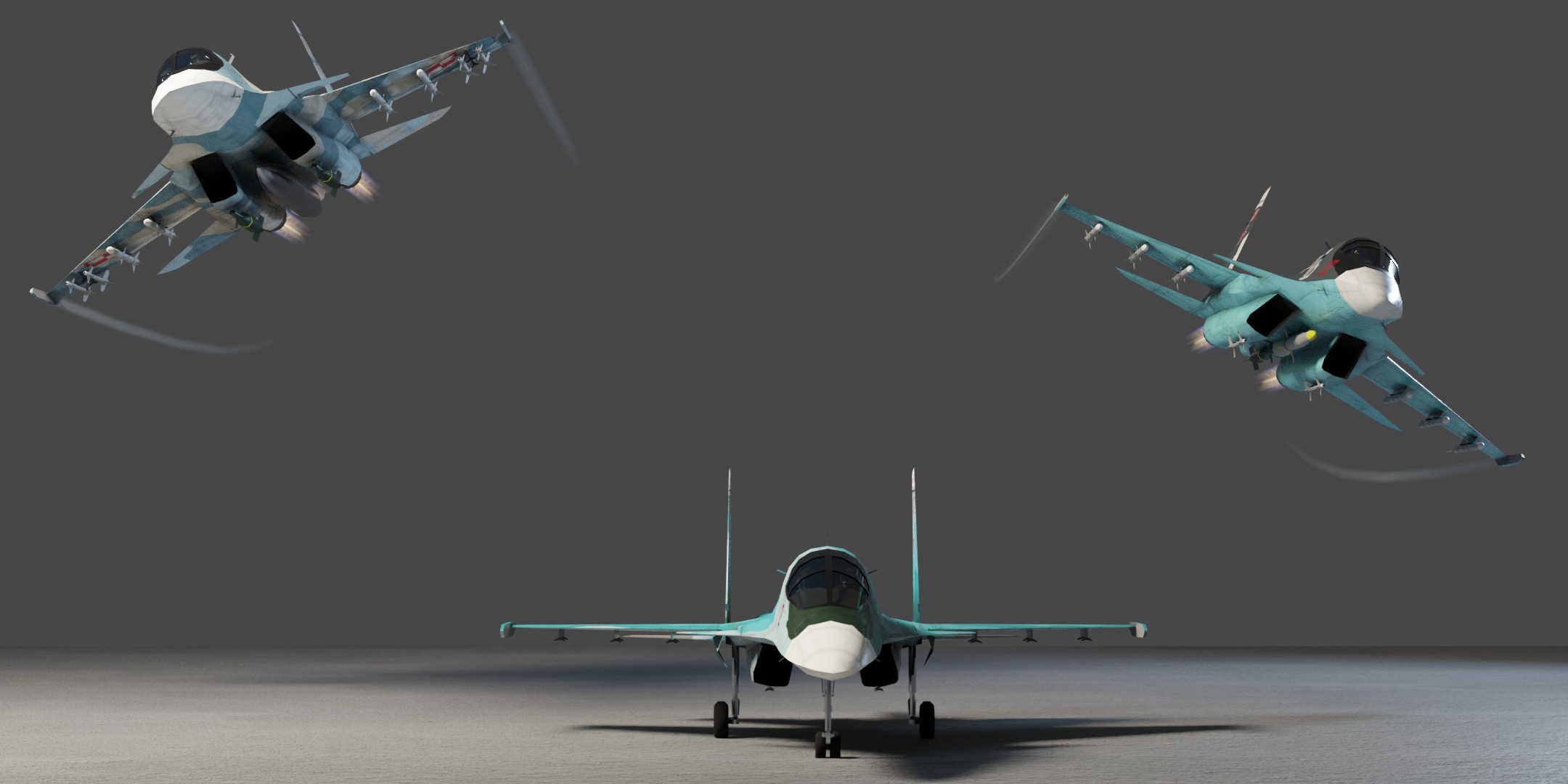 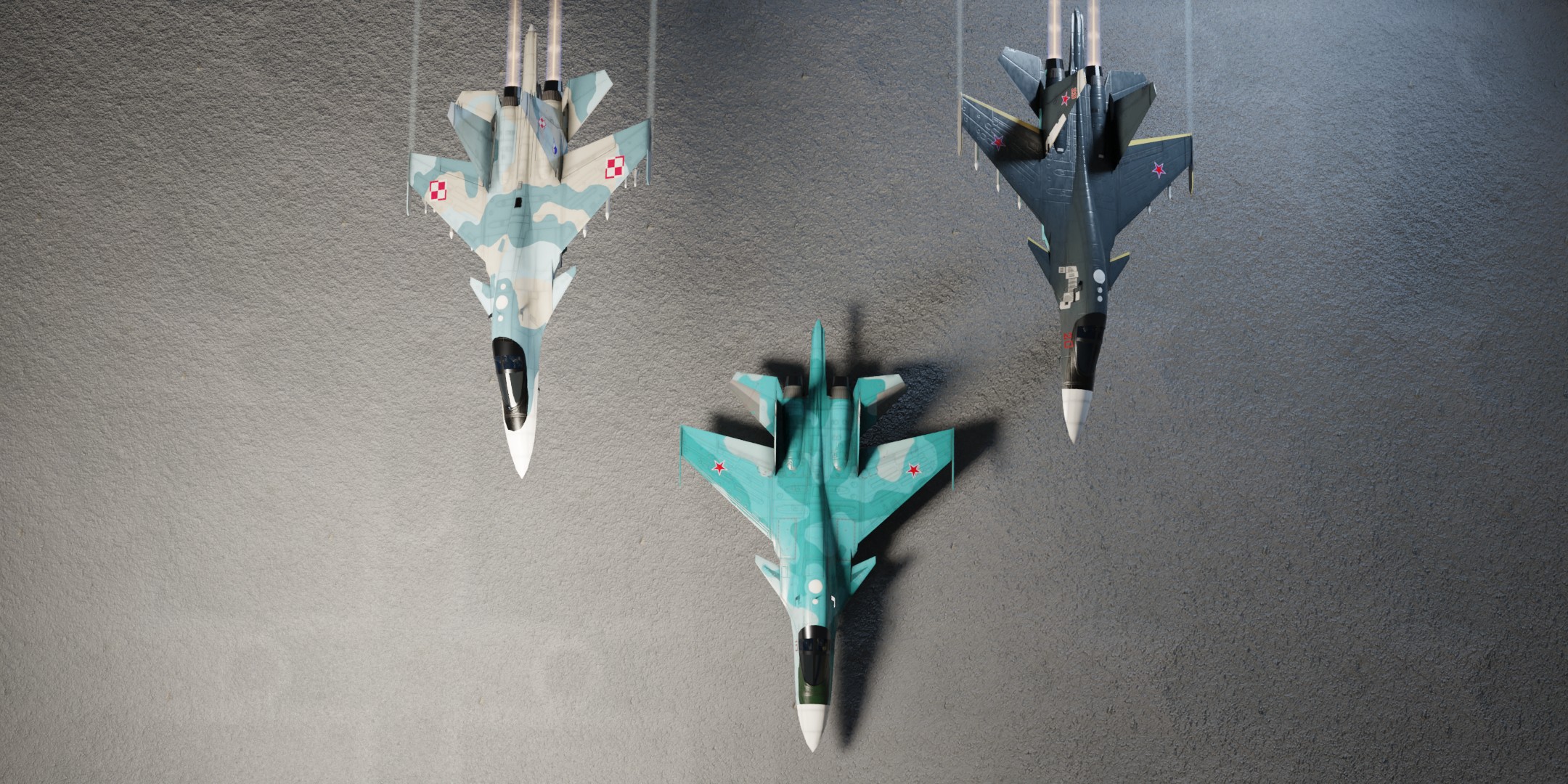 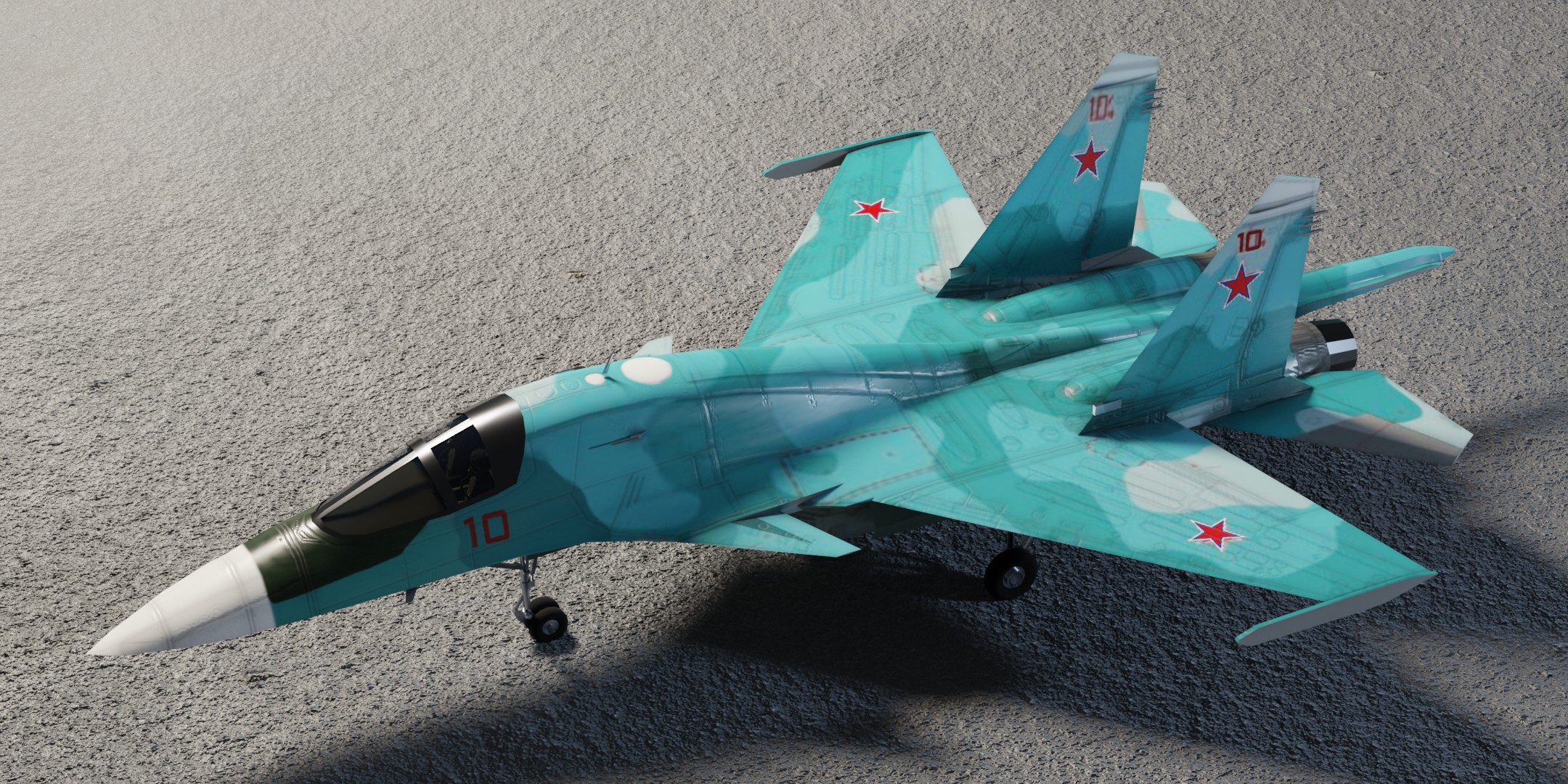 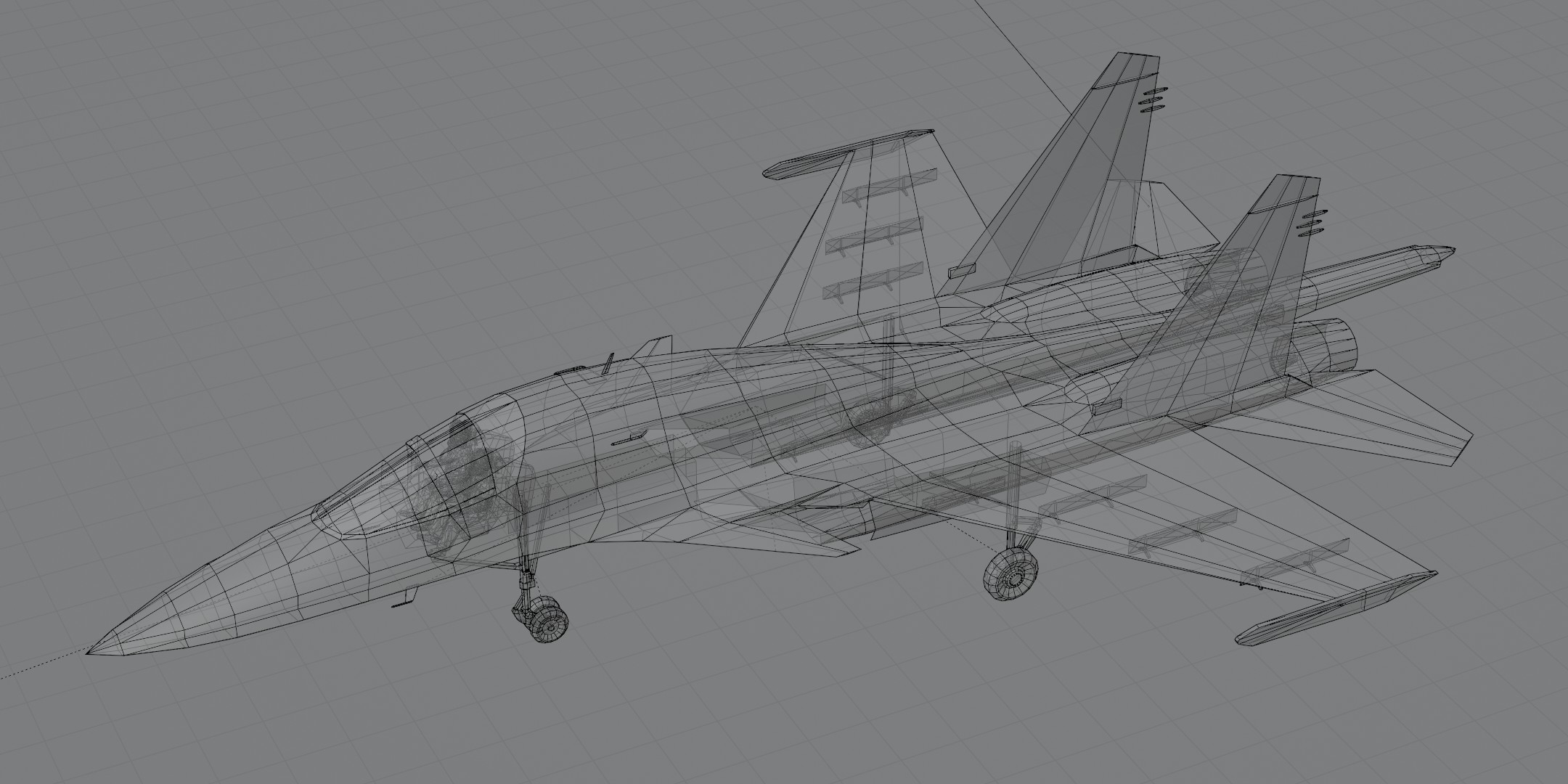 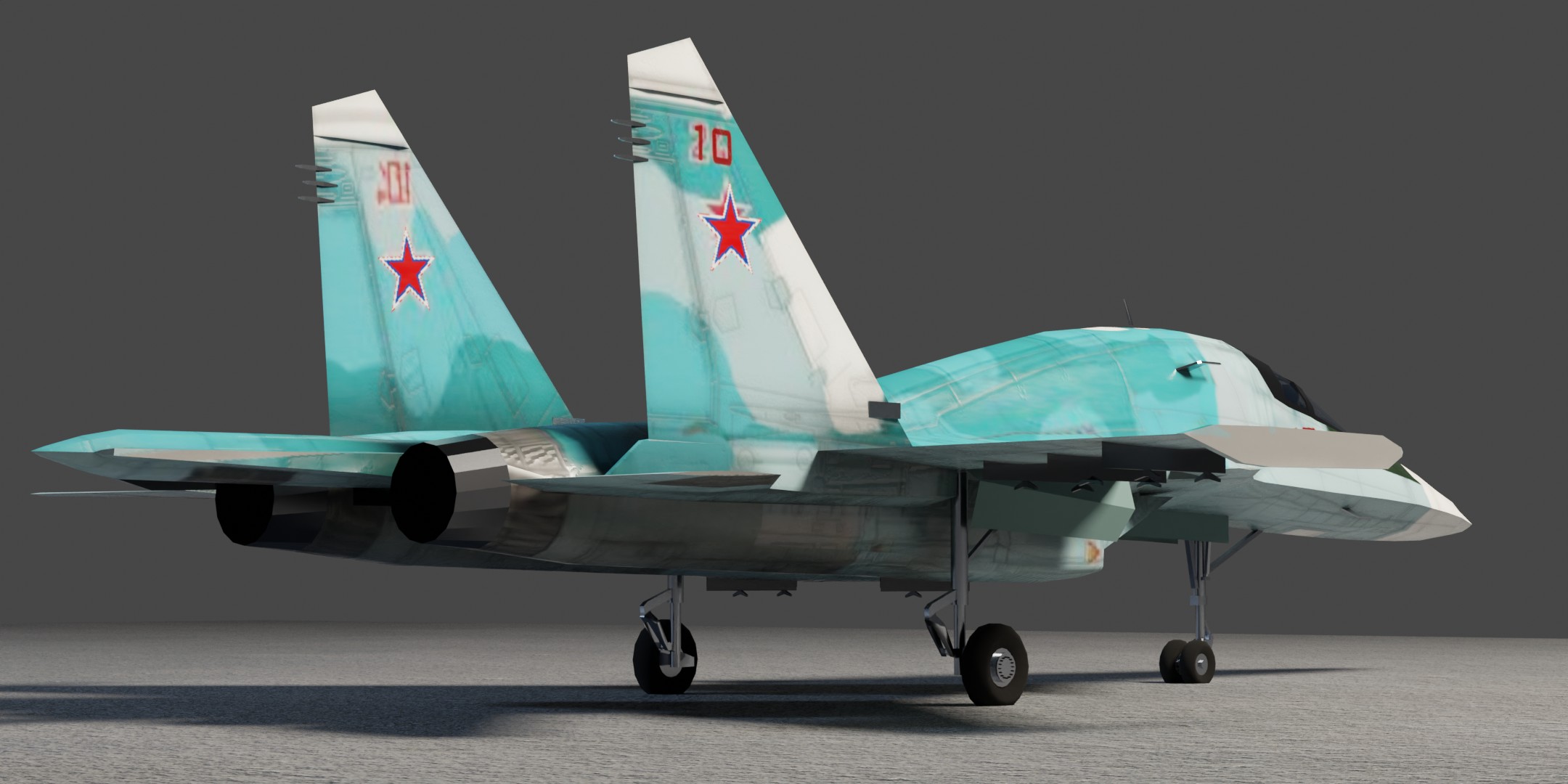 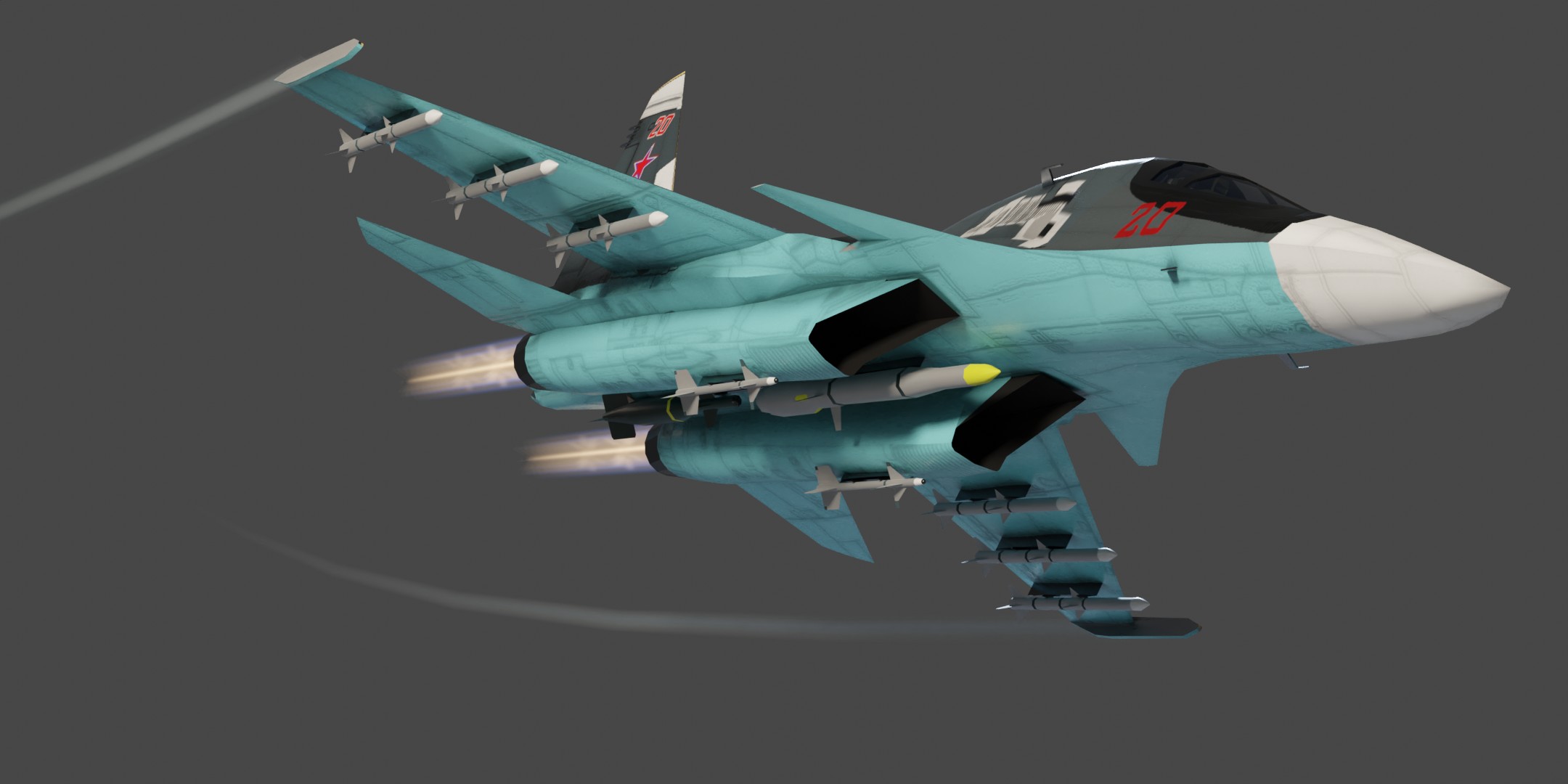 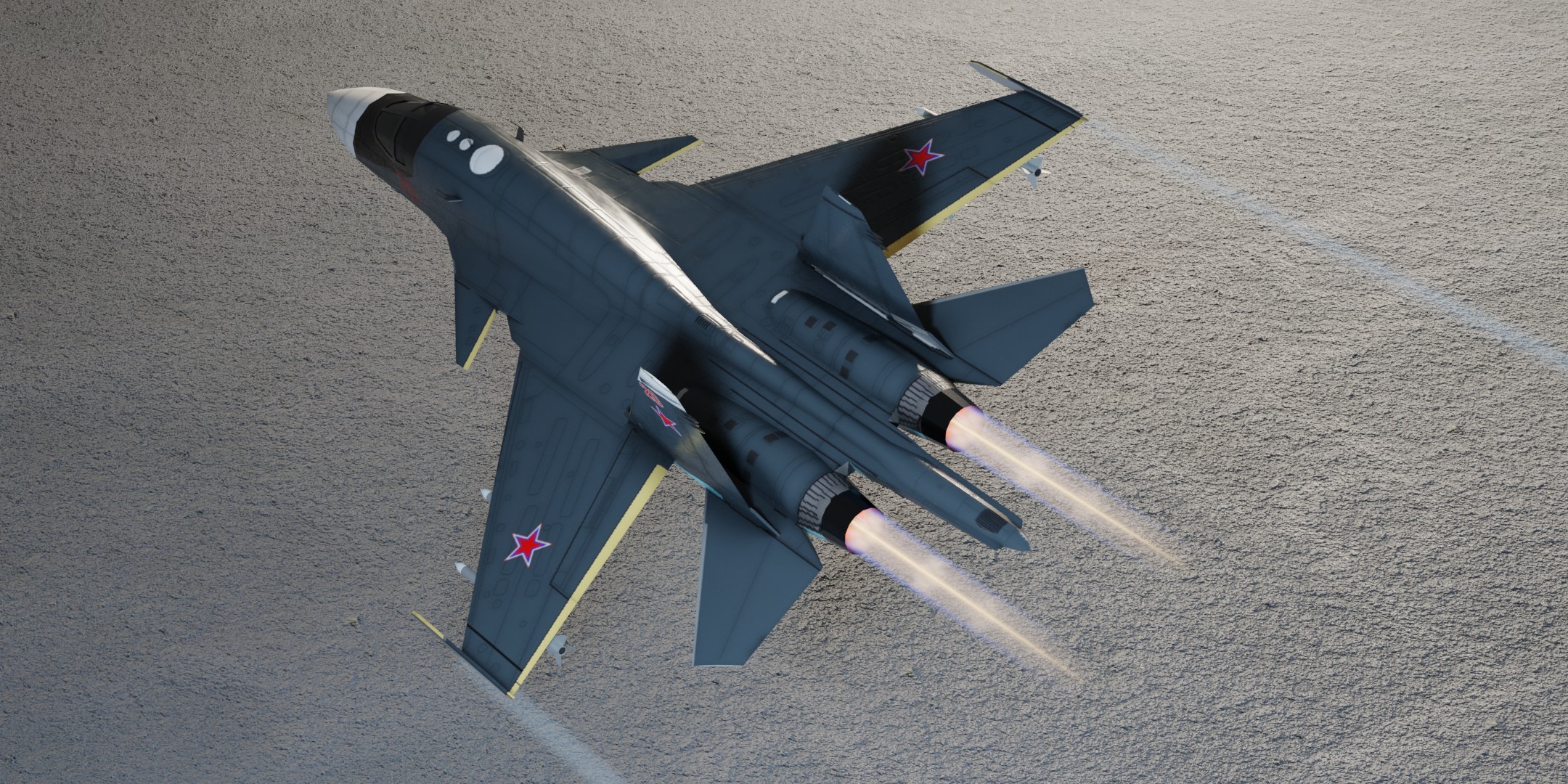 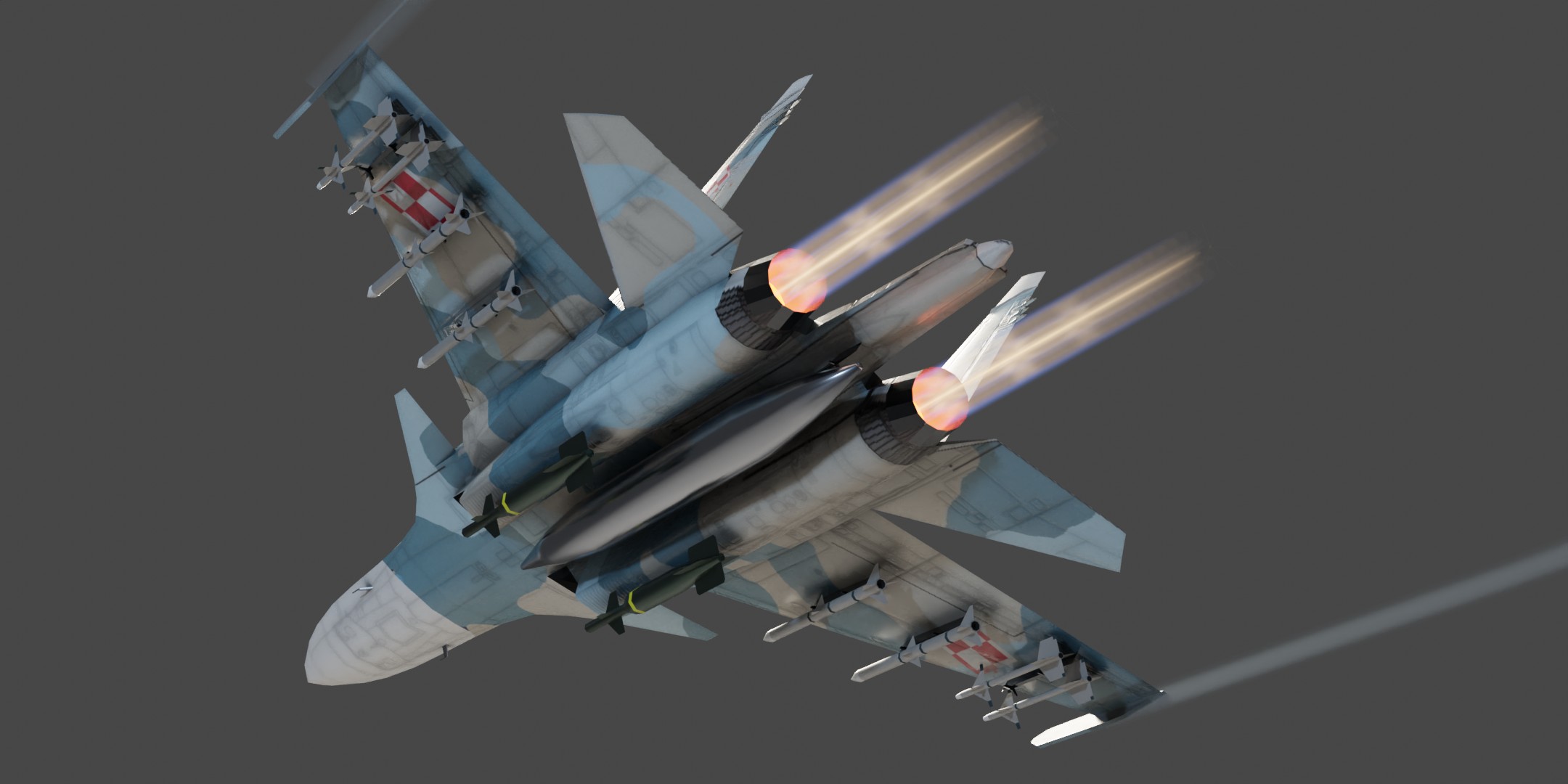 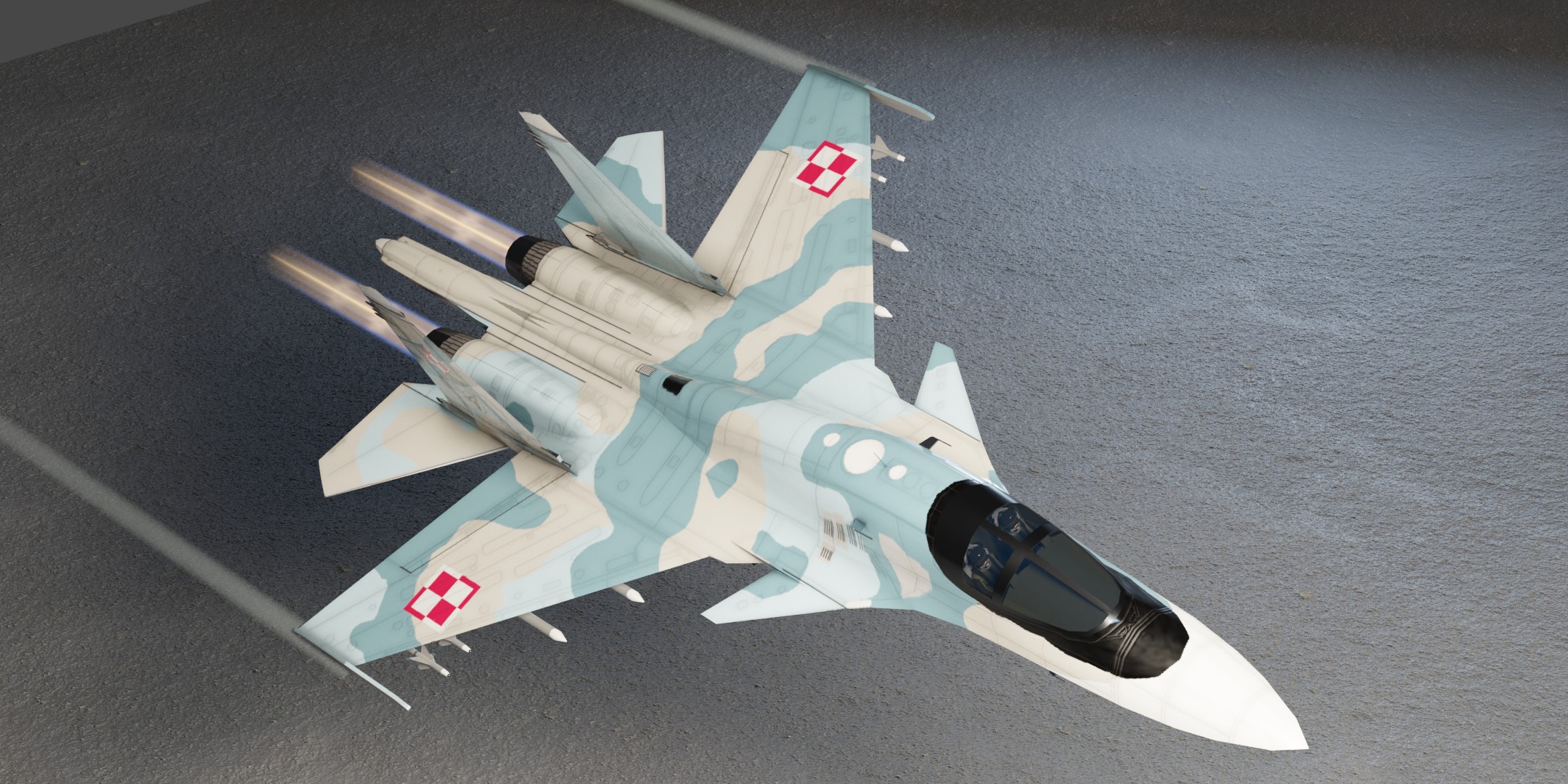 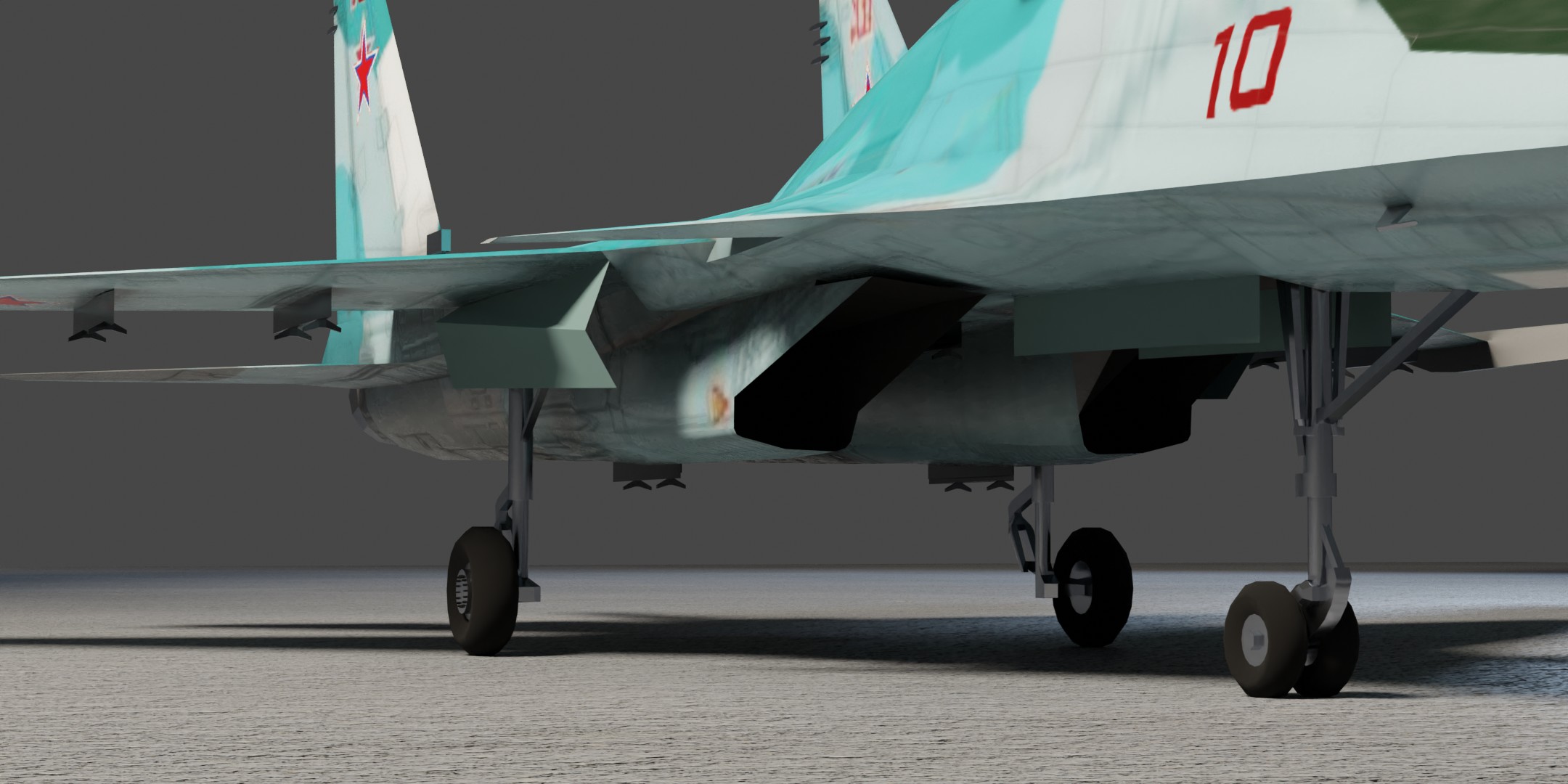 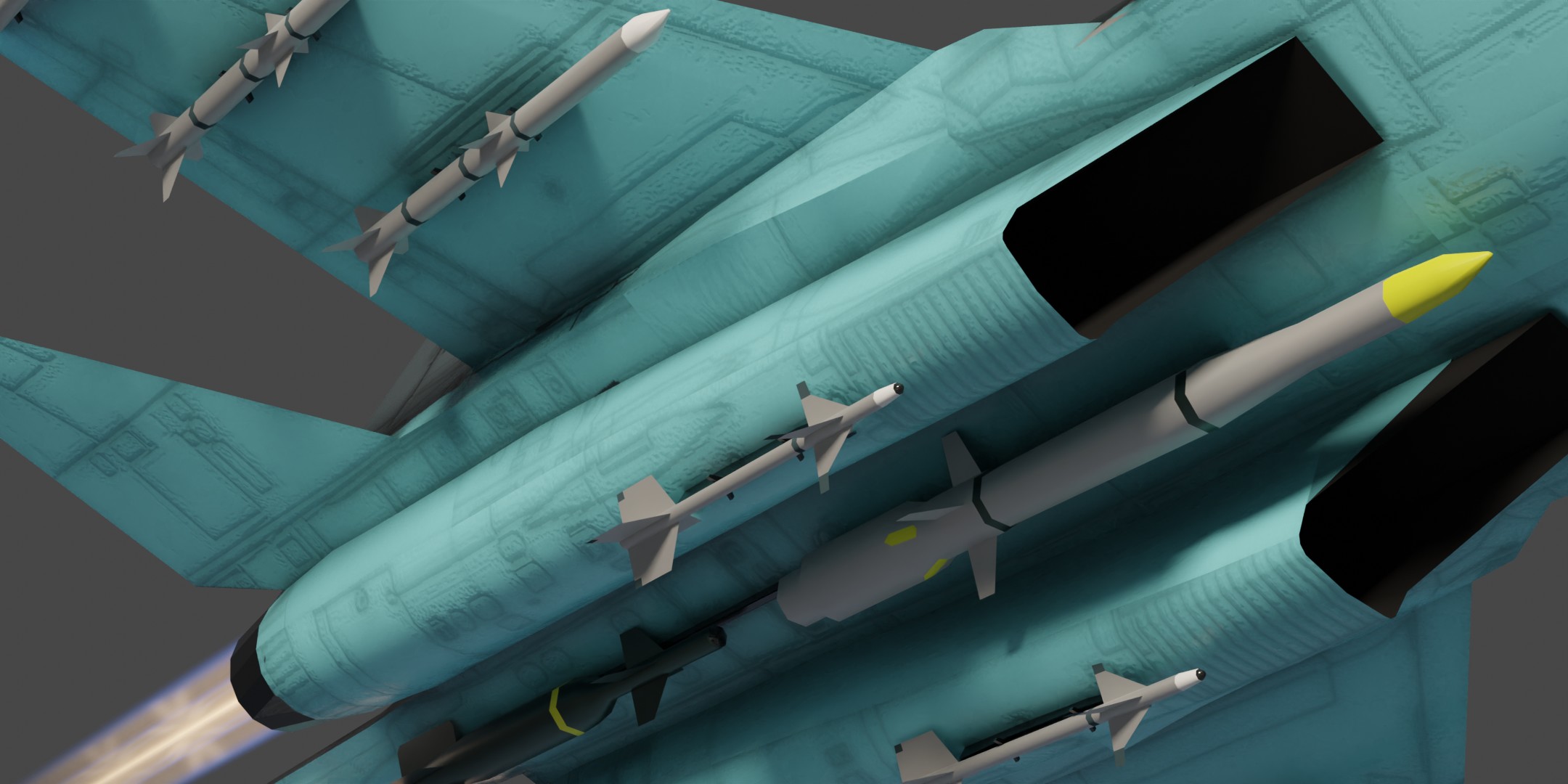 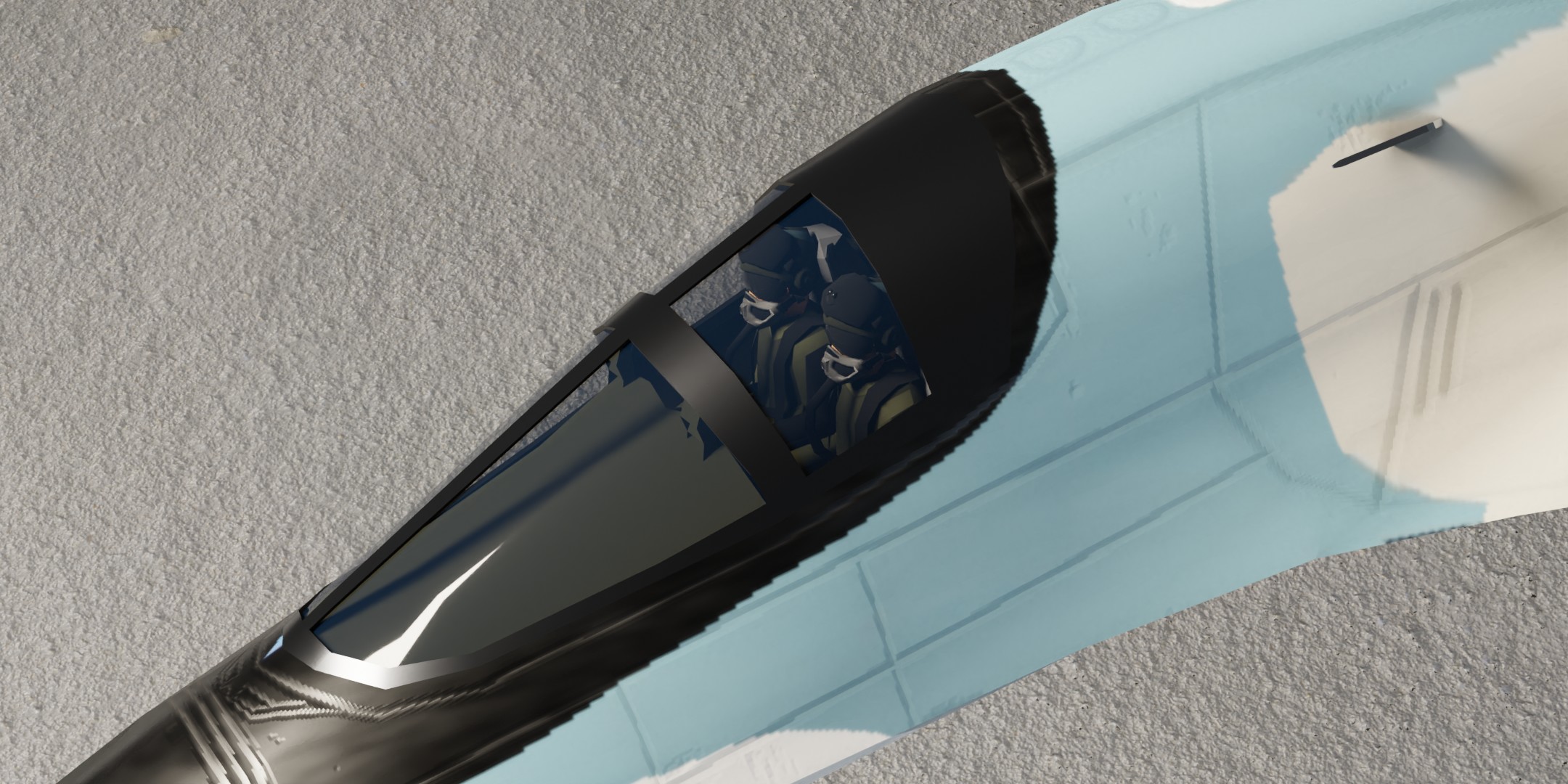 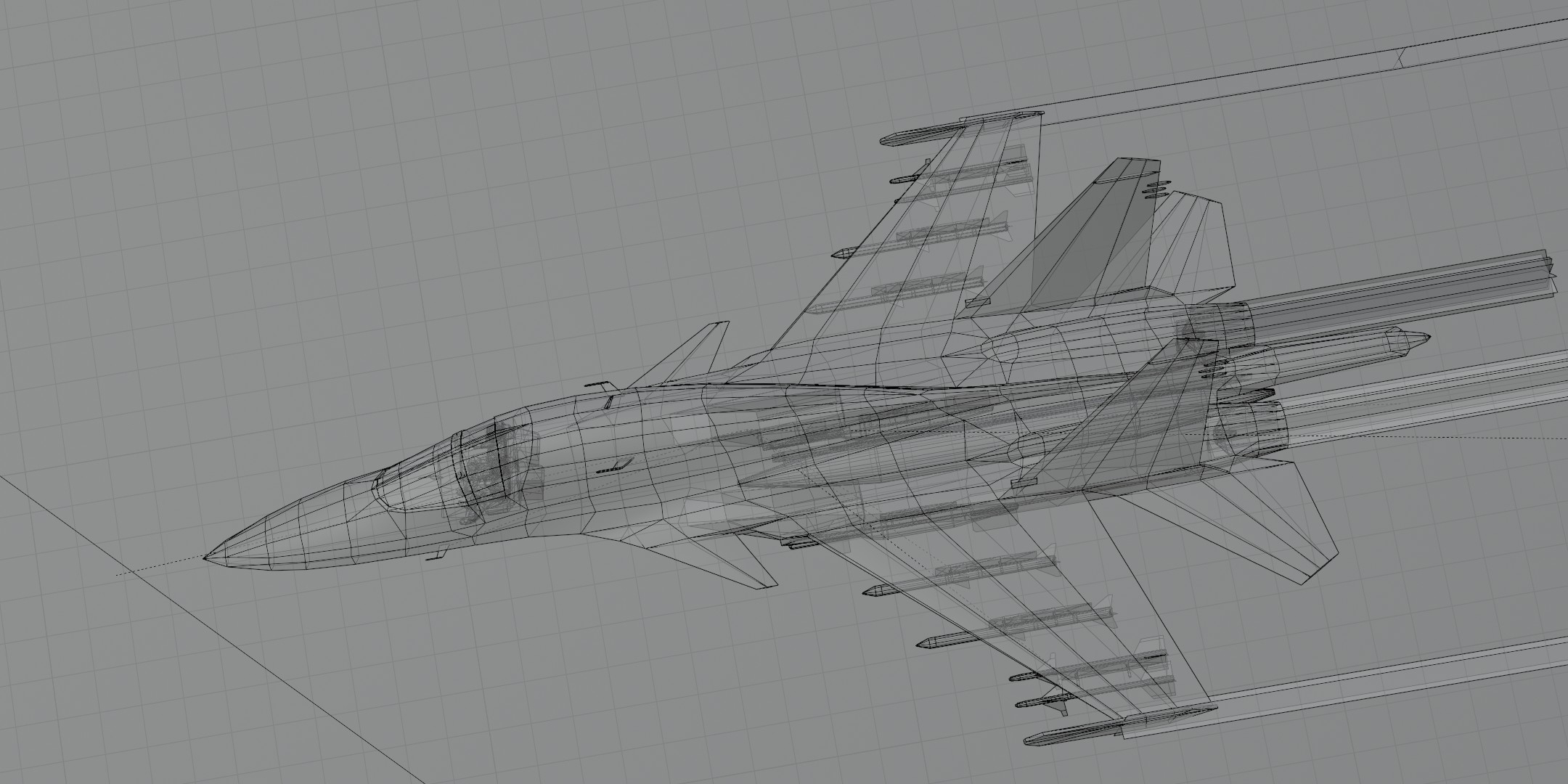 Sukhoi SU-34 FullbackLowpoly model of russian supersonic jet fighter/bomber/attack aircraft.Sukhoi Su-34 Fullback is a Soviet-origin Russian twin-engine, twin-seat, all-weather supersonic medium-range fighter-bomber/strike aircraft. It first flew in 1990, intended for the Soviet Air Forces, and it entered service in 2014 with the Russian Air Force.Based on the Su-27 Flanker, the Su-34 has an armoured cockpit with side-by-side seating for its two pilots. The Su-34 is designed primarily for tactical deployment against ground and naval targets on solo and group missions in daytime and at night in a hostile environment with counter-fire and electronic warfare (EW) counter-measures deployed, as well as for aerial reconnaissance.1 standing version with wheels and 2 flying versions with trails, afterburner, pilot and armament.Model has bump map, roughness map and 3 x diffuse textures.Check also my other aircrafts and cars.