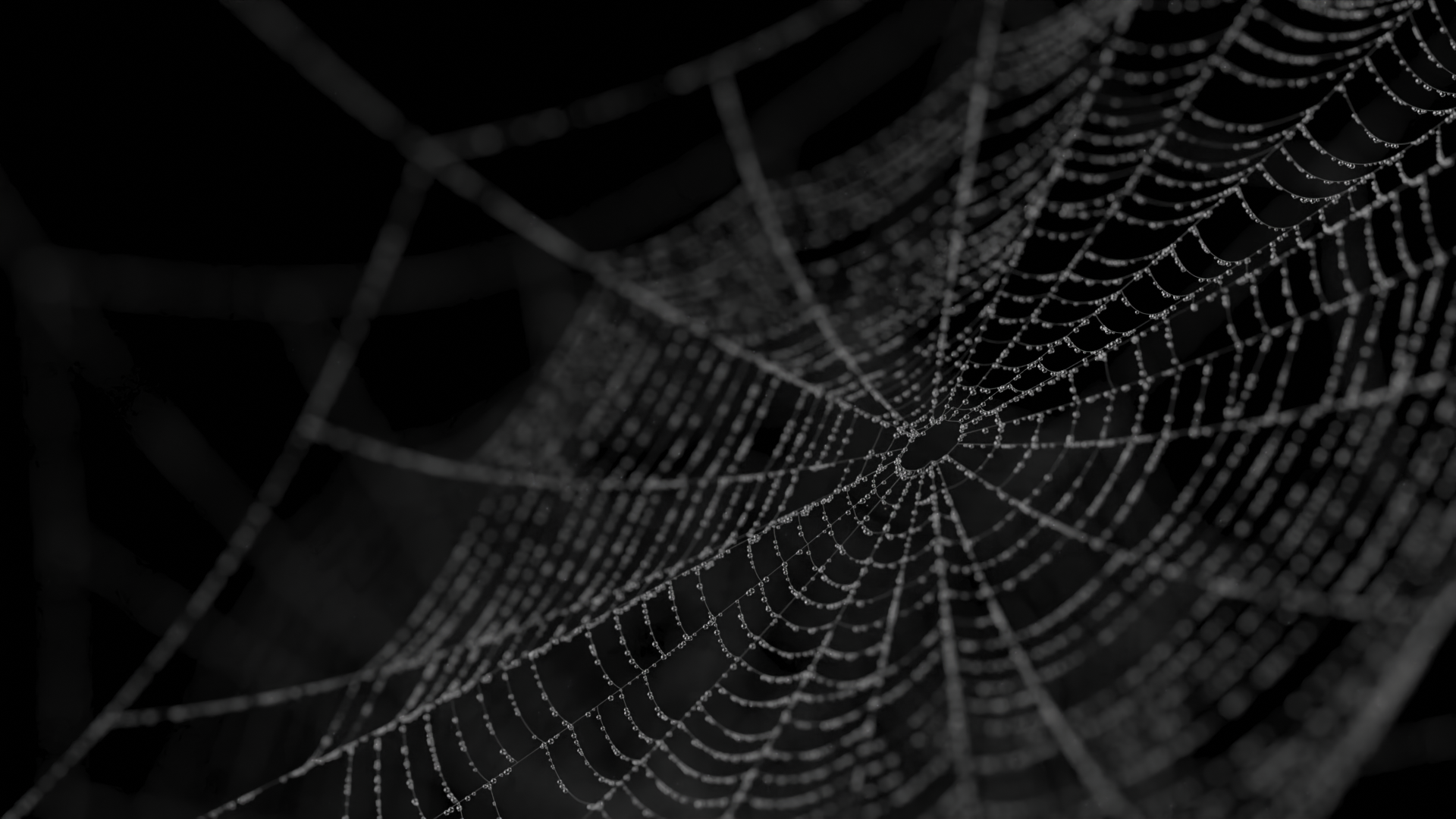 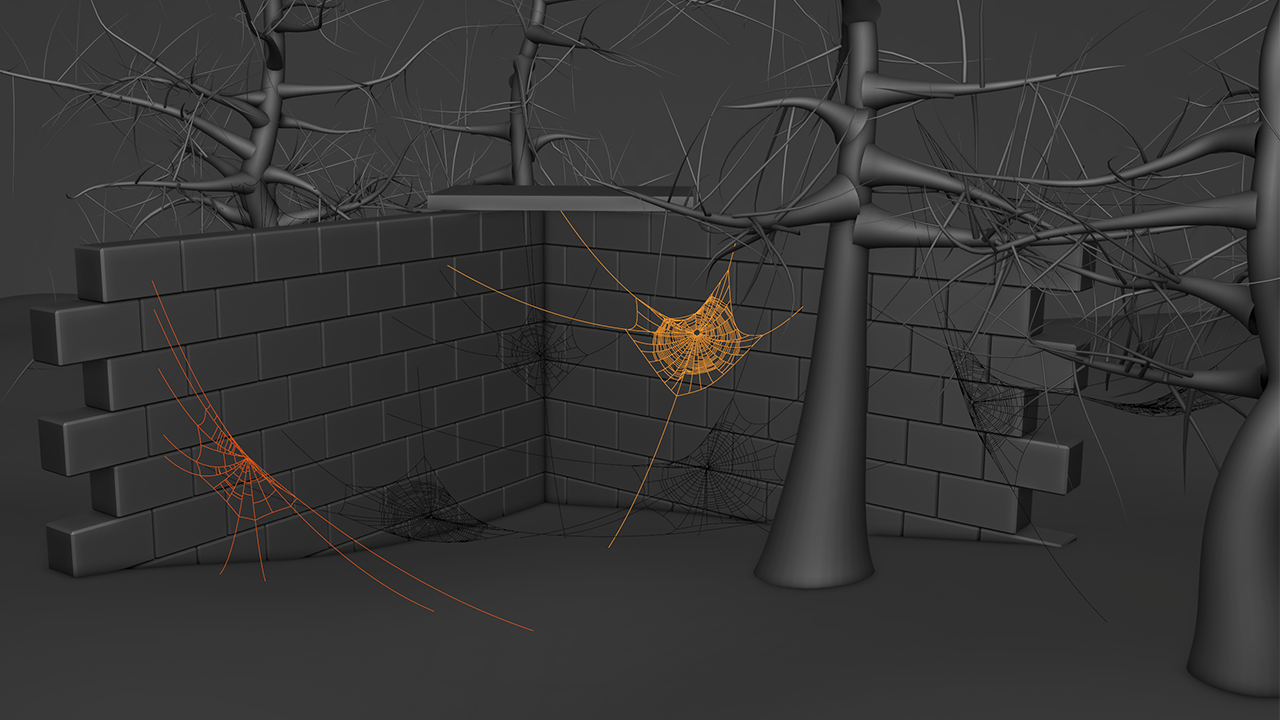 Creates a spider web, which dynamically connects to surrounding objects (for example, single meshes or collections).

The node group returns a curve object which can then be used for further operations, like turning into to a mesh.

A base setup and an advanced example.

While being very flexible in multiple scenarios, it is unavoidable that errors might appear in individual situations: