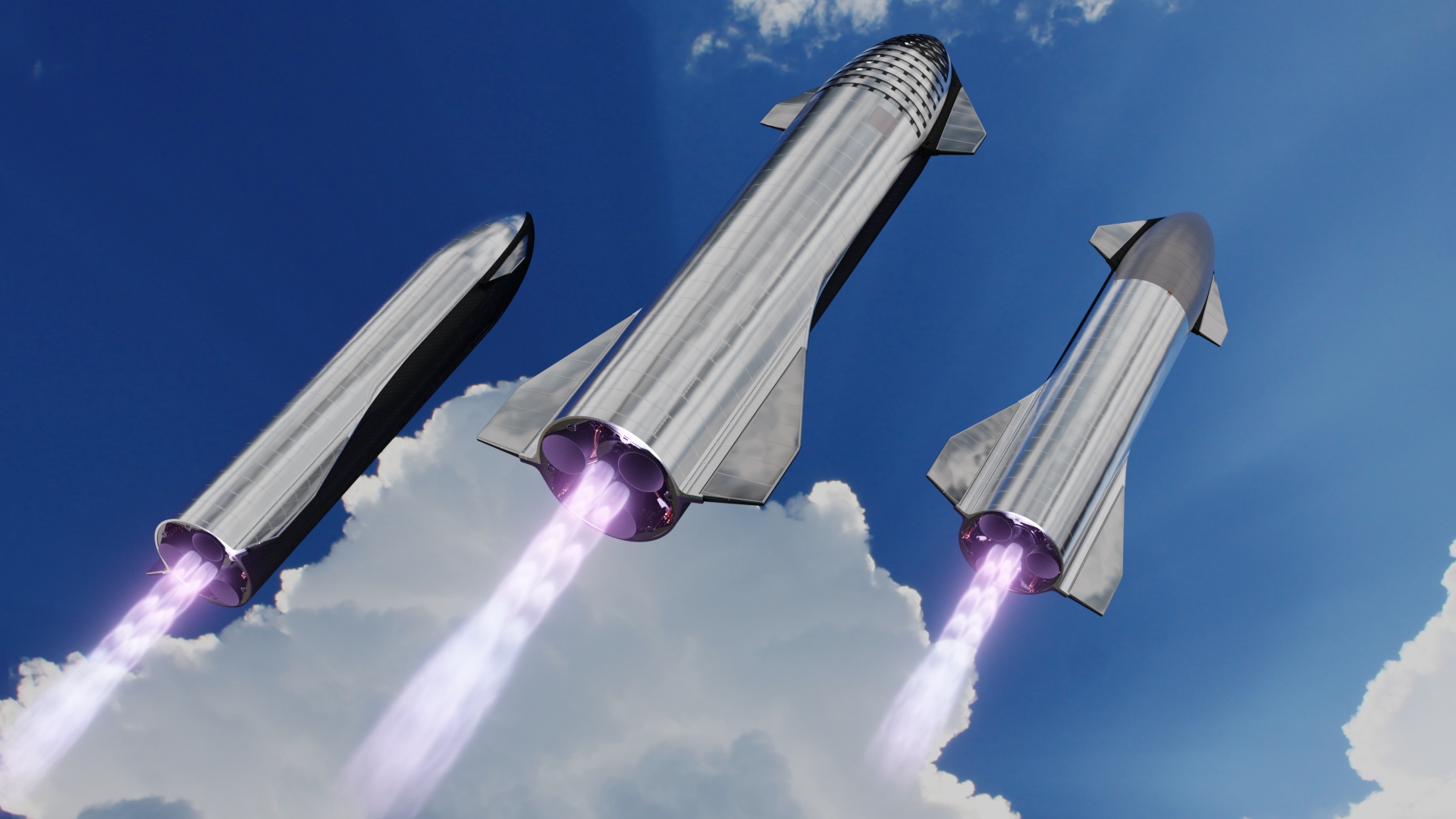 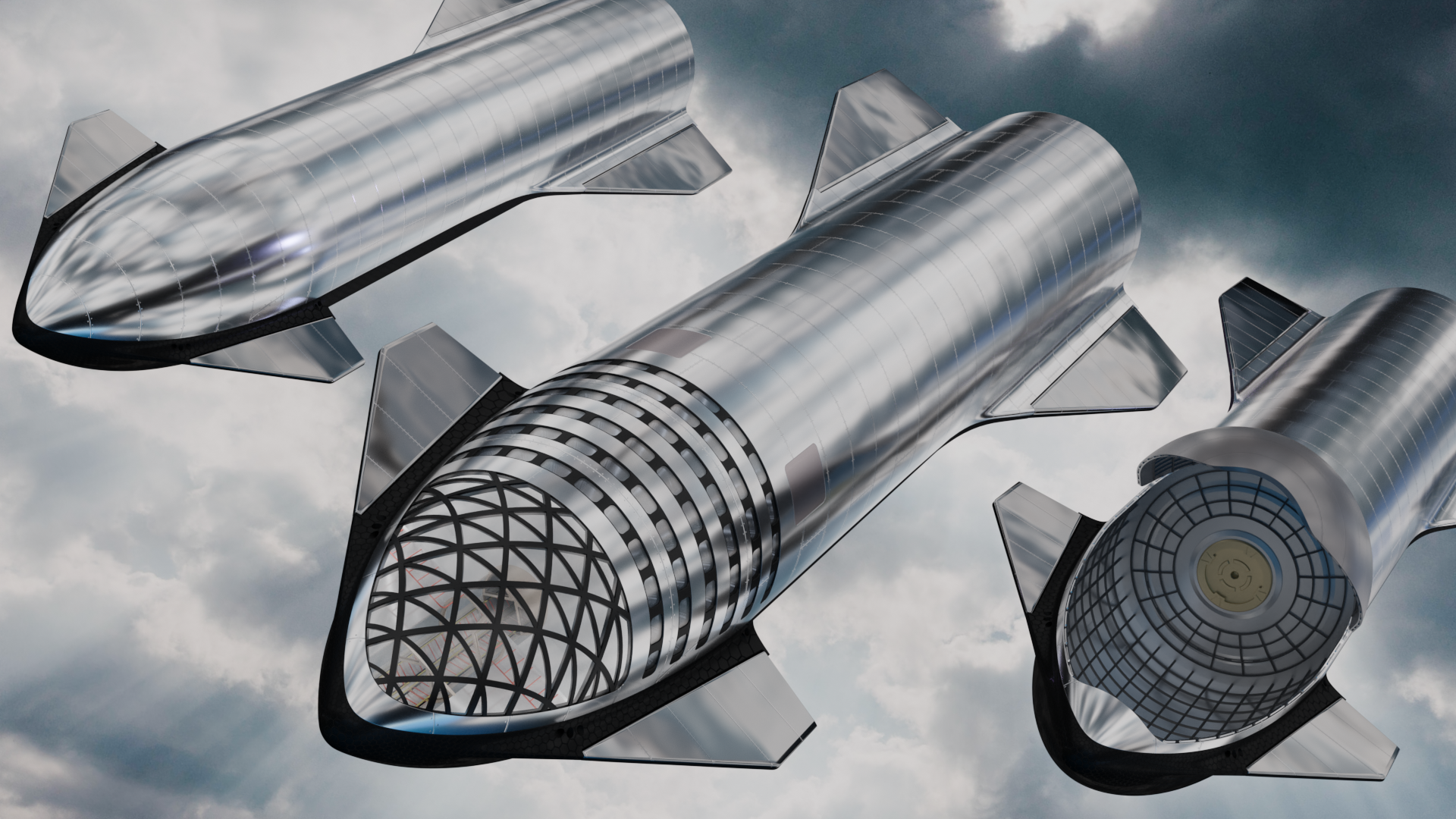 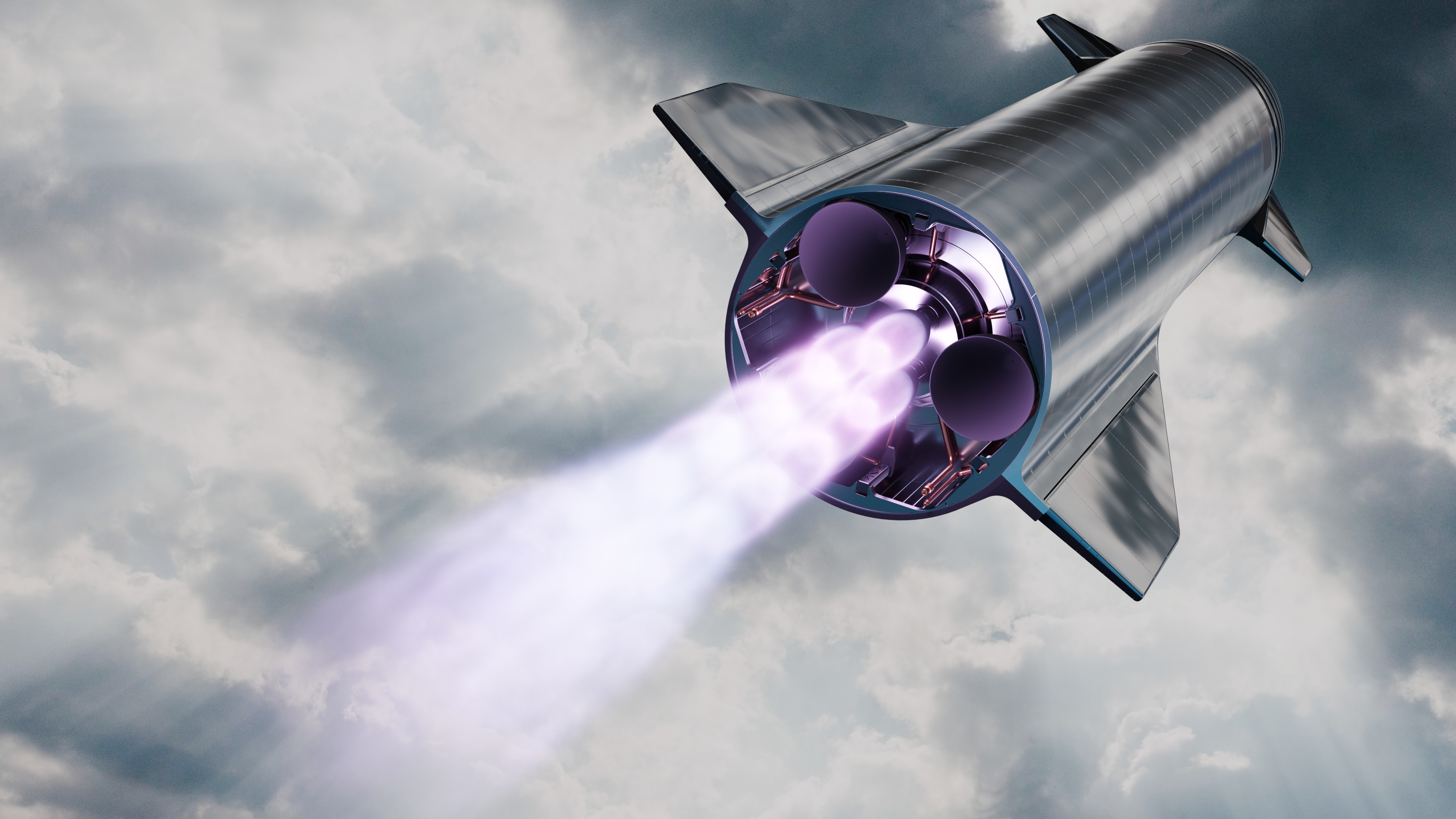 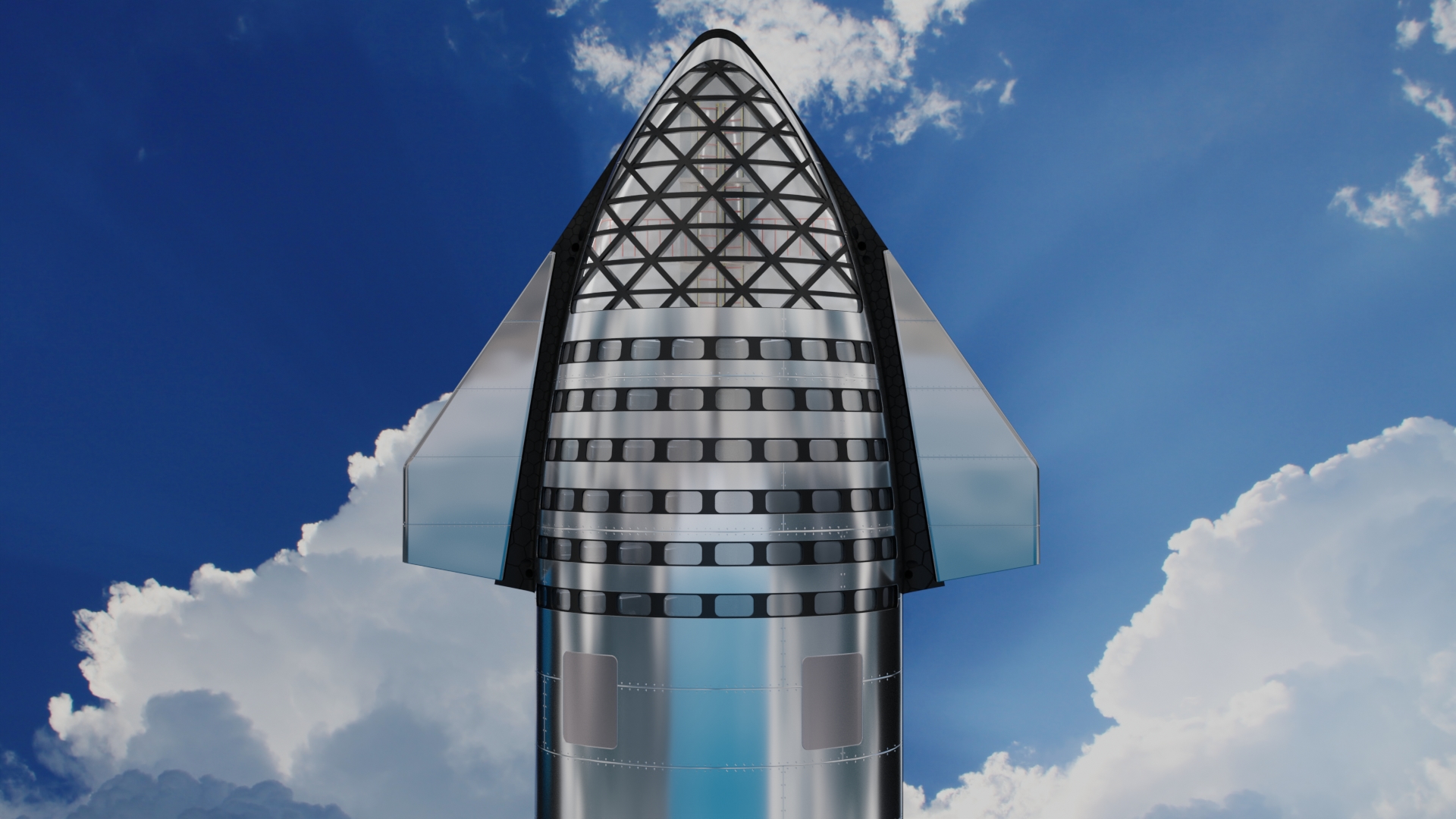 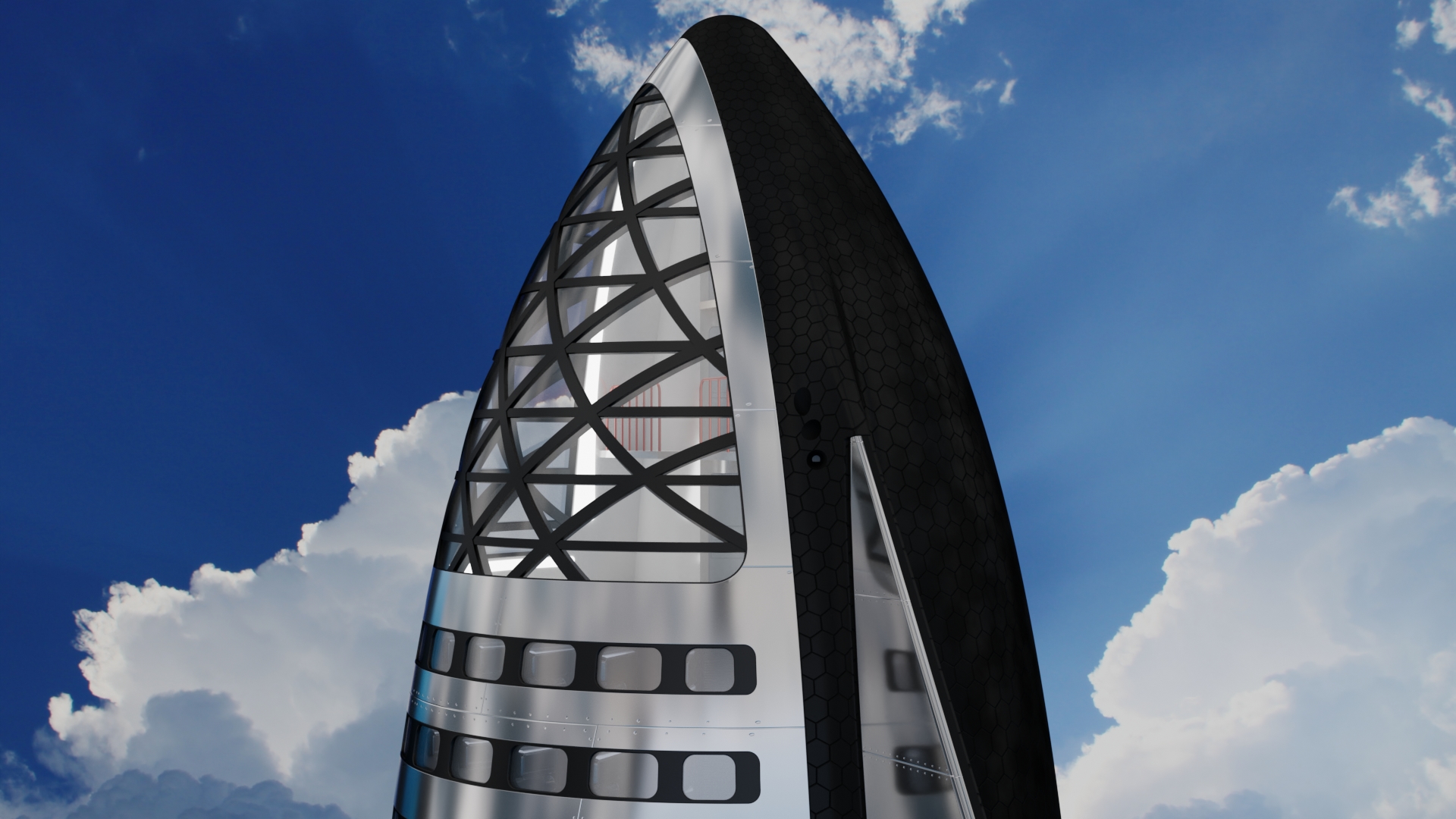 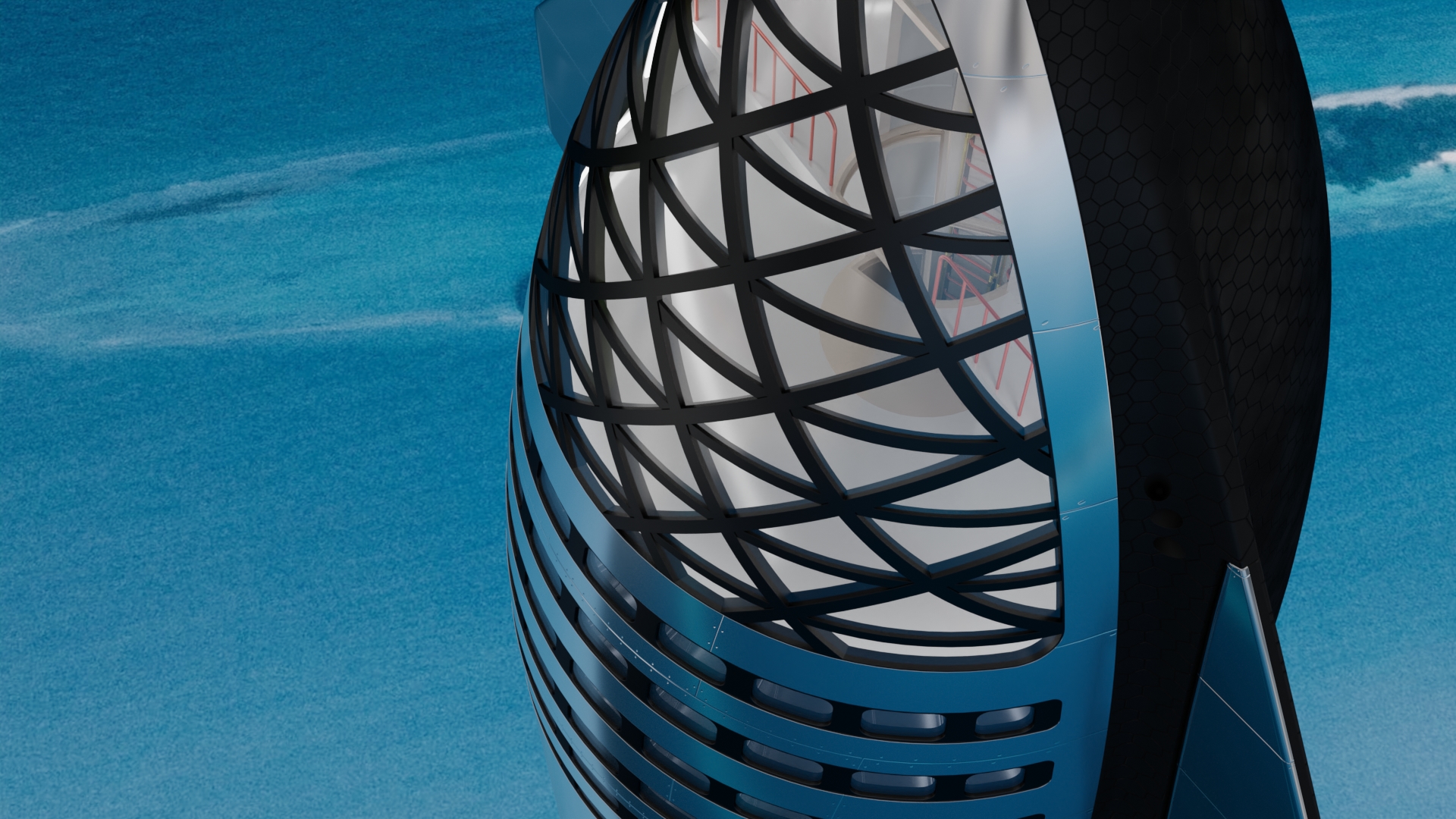 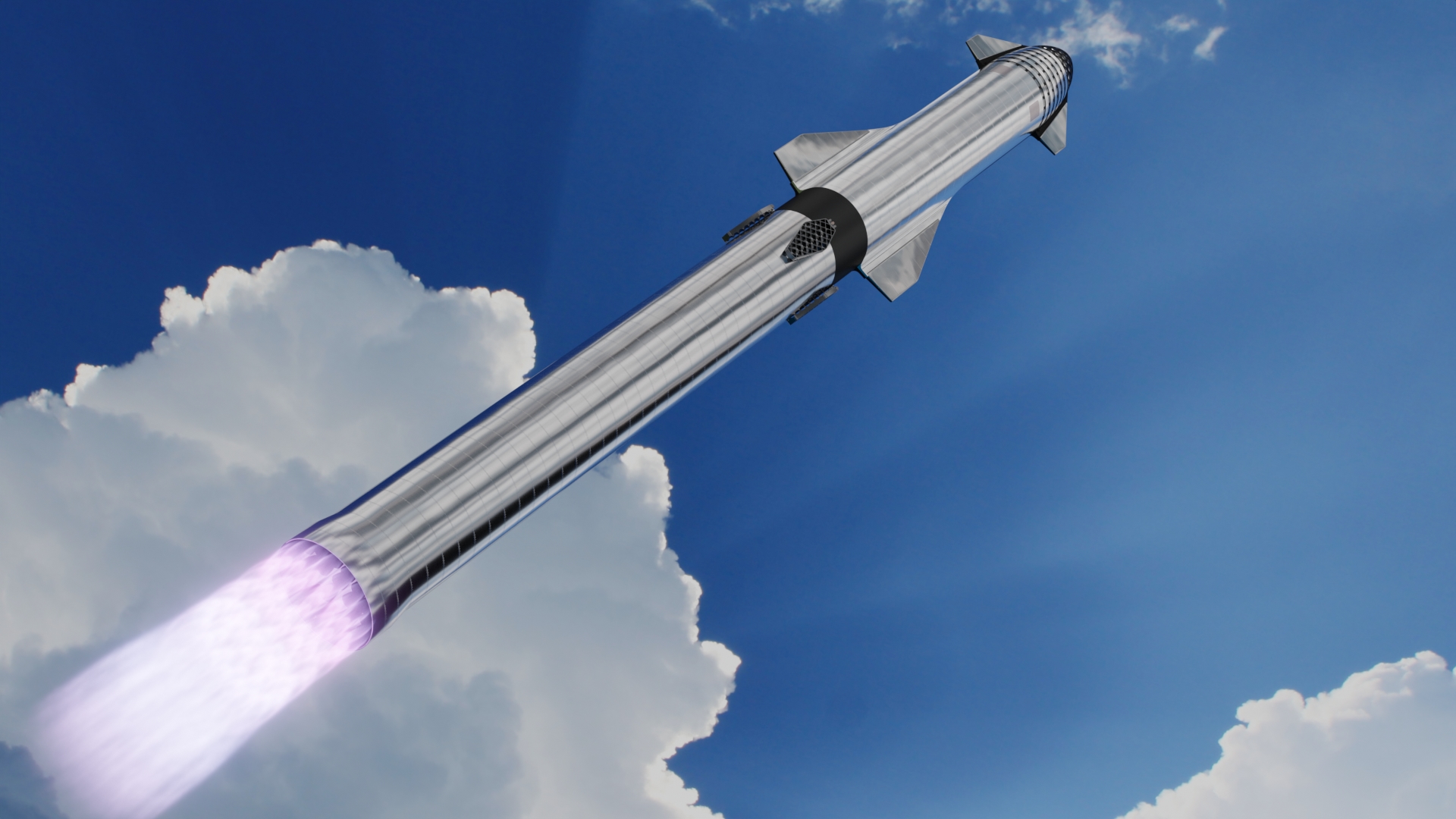 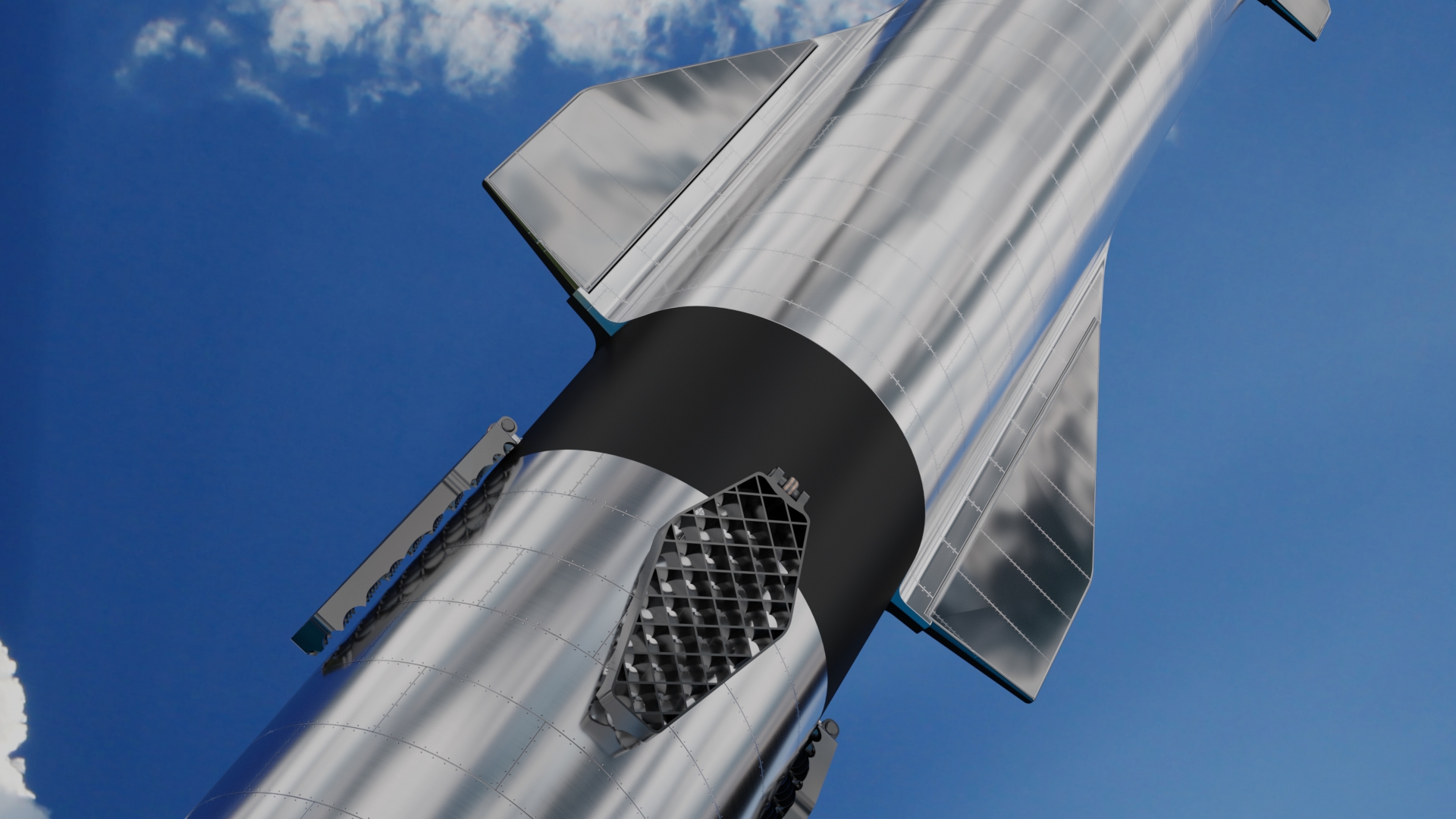 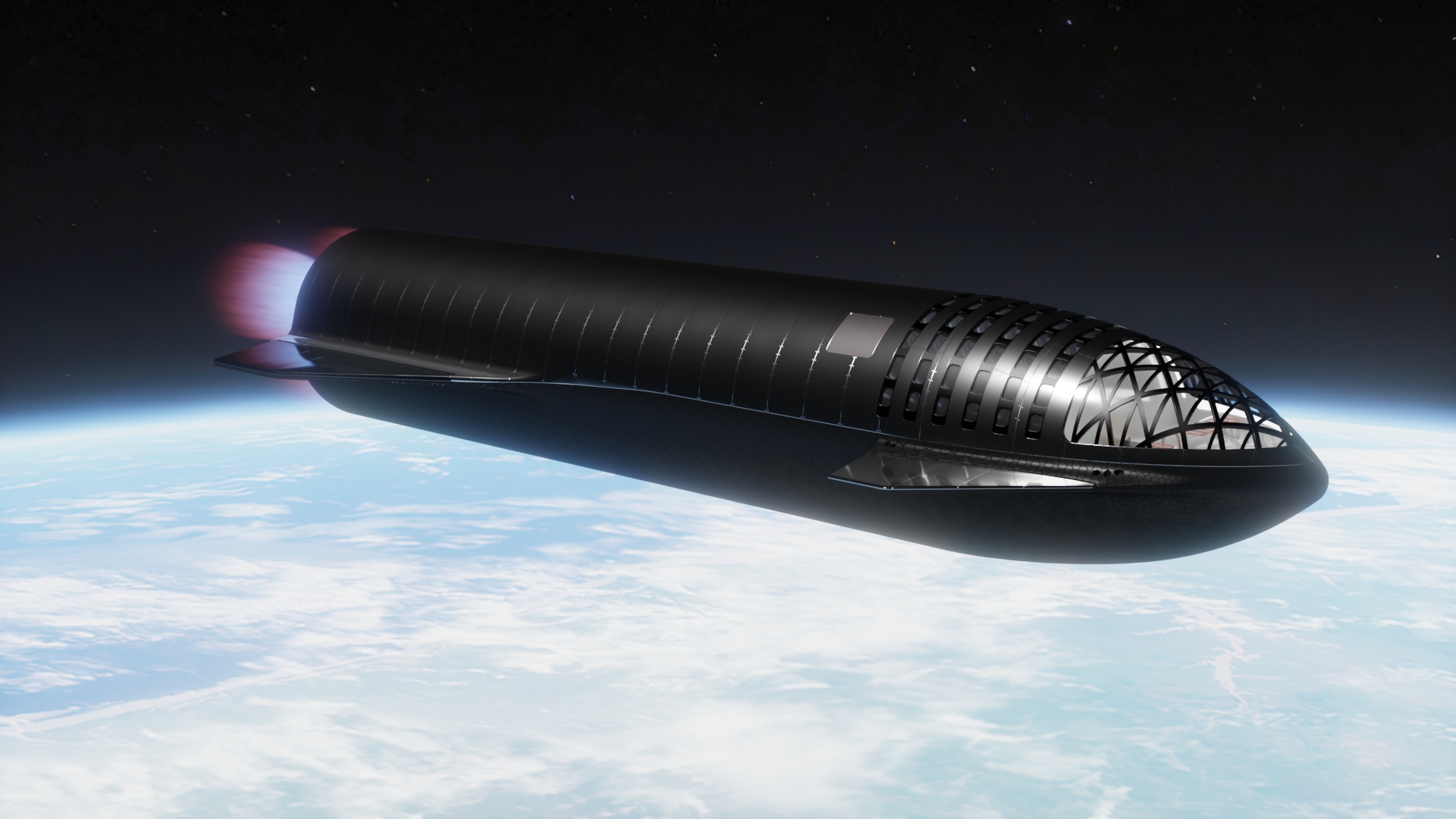 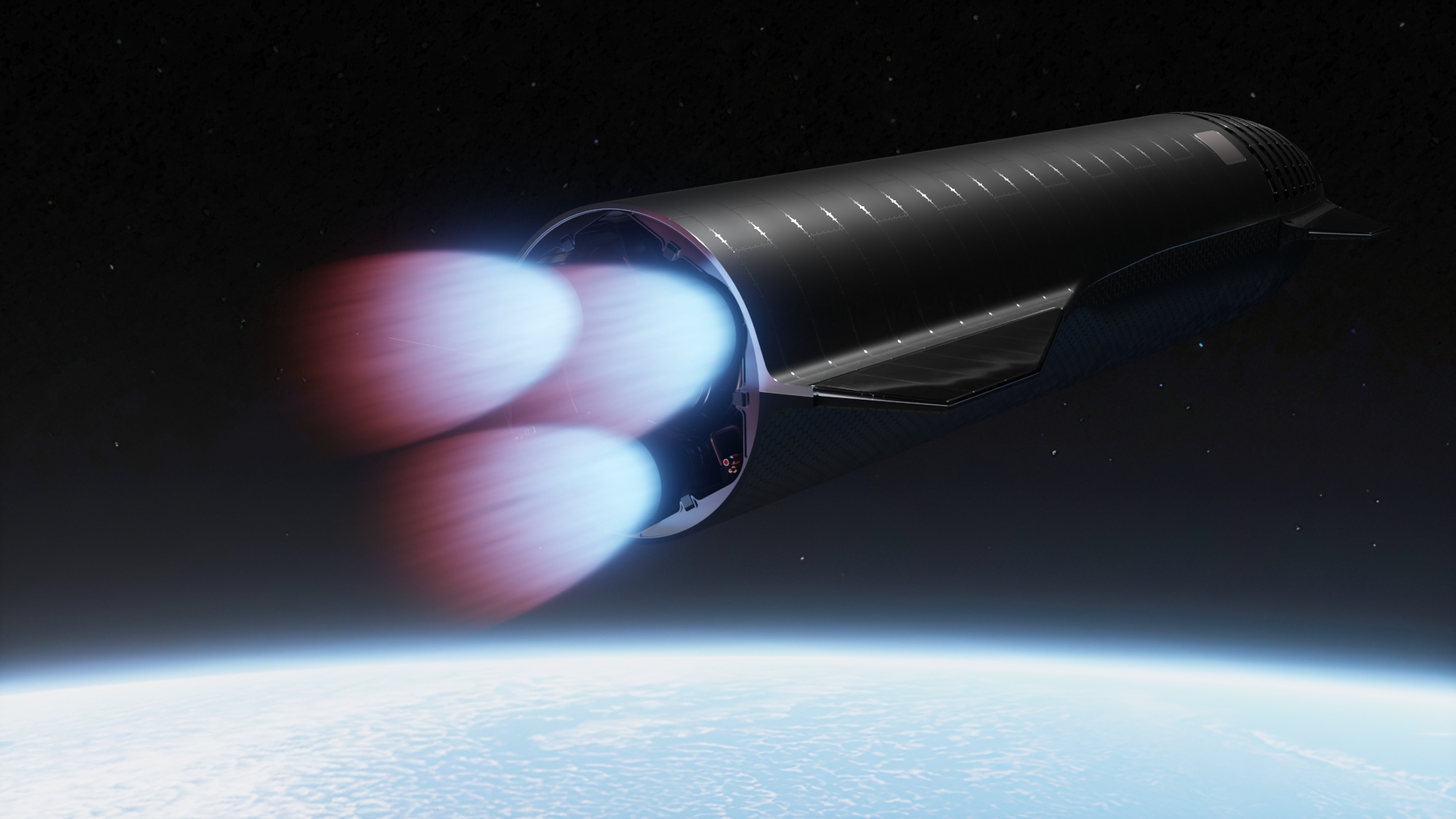 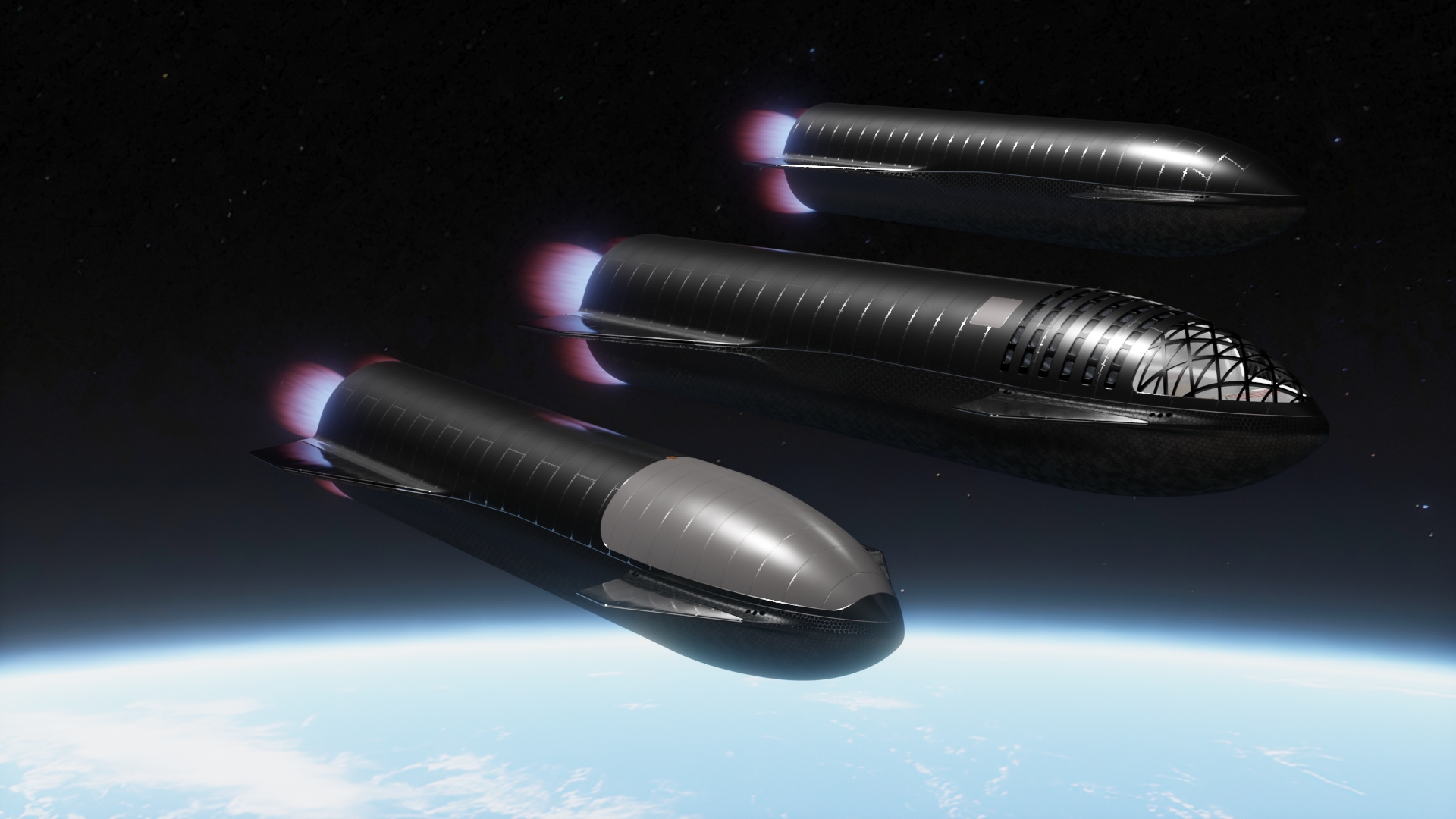 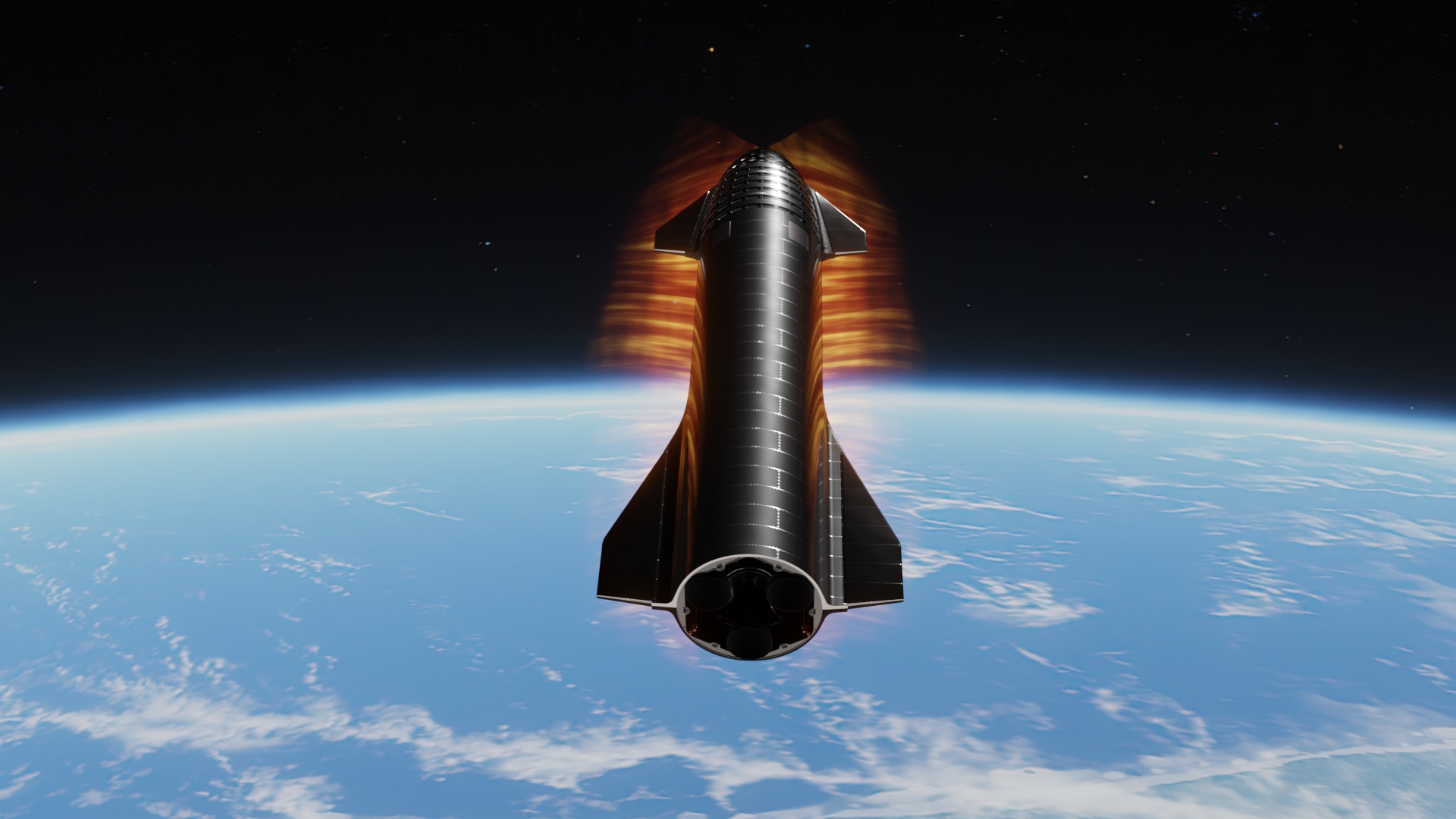 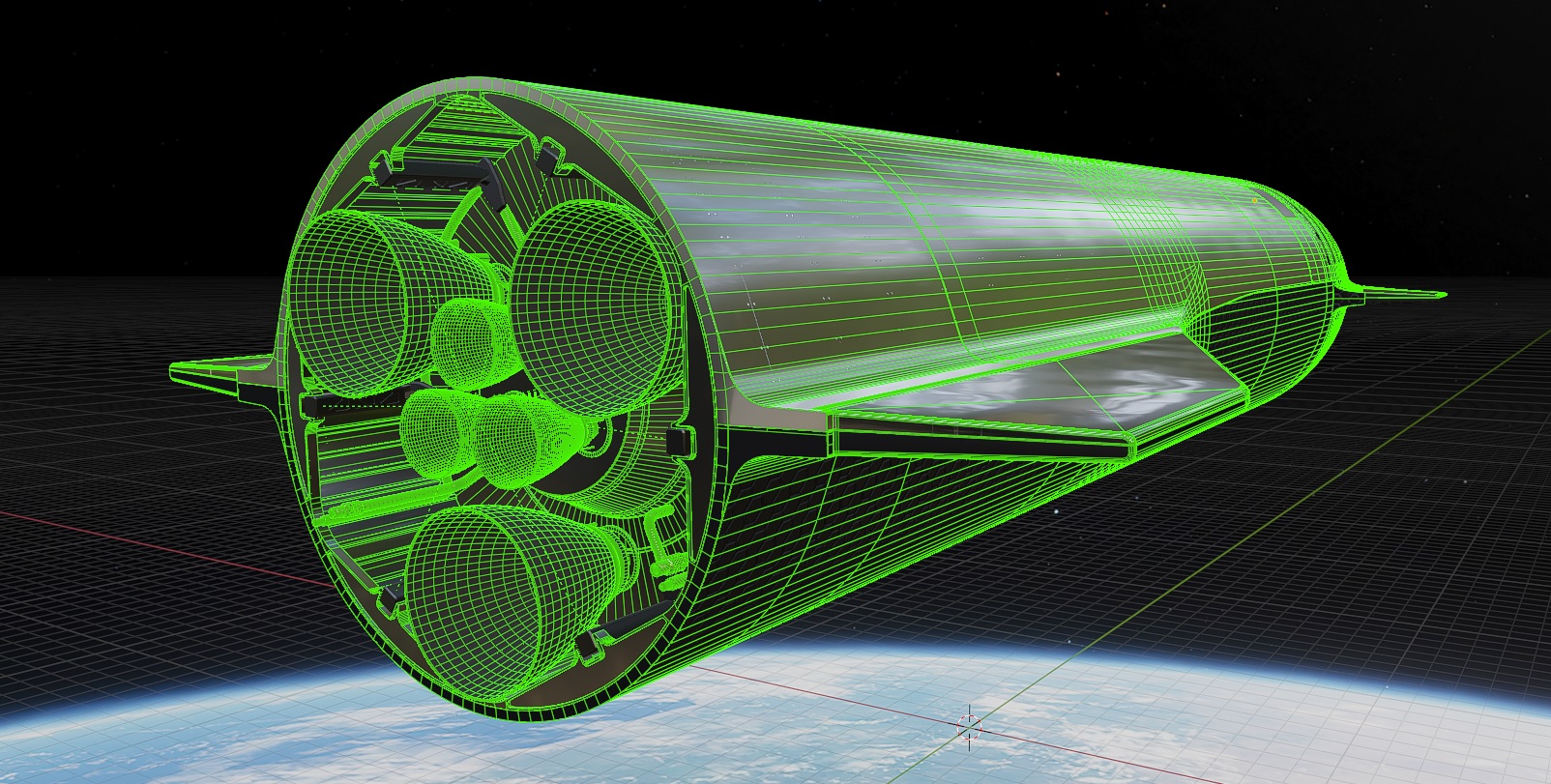 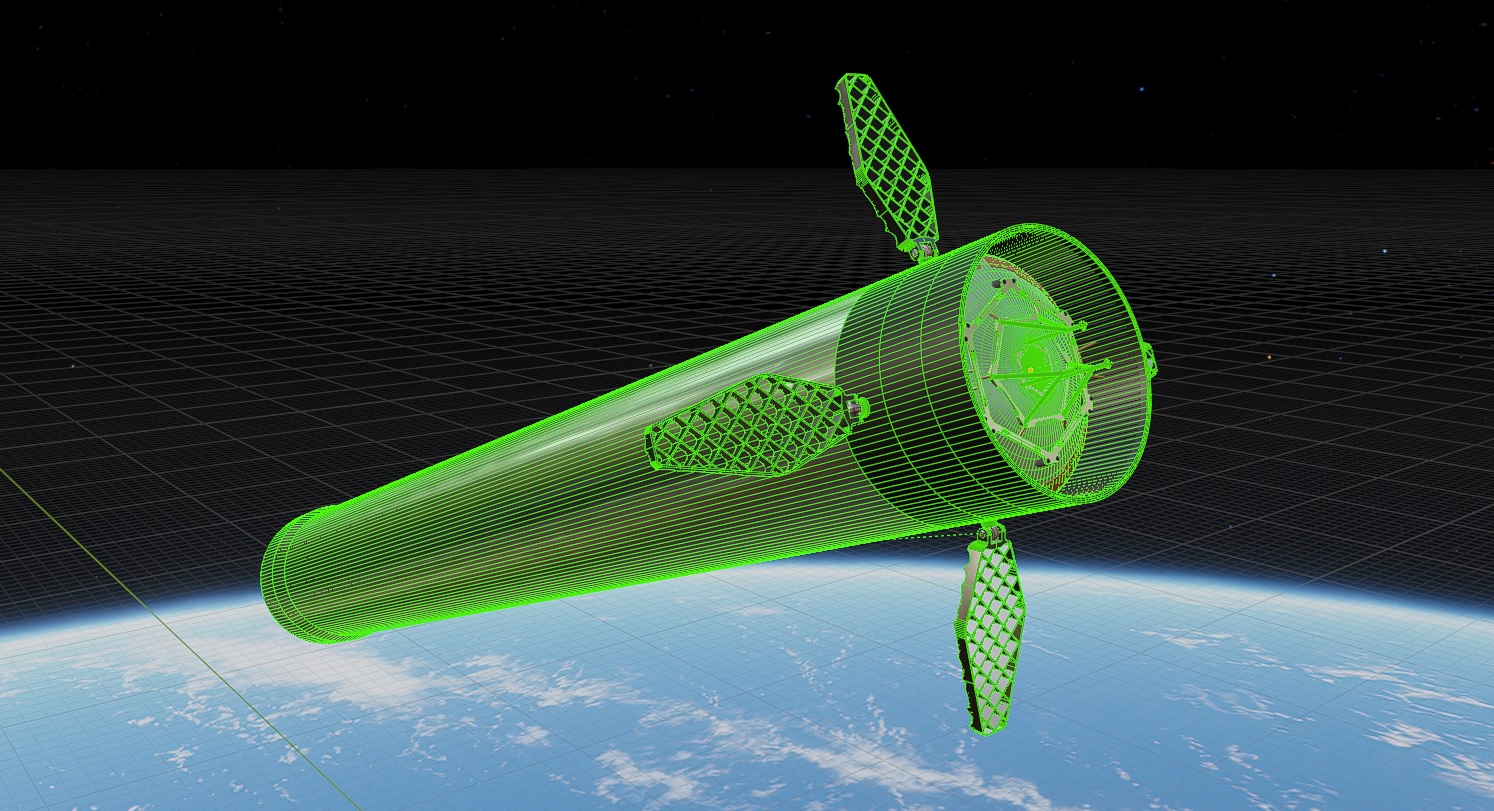 3D models of SpaceX Starships and booster There are 3 Starship variants available.

The crewed version has a simplistic interior with sleeping arrangement and common areas. The cargo version has a cargo bay and the cargo bay door can open as seen in one of the renders

There are also RCS thruster exhaust effects available which you can find in the deactivated collection in the outliner.

The clouds in the preview renders are not available since those are just free stock images. However the space scene with earth is included as a 360 environment, change 3d viewport to perspective view to see it.