by Digital Creator School in Models 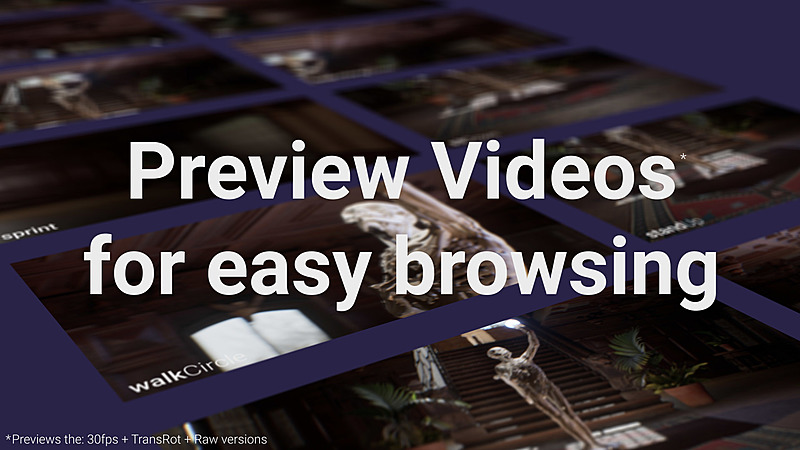 What is the Real Camera Motion Library?

An .fbx library of 184 variations of 40 main motion-captured camera moves. None of the library is keyframed animation, all was captured at 60 fps from real motion.

An example of 'walkInjured' rendered in Blender

The variations of these 40 moves include:

All of these variations mean there are 552 .fbx files in this library.

In addition to these files, renders of the 30 fps, Raw, Translate + Rotate versions of each camera move are included for easy browsing of each file without having to import each one to see how they animate. 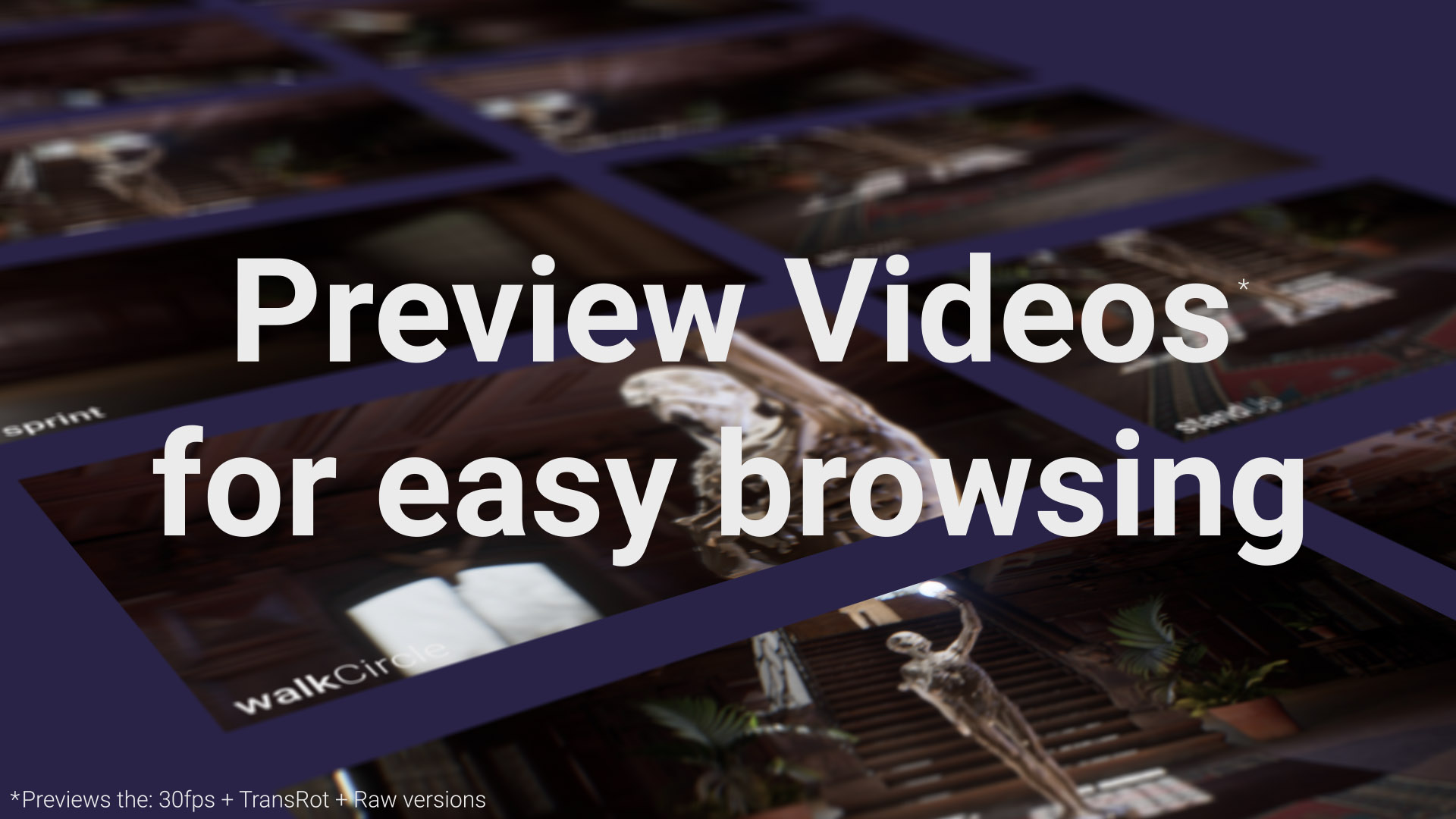 Example of the preview gallery renders.

All the files are divided in their respective folders according to the variation they include, but they also have the following suffixes for easier identification when browsing:

_L = Left-hand version, appears only on reframePans or walkCircle files. The ones without this suffix indicate it's the right-hand version.

_TR = Translate and rotate animation both included
_R = Rotate-only animation on the transforms. Note: because the cameras were captured on a shoulder rig, except the two cellPhone camera files, be aware that choosing the rotate-only version, you'll be missing that extra little translation motion that occurs from having a pivot further back from the lens with a shoulder mount.

_S = Smoothed version, a butterworth filter was applied to the animation curves. Any file without this suffix is the 'Raw' version that may have some more natural noise in the animation curves, but may be more jittery than desired. Of course, you can always take the raw versions and apply your own smooth filters to get the amount of smoothness you'd like. This version was created for your convenience to give you at least one smoothed option. See the Maya tutorial on how you could smooth your own curves.

Here are the 40 camera moves divided into 3 general categories, idles, reframes, motions, to make them easily searchable in your database and especially in Unreal’s: