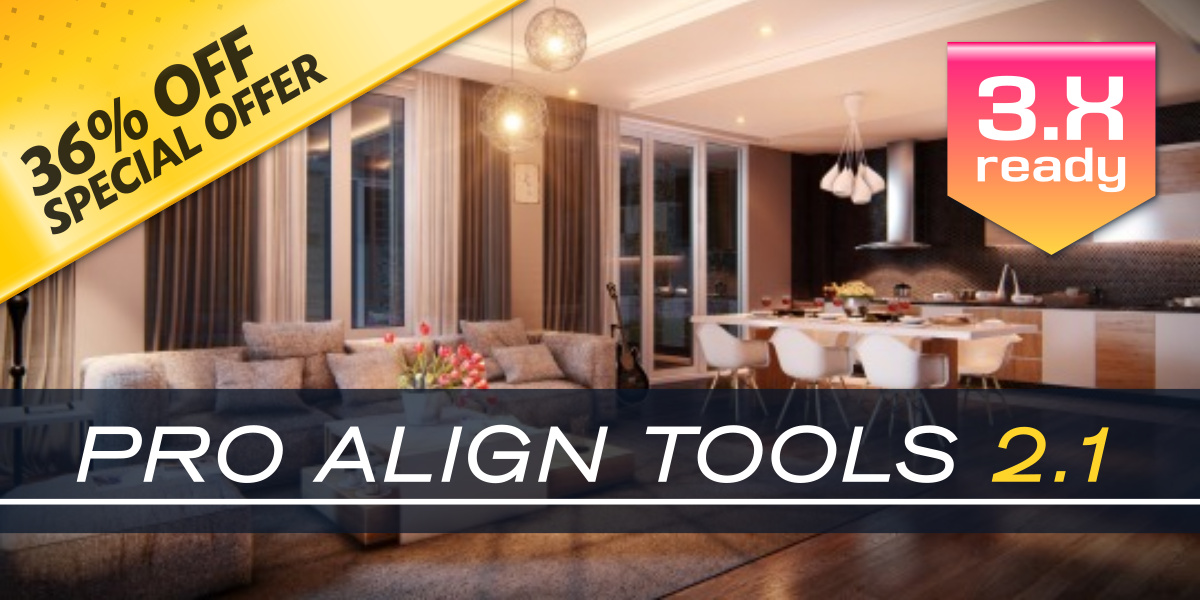 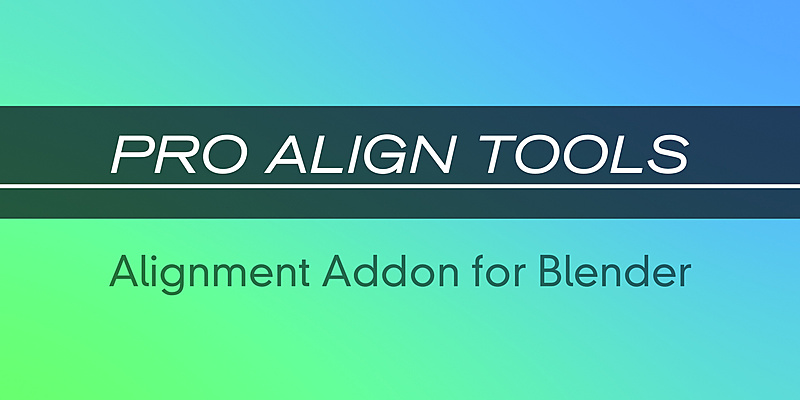 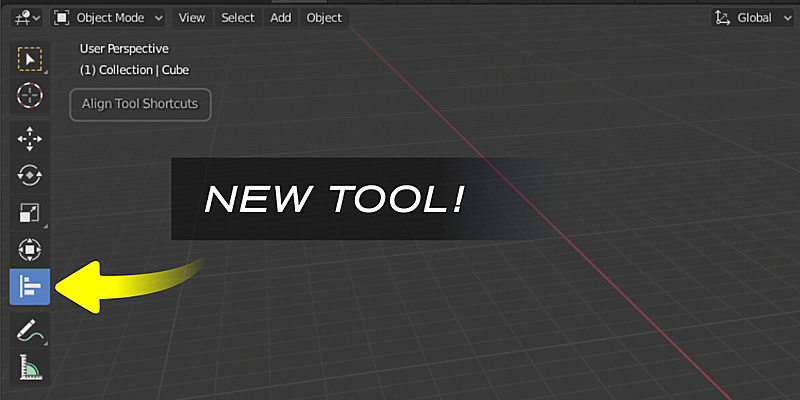 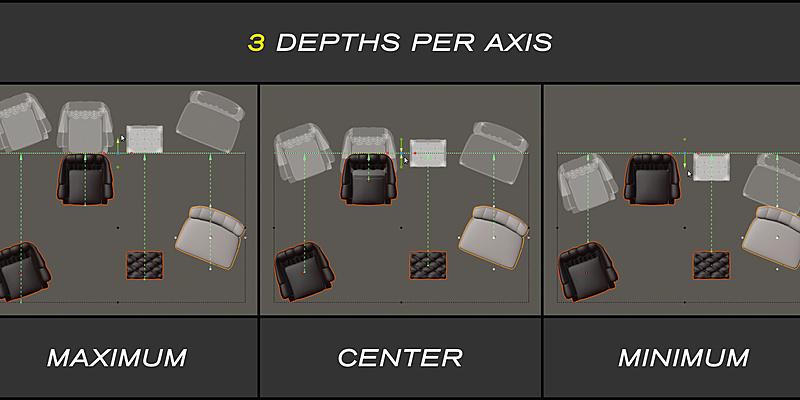 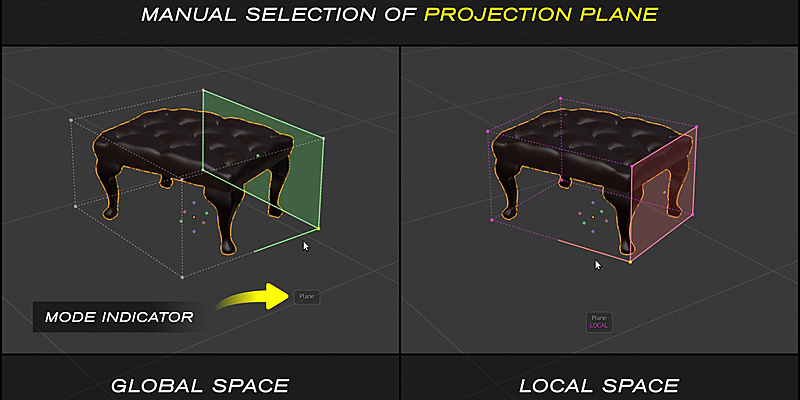 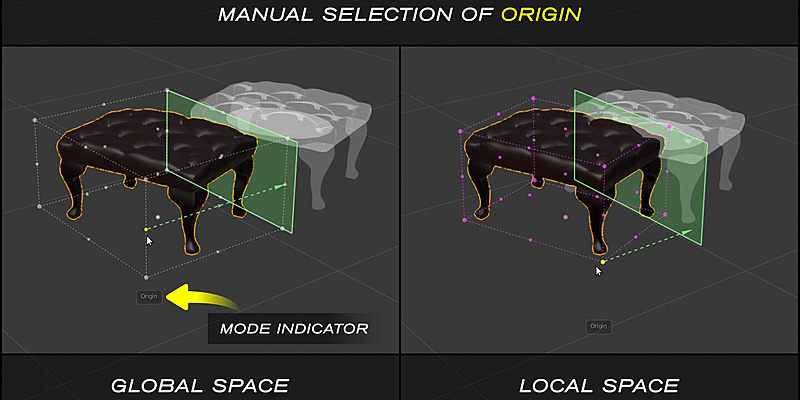 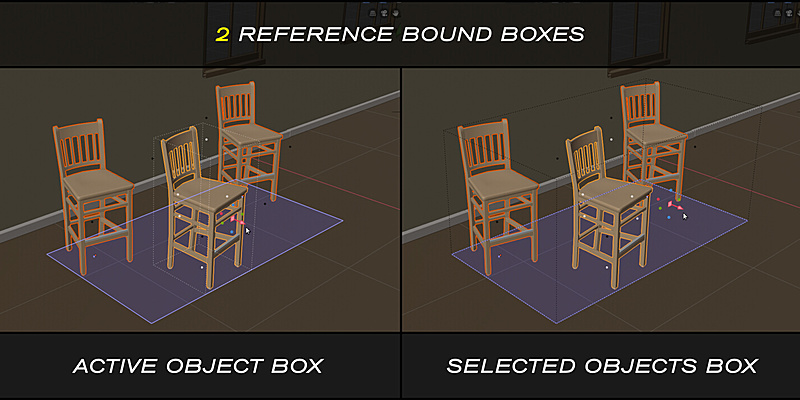 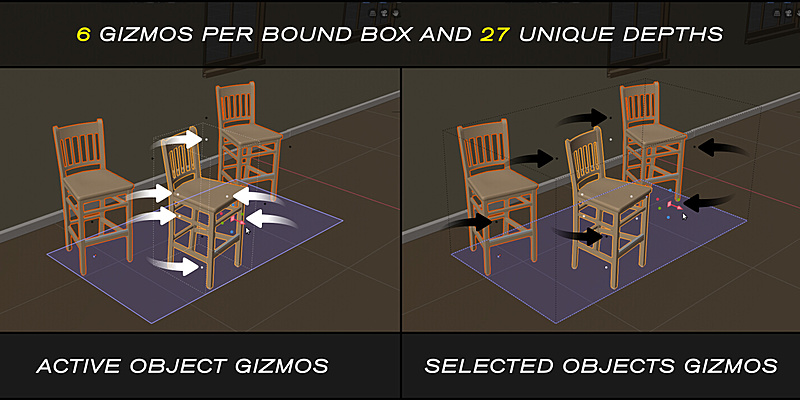 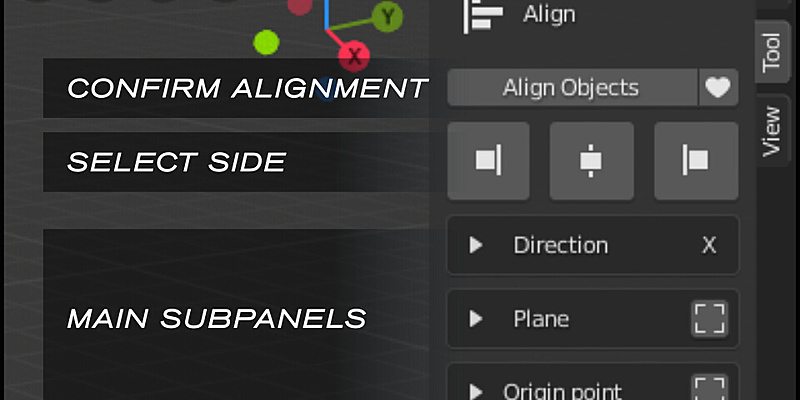 Pro Align Tools lets you align lots of objects at once interactively in the 3D viewport.

The Tool is designed to bring you flexible alignment options, taking advantage of the different geometric relations that exists between objects. 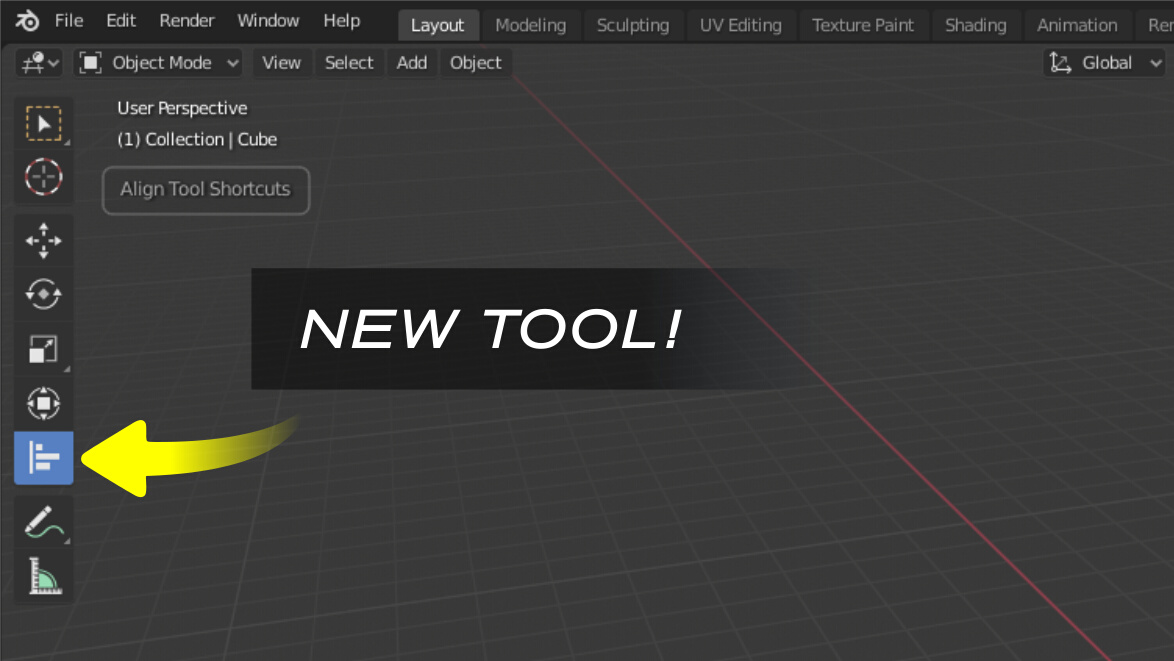 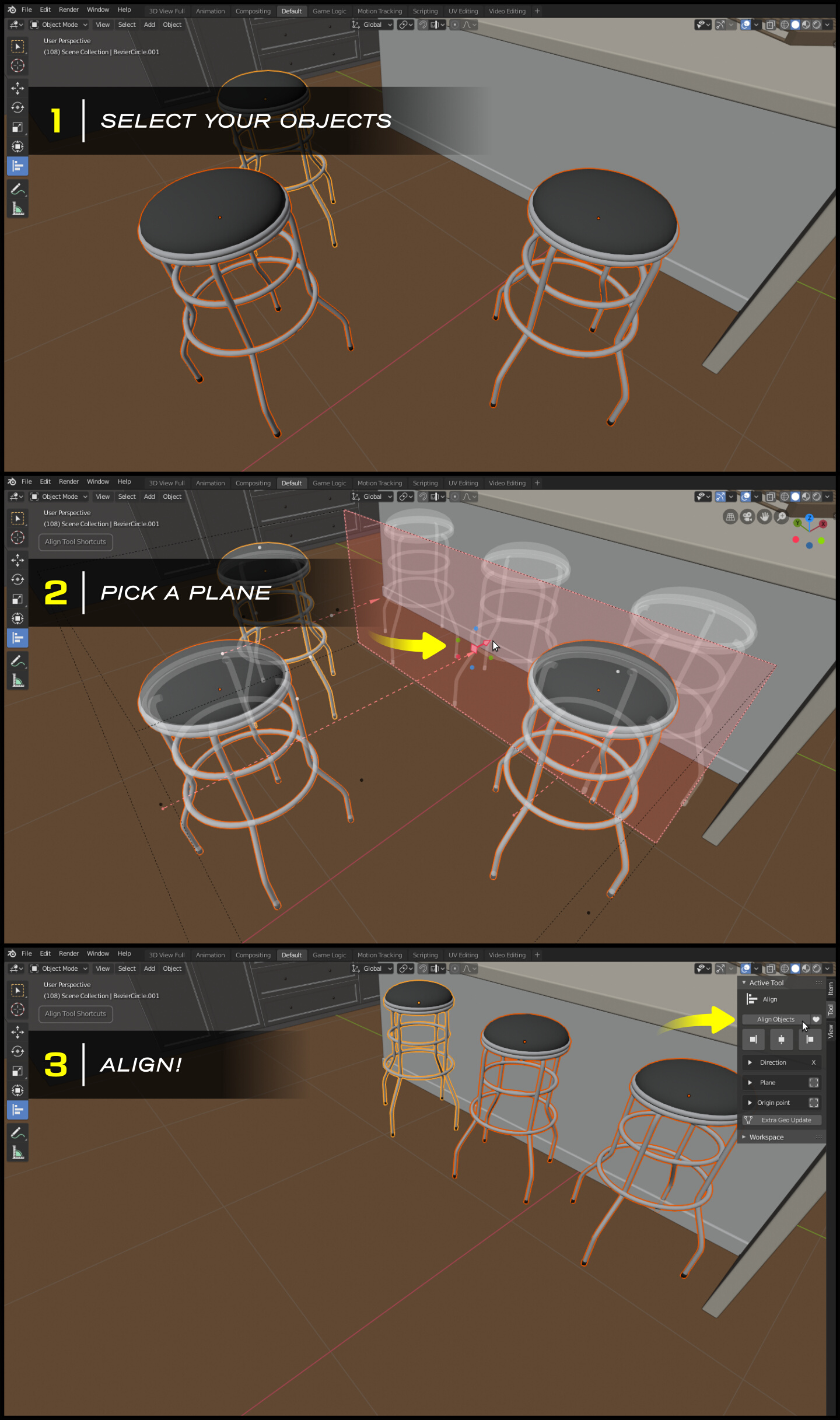 Pro Align Tools is intended to be used in Object Mode.

Interactivity is the natural state of the Tool, previewing in realtime where will objects sit after alignment while navigating, selecting, moving, rotating and scaling your objects.

The predetermined mode of operation is Auto-alignment, a fast way of picking automatically a combination of projection plane, origins, direction, orientation and depth to align your objects with a single click.

By using the gizmos, you can change the side (depth) of alignment relative to the projection plane, by selecting it directly in the 3D View.

You can also change the side by using the Tool buttons in the Sidebar. These button are similar to those in 2D applications. They just mean the negative, center and positive direction of plane normal.

The auto-alignment gizmos are a combination of 3 axes, providing an easy selection of the alignment side, and the base point. 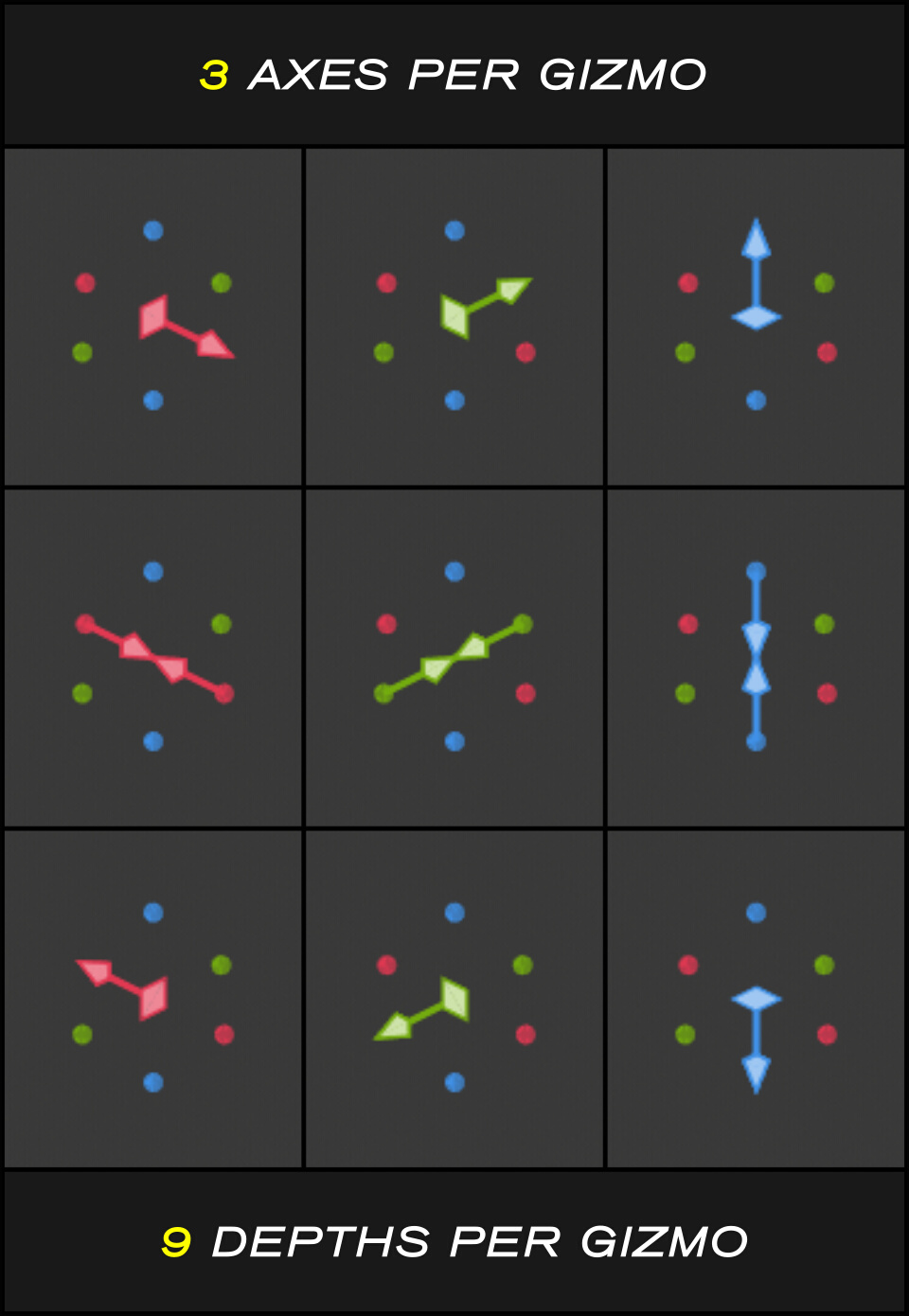 The Gizmos have different convenient base points, referring to the selected objects and the possible places at which the plane can be set. 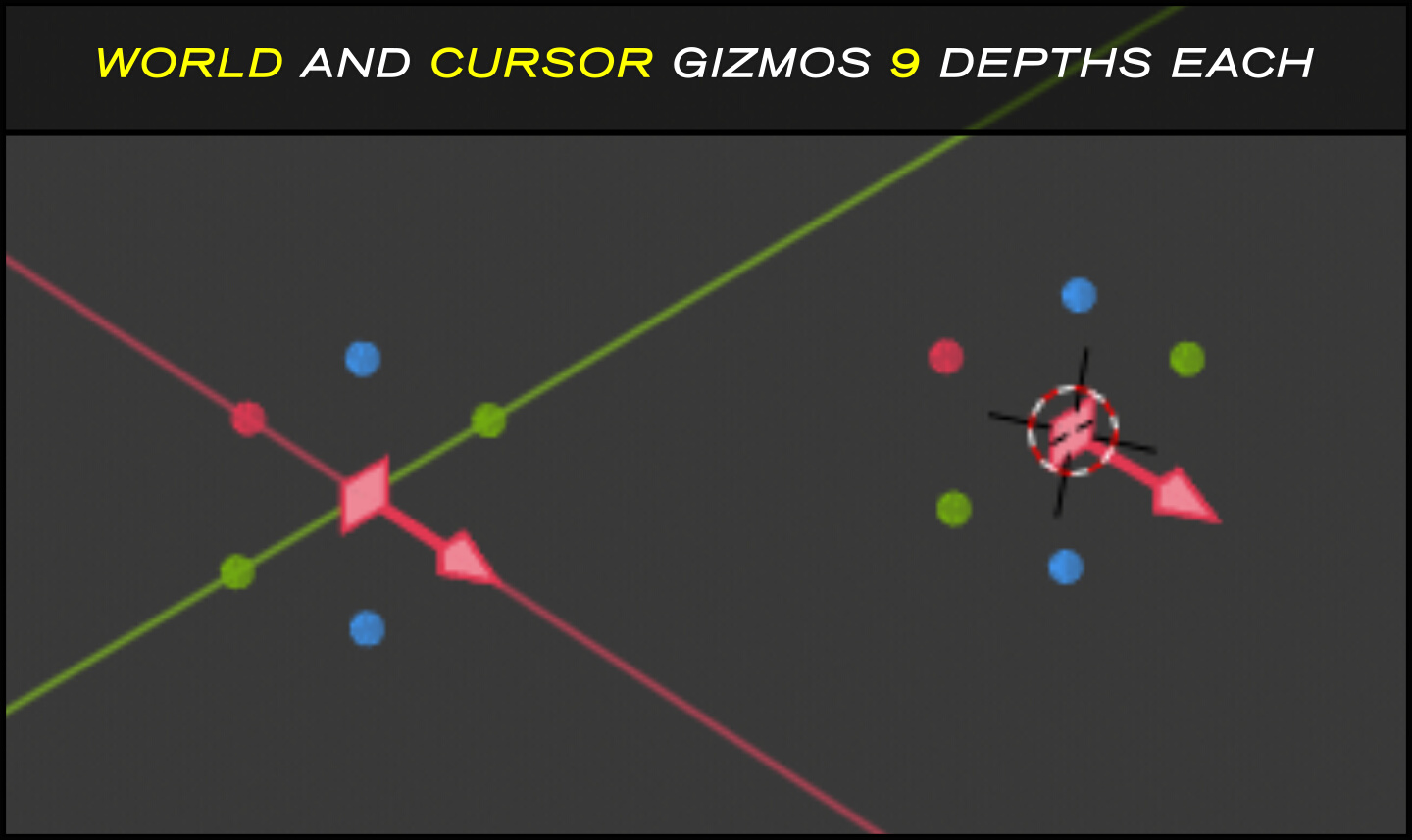 You can pick any projection plane and origin point of your choice at any time. 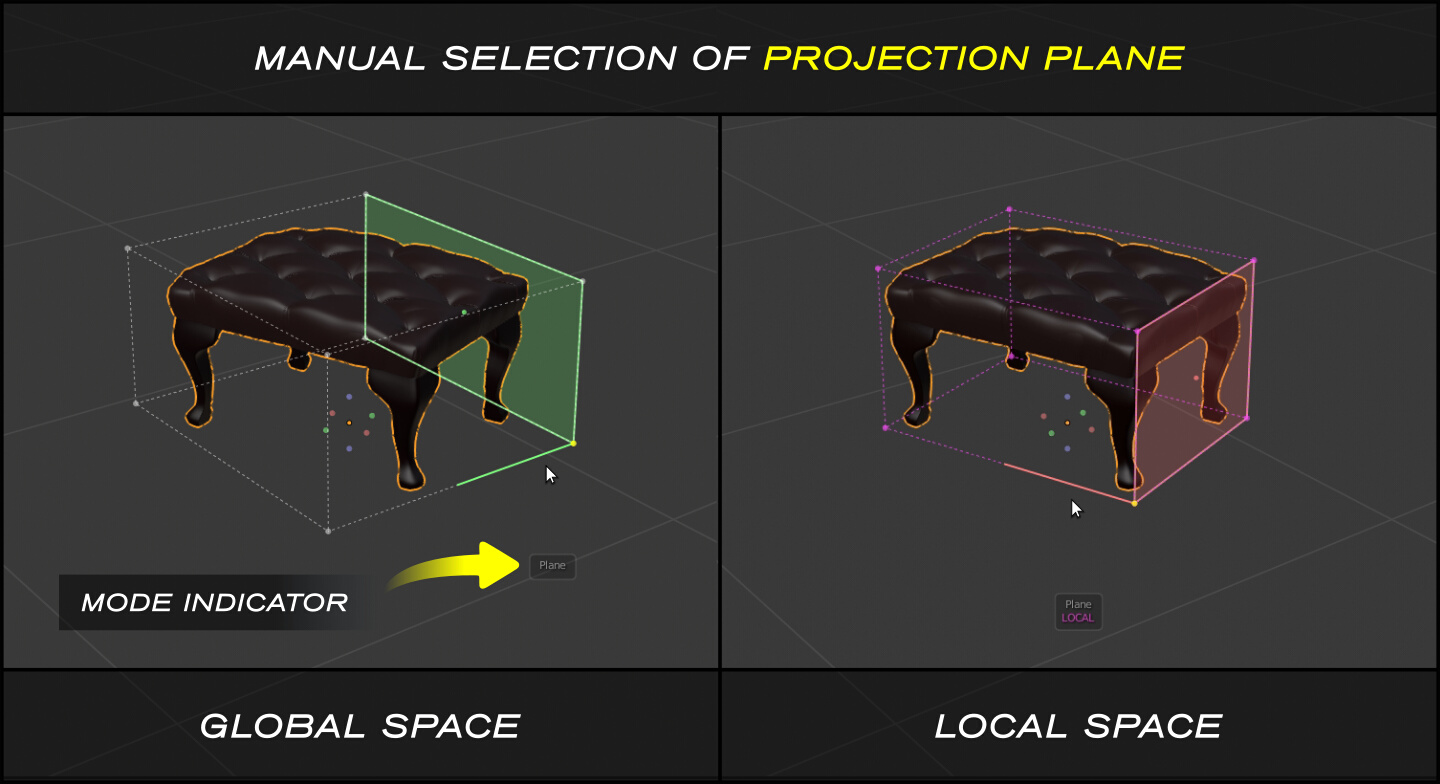 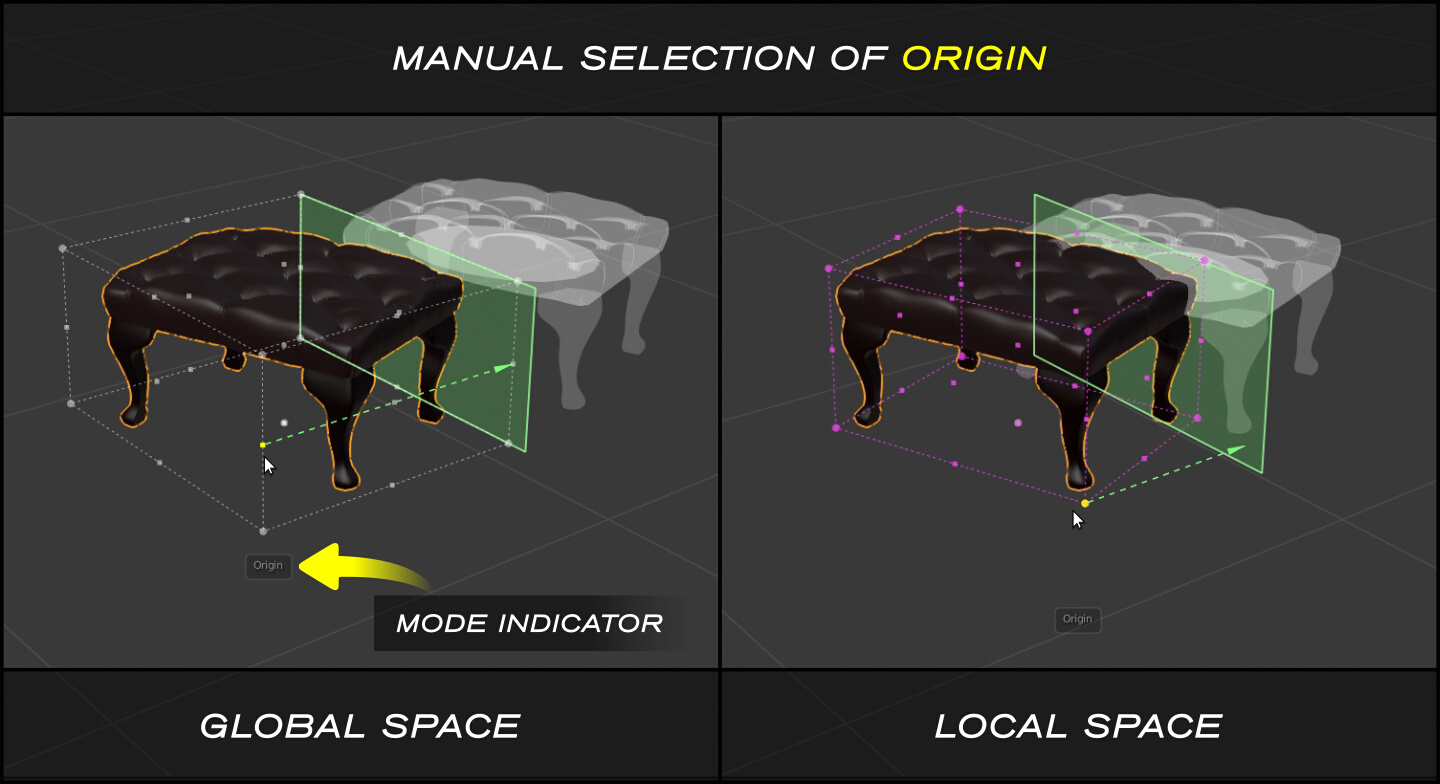 In 2D applications you can normally align objects in 2 main directions fixed to the screen.

With Pro Align Tools you can align objects in global, local, view coordinates, and any other user-defined orientation. 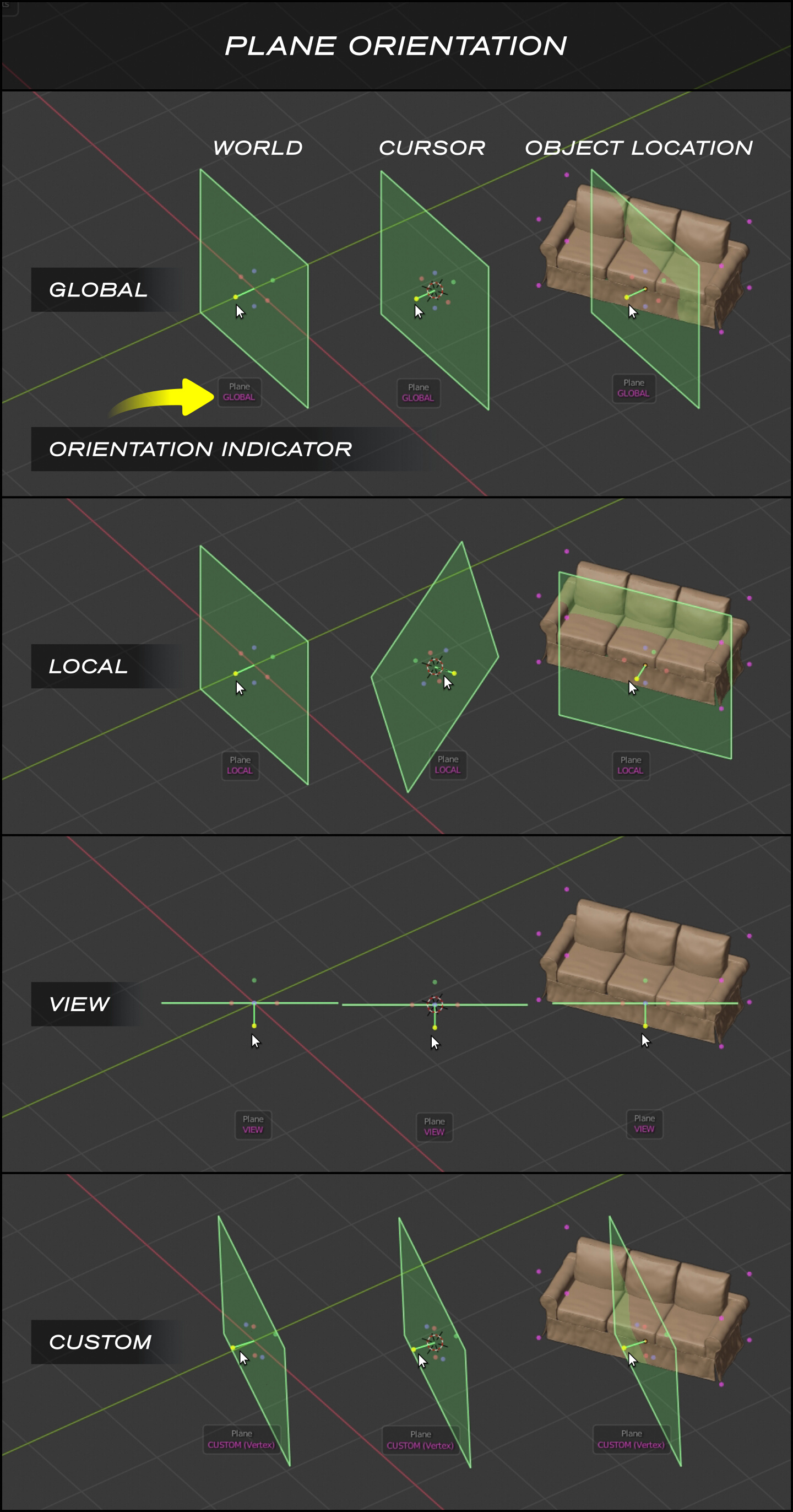 If you want to take a projection plane from the geometry of meshes, you can also do it directly in the 3D view, by pressing Shift + P, pointing to a face and clicking. 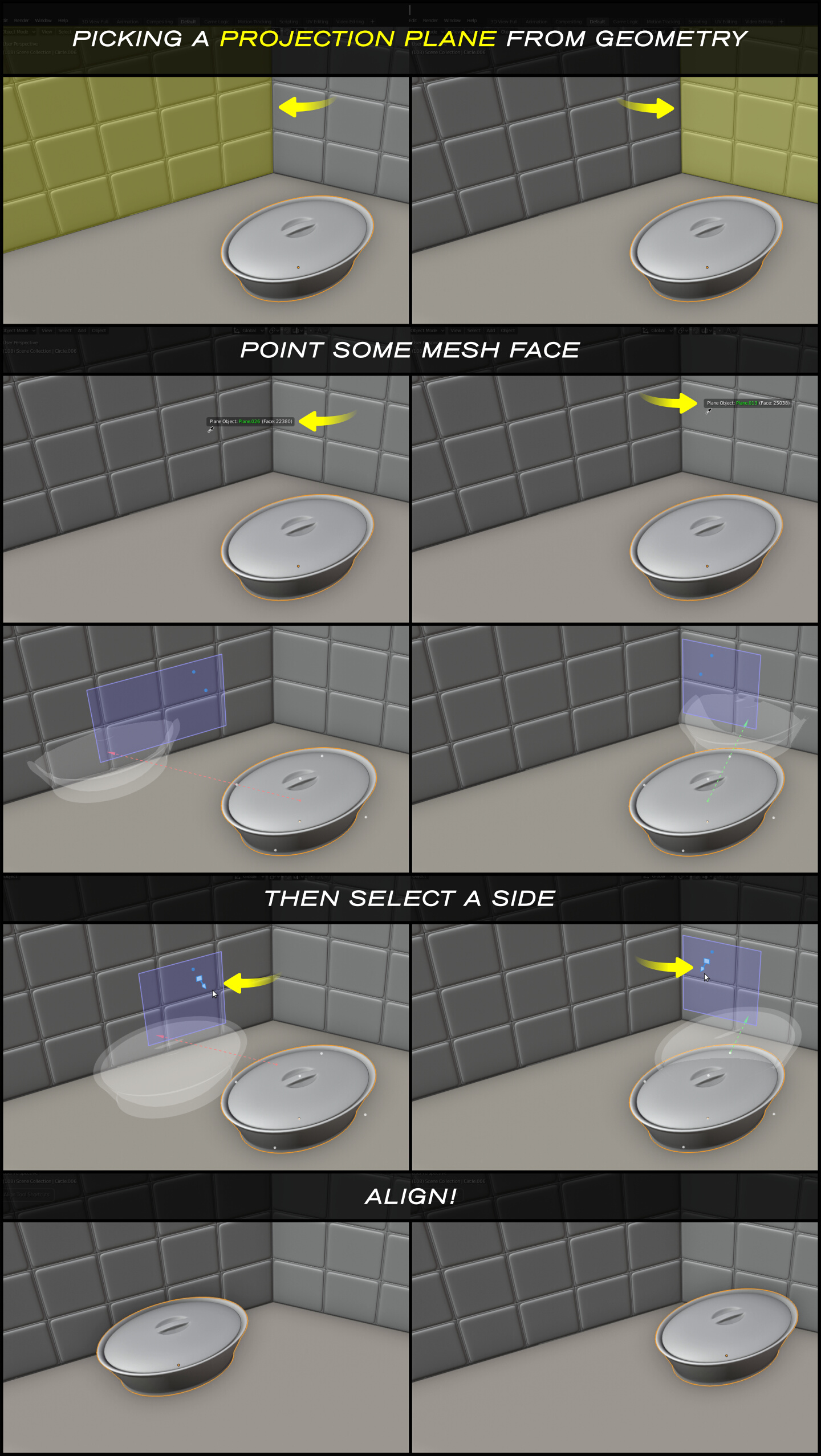 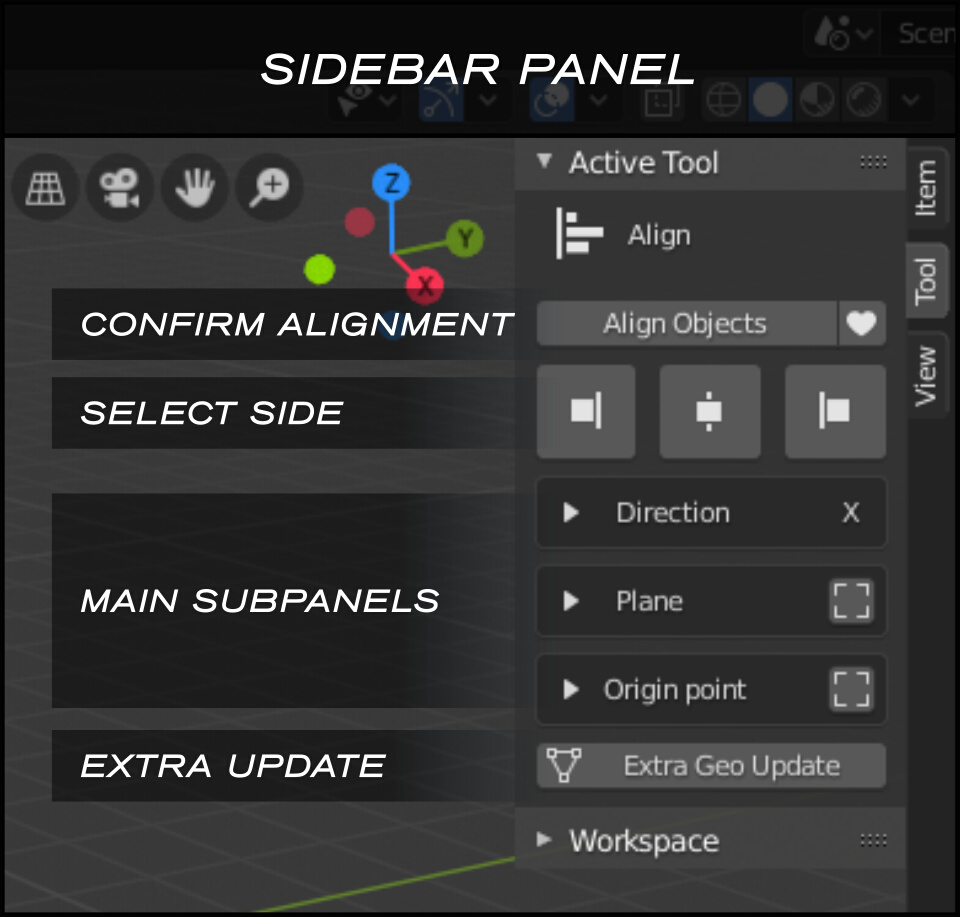 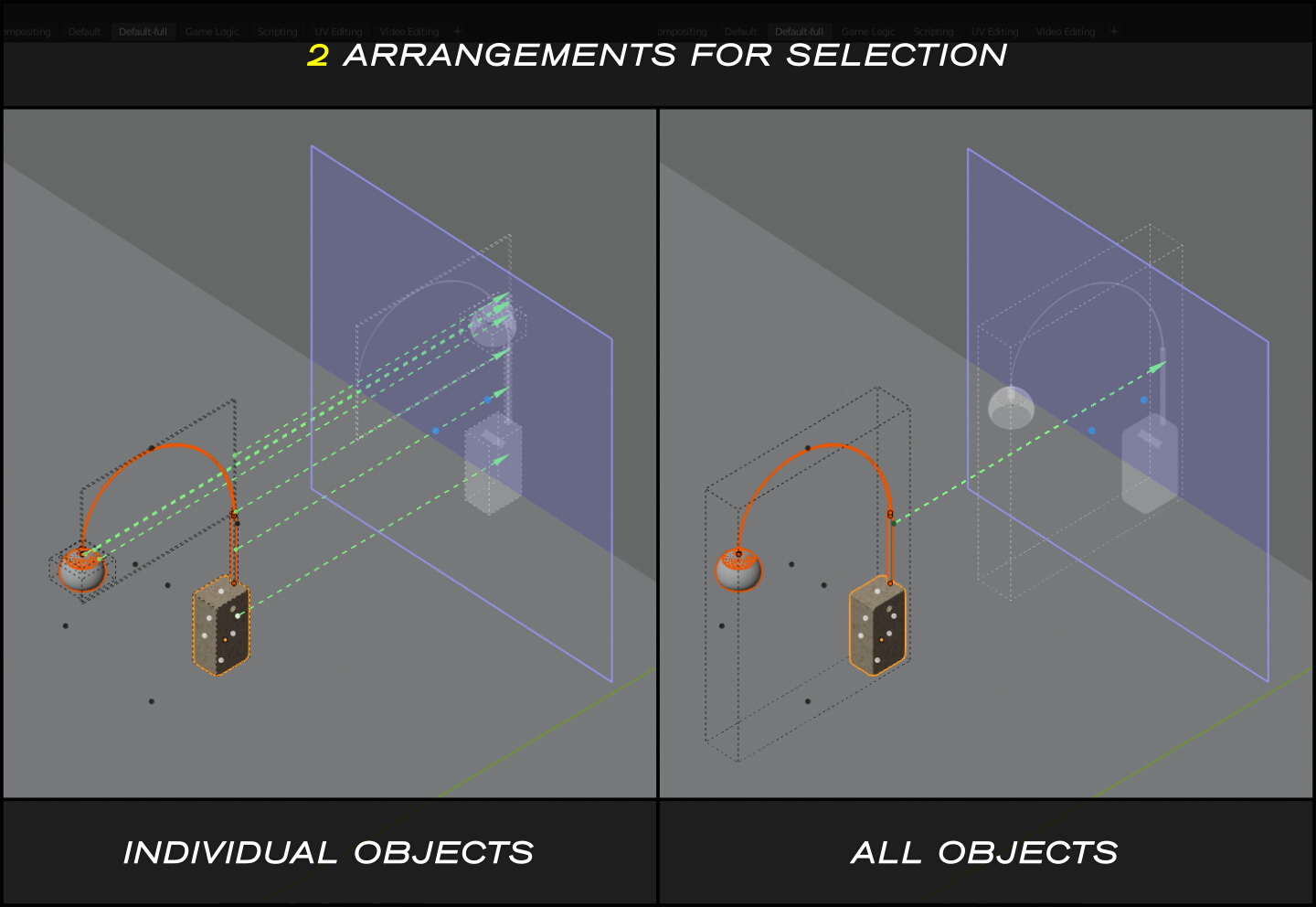 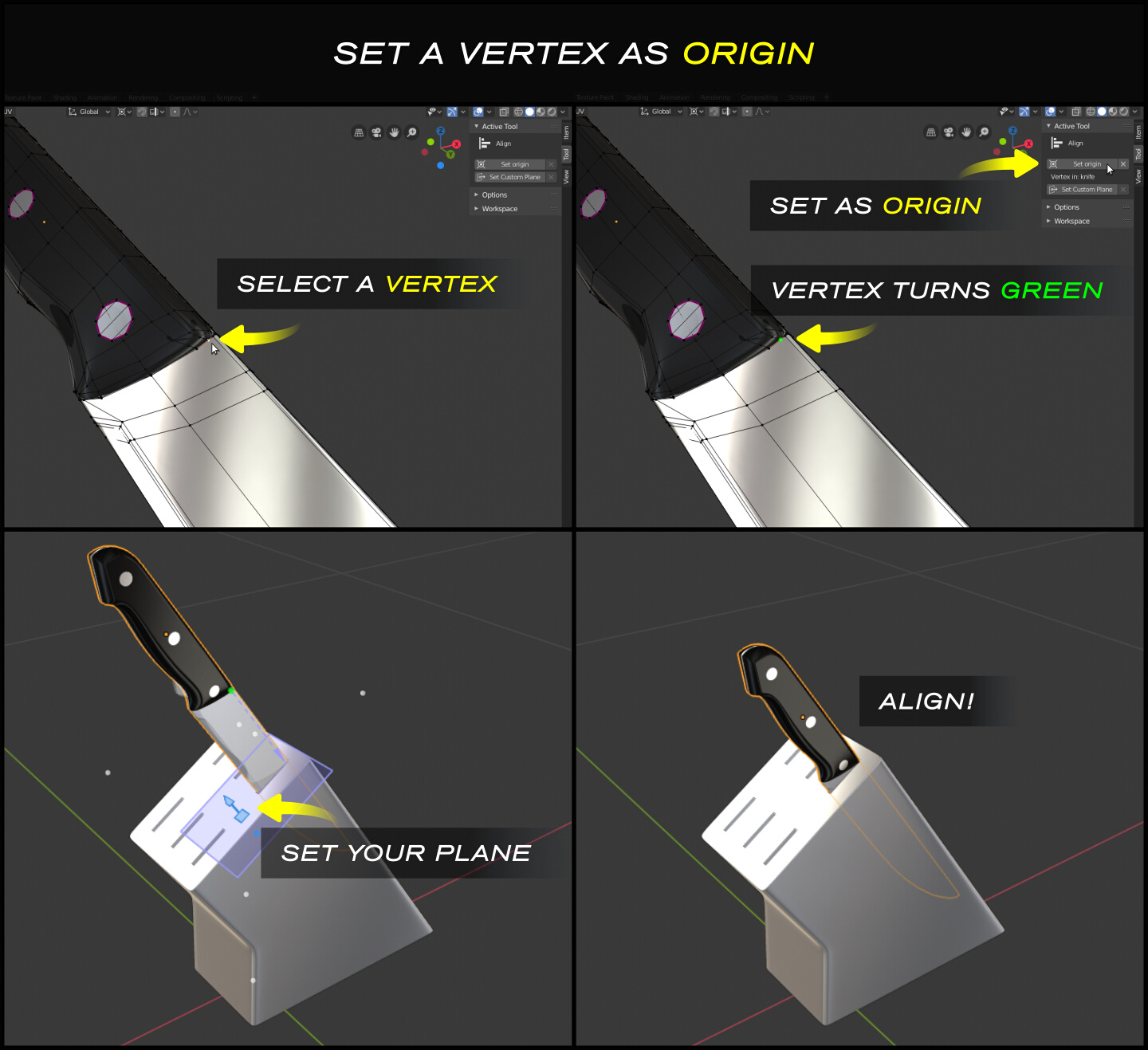 Select an individual vertex as the origin point 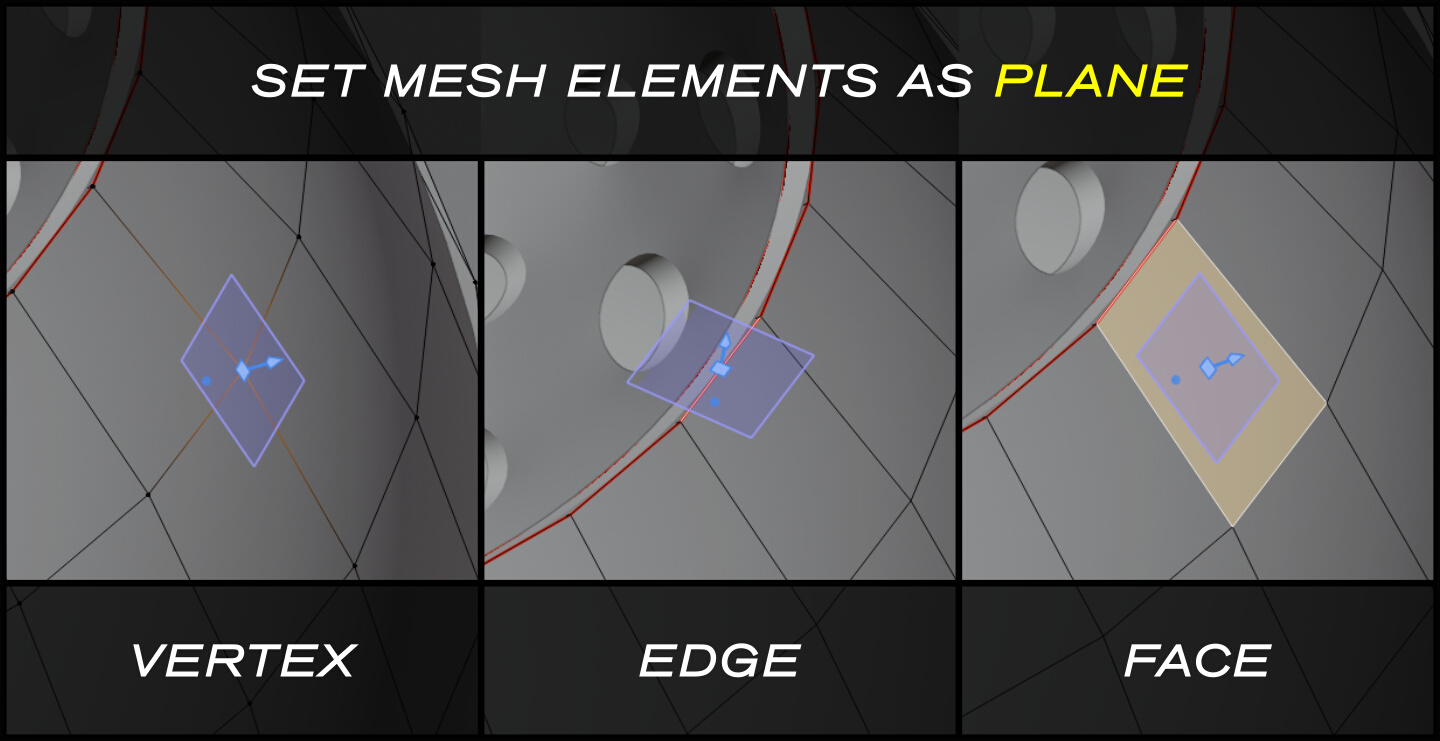 Pro Align Tools provides its own set of shortcuts that will become visible once you select the Tool. Use this as a reminder of keys or as a cheatsheet.

You can expand this list of shortcuts directly in the 3D view by clicking in the label located at the top left corner of the 3D View. 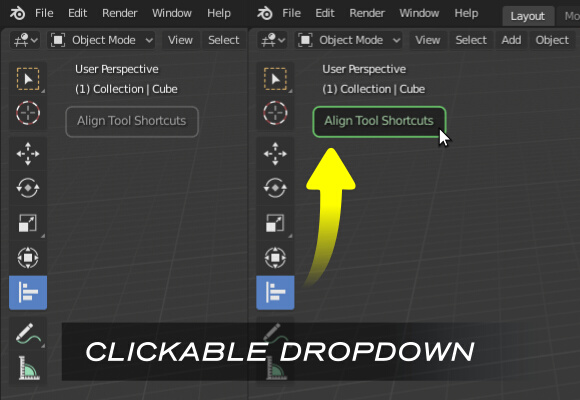 The shortcuts button at the top left corner of the 3D View. 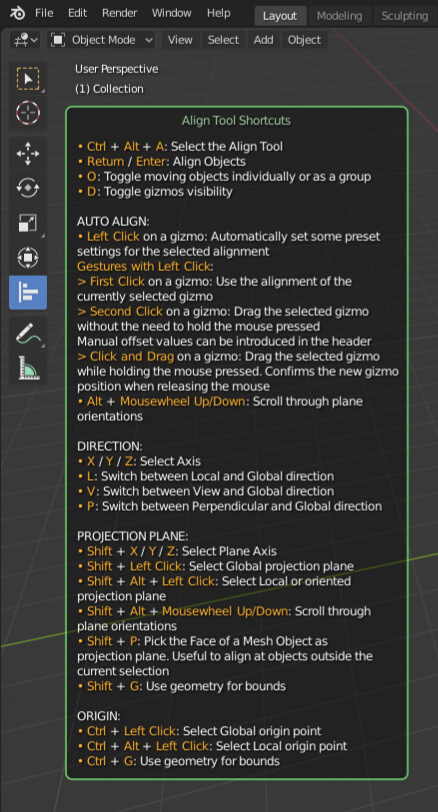 The shortcuts button with the panel expanded.