The PBR Advanced node groups are designed to be used as material shaders that are as easy to use as the Principled BSDF to created any material while also providing:

There are two main node groups:

We all know the convenience and benefits of using the Principled BSDF shader that is included with Blender.  However, it has it's limitations and some issues that PBR Advanced has resolved.

Reflectance - The overall reflectivity of a material which is controlled by the facing influence of fresnel.

IOR of Specular Reflections - The IOR of the Principled BSDF only effects transmissive materials, but with PBR Advanced the IOR effects the specular reflections as well.  This gives you more control for any material and allows for more physically accuracy.

Metallic IOR - Control of the fresnel effect of metallic materials.

Anisotropic Specular Reflections - Anisotropy can be applied not only to metallic materials, but also to specular reflections.

Sheen Control - Sheen has more of a visible effect with more control that is also influenced by IOR and specular color.

Velvet - Velvet controls are built in, so there is no need to build a velvet shader from scratch.

Full Clearcoat Control - Change the IOR, reflectance and color of the clearcoat which allows it to be used in a variety of new ways. (Wetness, Stain, etc.)

Refraction Roughness - The "roughness" of refraction is independent from surface roughness, which allows the creation of materials that may need this effect.

Full Spectrum Chromatic Dispersion - Most methods of the glass dispersion effect that are found in tutorials do not include the full visible spectrum.

Glass with Volume Absorption - This is the physically accurate way of giving glass a color.

Glass for Architectural Visualization - Disabling shadows and giving glass transparency are useful features that are commonly used for architectural renders.

Ray Depth Speed Hack - Adjust the ray depth of glass and other transmissive materials to speed up rendering at the cost of some physical accuracy. (This can usually be accomplished with little or no visual impact when used moderately.)

PBR Advanced was constructed with some essential node groups that should not be altered, but can be used separately to help with your own shader or material creation.

PBR Advanced Fresnel - Fresnel influenced by roughness with fixed backfacing IOR and control over facing value (also known as F0).  This node group also has controls for the separate "Facing" output which can be used instead of a layer weight.

PBR Advanced Reflections - Physically based specular reflections with complete control that can be added to any shader or material.

Slider Calibrator - A handy little tool that can be used to control the minimum, midpoint, and maximum values of a linear slider.

In addition to these essential node groups, I have included some extras that are non-essential, but can be very useful.

ColorRange - A modular node group designed to be used in the place of a ColorRamp.  All values are exposed and can be controlled as inputs from the outside of any node group, which is extremely useful and impossible when just using a ColorRamp.

Metallic Flakes - This node group is used when creating a Metallic Car Paint material. It simulates the small flakes of metal that are mixed into the paint to give it a unique shine.

Emission - Can be used in the place of a regular emission shader and has controls for several additional features.

Wood - A basic procedural wood texture that can be used for conceptualization purposes.

PBR Advanced was designed to be used with the metalness workflow in the same way as the Principled BSDF shader, but instead of a “Metallic” input, the “Reflectance” input is used for metalness maps. The “Reflectance” is a percentage value from 0-100 instead of a linear value between 0 and 1. This is so real world values of reflectance can be used if the measured reflectance value of a material is known.  In order to easily convert the linear values of a metalness map to the percentage value of reflectance, an additional node group is included called “PBR Advanced Metalness”.

With a lot of shaders that I have seen over the years, especially with glass shaders, some fake features are added such as "fake caustics", etc.  With PBR Advanced there are no fake features (with the only exceptions being the speed hack and architectural visualization features, which can be enabled or disabled.).  My primary aim was to construct materials using only physically based components.

Another example is in the way that a basic glass material is typically constructed.  A basic glass shader usually consists of a refraction shader mixed with a glossy shader while using a fresnel node to control the mix.  For the areas in the glass that do not refract, a transparency shader is normally mixed in, also controlled by fresnel, in order to eliminate the black areas where there is no refraction, before the glossy shader is added.

But with PBR Advanced Glass, this method was not used.  Instead, I have found that better results can be achieved by using a second refraction shader with an IOR of 1 in the place of the transparency shader, along with using methods to fix several backfacing issues.

Although the differences are subtle, this method results in a glass material that interacts with light in a more physically accurate manor and produces better caustics. 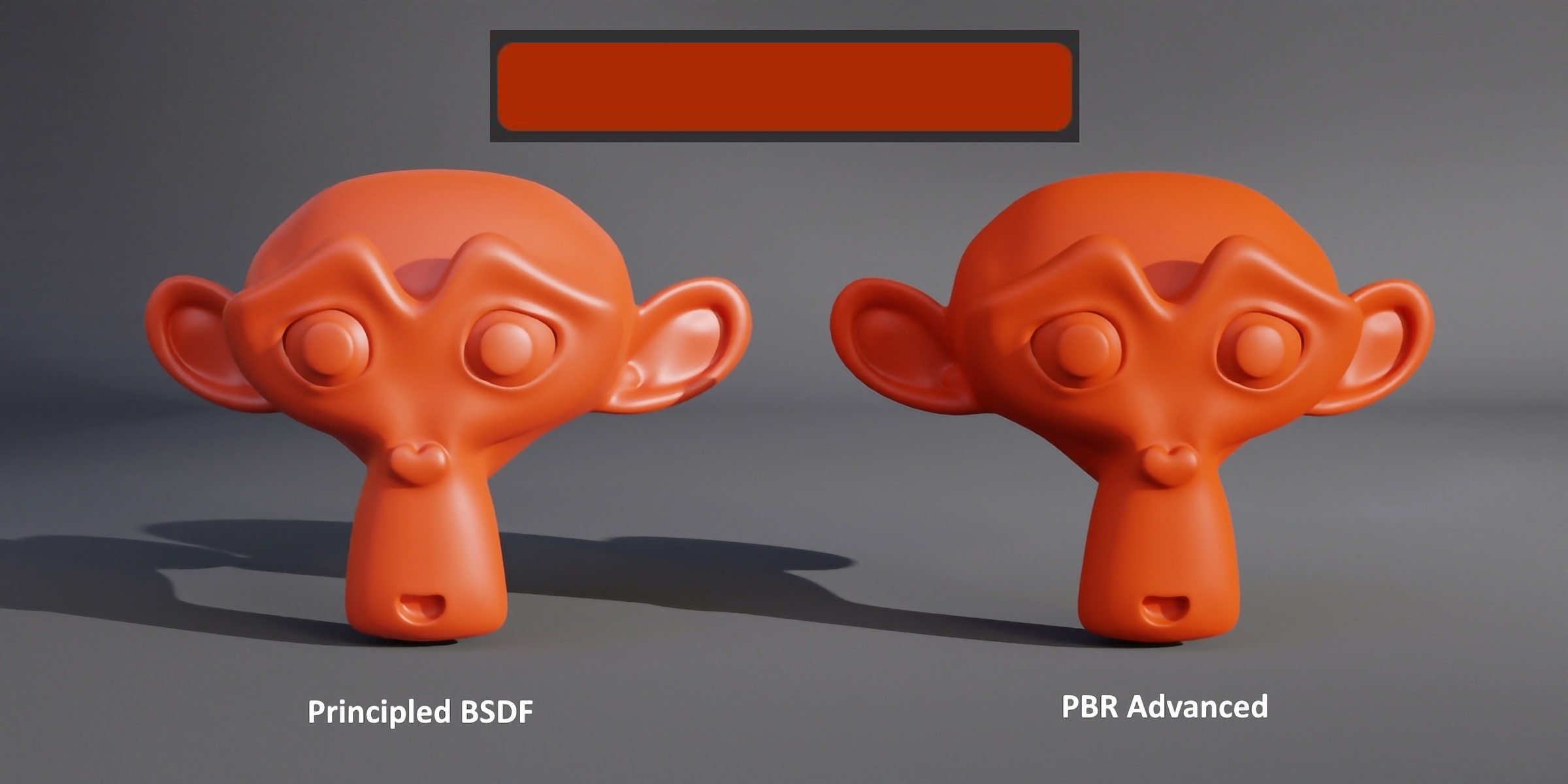 Here you can see the difference in the specular reflections of the PBR Advanced shader vs the Principled BSDF.

Both have the same color (shown above) and roughness values (0.5), but as you can see, the Principled BSDF shader almost always results in a much lighter colored material and in dark scenes the reflections can sometimes be a little too bright.

With PBR Advanced, the material is more true to the selected color. This is partially because roughness influences the fresnel effect of the specular reflections, as it should. However this is accomplished mostly because of the way that this node group was built, which was used in the construction of PBR Advanced.  Not only does roughness influence fresnel but also the specular color value and this is all done automatically.

SAVE TIME AND ENJOY THE BENEFITS

I have spent a great deal of time and effort carefully creating these node groups and from the time I finished their construction, I have used them exclusively in all of my projects.

I am confident that anyone who uses these shaders and the extra node groups that I have included as a bonus, will appreciate their features, results and usefulness.

Save time with material creation and enjoy the additional control and features of PBR Advanced. 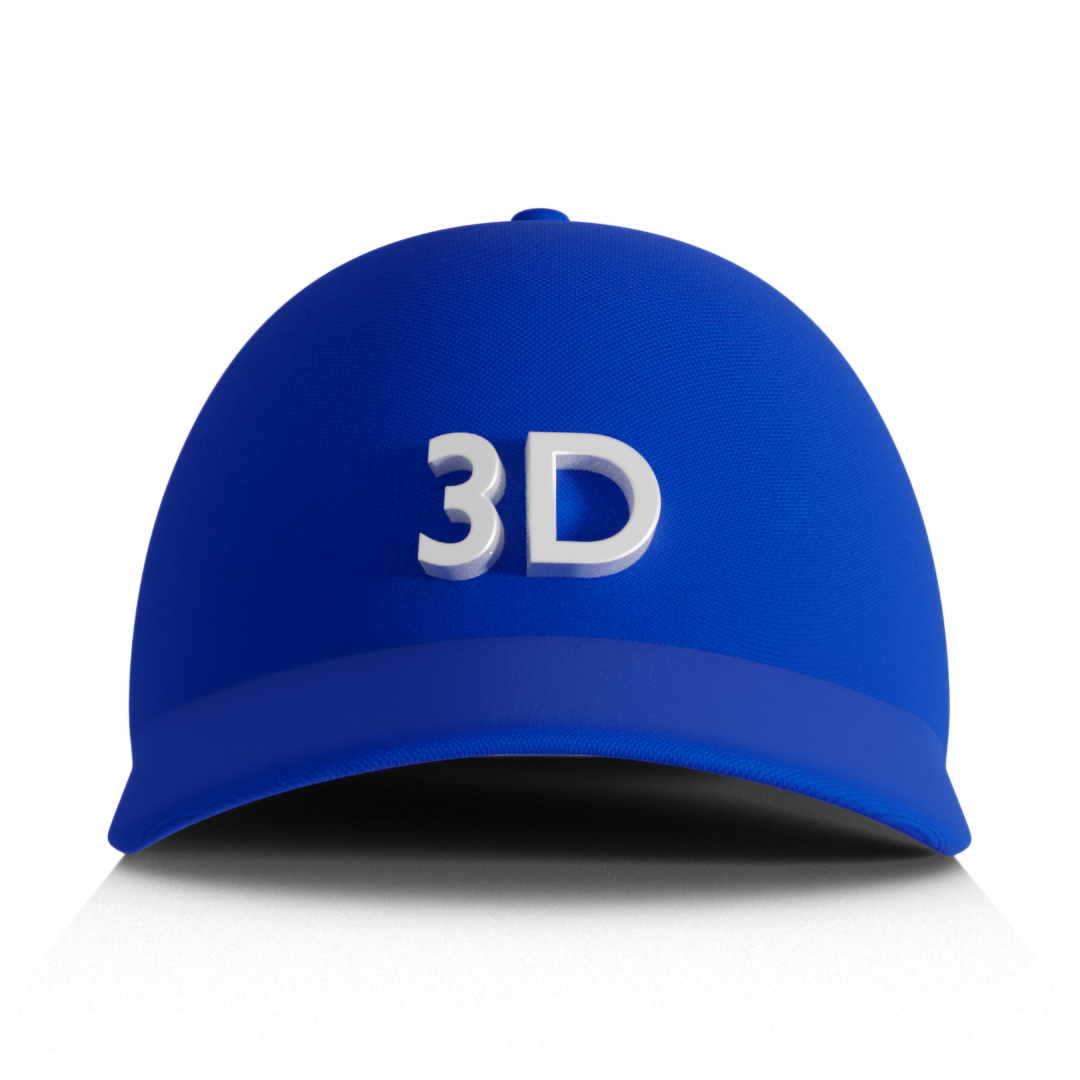