NPR COMIC FORGE is a pack of shaders that transforms your 3D scenes into beautiful drawings. It can be used both, by people who want to create entire comics and by those who just want to speed up their creative process. It can also be applied to animations, creation of game sprites and much more.

It is hard to describe this shaders only in simple words or images, as each one can be configured in different ways. It is as if you have several materials within each of them. You can configure from the size, spacing and rotation of the hatches, as well as changing the way the material will react to light. To exemplify, a complex scene was created, and only one type of shader was used in each render, with different configurations, to exemplify the level of customization possibilities.

This is the shader if you want to perform simpler tasks. But don't confuse simplicity with  lack of details, as it contains configuration parameters that will allow you to create more complex works. 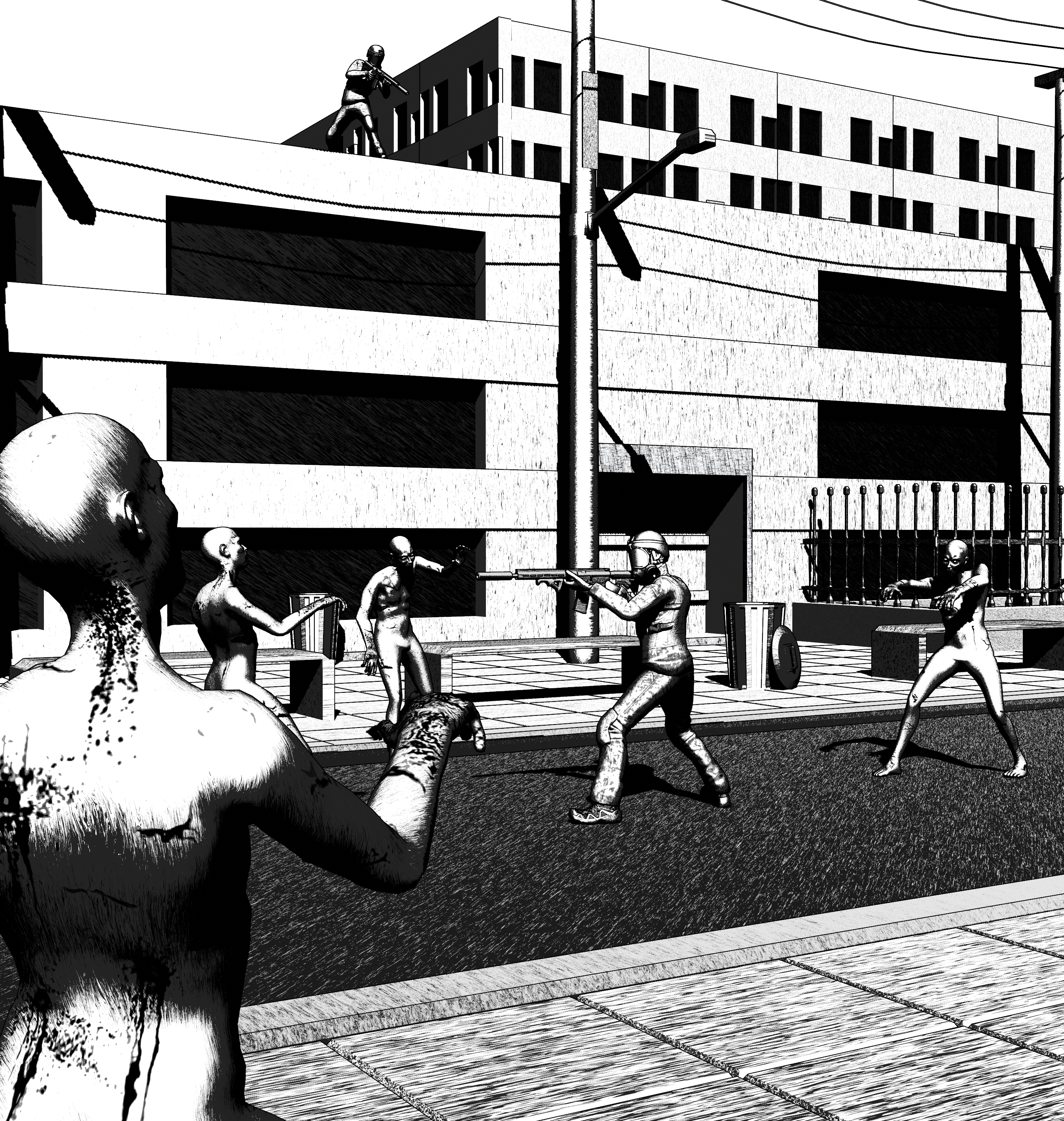 Shader based on the STANDARD operation, but it have two sets of overlapping and individually controllable hatches. It also have several extra options to customize and improve the results. 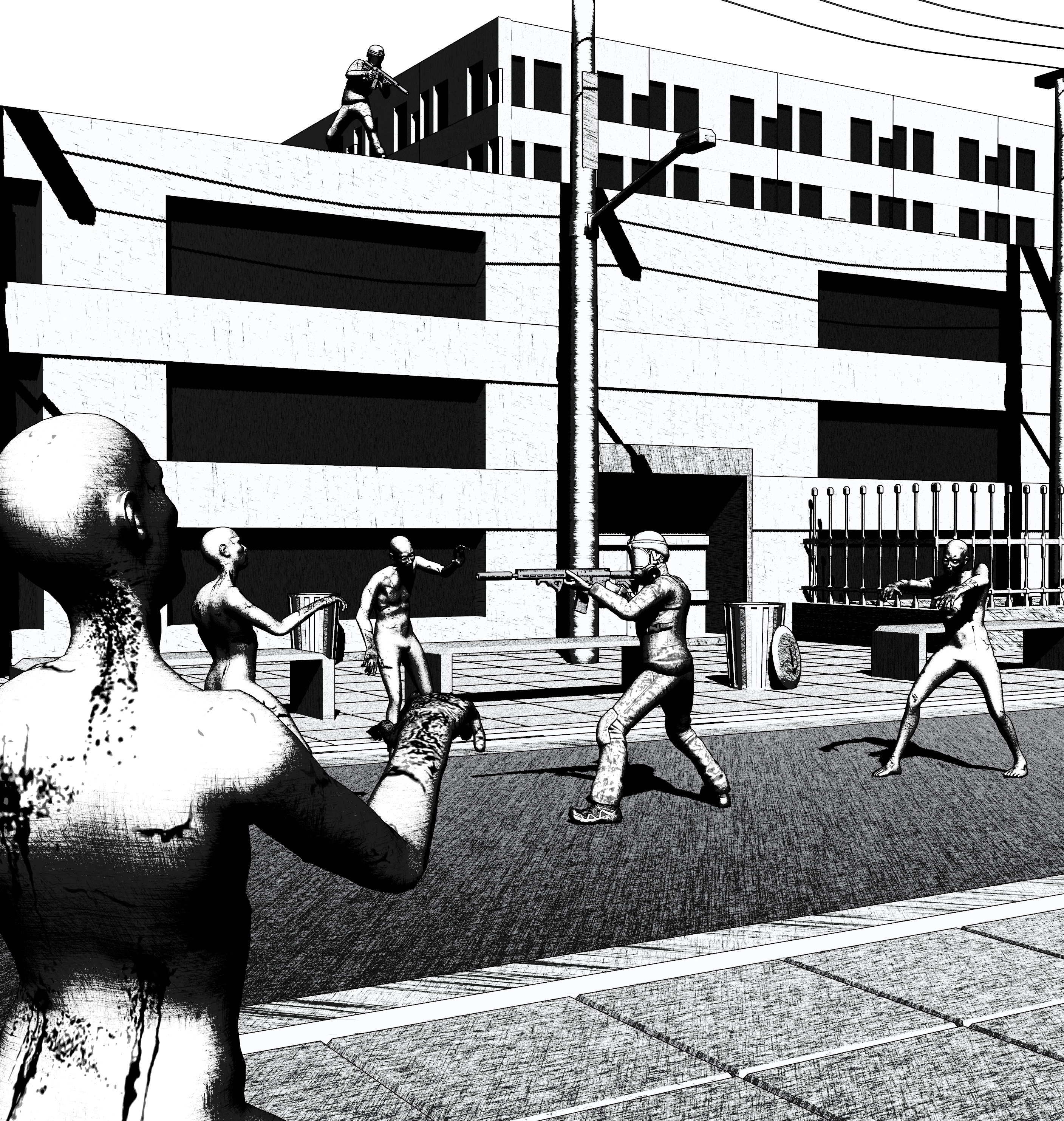 It is a simplified version of Comic Cross, with overlapping hatches, but using different sets of procedural textures. It has fewer configuration options, compared to COMIC CROSS, but still produces beautiful and complex results. 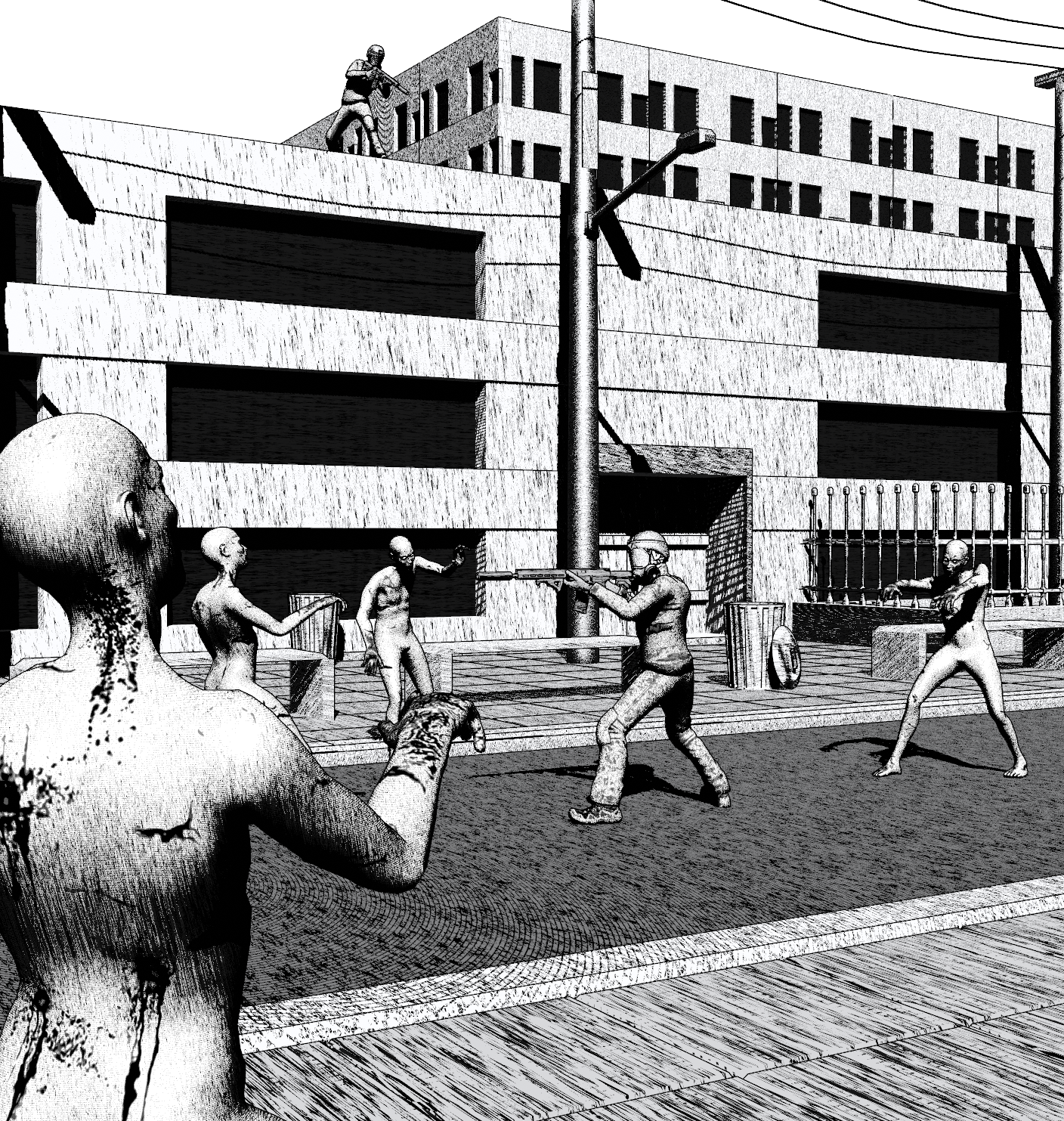 This is an artistic shader that tends to recreate the delicate line of paintings done in pencil, chalk or charcoal. Like all shaders in the package, it has several customization options to adapt the results to your needs. 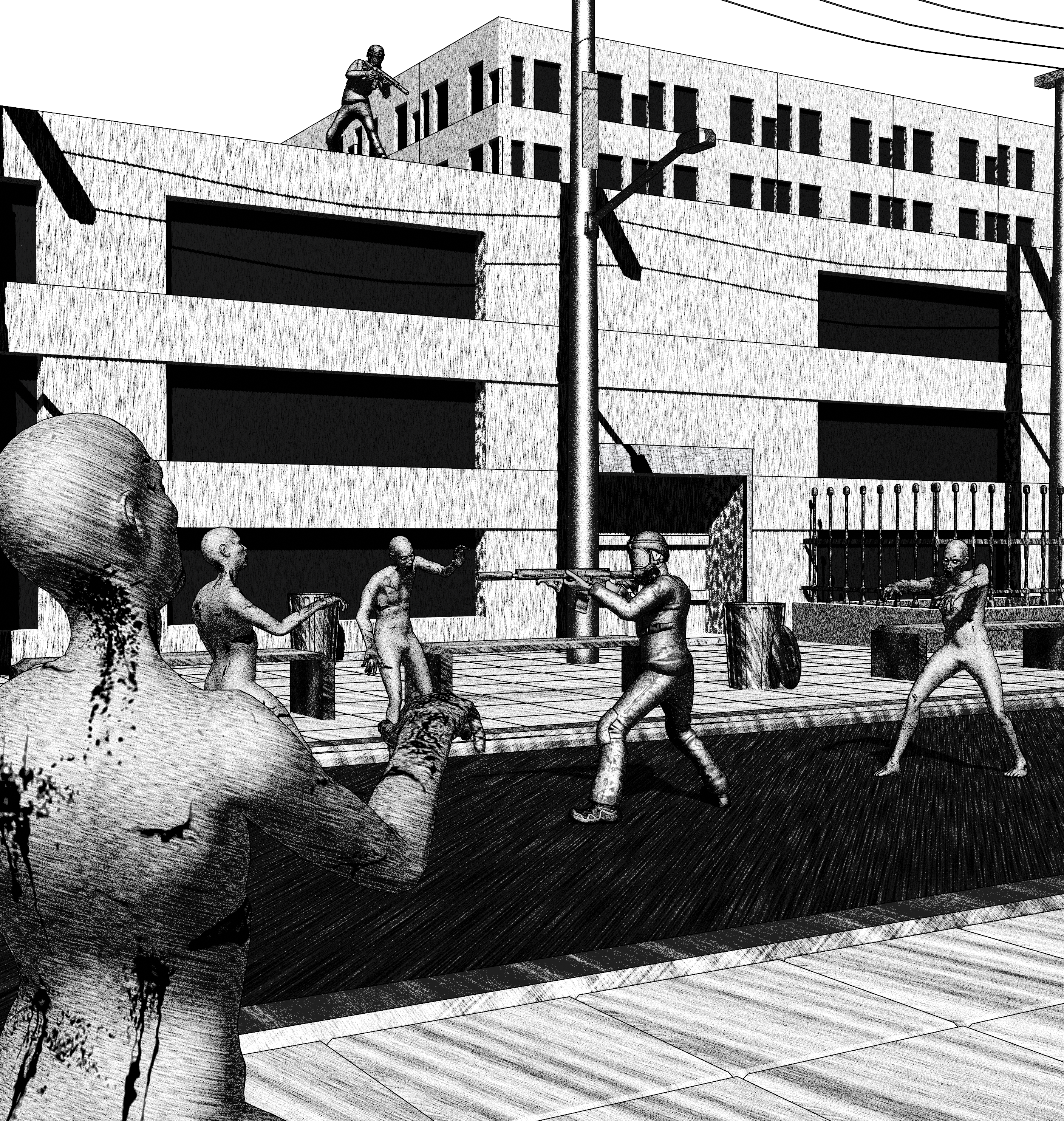 If individually they are already able to create such beautiful images, then imagine the possibilities of using them in a combined way. You have the ideal tool to bring your ideas to life.

You’re not limited to the use of black and white only. All shaders in the package have color support. 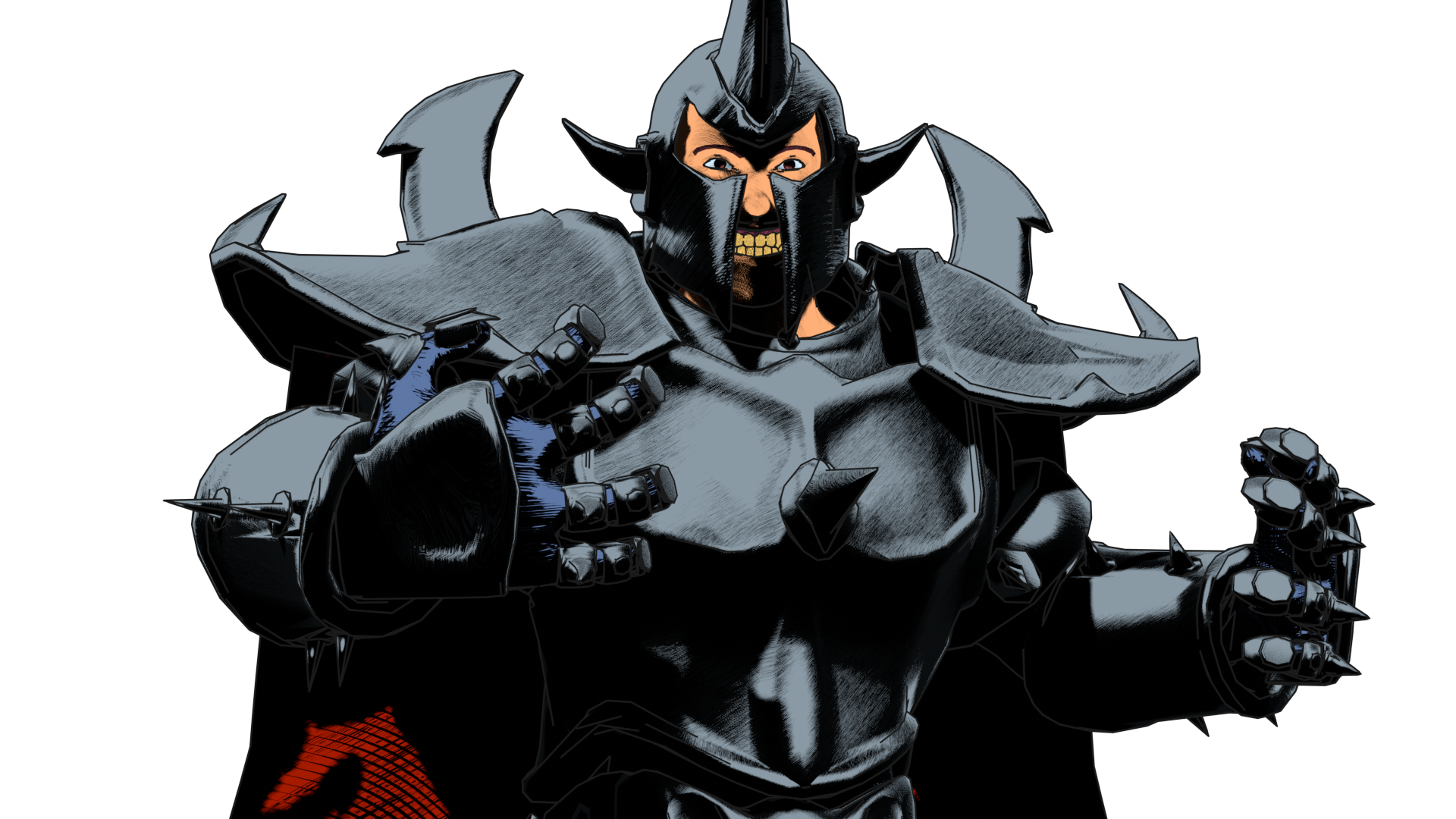 Although it was designed to create comics using hatches, you can choose to turn them off and use only the shaders native shading system to create anime/toon scenes easily. 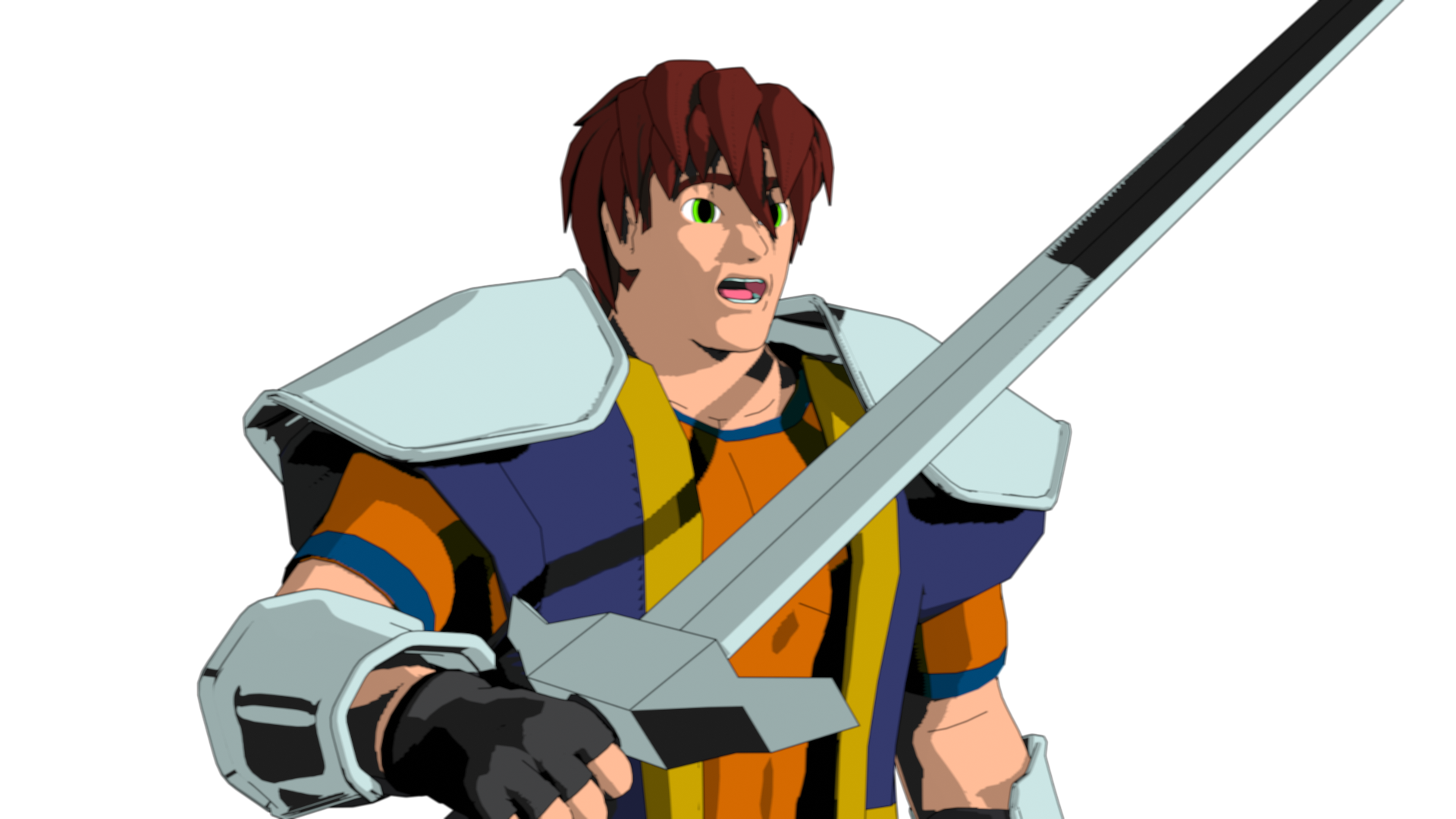 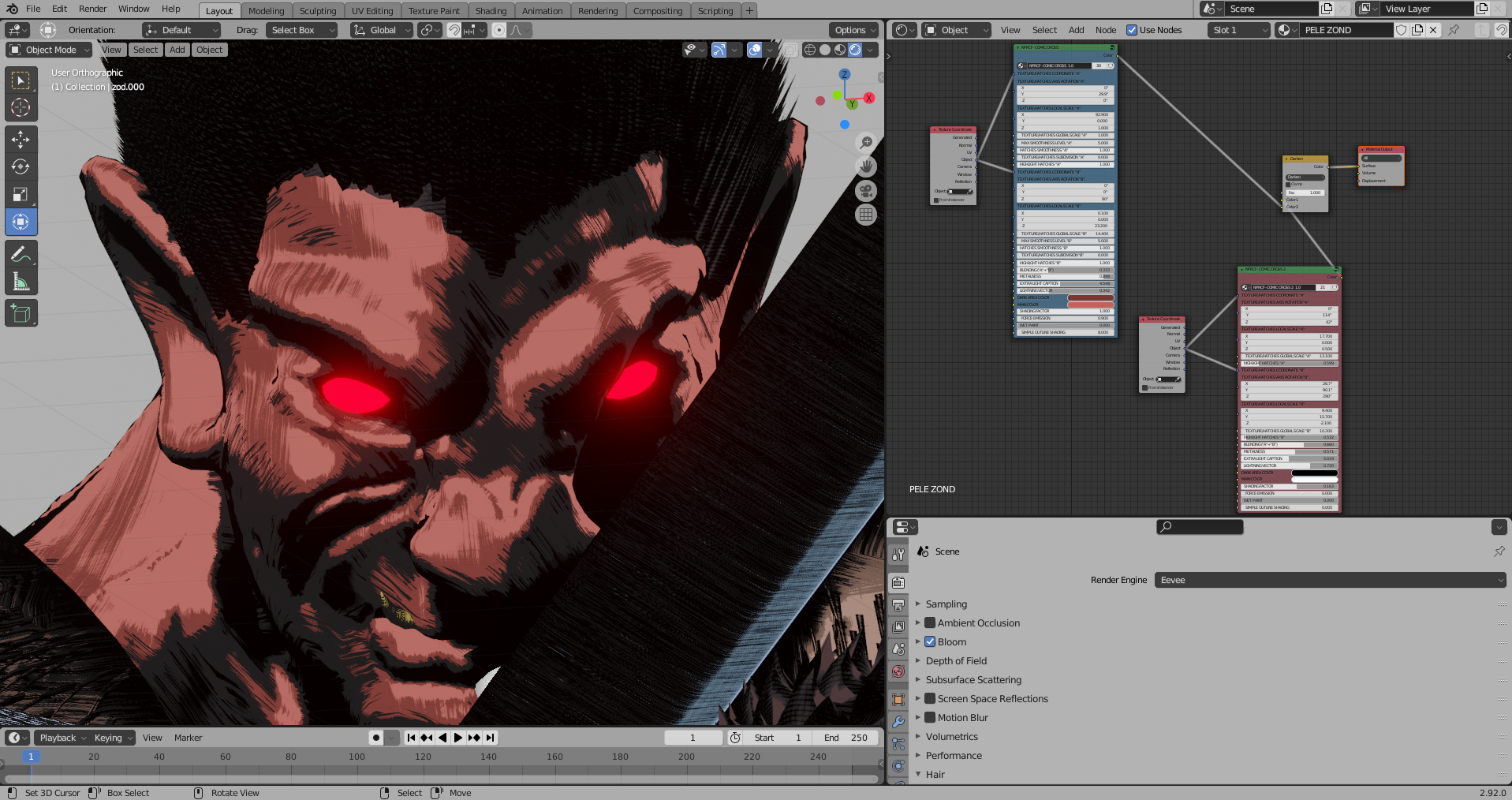 - Precise control of hatches, such as scale,  rotation and visibility;

- Can be used for colored or black on white works;

- You can mix the shaders to create more materials.

- Documentation in PDF showing the basics and how you can expand the use of the shaders.