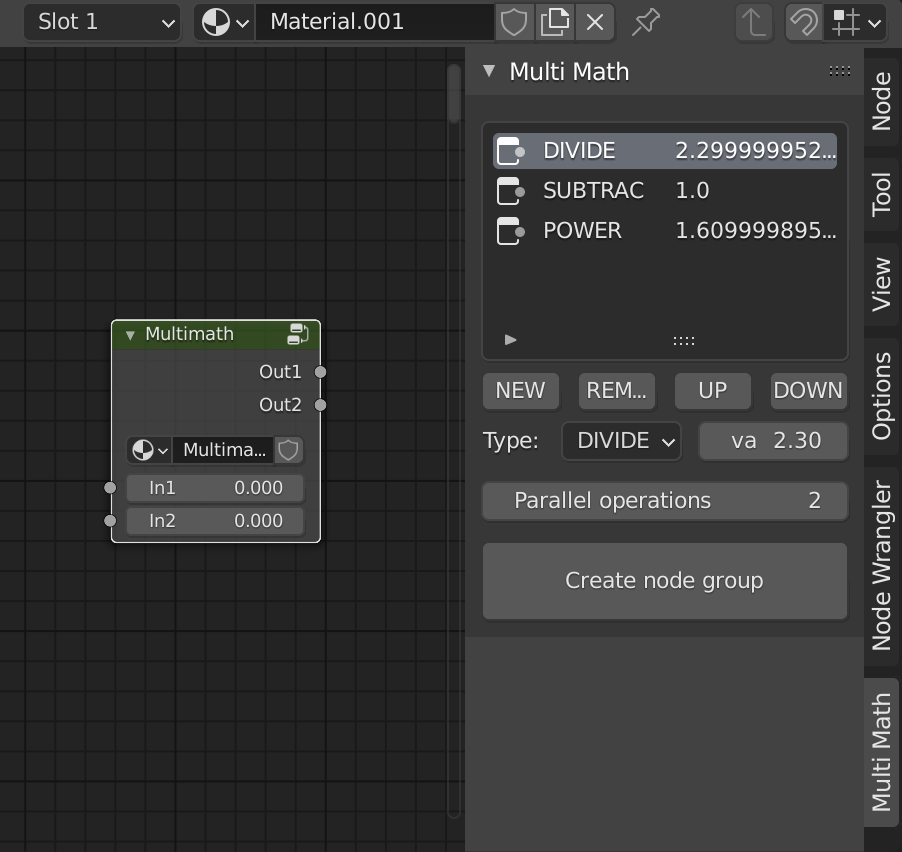 Multi Math lets you tidy up all of your shader math nodes into single groups. It works with series of math operations as well as parallel ones where different inputs perform the same operations.

Just go into your shader editor and in the property's panel you add the math operations in a list (series of operations starting from the top), select the values of the operation, press "Create node group" and then you can add your node as a usual one in the "group" section.

If you have more than a node that should perform the same math operations, you can change the "Parallel operations" number to how many operations you want to have. Then, the group will create as many in and out sockets you chose.