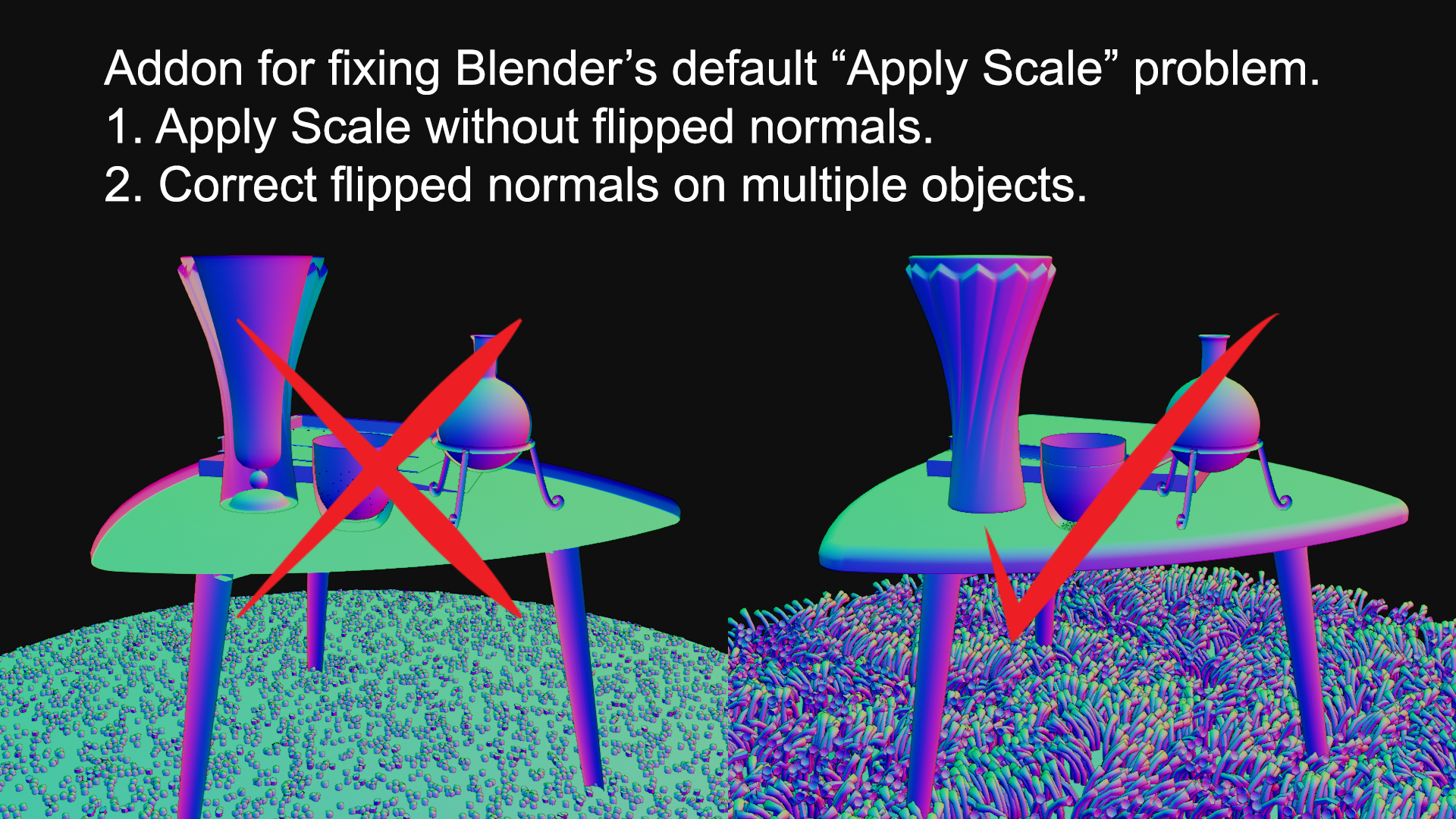 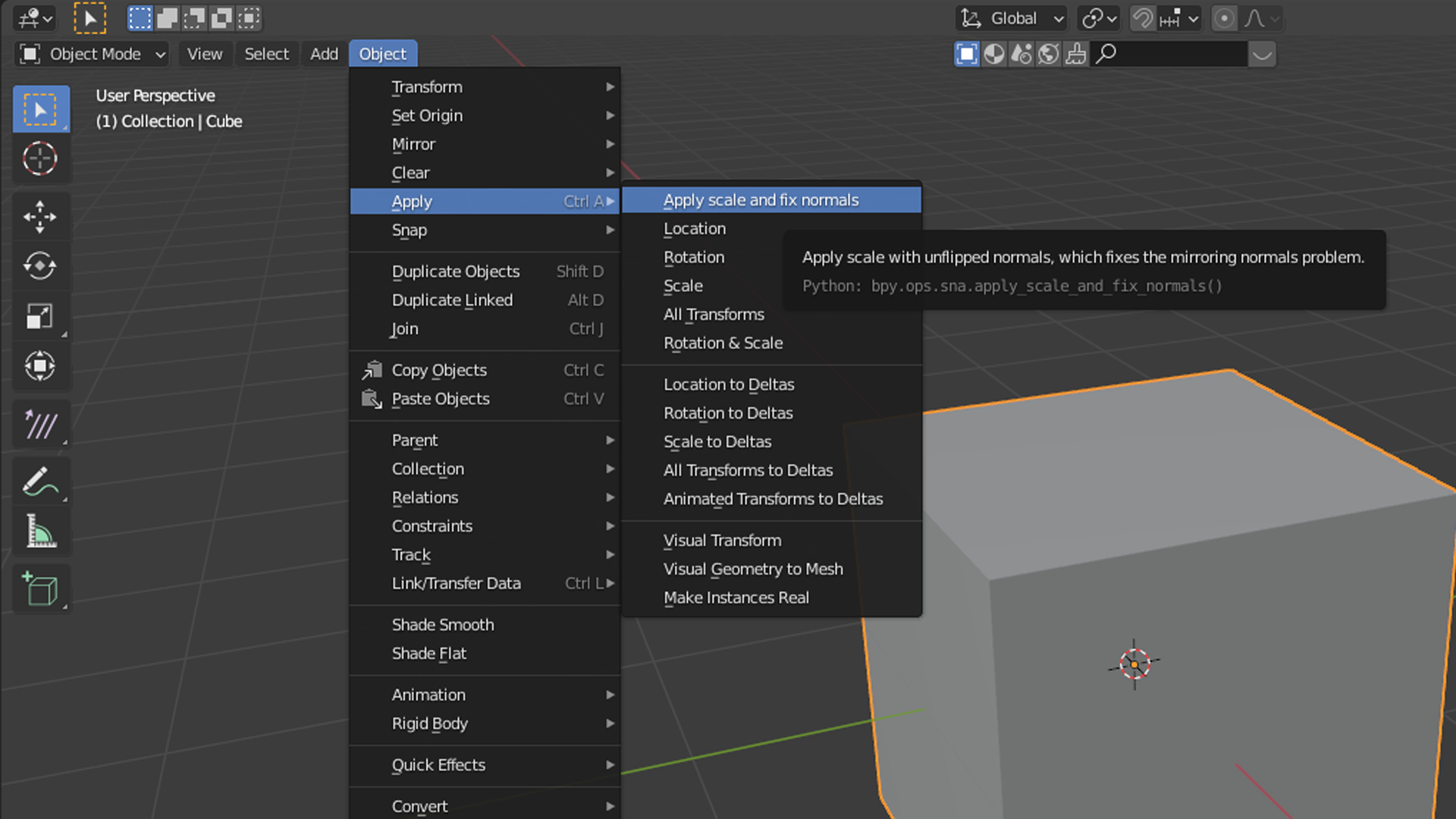 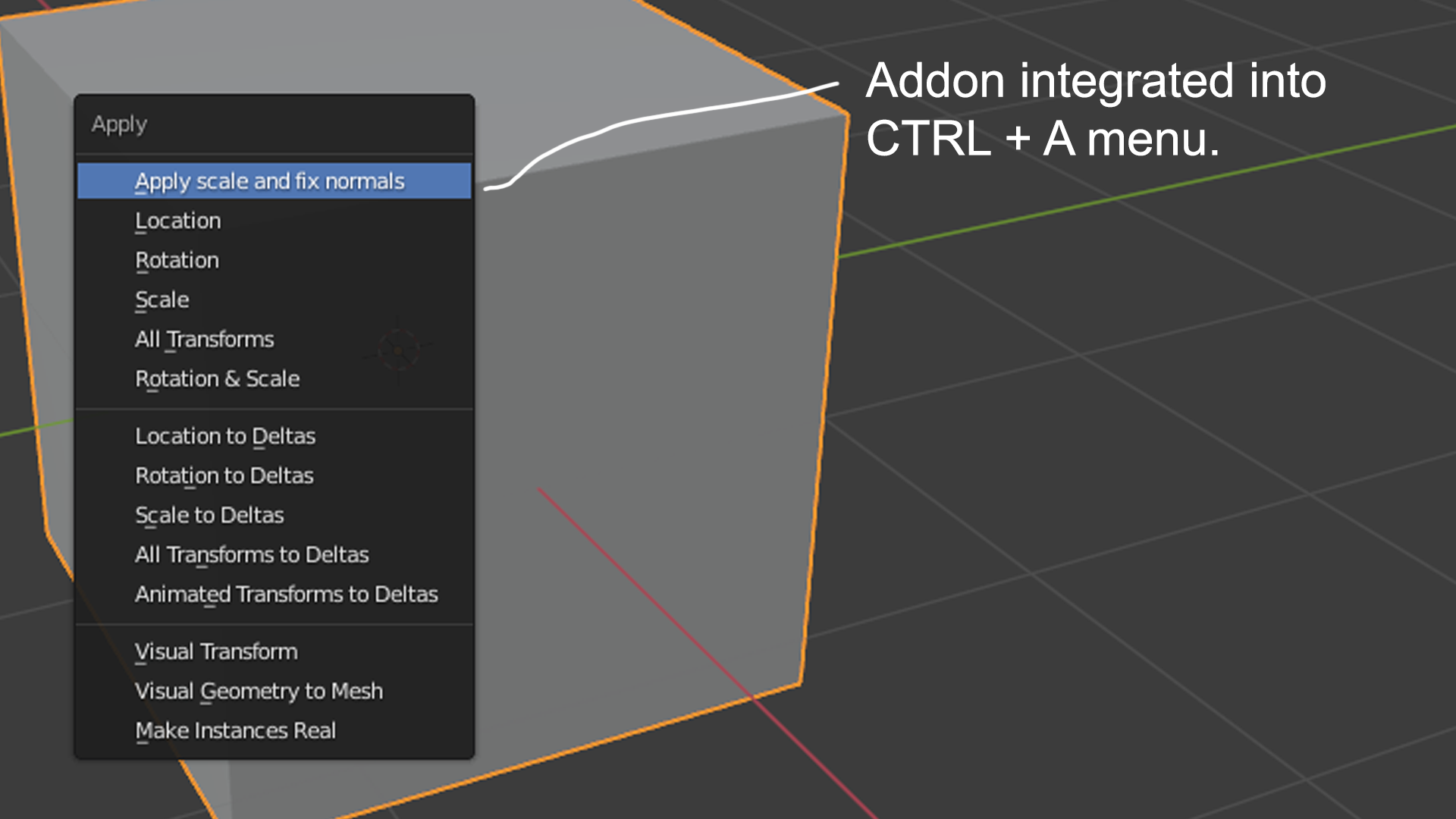 In short, it has 2 main features:

2. It can fix flipped normals on multiple selected objects right from object mode!

Detailed answer about why this add-on is useful:

Have you ever noticed your textures look “off”, the shading looks flipped? Or tried to add a solidify or displacement modifier, and they don’t work as expected? Perhaps hair particles facing inside the object for seemingly no reason?

This usually happens to objects that you mirrored (so they had negative scale values) and then applied their scale. Blender sadly always flips their faces (normals) which causes conflict with some modifiers and texture normal maps. 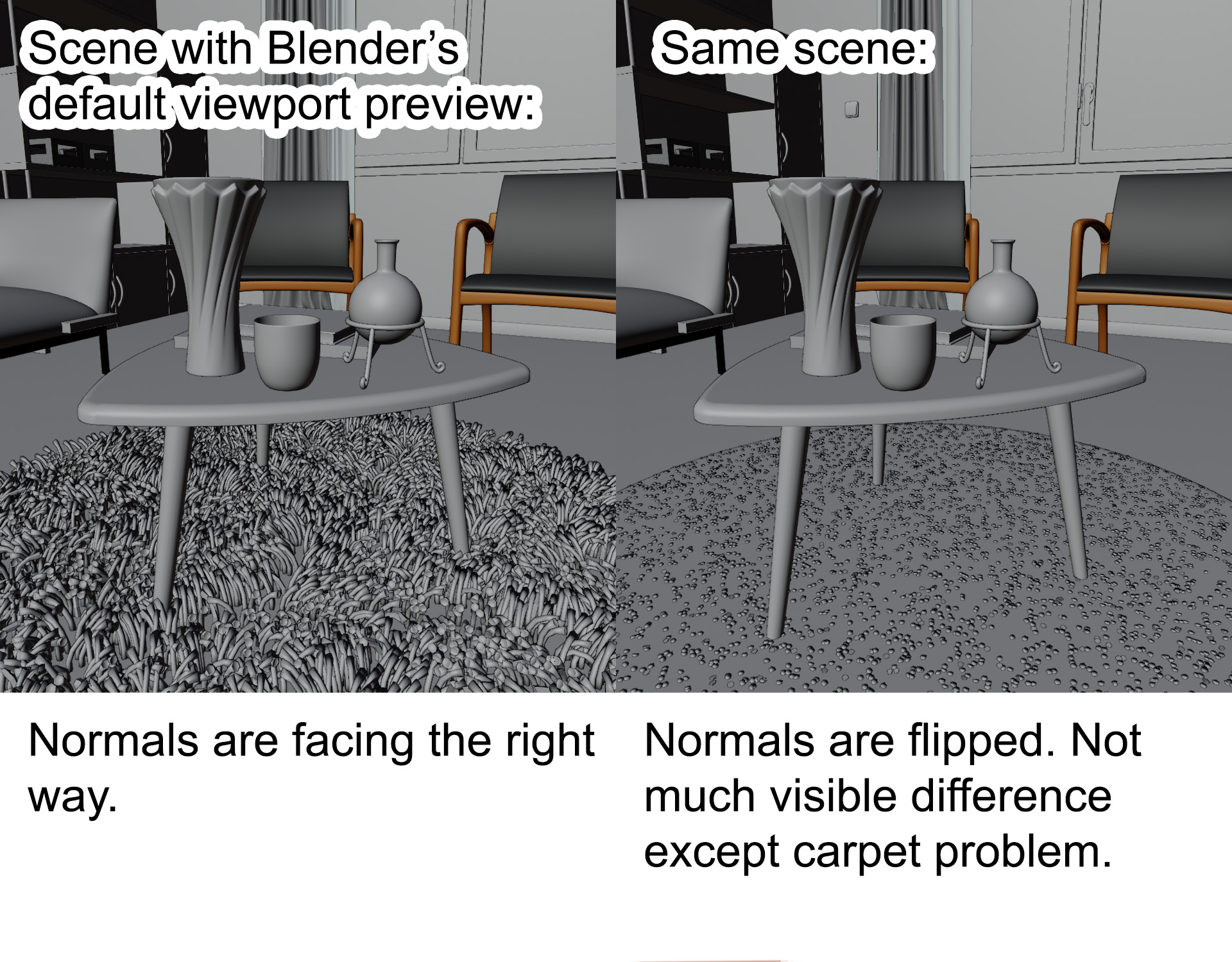 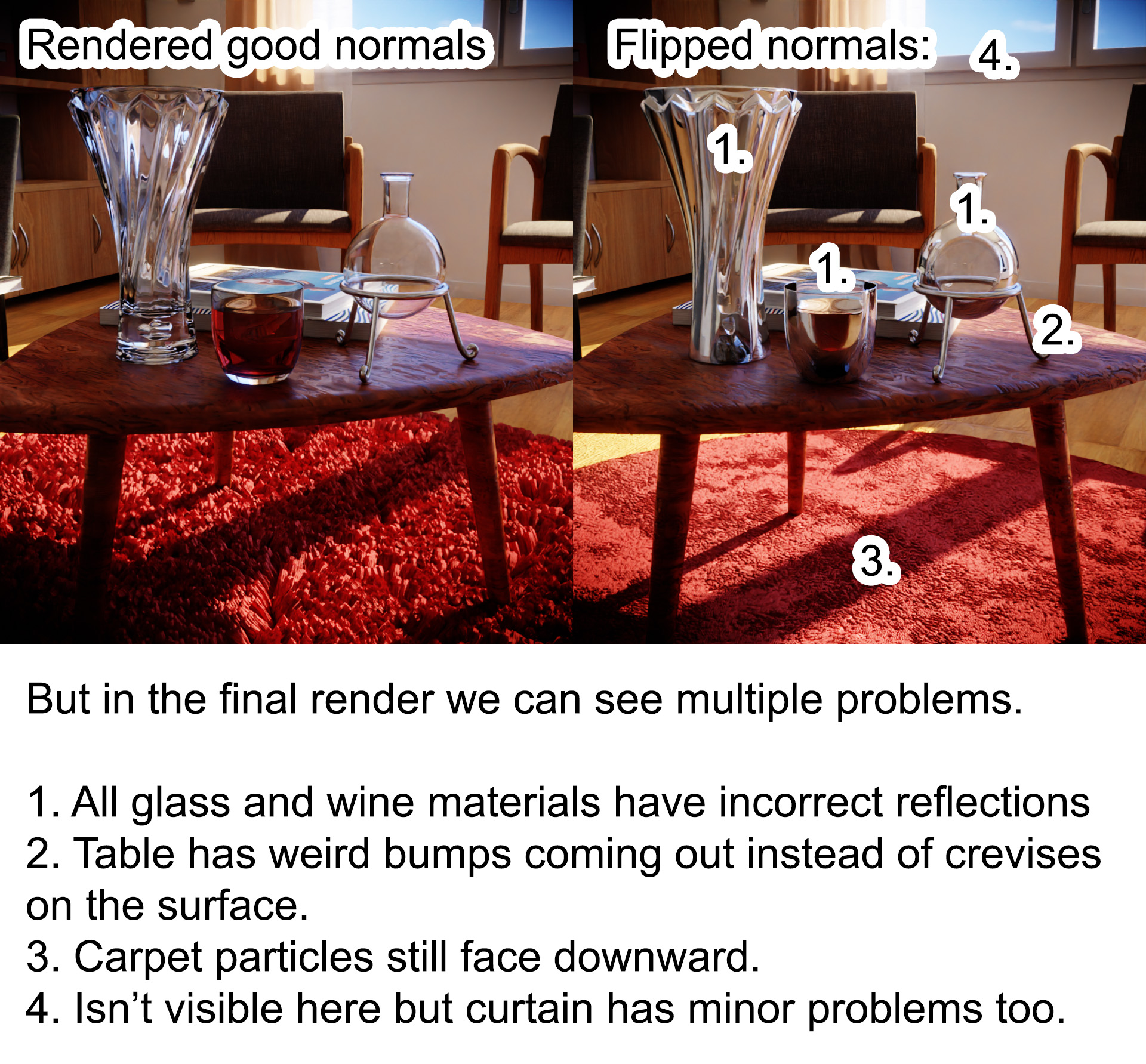 This can be fixed by manually going back into edit mode and flipping the normals then going back to object mode. But to see what is the problem (or if it caused by flipped normal) you need to turn on additional viewport interface elements: 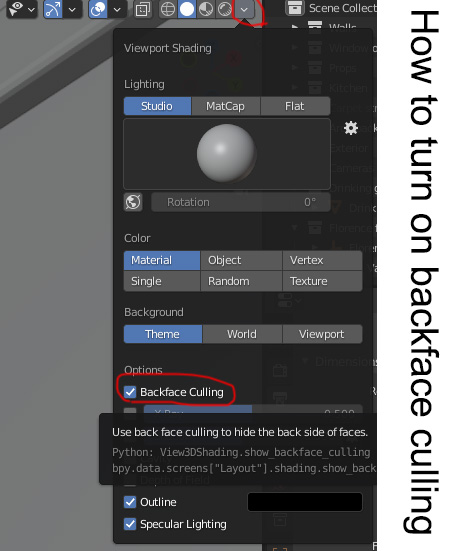 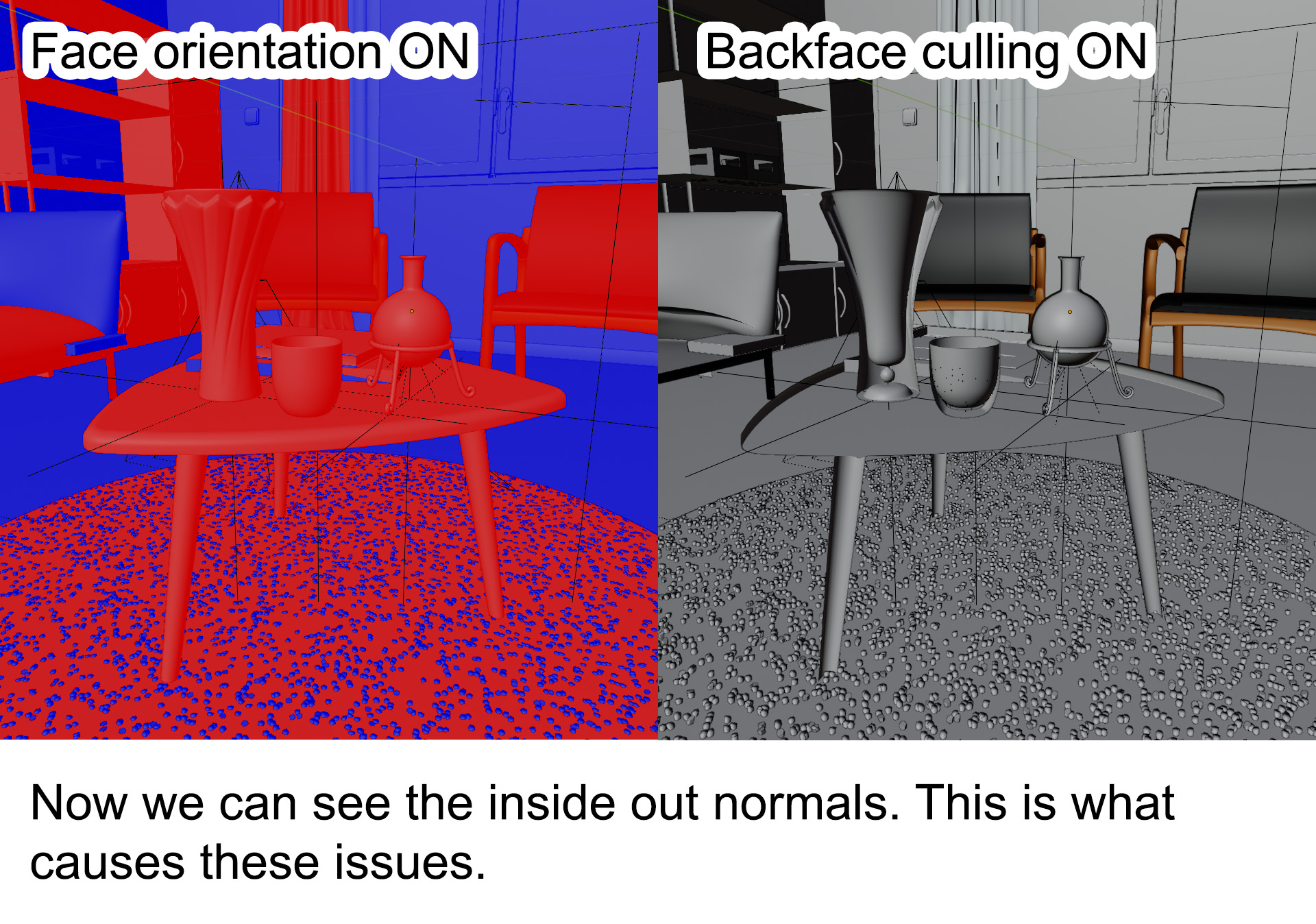 This isn’t just counterintuitive, but even experienced blender users can forget about checking the direction of the normals (especially on big scenes) so they may run into unexpected problems while modeling.

This addon applies scale while automatically correcting the normals. No matter how you scale or mirror your objects, you don’t have to worry about it anymore. Exporting to other programs will also be problem-free.

Its ability to apply scale and fix normals on multiple objects is another way it can help.

Download ZIP file. Open Blender then go to Edit\Preferences\Add-ons\Install, locate the ZIP file and install it then enable the add-on. It will appear in the indicated places.

Fixing the normals on the test scene: