by UH Studio in Models

Save time by populating your scene with pre-made architectural assets

Whether you are working on a building, car, tree, or a character, placing your element within an urban scene may significantly help with adding a sense of depth.

This particular type of terraced house has been modeled from reference images based on housing in London.

Terraced housing is great as a backdrop to your scenes

It is useful to represent context in any urban city, imaginary, or real, and for both external and internal scenes. Imagine creating a beautiful interior architecture where you have a window in focus, where placing rowhomes externally could significantly improve the quality of your renders.

Other potential useful scenes include:

Could be great for that snail close-up on rusty tiles or a swing from a tree in the front/backyard. 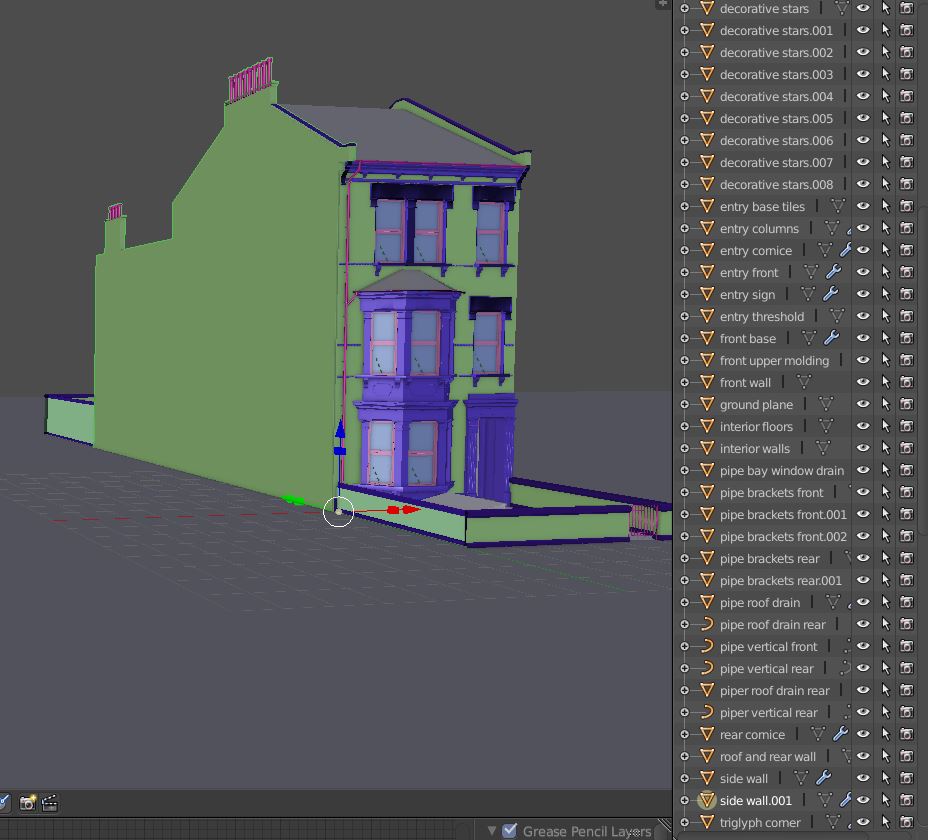 The house has been built from scratch using reference images to scale. All objects are meticulously named and consist of quad faces. All objects are UV unwrapped and are using the 2.79's native principled/Disney material shader.  All house objects are part of a group that can be either individually added as empties or using duplifaces. Refer to the documentation section for further information.