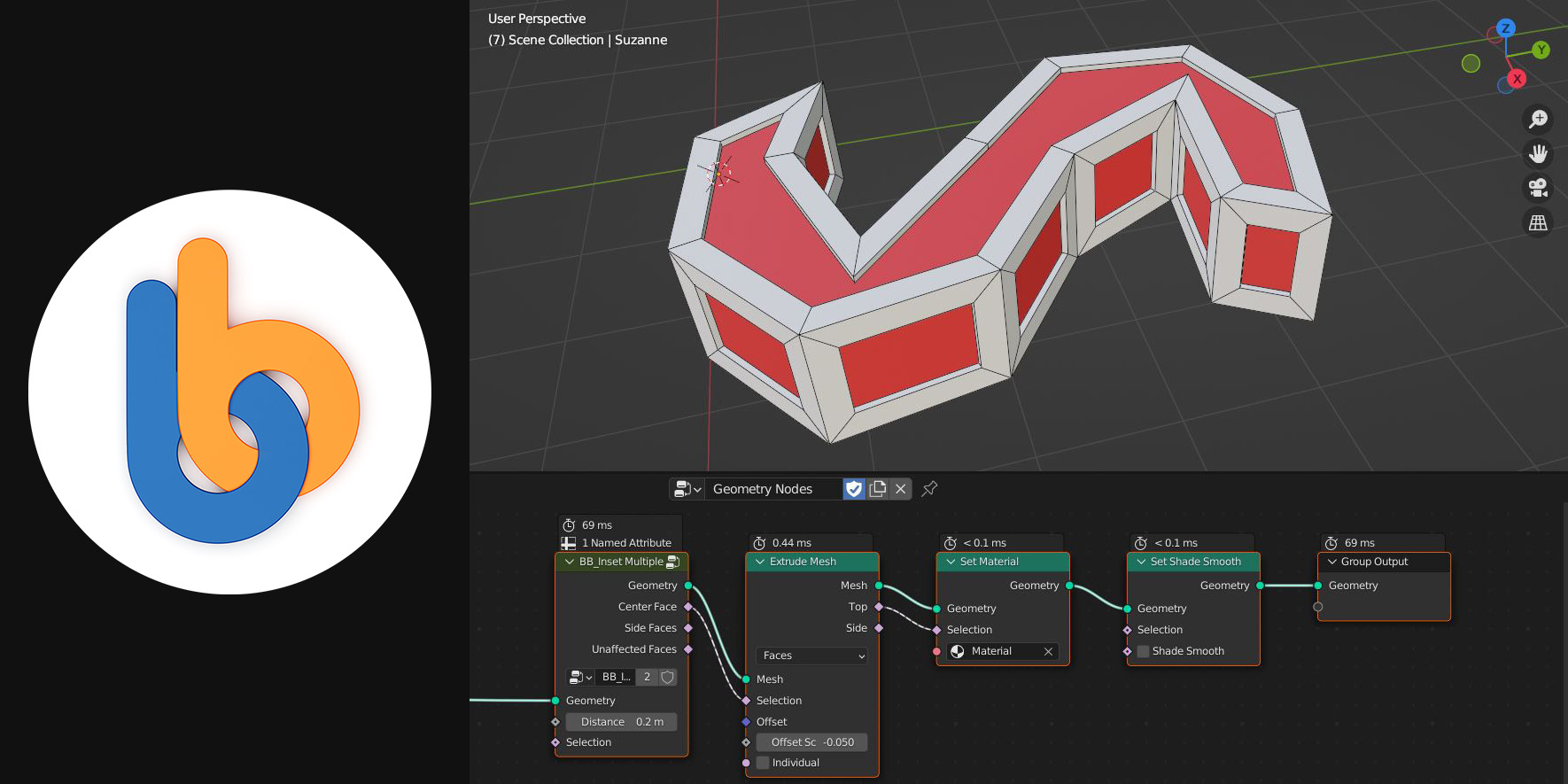 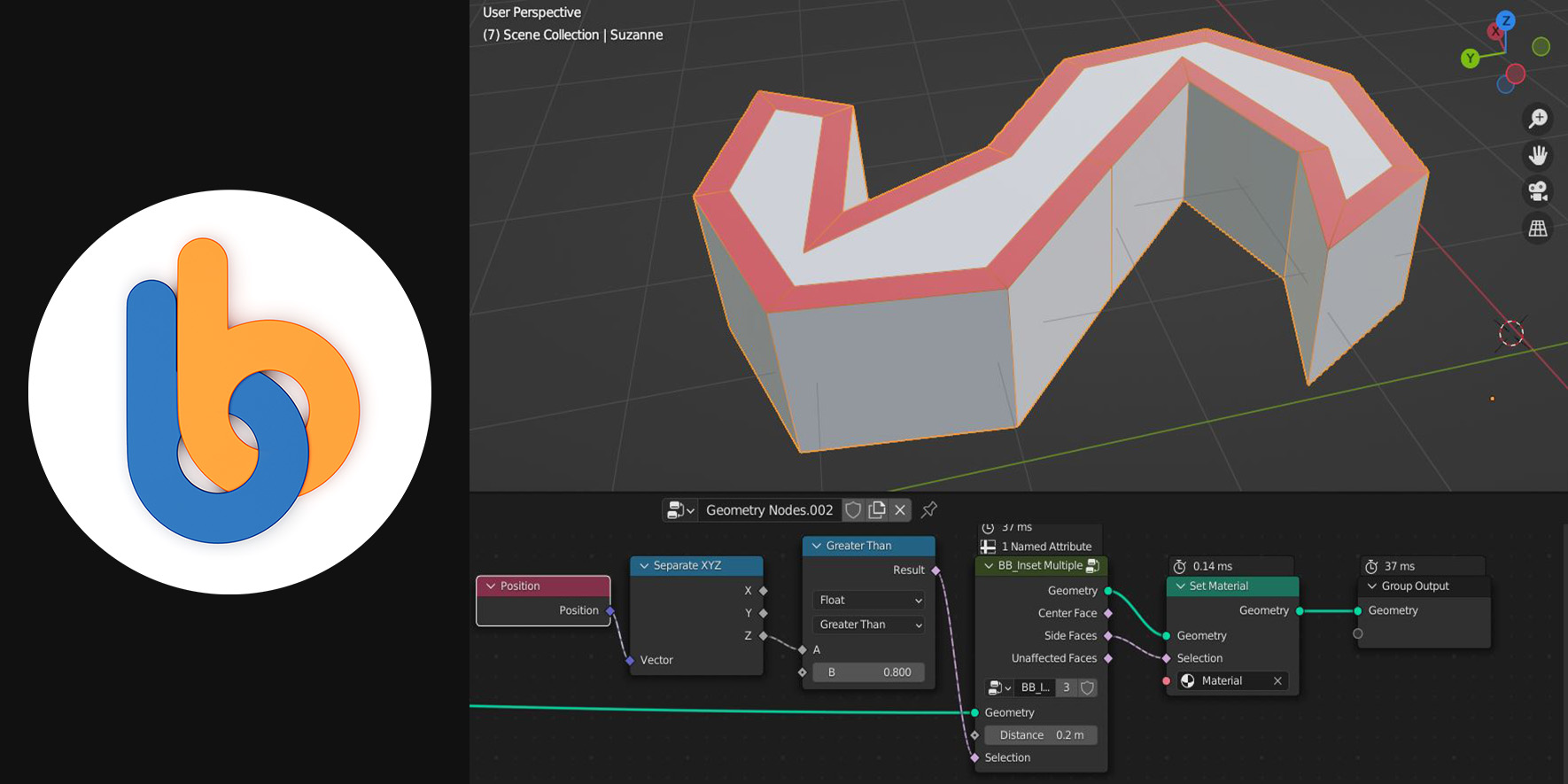 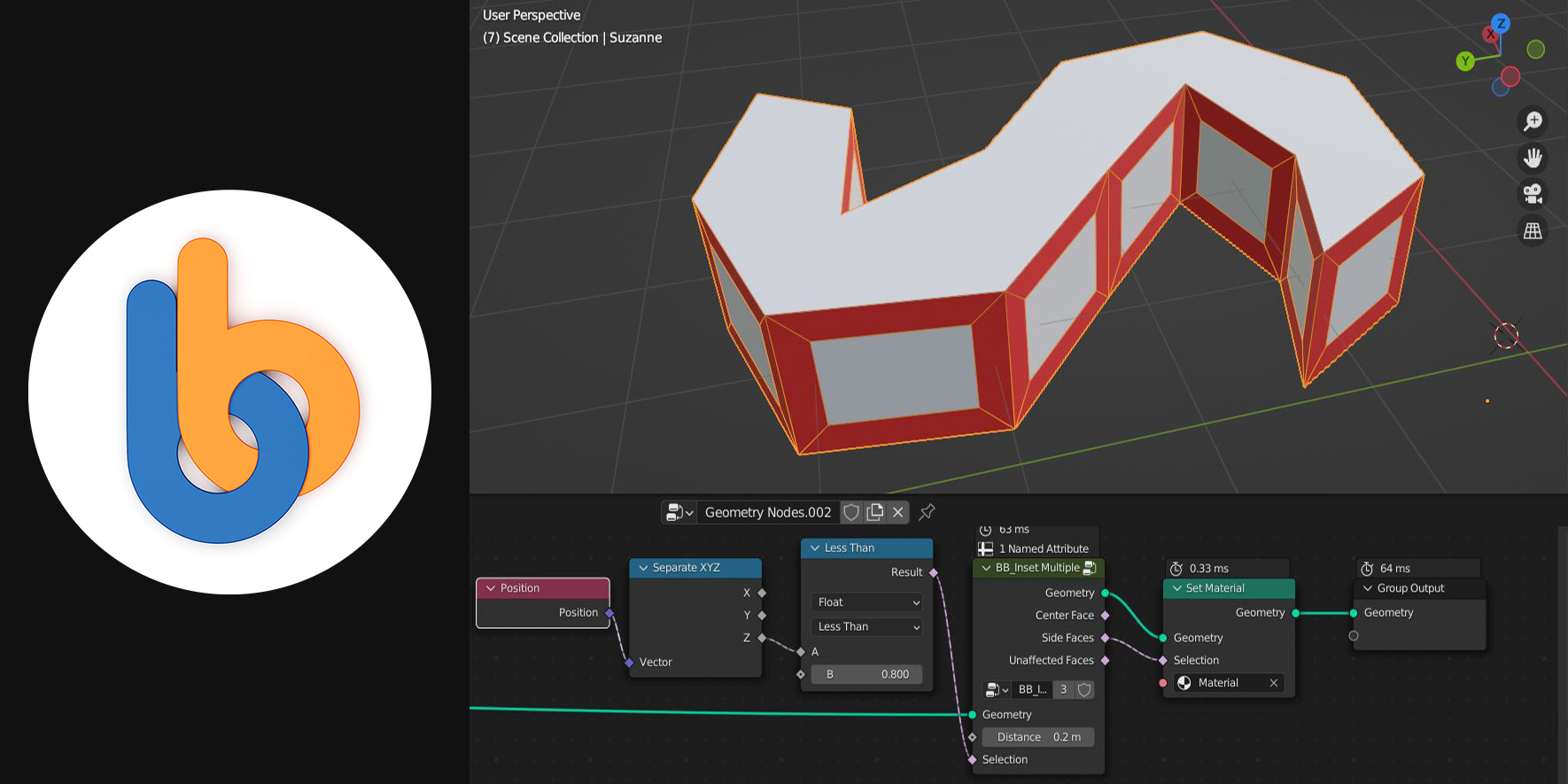 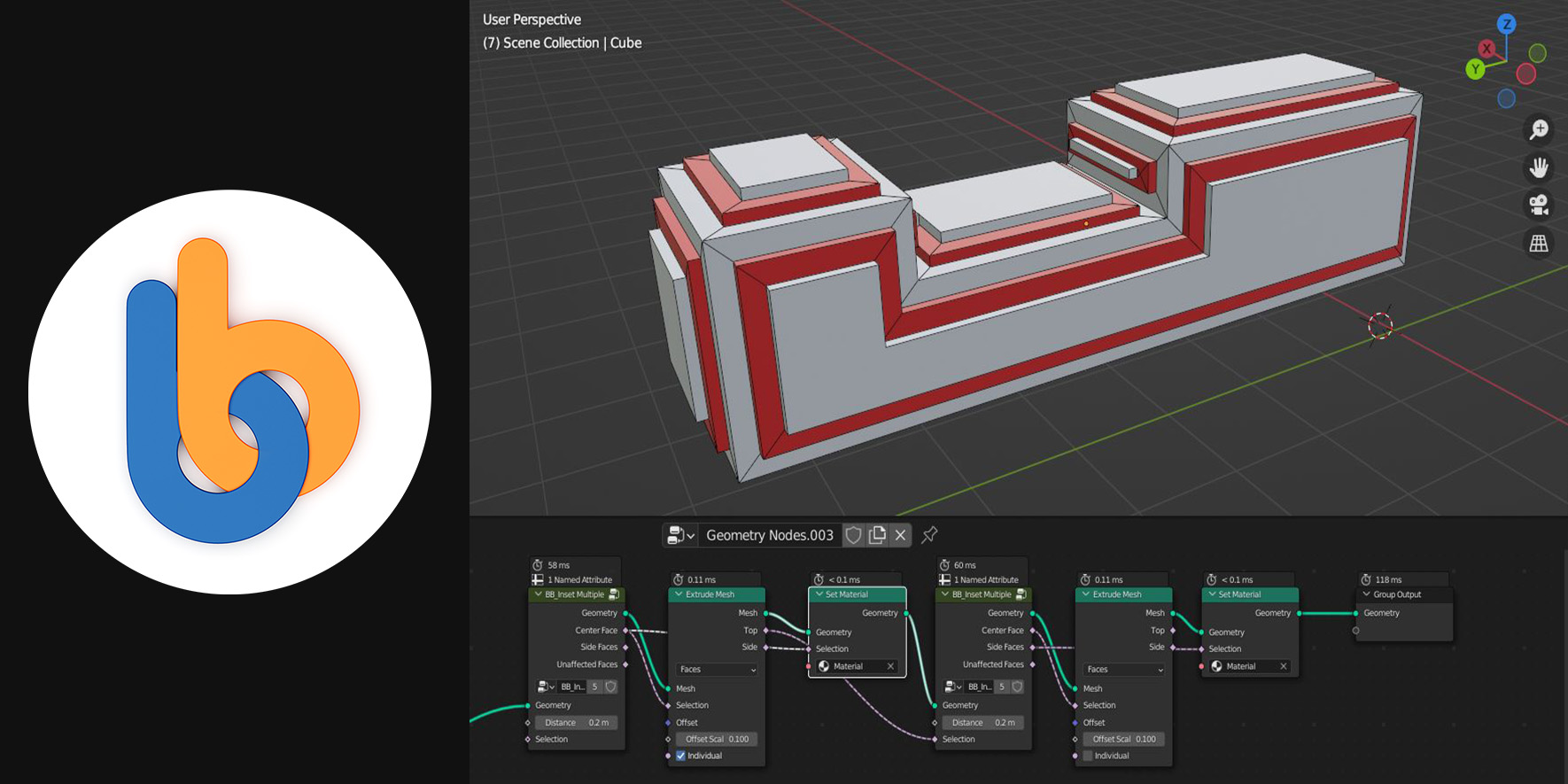 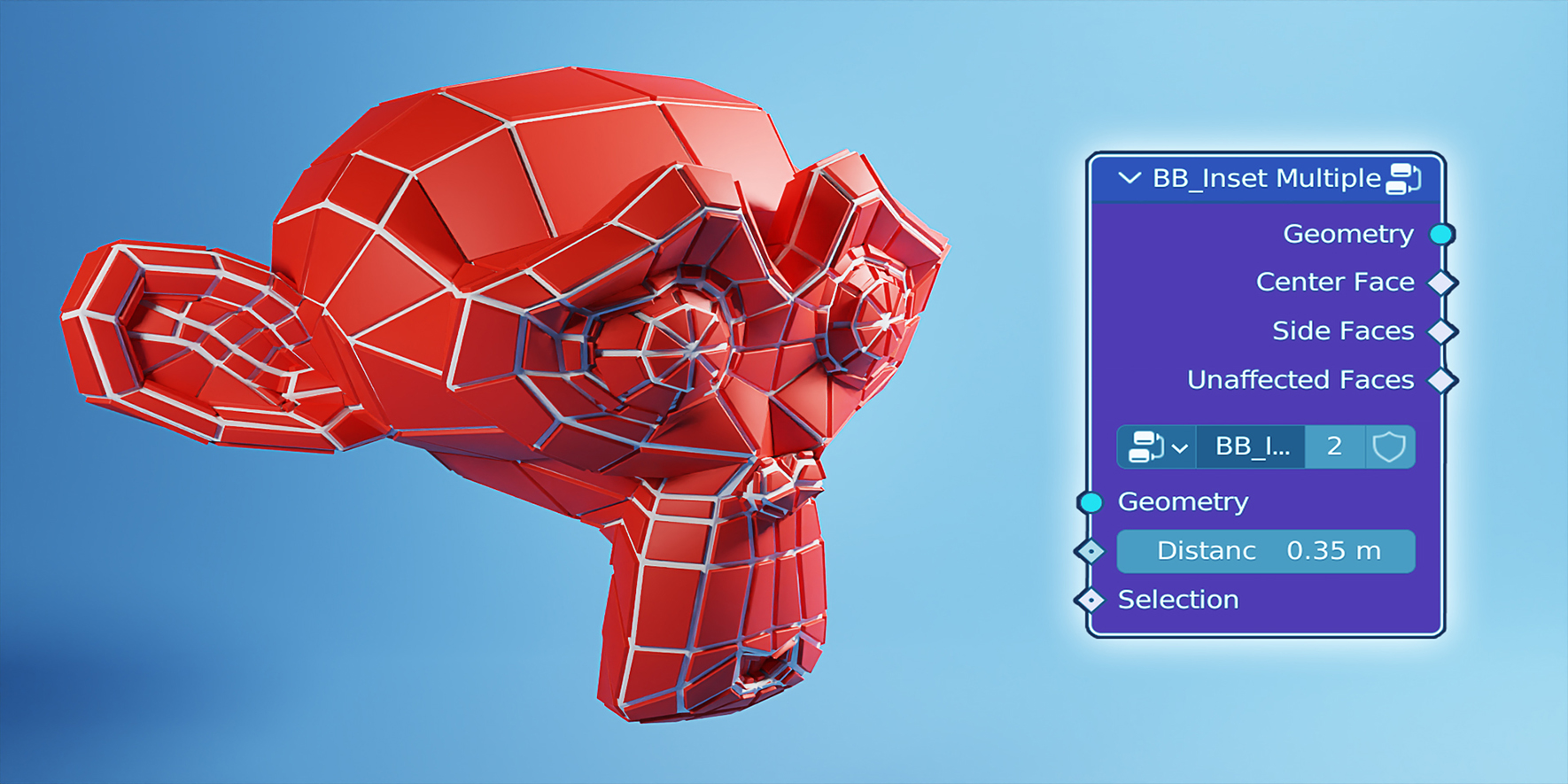 "Inset Multiple" Group Node made with Blender 3.2 Geometry Nodes allows you to inset multiple faces of a 3d shape. It works similarly to the inset operation you use in edit mode while modeling in a traditional way.
You'll actually get also 2 other nodes in the file, both of them necessary for the "Inset Multiple" node to work correctly, and those are:
"Offset Single Face" - creates 2 curves out of a single face, first curve is the edges of the face converted to a cyclic curve and the other is an offset of that original starting curve.
"Inset Single" - Insets a face on a single face but much faster than the "Inset Multiple"

For more information and a full overview of the possibility of these node groups watch: https://youtu.be/u8EjvmOAN9s
Contains:
1. inset_download (Blender 3.2 file) containing all 3 original group nodes form the Youtube video
2. inset_download_v1.1 (Blender 3.2) updated node with a new "depth" parameter that allows you to move the center (inset) faces up or down 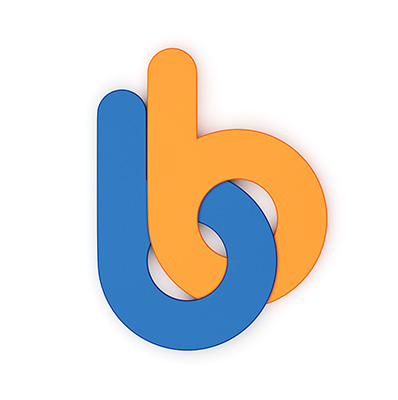