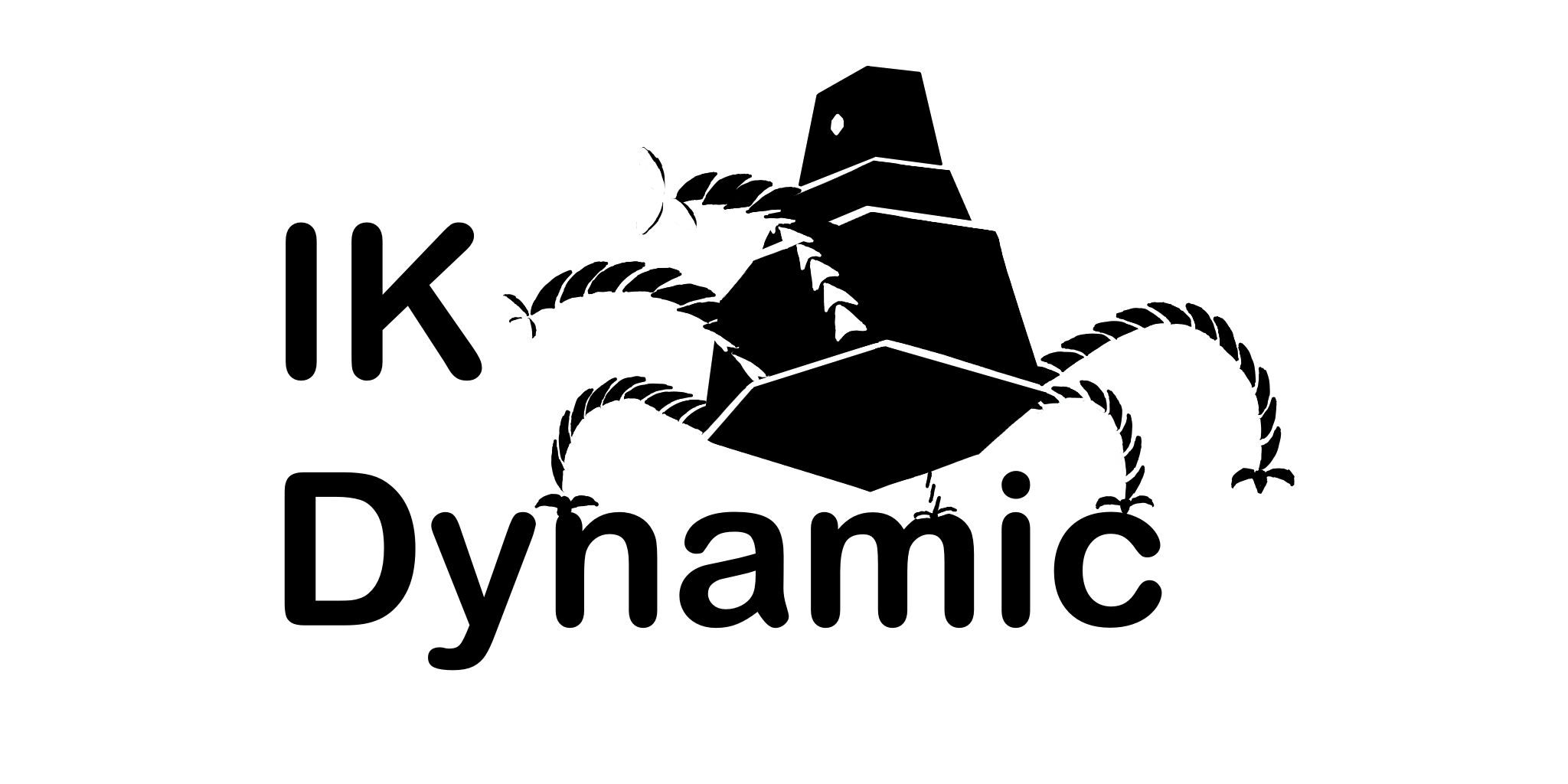 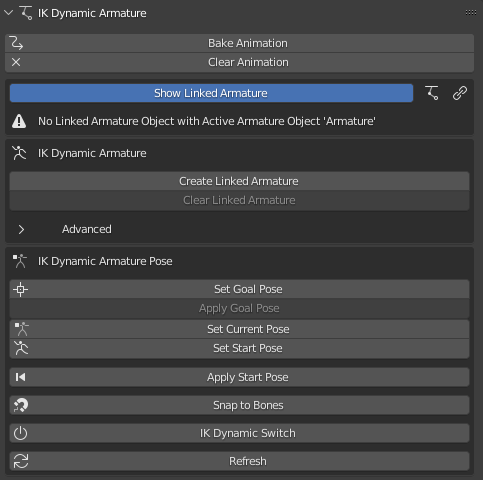 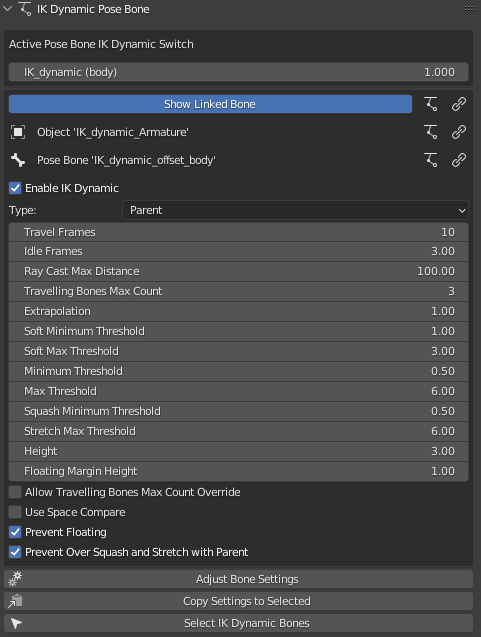 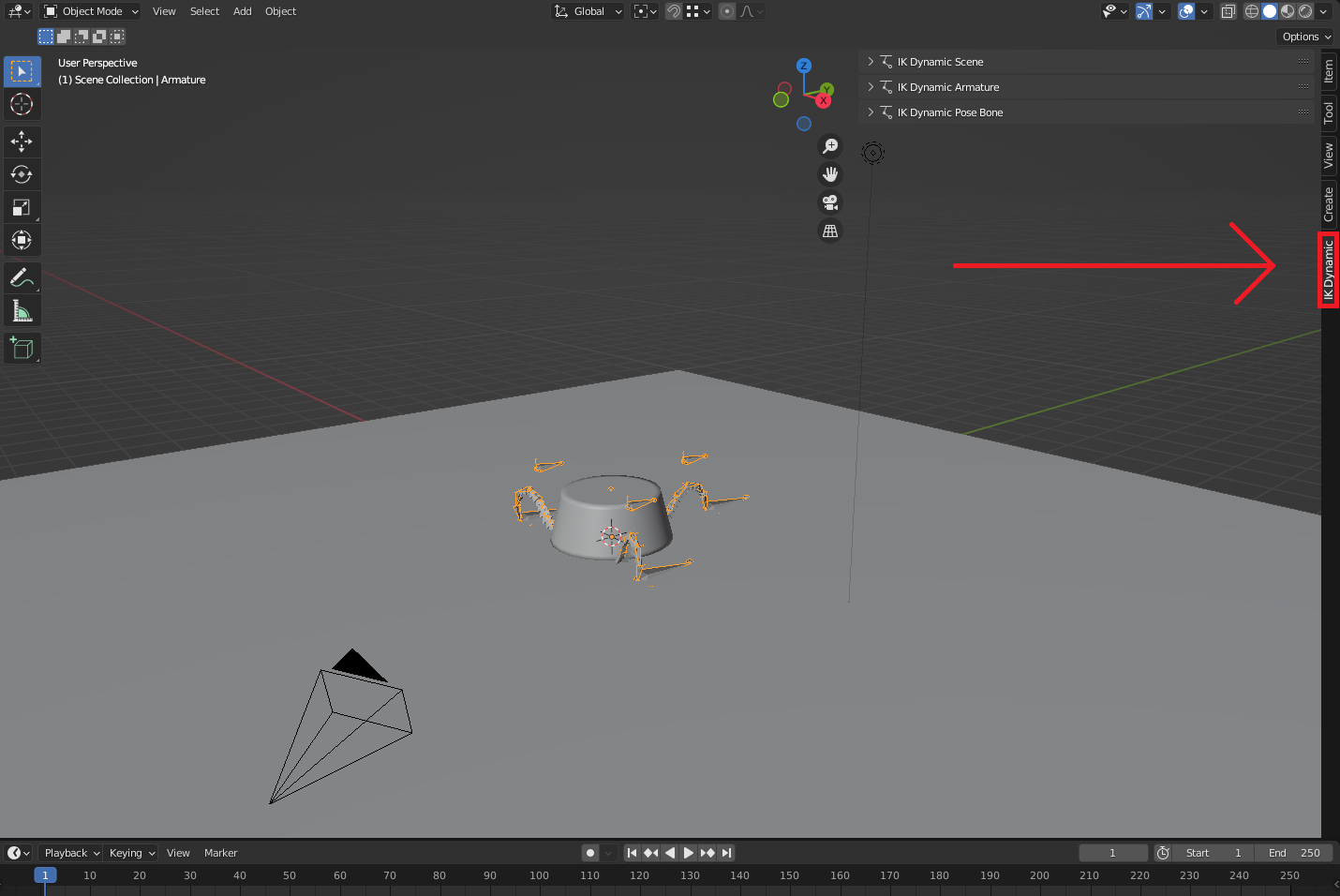 IK Dynamic is still in its early stages of development. It started as a small proof-of-concept idea and was not really meant to be an addon. Many features were added to make it user-friendly but some areas can still be worked on.

IK Dynamic is designed for multi-legged creatures. It is not suited for bipeds such as humans or quadrupeds such as cats or dogs even though it could work with extensive tweaking. Do not buy it if you want to use it only with these types of character. Traditional Keyframes or Motion Capture animations are better suited for this task.

IK Dynamic generated armatures must be considered as volatile. You should not keep them in your files.

When installing the addon for the first time, install from a blank Blender file.

Before rendering, any IK Dynamic animations must be baked to keyframes and IK Dynamic must be disabled after. 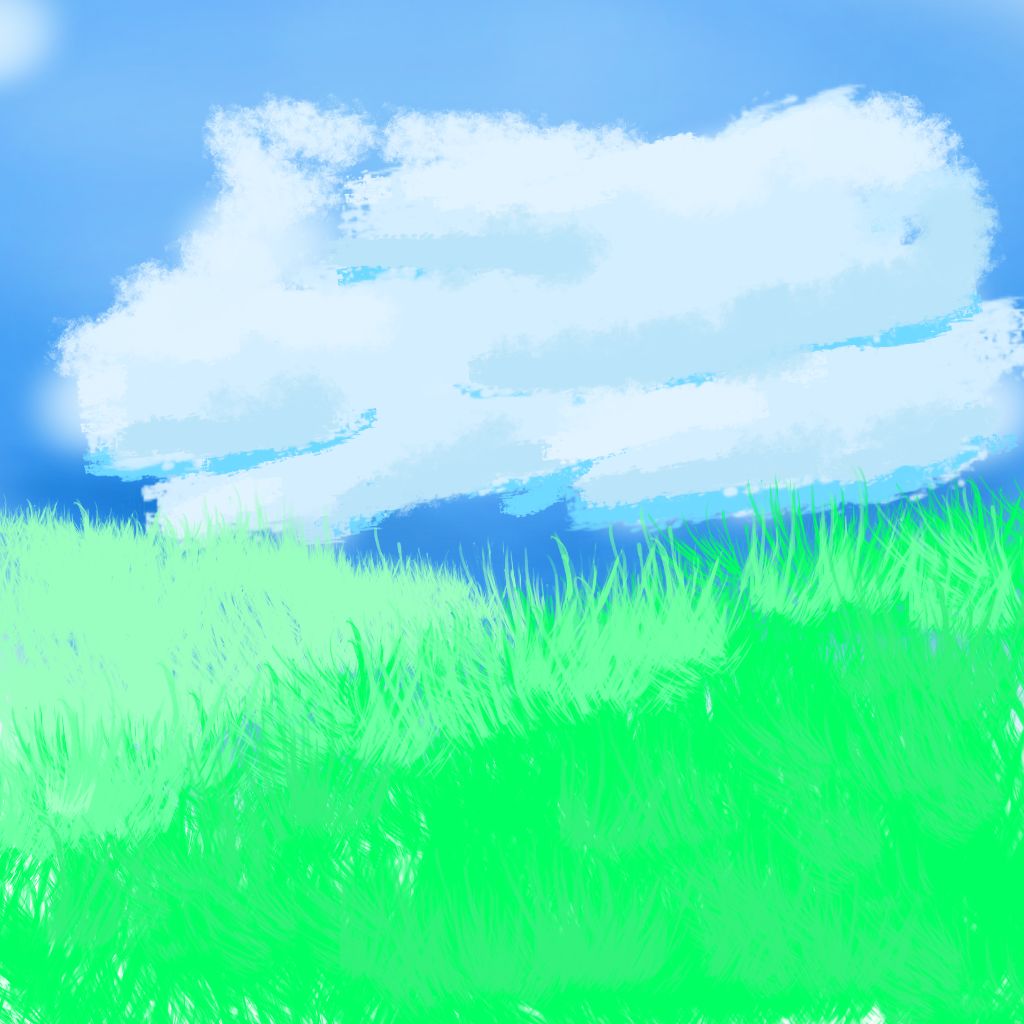