by Diego Gangl in Models

Welcome to the Grunge Attack! documentation.

Many nodes have slider inputs for your convinience, but you can input any numbers in them.

Both Rust and Chipped Paint share a set of options to control the "breakup". This is basically another layer of noise on top of the basic texture. This noise breaks into parts the larger texture noise to improve realism. You can also use these settings to get different looks and effects from the nodes.

The pack also includes two other node groups that are used by all the textures. These are:

Finally, remember that almost anything can be plugged into anything. Don't be afraid to experiment: plug an image into a color or scale value, or plug a node's mask into another node's vector. You'll find lots of interesting combinations.

Note: All the images use a default Diffuse BSDF, except masks which are shown with an emission shader, and Dust which has a bit of Glossy to show the effect better. Also note that some of these examples are exaggerated to show the effects of a particular setting better.

All of this examples are using either Object or Generated Coordinates, but you can plug anything you want into the Vector socket. 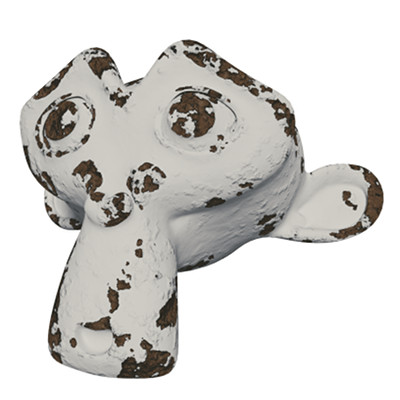 Rust is an iron oxide, usually red oxide formed by the reaction of iron and oxygen in the presence of water or air moisture. (says Wikipedia)

The Rust nodegroup allows you to control bumpiness independently of the colors and main mask. For that you need to connect the displacement output to a bump map node (and from then into shaders) and/or connect it to the displacement socket in the material output node.

Tip: You can input a texture into Breakup Scale to have make the breakup more varied.

Scale: Scale of the rust (smaller makes it more broken up)

Fill: How much is taken over by rust. Starts from the edges going inwards.

Bumpiness Fill: Same as the fill option but only for the displacement mask.

Bumpiness Spread: How concentrated the bumpiness is on the edges. 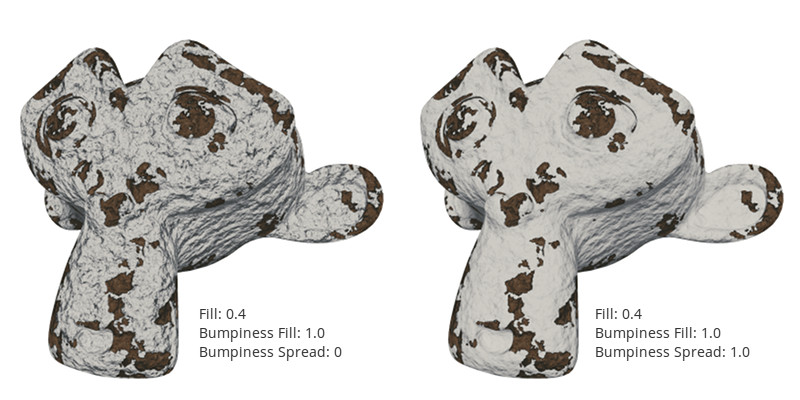 Breakup Size: How big is the breaking up of the rust effect

Breakup Influence: How much area does the breakup cover

Base Color: Color of the parts not affected by rust 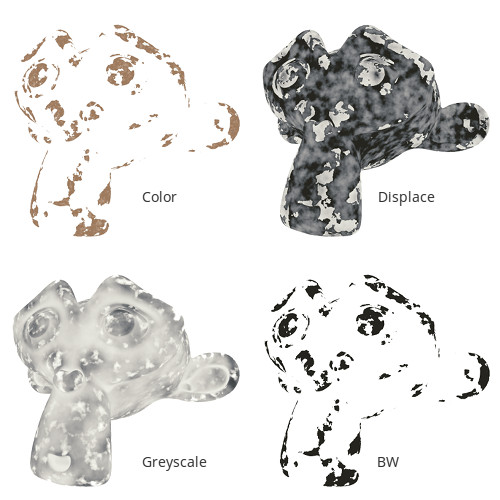 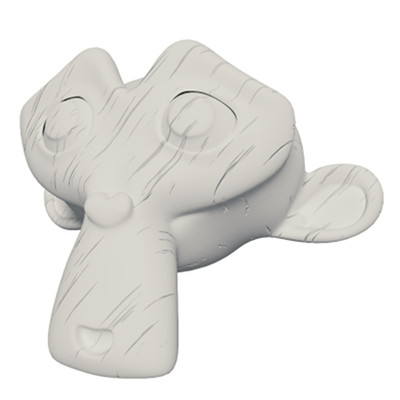 Simulates scratches as produced by sharp objects, or friction.

This node works specially well when added multiple times, since scratches tend to be caotic and come in multiple directions with different sizes and strengths. Use MixRGB or Math nodes set to "Add" to mix the masks.

This texture only gives you a mask, since it's intended mostly for displacement. You can use the mask with a MixRGB node to get different colors on the scratches.

Offset: Rotation in the Z axis

Angle: Rotation in the Y axis

Fill: Expand the scratches to fill more space (extra-thickness). It can be used to create a negative of the scratches 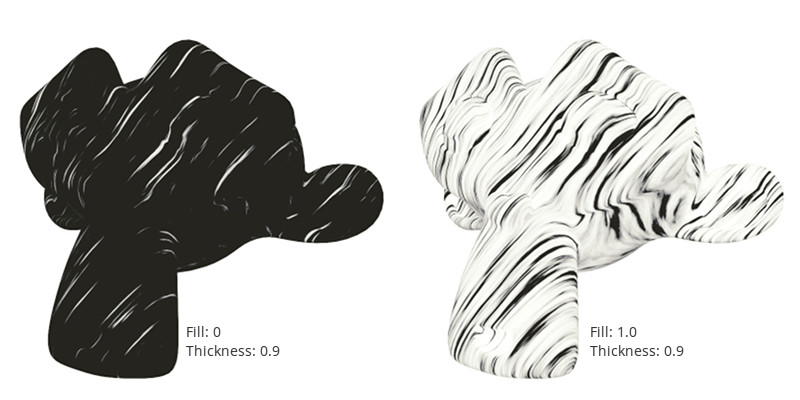 Thickness: Thickness of the scratches

Contrast: Sharpness of the scratches. High contrast values with low thickness can be used to create minimal scratches.

Scale: Size of the scratches 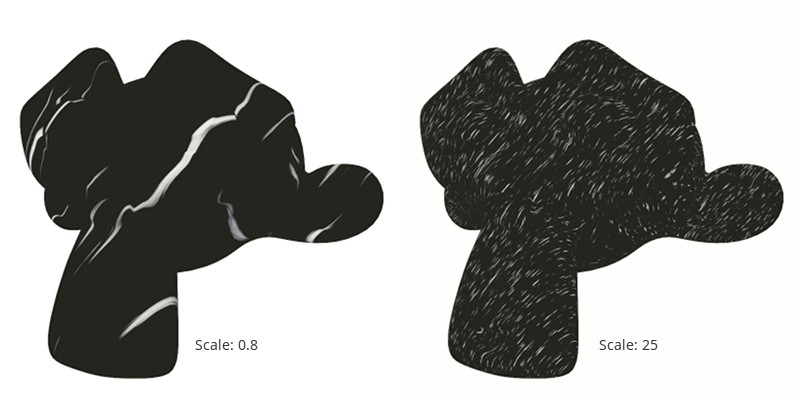 Detail: Detail level on the scratches. Can be used for more "cartoon" scratches

Distortion: Distort the scratches. Randomizes their direction a bit. 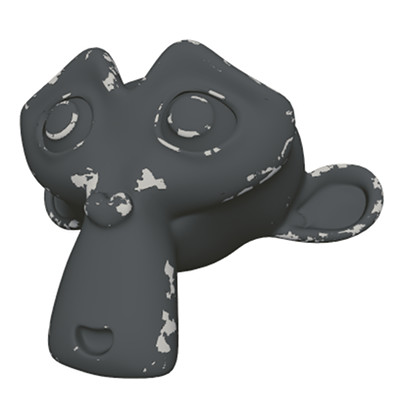 Simulates chips of painted material being lost by age or collisions.

Scale: Scale of the sections where paint is chipped

Detail: Adds detail to the general shape of the mask

Fill: How much of the object to fill with the effect 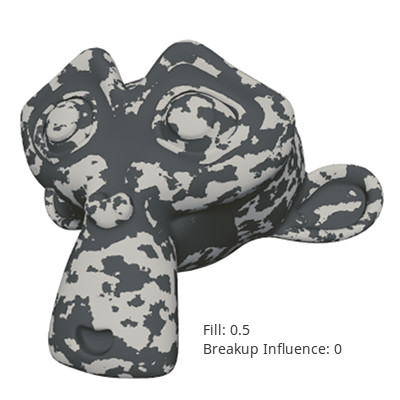 Breakup Scale: Size of the breakup of the effect 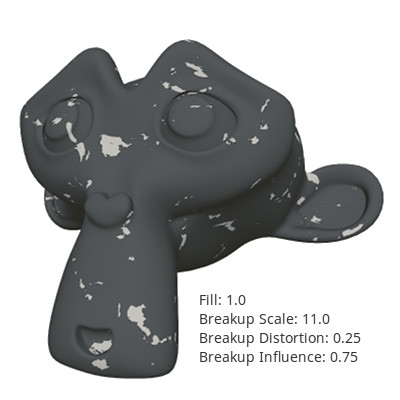 Breakup influence: How strong is the breakup 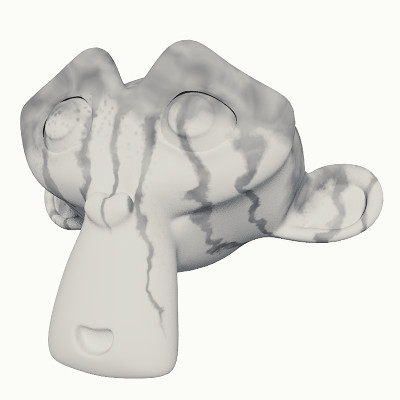 Note that this node might have produce some weird white halos when used with highly saturated combinations like hot fucsia and lime green.

You can add more realism by plugging a texture in the color socket, for instance a noise texture.

Background: Color not affected by the drips

Drips: Color for the drips effect

Length: Length of the drips

Distortion: How distorted the drips are (how far away from being perfectly vertical) 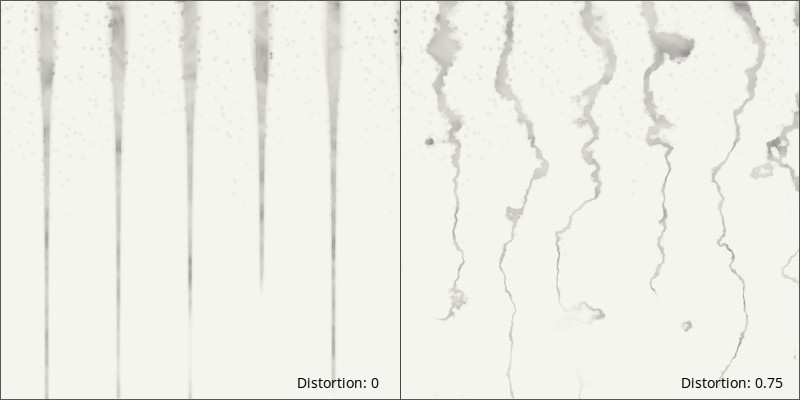 Scale: Scale of the drips 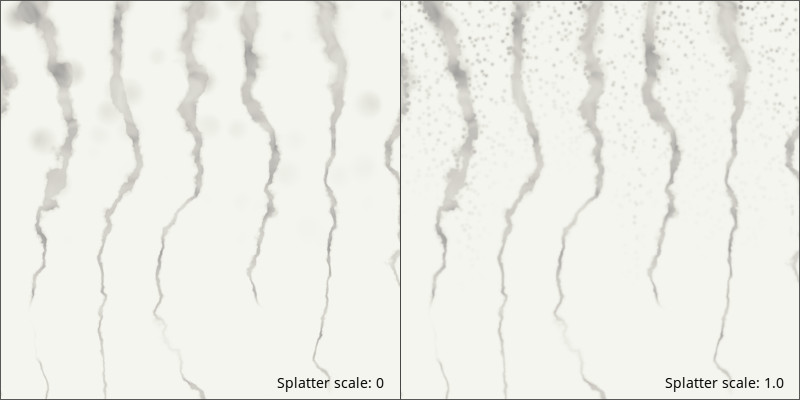 Splatter Amount: How many splatter dots to show (from the top)

Thickness: Thickness of the drips 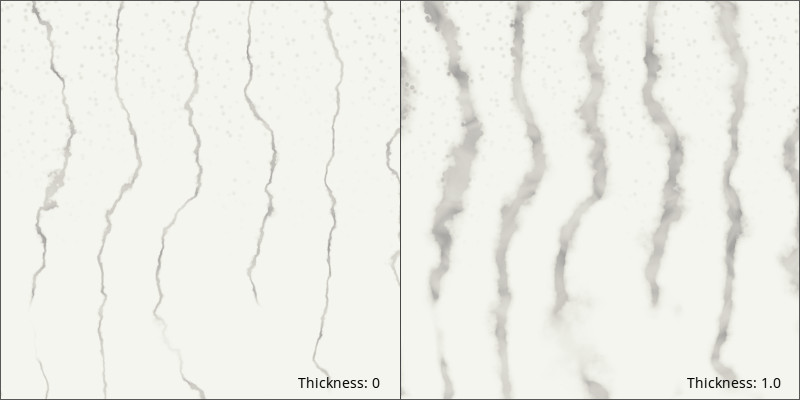 Thickness Along Path: Decrease thickness as drips go further down.

Soaked Top: How large is the portion that is fully soaked from which drips come down from

Z Offset: Move the Z coordinates down. You can also input negative values to move them up. 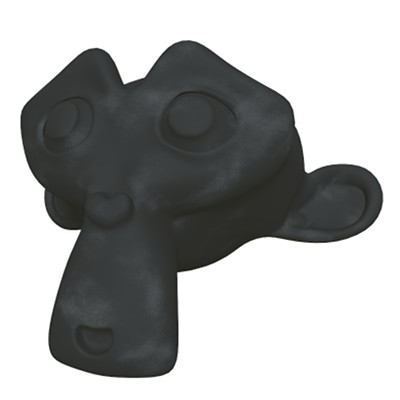 Simulates dust covering areas of the object. It can also simulate parts of the dust removed (as if passing a finger through it). 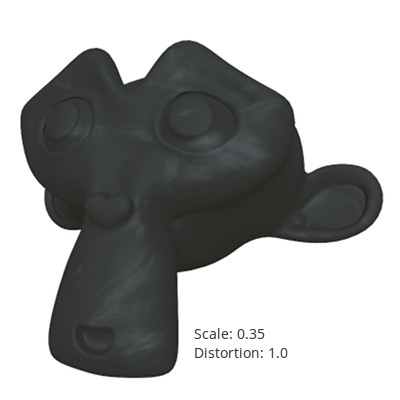 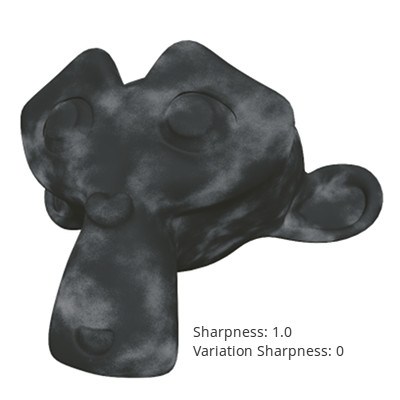 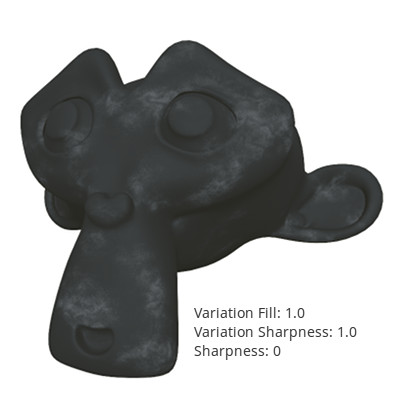