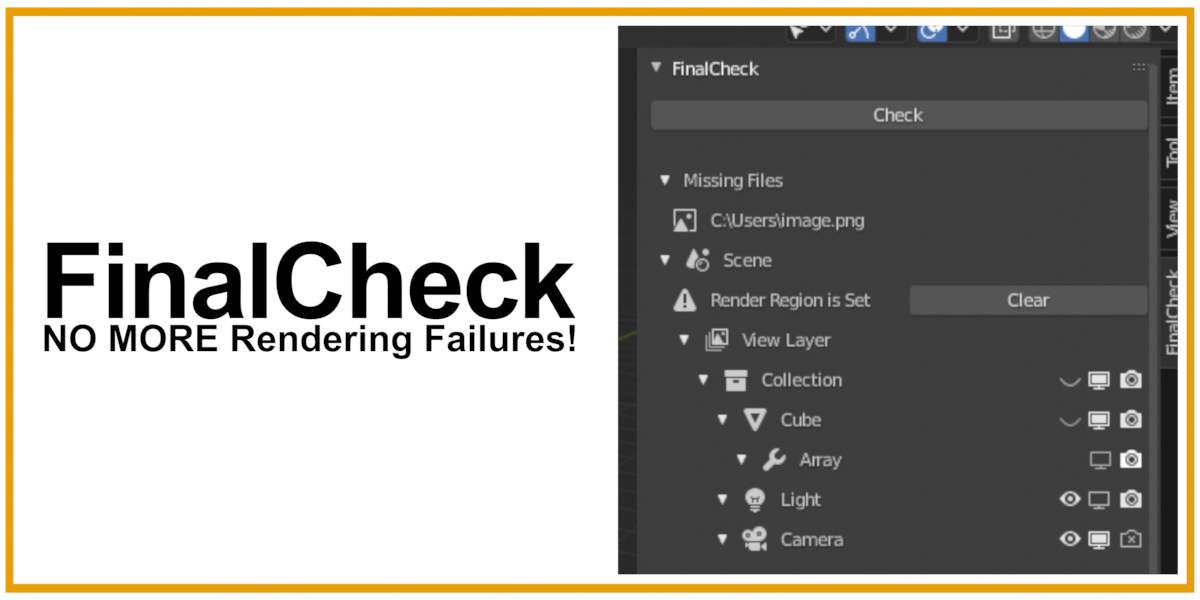 This addon detects problems in your project and make your render successful. 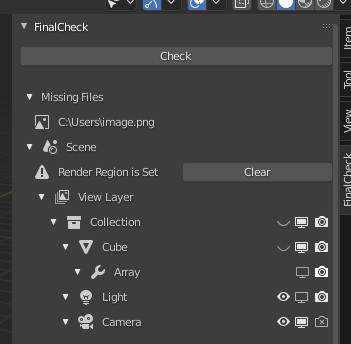 Do you ever have to re-render your scene because of a small mistake?
This addon detects various problems of your project and suggest corrections.
Check with a single button and fix problems at once.

You can also choose where to check: all scenes or current scene/view_layer only.

Q: Render result is not what I intended

A: This addon does not detect all problems. Check is based on current frame and does not consider status of other frames.

If you find bugs or have an improvement, let me know in GitHub Issues or my Twitter. Thanks for using FinalCheck.

You can also download it for free from Gumroad or GitHub. 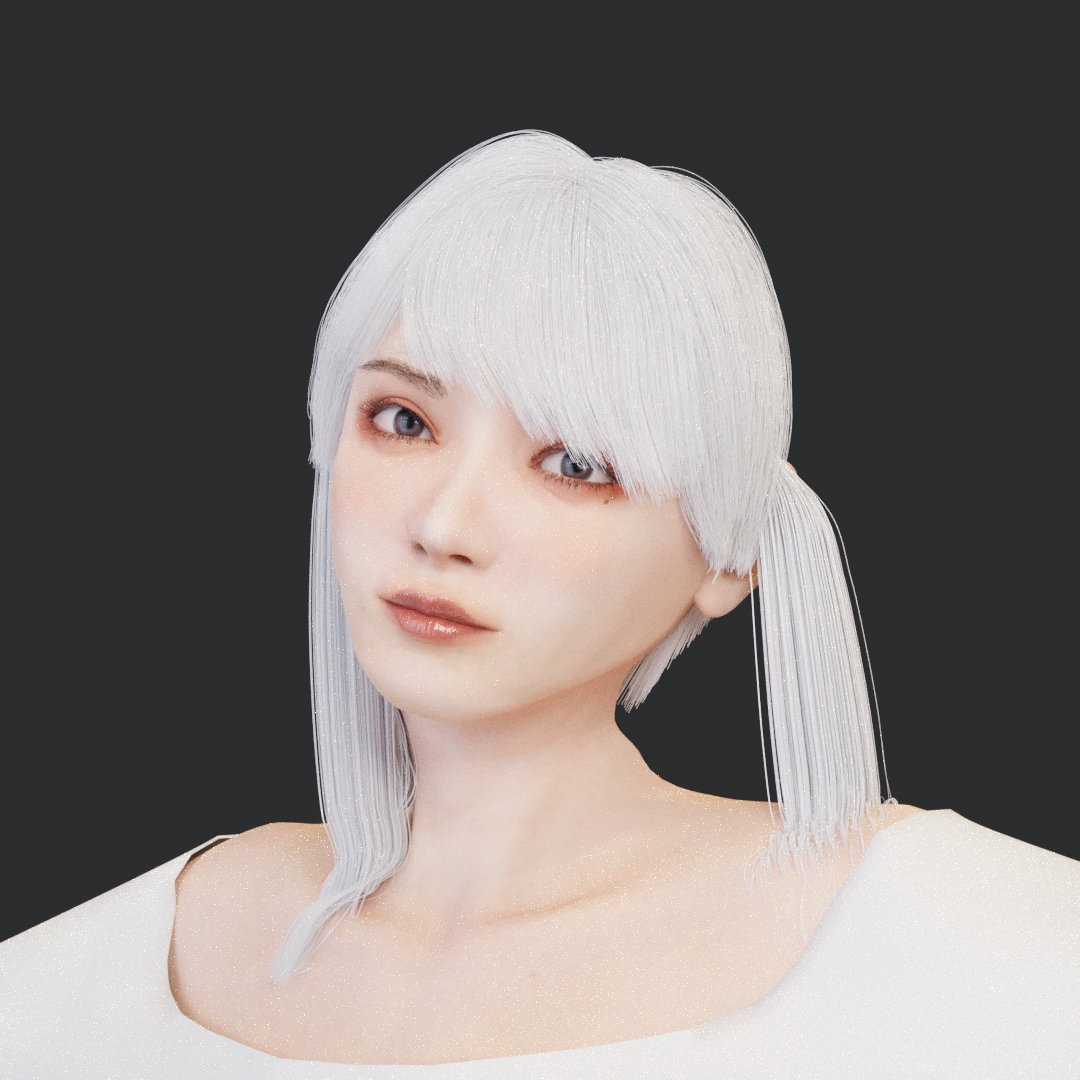