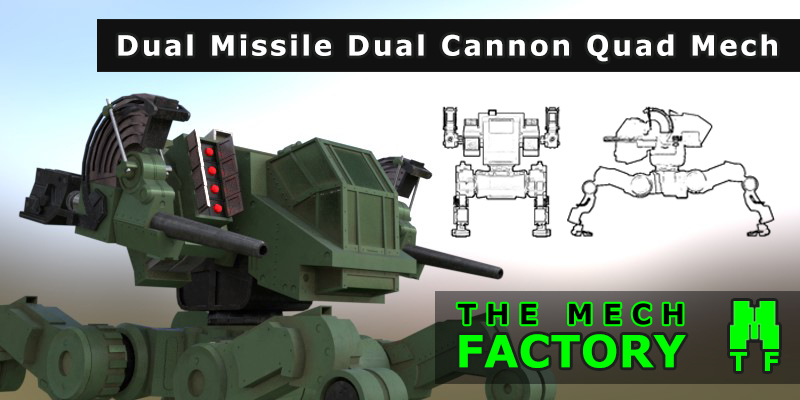 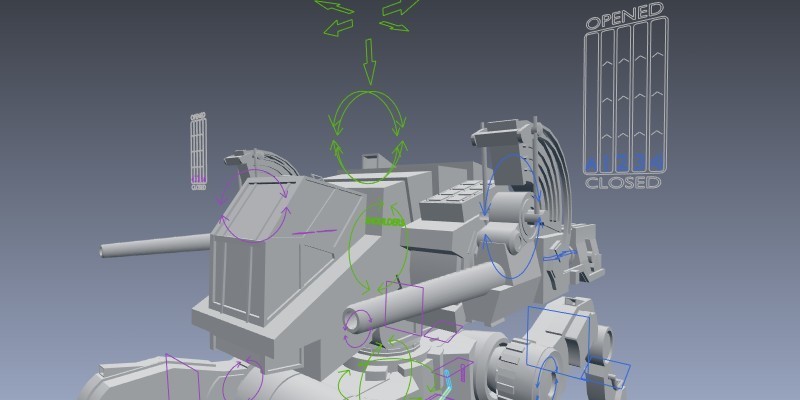 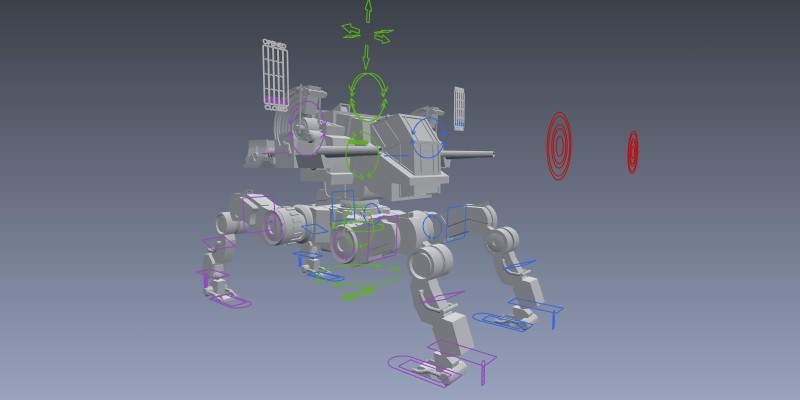 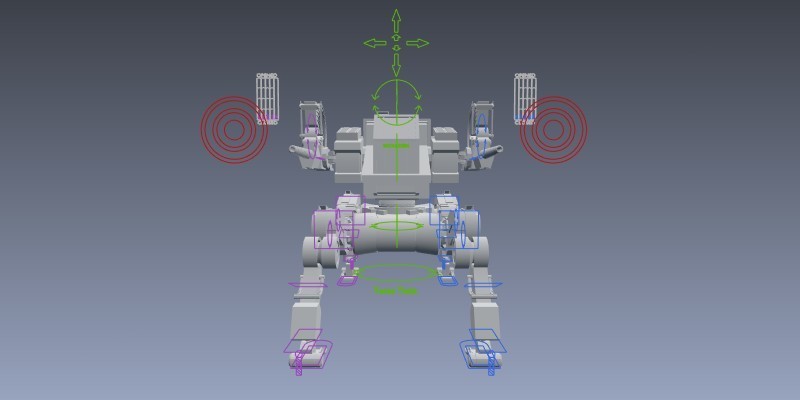 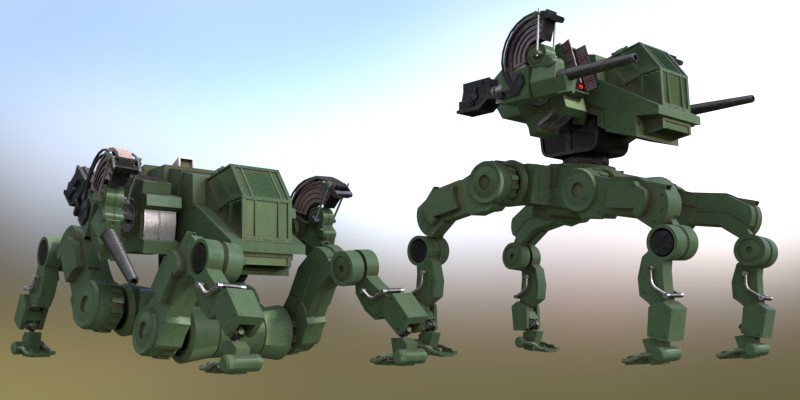 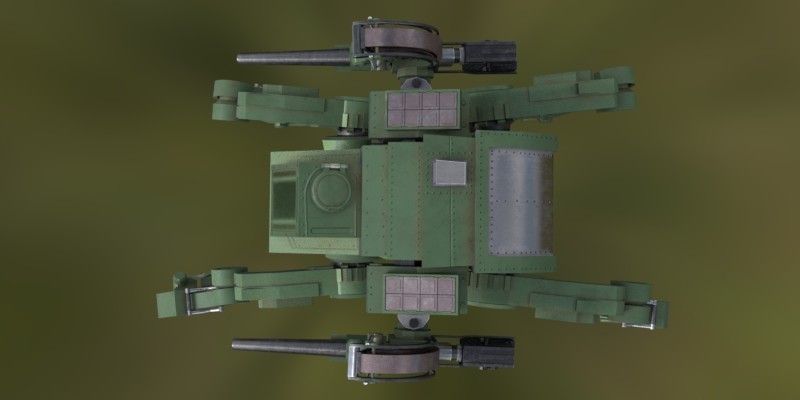 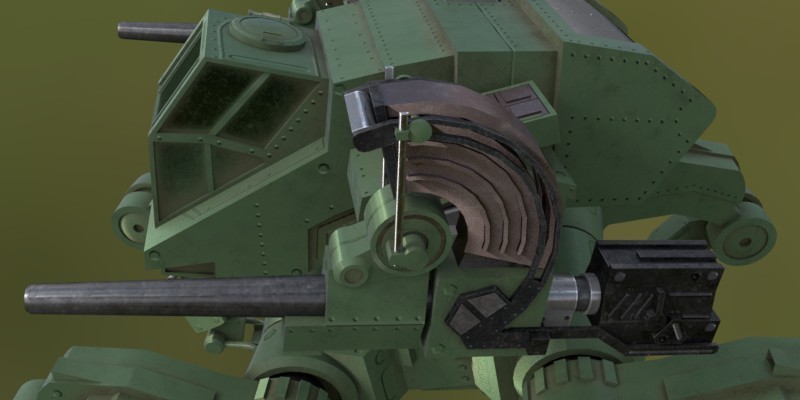 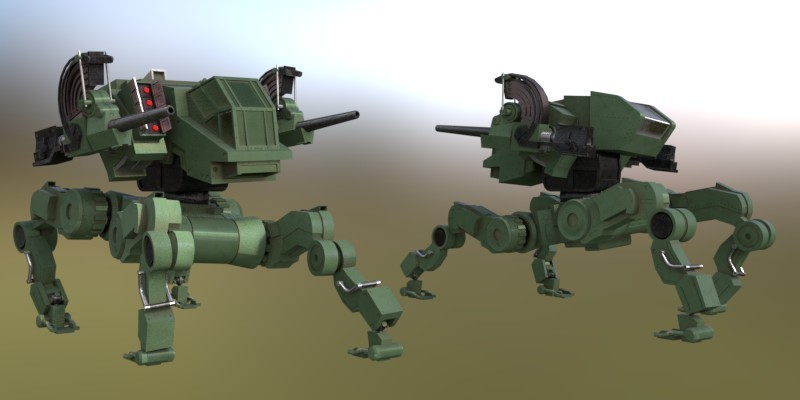 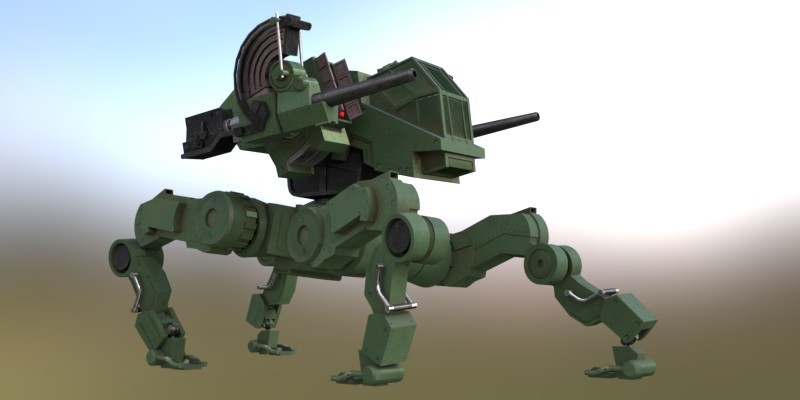 This is a  Quad Mech model (four legs) made to scale in Blender. By saying it is "to scale" means if you're using the Rigify add-on, the Mech is built so that default rig will fit in and around the machine to scale and look correct. It looks like a giant, stompy, war machine!

Demo video (less than 3 mins long) showing a sample animation I made:

I've built similar Mechs for use in games and movies. Providing the Mech as a basis for your posing and animation(s) saves you the time it would take to build and rig the model from scratch. Plus, the included texture and shader means you are ready to render practically from the second you open the file! Especially for quick prototyping or building a demo. Add your own animations quickly.