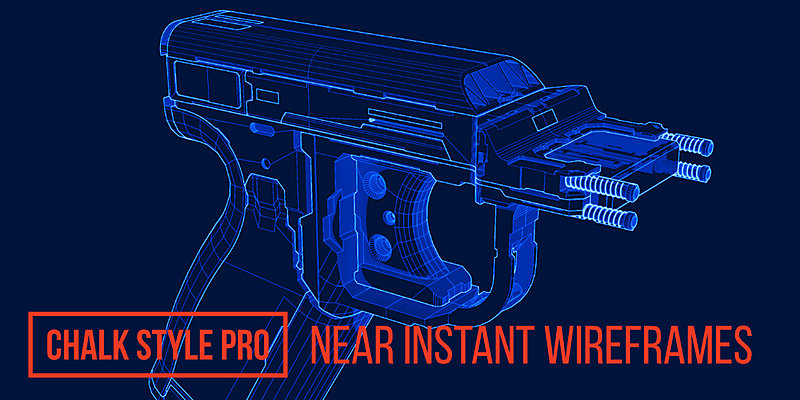 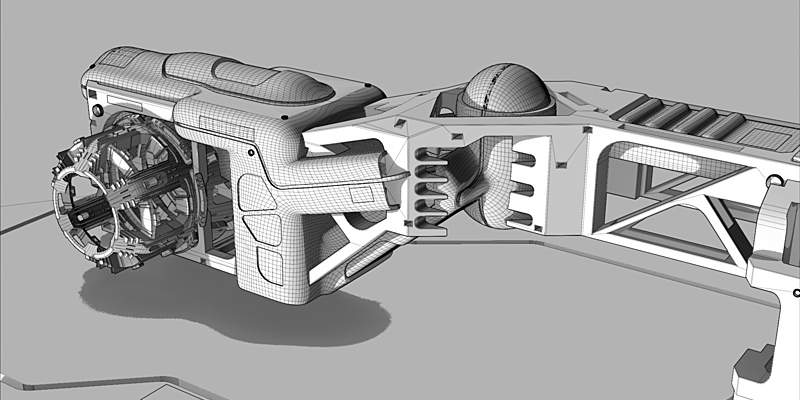 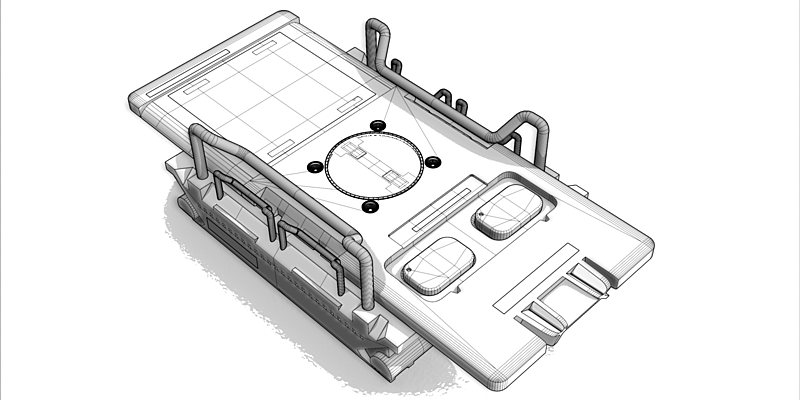 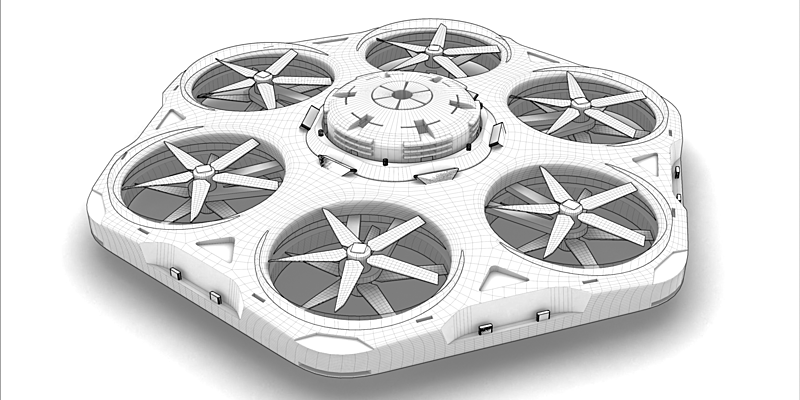 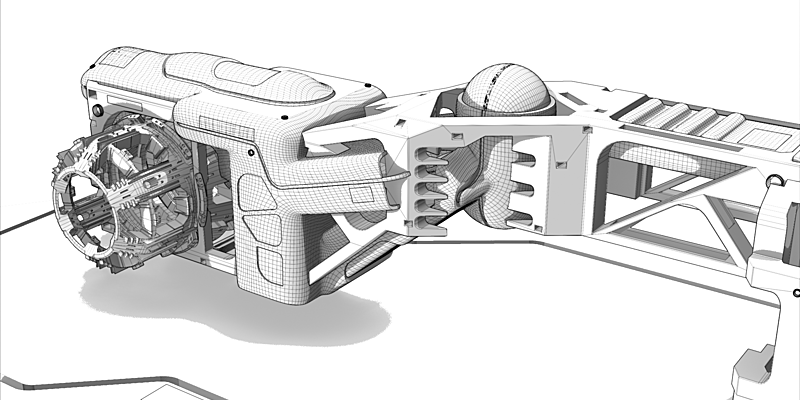 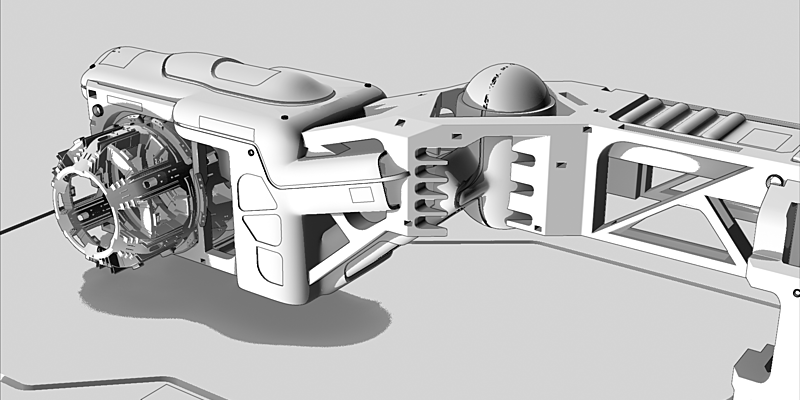 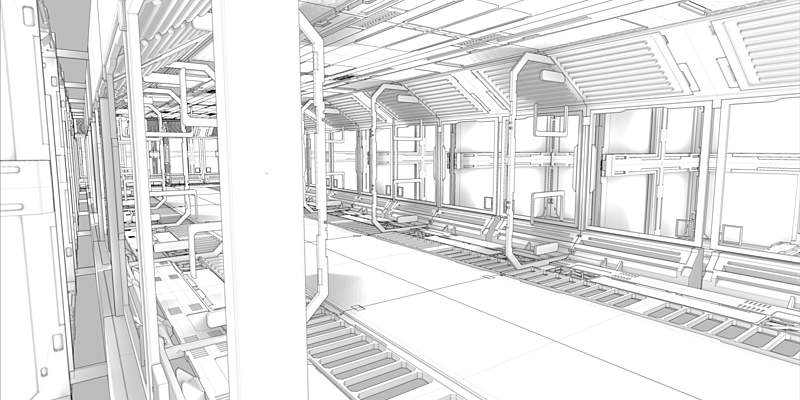 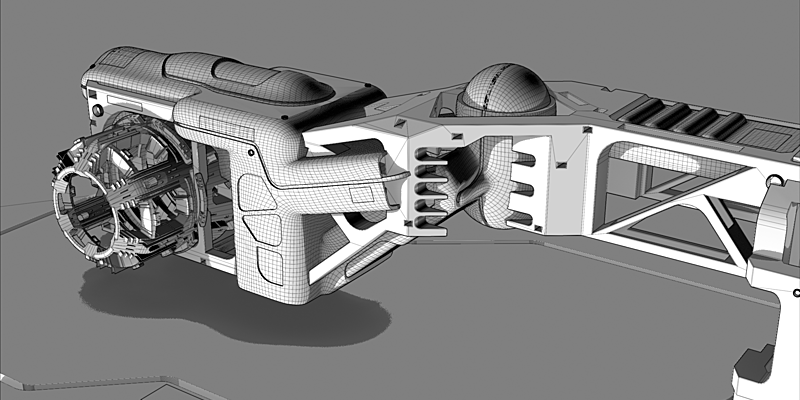 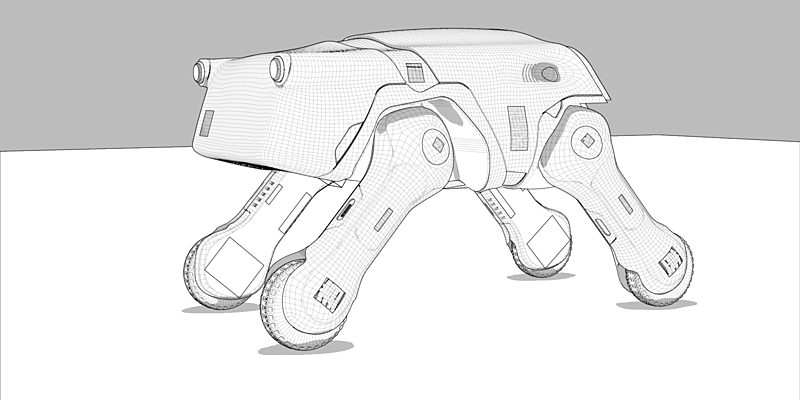 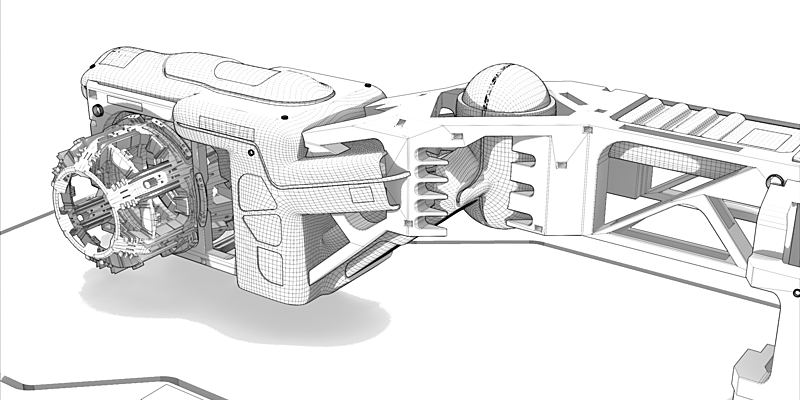 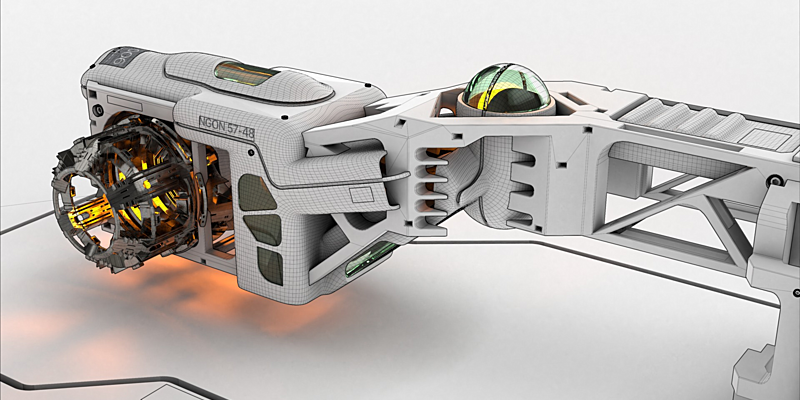 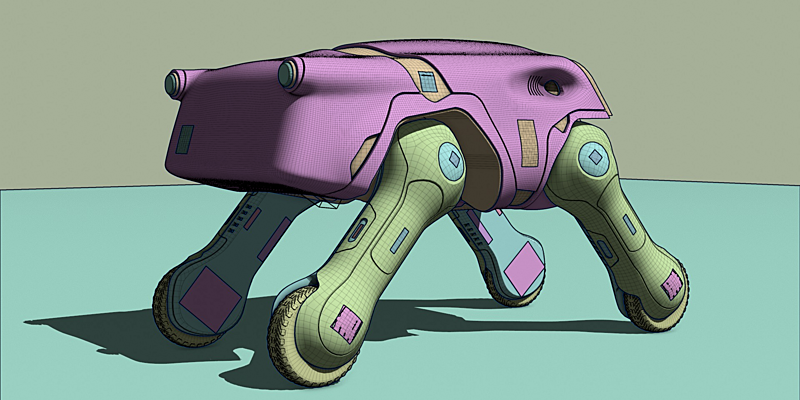 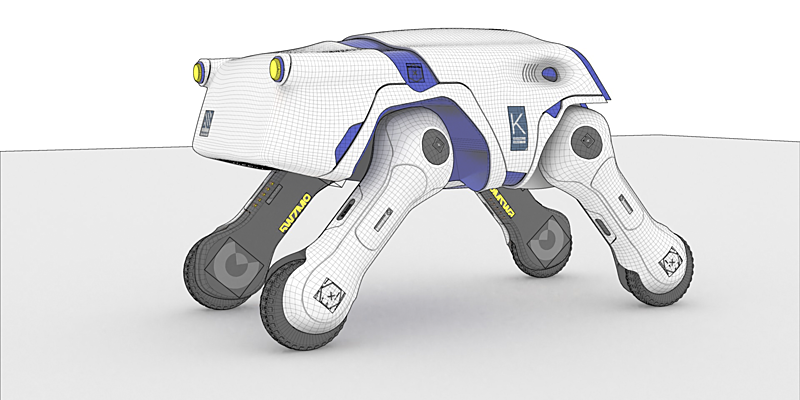 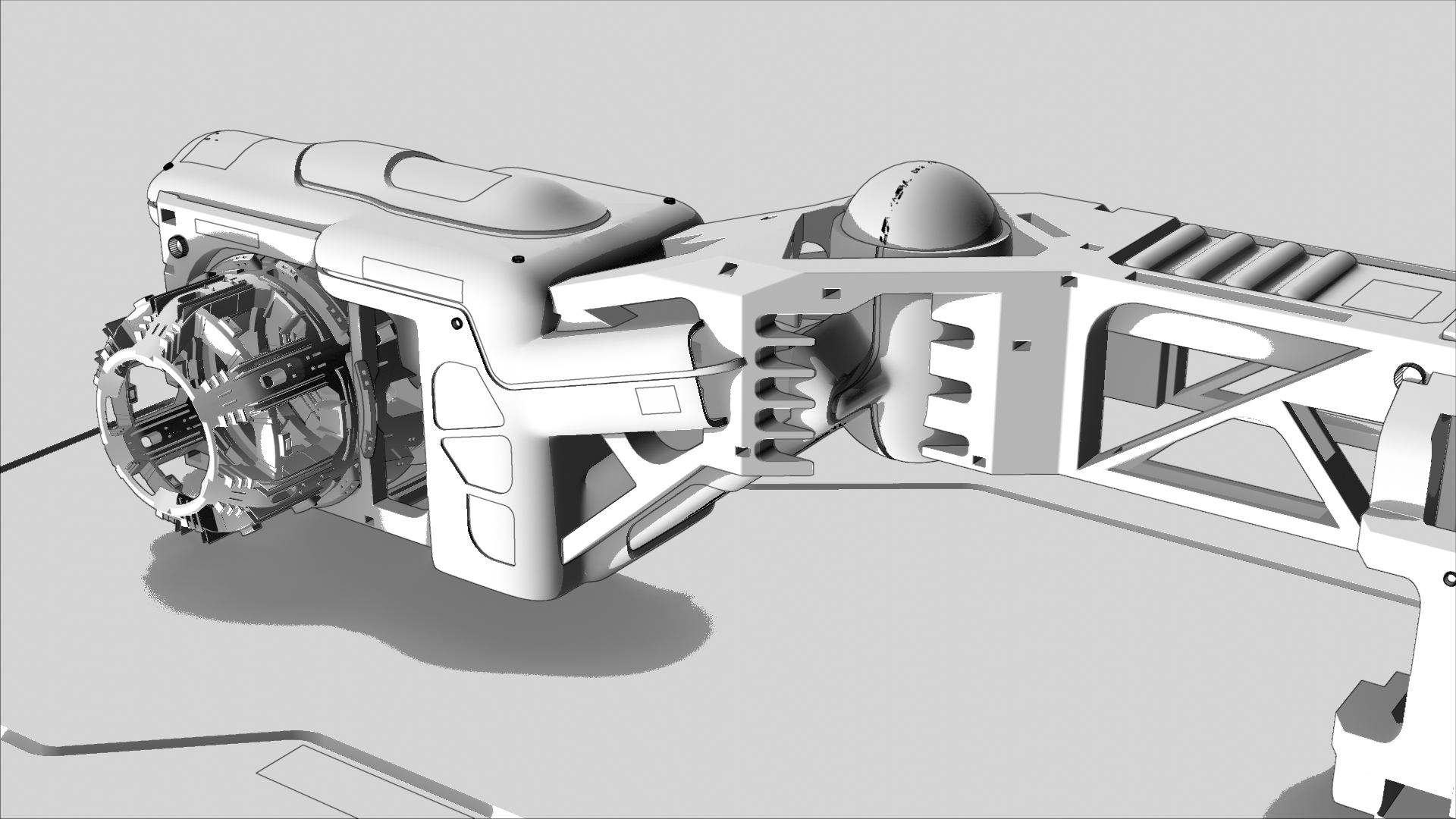 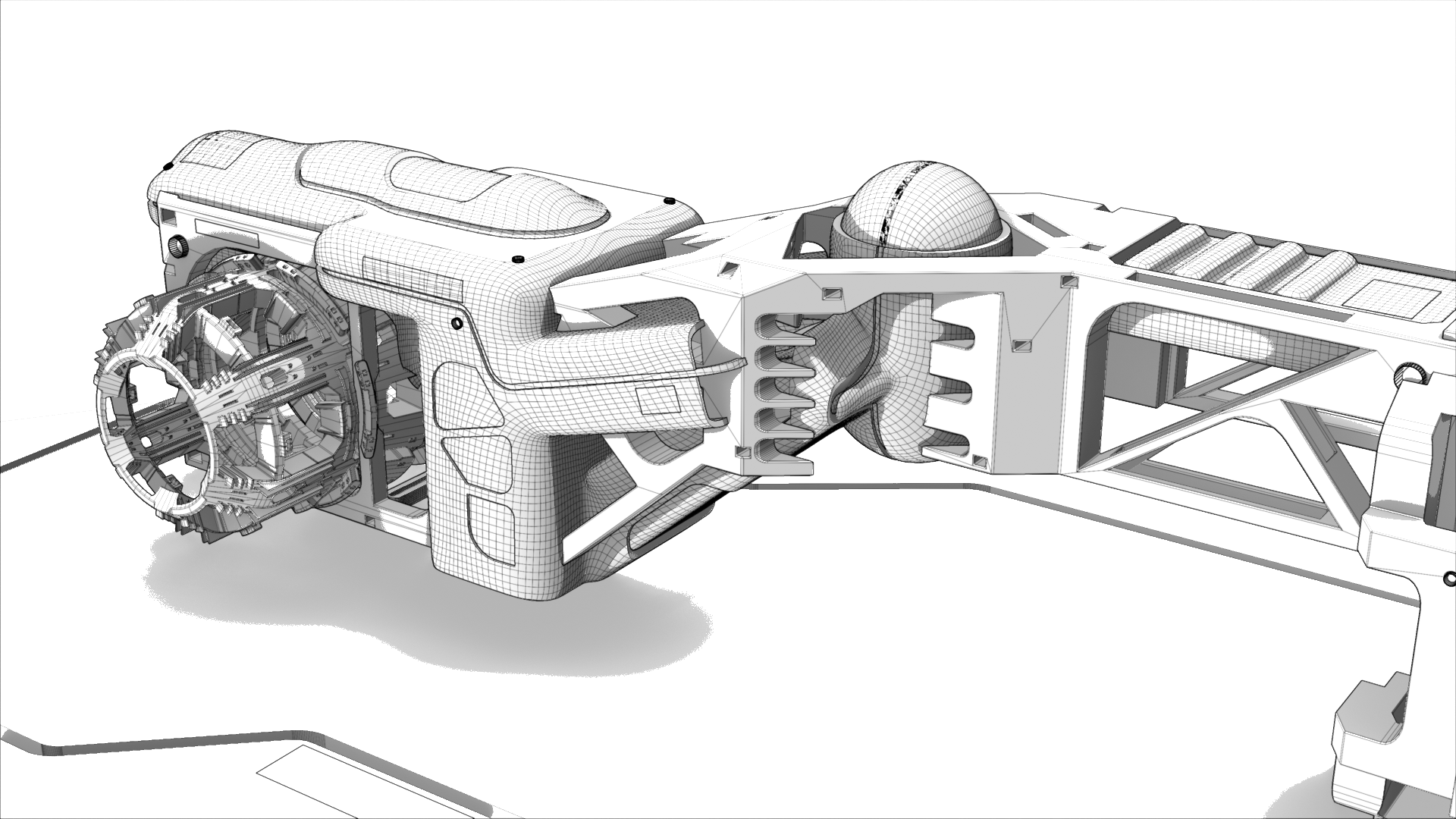 It’s between 10 and 100 times faster than Blenders freestyle renders. And even better you only need to press a single button to see your render in seconds.

And, the coolest part is you can adjust line weights for both wireframe and outlines as well as control the relative darkness of the ambient occlusion pass. And this is AFTER the render has completed!

And new to CHALK STYLE PRO is the ability to relight your render AFTER you’ve created it! Yes, you heard that right– you can actually adjust the lighting in your render after it’s completed!

You can learn more about it by watching this quick video:

So, how does all this work so fast?

The secret is in the fact CHALK STYLE PRO creates 4 different OpenGL render passes. The first is a simple AO render, the second is the outline render at twice the original resolution. The third is a wireframe render– also at twice the resolution. And lastly we create an EXR Normal render– which is used for relighting the model.

We automatically create all these renders, then create a new CHALK STYLE scene and load the compositor with special nodes and then connect them to the 4 different renders. Then we add some custom group node goodness and you’ve got yourself a super AO chalk style wireframe render!

Well, frankly-- there are many differences.

What is the difference between CHALK STYLE PRO and SKETCH STYLE?

The two are created for different reasons.

SKETCH STYLE uses Blender’s internal Freestyle to create stylized renders all with a single button press. Creating a render that shows the model’s wireframe mesh, while possible in Freestyle is very difficult, requiring you to apply properties to each and every mesh. SKETCH STYLE can also create different looks, like a blueprint look or dashed hidden line look which CHALK STYLE PRO cannot do.

CHALK STYLE PRO can create wireframe ambient occlusion renders faster. Much faster because it doesn’t use Freestyle, nor does it use the CYCLES or EEVEE final render mode. Also, CHALK STYLE PRO creates both outline and wireframe passes which can be overlaid the original AO image in the compositor.

Also, SKETCH STYLE can generate overrides for materials, which means some materials can be left as they are– like glass or reflective mirrors, while everything else is rendered with a basic occlusion shader. This is not possible in CHALK STYLE PRO– though by combining the render result of SKETCH STYLE (with no lengthy post Freestyle effects) along with CHALK STYLE PRO, you can achieve some amazing renders, like this one: 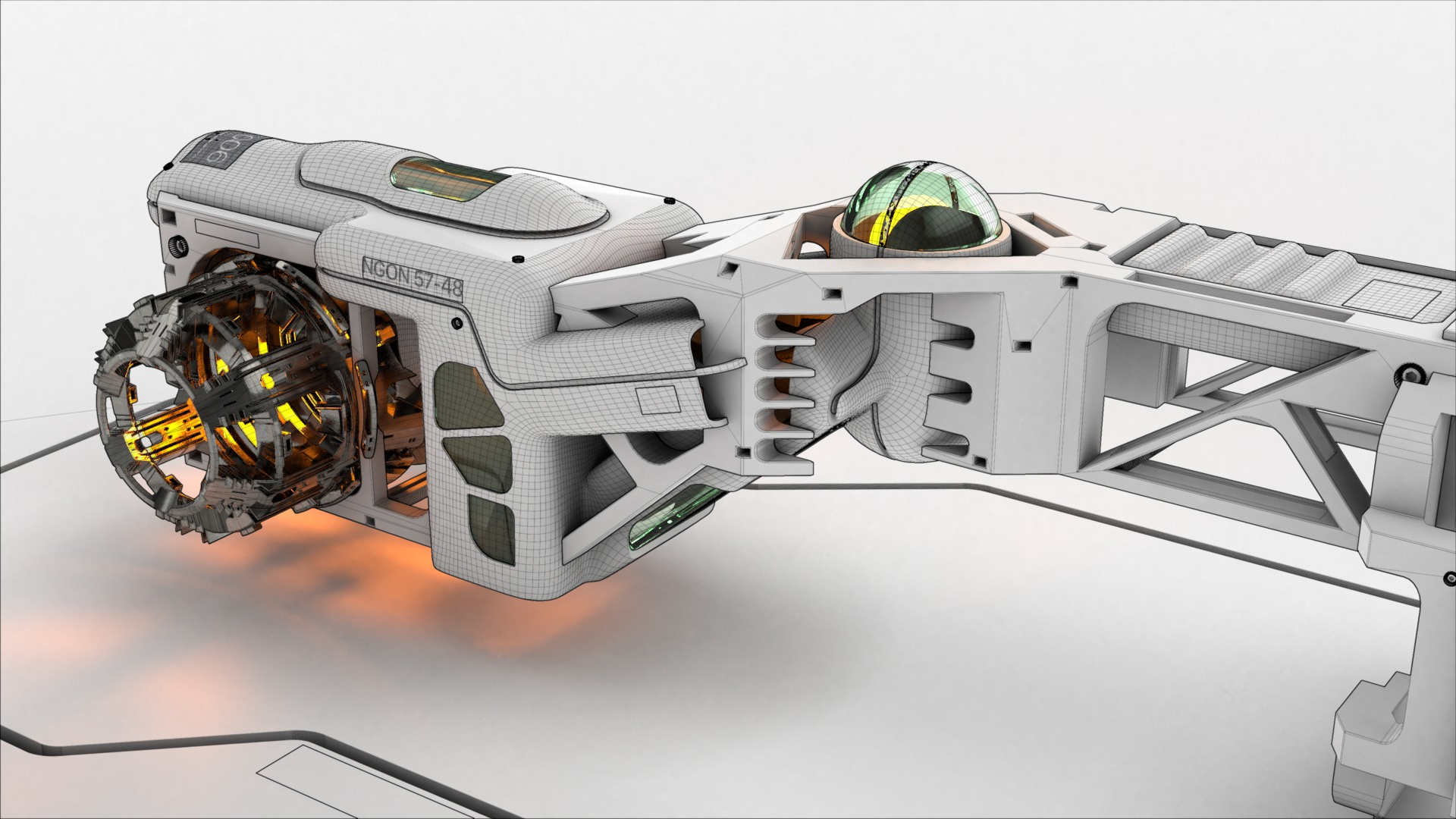 WHO is this addon for?

This plugin is targeted at concept artists, illustrators, product designers and architects who like the look of wireframe renders. This render style is great for preliminary design phases and is much faster and easier to setup than creating a photoreal render. Furthermore, clients have an inherent understanding when looking at a line drawing that they are reviewing only concepts and not final designs.

WHY create this addon?

Creating wireframe renders that look good is very difficult in Blender. There are over 50 separate settings which need to be adjusted to create the files needed for this type of rendering, then they need to be meticulously layered in Photoshop or other raster editor to create the final image.

Furthermore, each of the different renderings have different combinations of settings. It takes too long to switch and adjust them, then turn them back to their default values. This addon does all this work for you without ever affecting your current scene settings, making the process as simple as pressing a single button.

You can check out our documentation at: