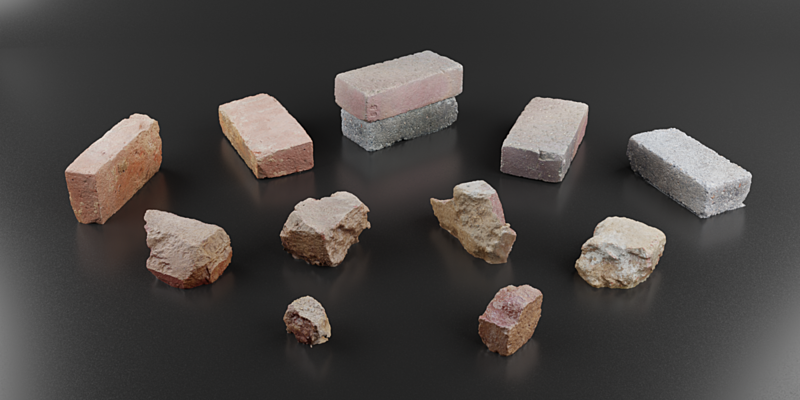 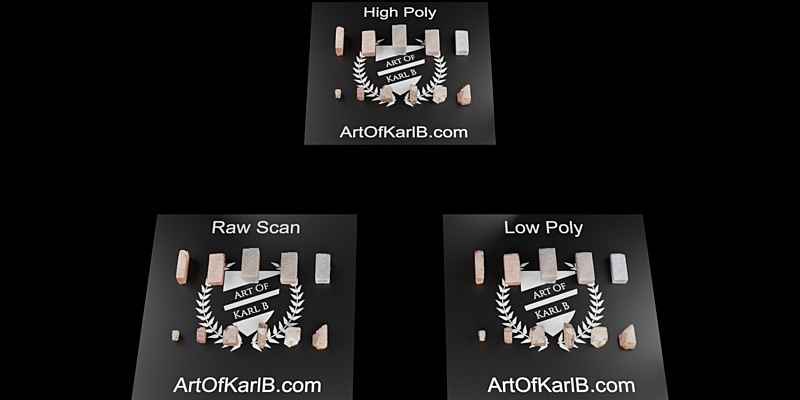 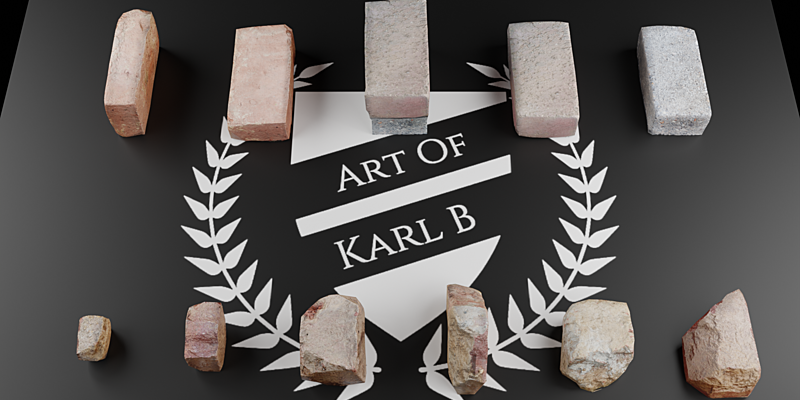 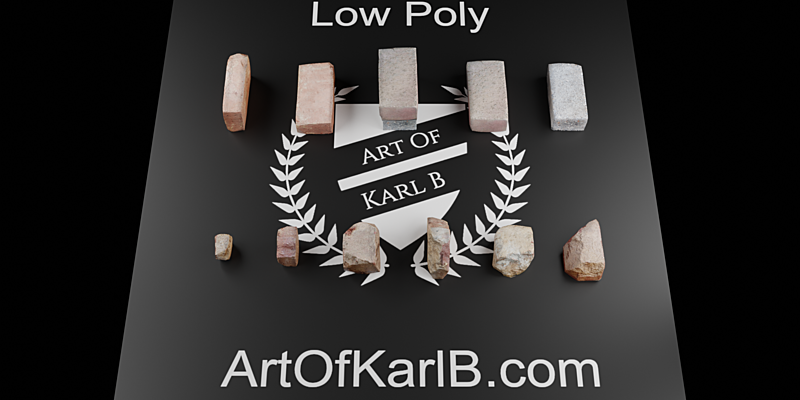 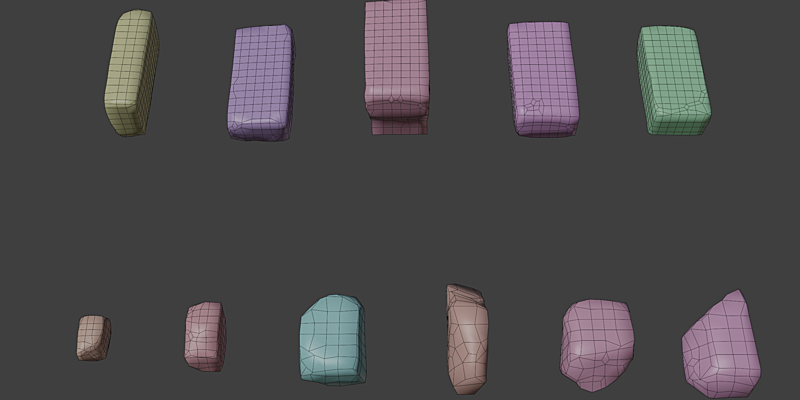 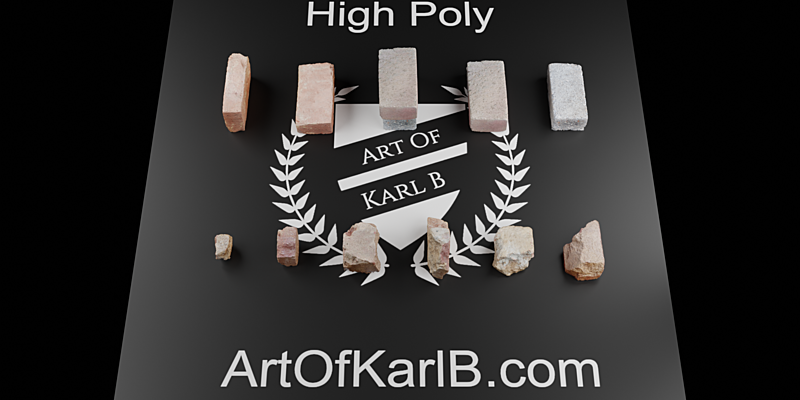 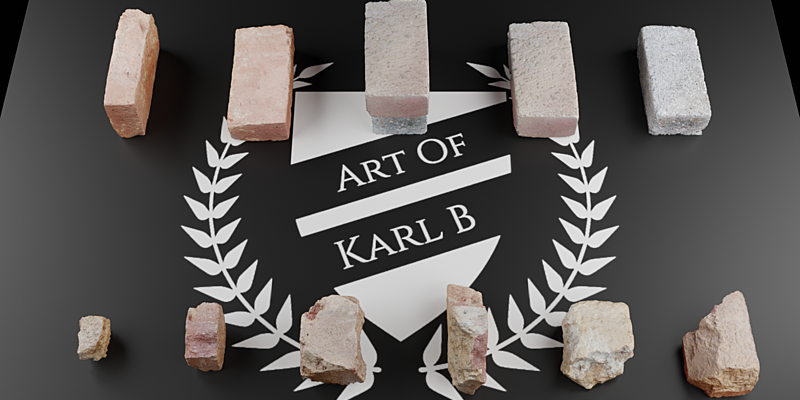 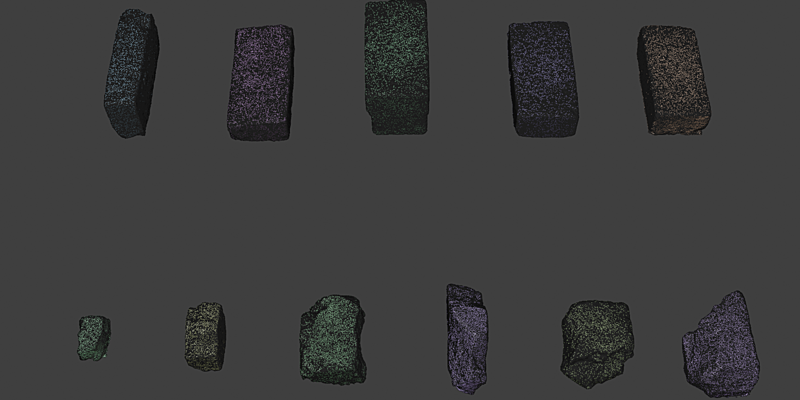 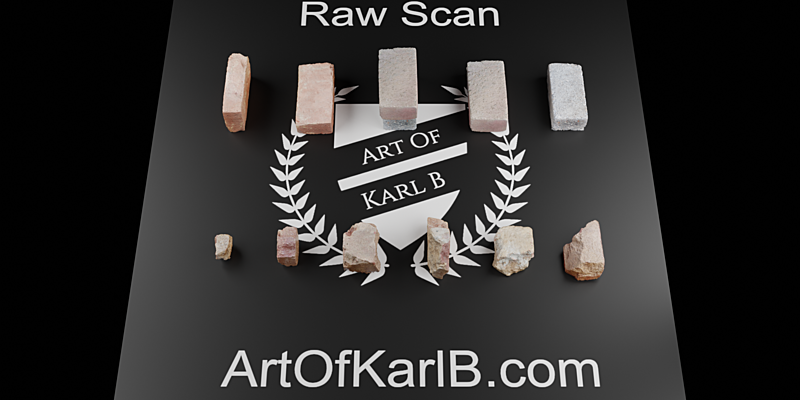 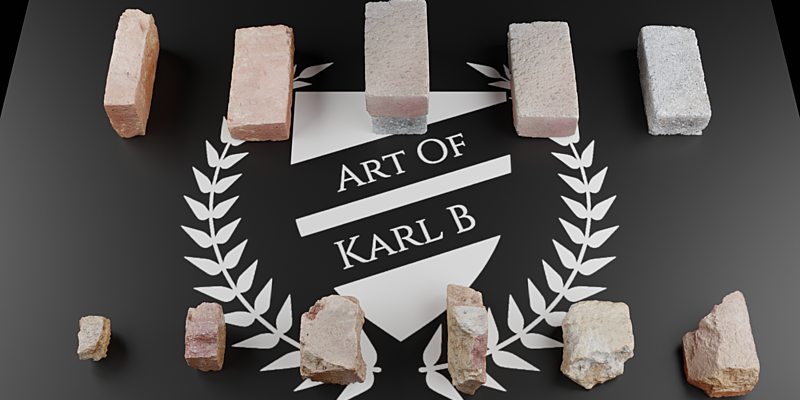 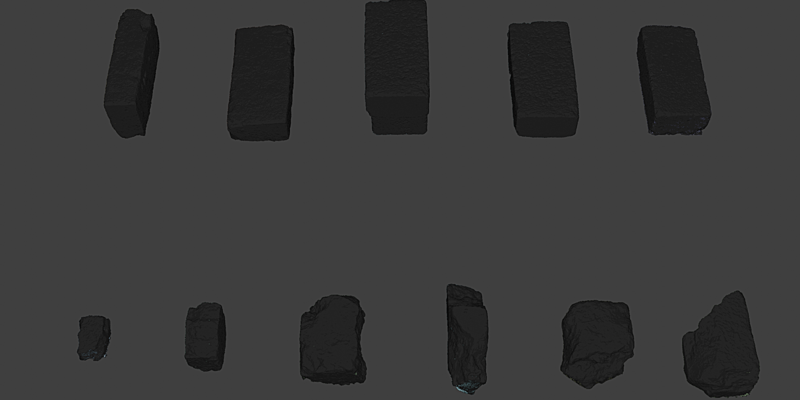 Real Rubble
These pieces of broken bricks are 3D scans from actual rubble. There are no materials that kind of match what bricks look like. Just the real photographed material on the actual scanned shapes, making them ideal to add to your photo-realistic ruins or for adding that little bit of extra filler for an outdoor environment.

About the models
This set includes three variants of eleven different chunks of brick rubble. Raw scans, a high poly set, and a low poly set. The low poly variants are all quad topology, while the high poly and raw scans are triangulated. The low and high poly sets utilize a 2K PBR texture set per object, while the raw scans are 4K. The largest and most dense model ranges from 1.25M vertexes in raw form, 63K as high poly, down to 428 in it's low poly version.

A little more detail.
The files you will be downloading are OBJ files, as well as .blend versions including all diffuse, normal, and roughness maps.