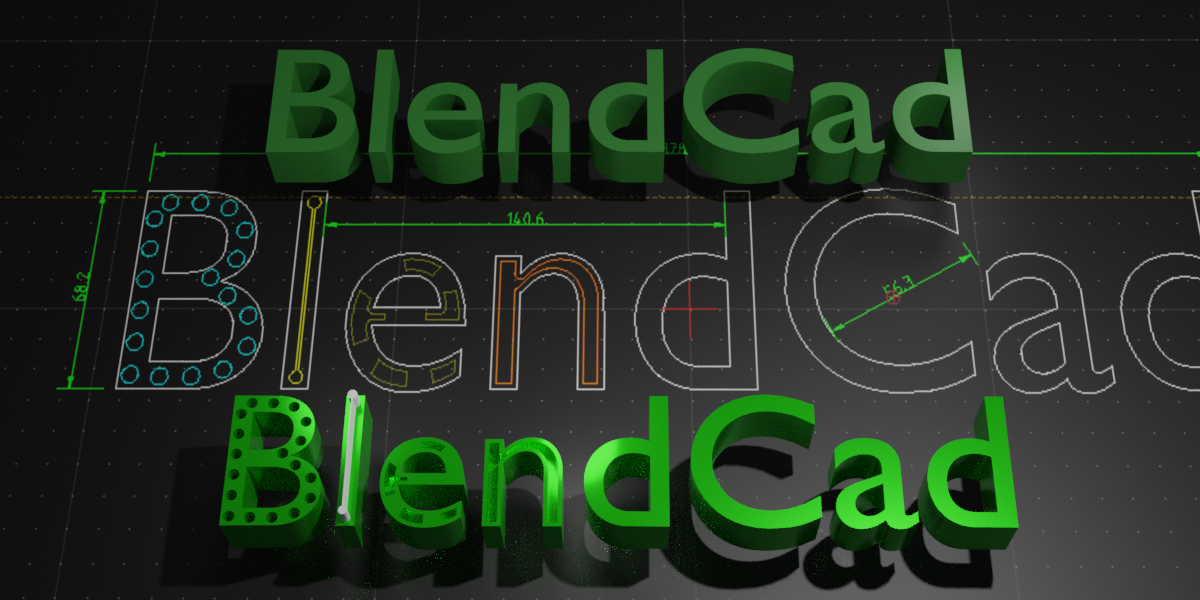 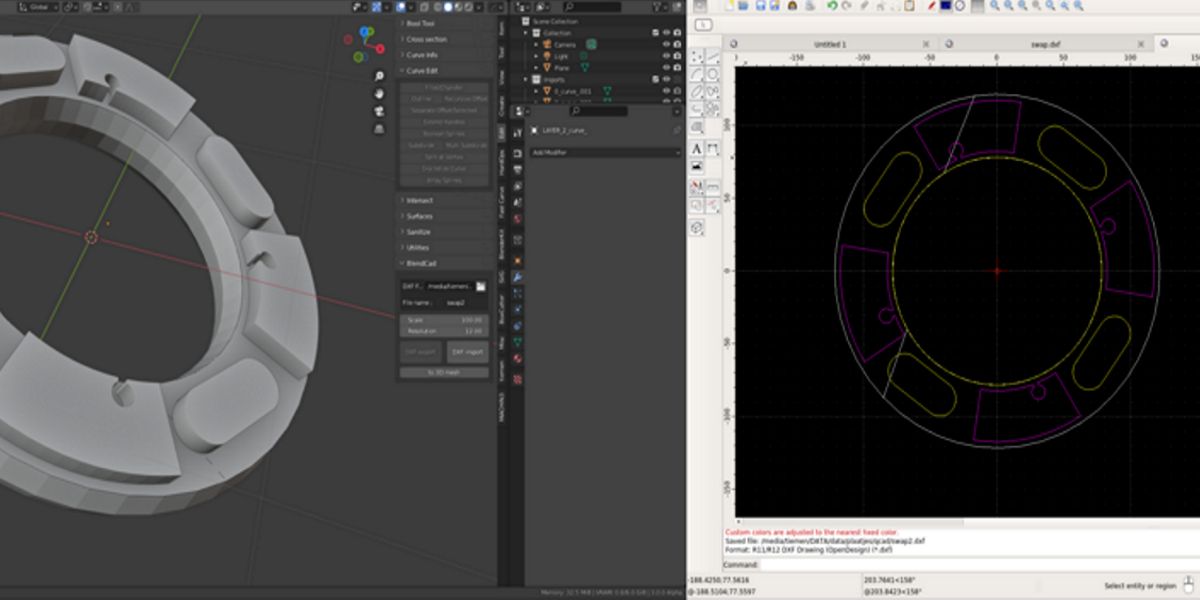 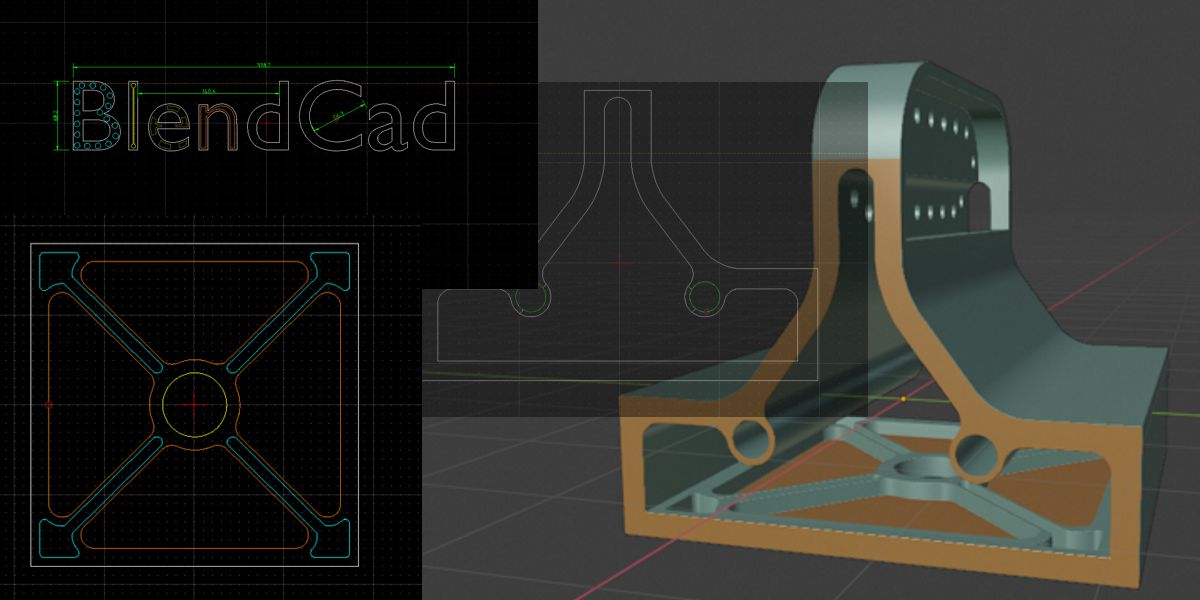 This addon is developed to make the interaction between blender and a cad program more easy. I use Qcad, I have tested a little with Librecad. You can choose any mesh plane (or multiple planes if they are coplanar) and export to the Cad program. There you can draw on the plane and when ready, import back to Blender. The drawing will be put on the starting plane.

This addon uses two addons that are shipped with Blender;

Be sure those addon are activated.

After installation you can find BlendCad View3D: 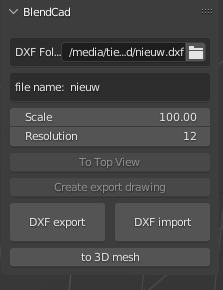 First choose or create a file where the dxf file has to be stored. This can be done in de DXF filebox. I used the name ‘swap’ because I often use the same file all the time, but any name will do.

The scale is to convert the blender units to the units in the cad program.

The imported drawing is first a curve, the resolution determines the division of the curve.

This is where the resolution of the imported curves is set. 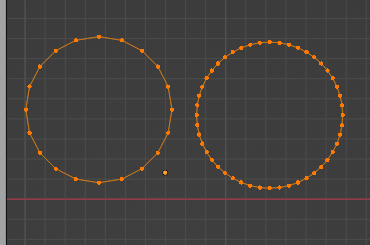 Now go to Edit mode and select the plane where you want to draw on.

Then press the DXF export button. Blender is set to object mode, because the new created drawing is a new object.

The exported part is marked green after the export.

The plane is saved in de DXF file, now you can open the DXF file in the cad program.

The exported plane will be shown , and you can start drawing.

Best practice to start drawing on a new layer. The contours of the original drawing should not be changed because they are used to reposition the drawing in Blender later on.

In the new layer you can also draw outside the original plane.

When ready, save the drawing and go back to Blender.

In Blender press the DXF import button, and the drawing will appear on top of the original plane. Every layer in the drawing is a new object. In the Outline there is created a new collection ‘Imports’, where the new drawings are placed. The drawings are meshed with no face.

Select one of the created objects and press; ‘to 3D mesh’.

The drawing will be transformed in a 3D shape.

In the pop up menu the height inside and outside the plane can be set.

If you want to use the new shape as cut boolean this is ‘inside’ will be the depth. 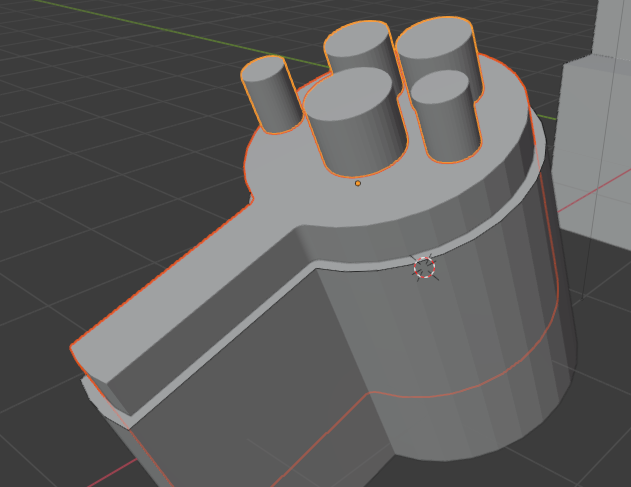 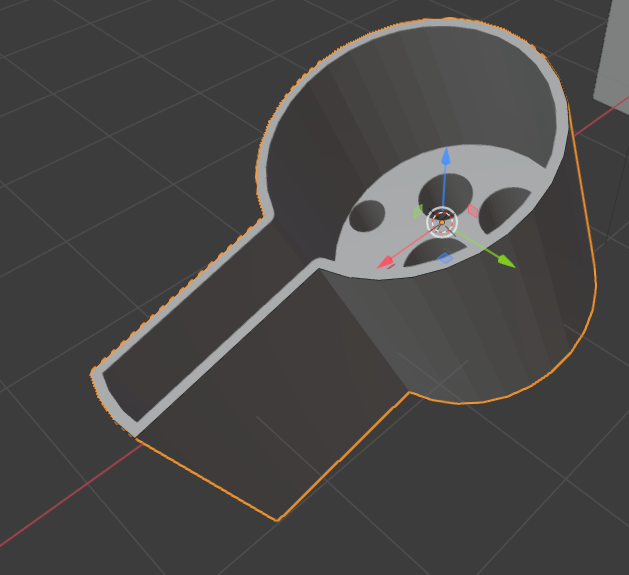 Sometimes you want to work in more than one plane, but the export plane has to be flat.

To make a plane of multiple planes that are not in a flat plane, you can use ‘Create Export Drawing’.

The active plane is the plane where all the other planes are projected to. 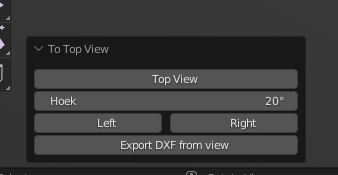 Sometimes the exported plane has an orientation in the CAD program other than you want.

If you export from ‘Top View’  the view in blender and the cad program is the same.

First select the plane(s) then press ‘To top view’.

In the pop up menu select ‘Export DXF from view’.

Before exporting you can change the orientation with left right angle.

If you have two screens you can open the cad program in one screen and Blender in the other screen, this is a very convenient way of working. When you want to add something to the cad drawing after importing in Blender that is no problem. Just add new things and import again. Only when you start working on another plane the data of the position will be lost.

-Finely be sure the rotation and the scale of the original object is applied.

-The file has to have the .dxf extention

- blocks in dxf file have to be made real before import

- I have not tested on a mac, only Windows and Linux

-Added the possibility to make a drawing, a collection of selected faces in one plane to export

-DXF blocks can now be imported. The blocks should be one layer. 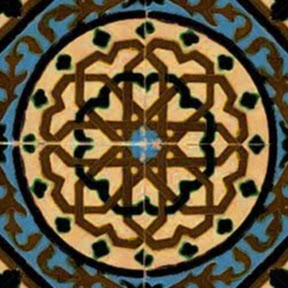