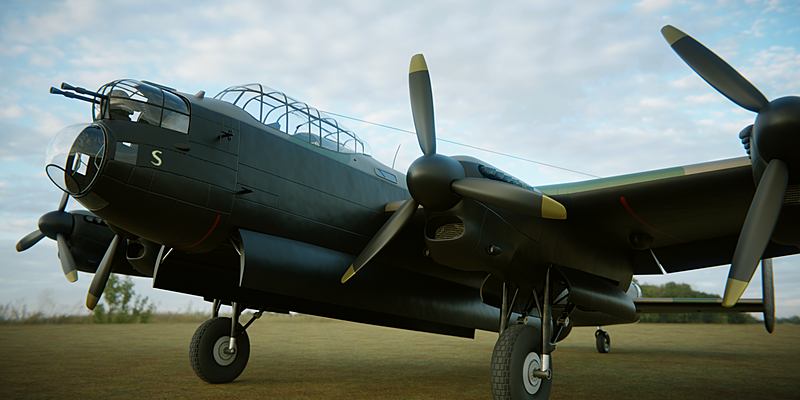 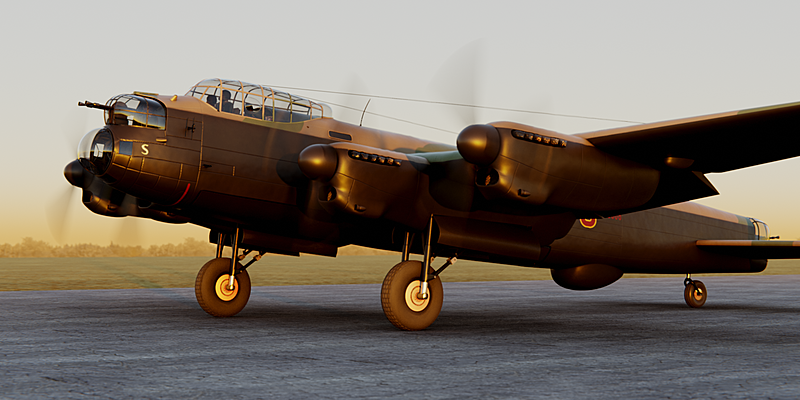 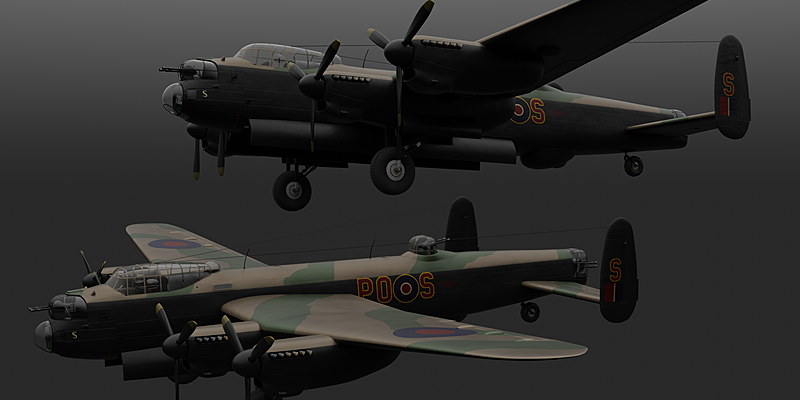 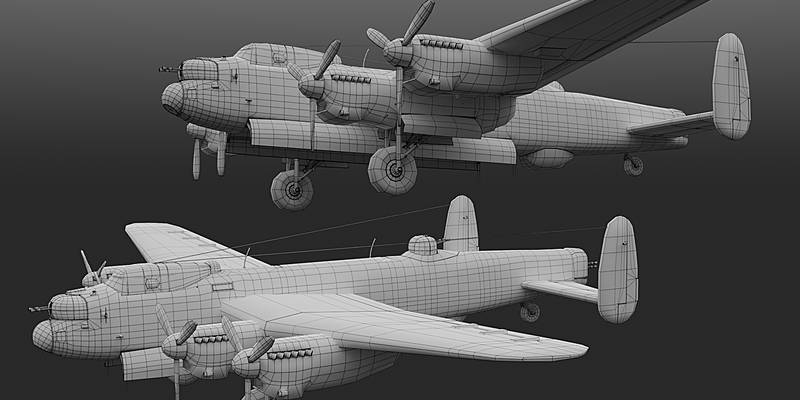 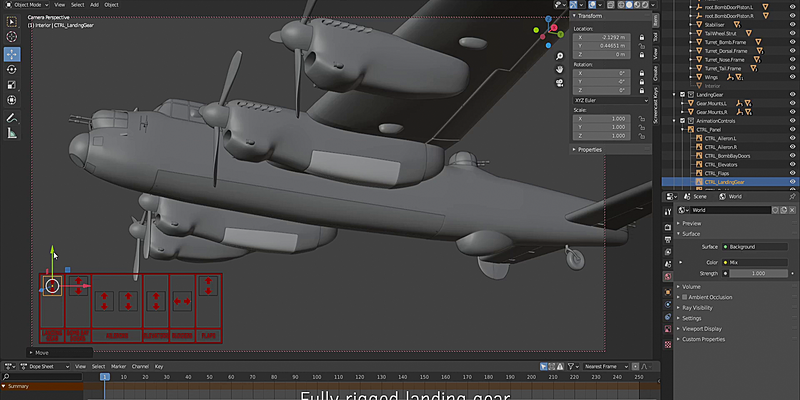 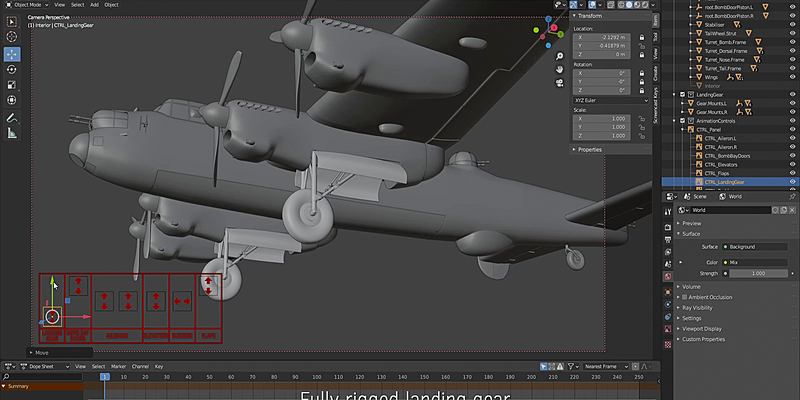 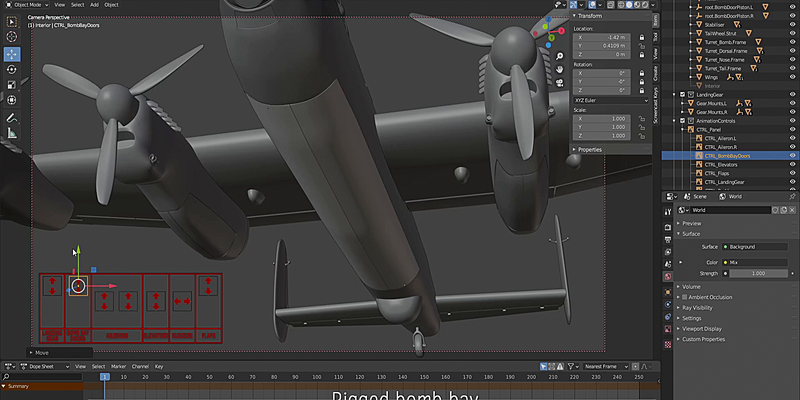 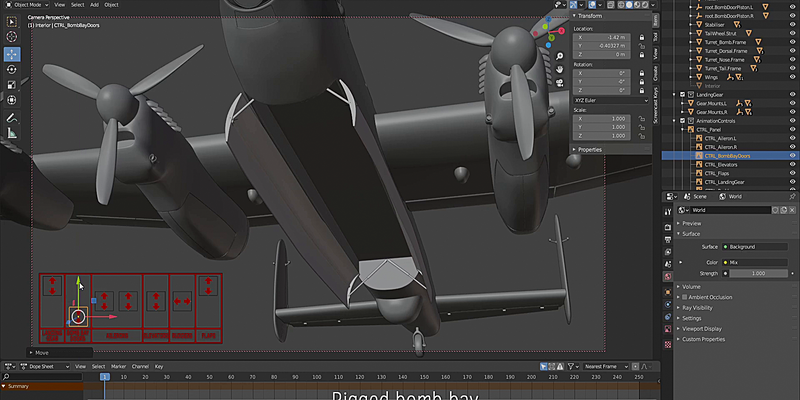 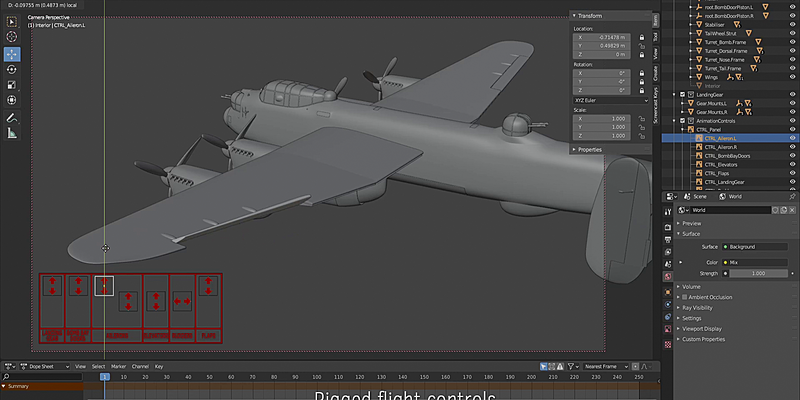 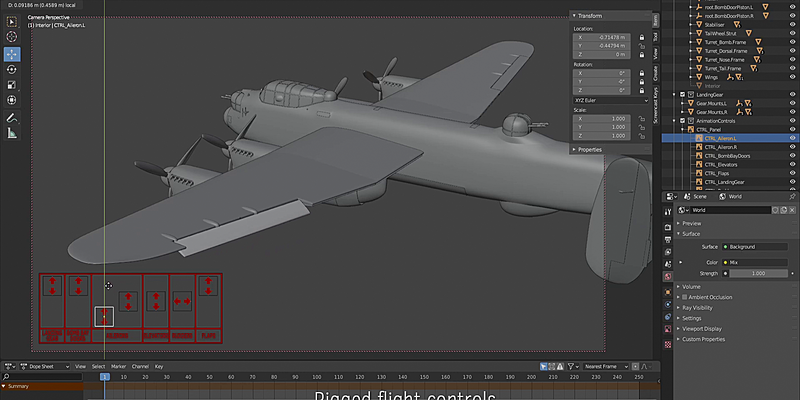 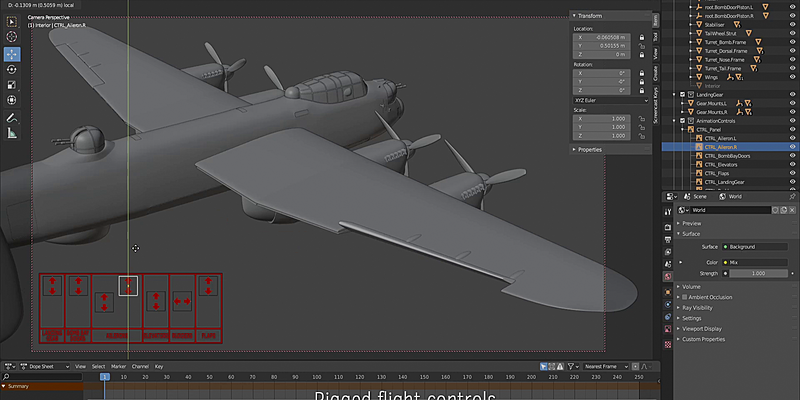 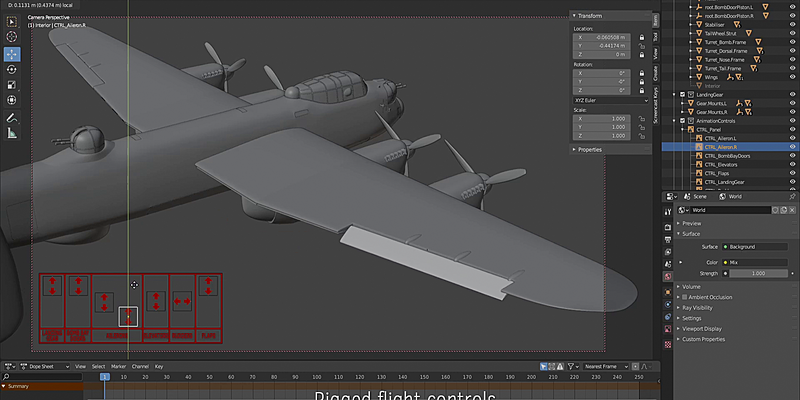 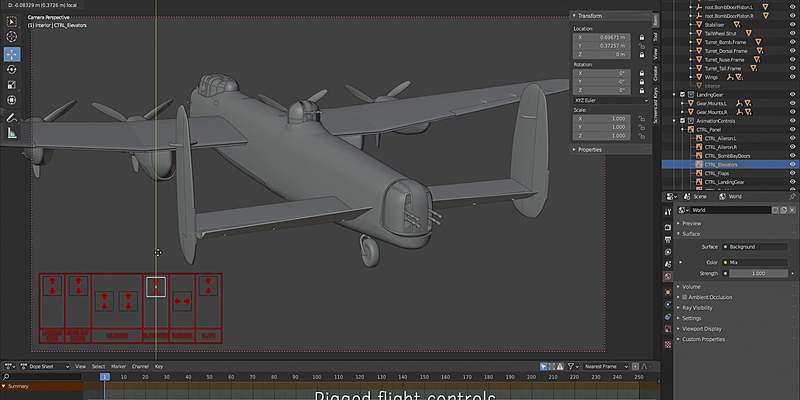 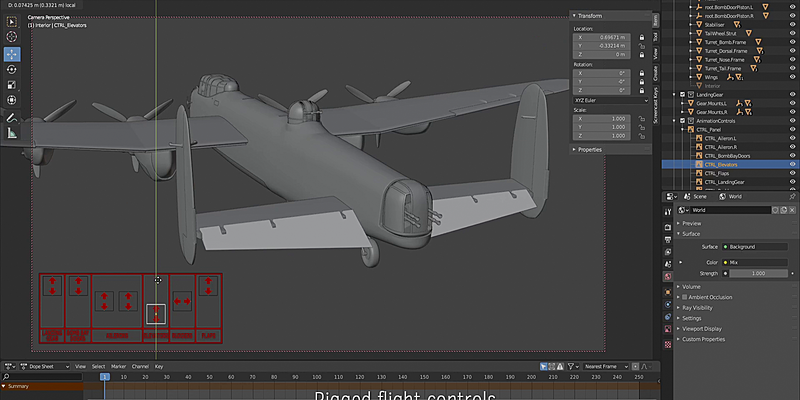 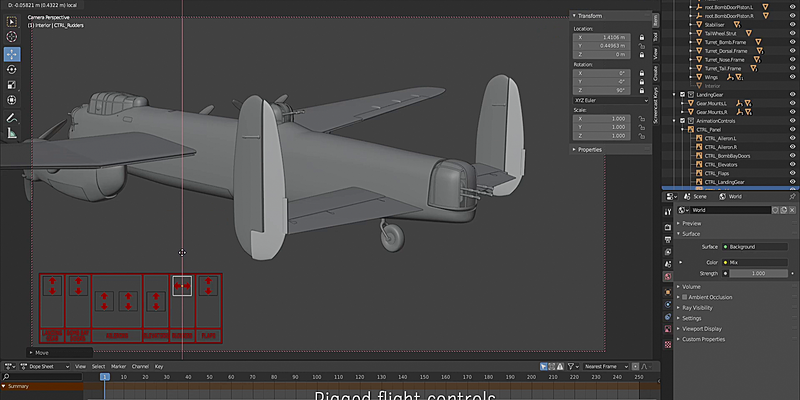 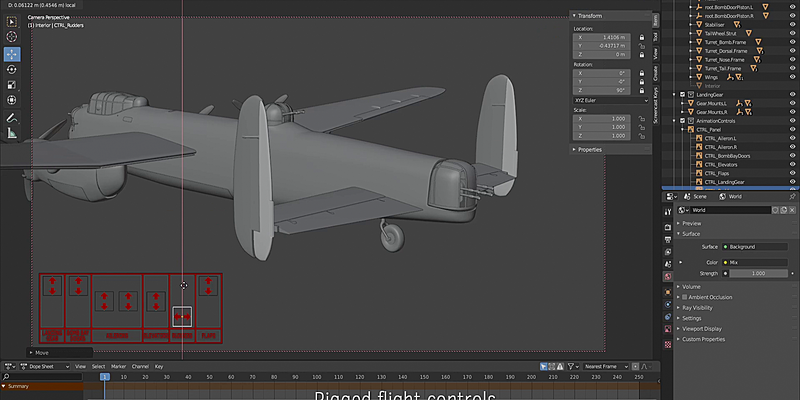 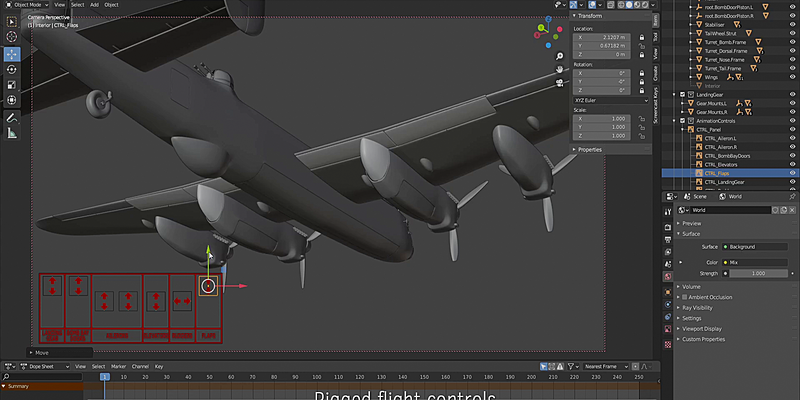 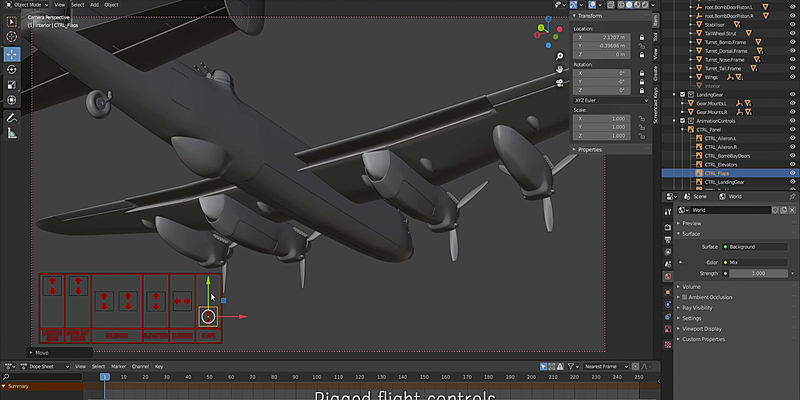 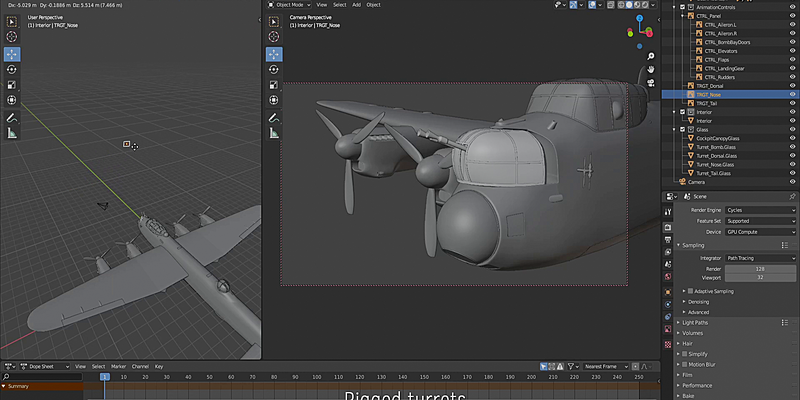 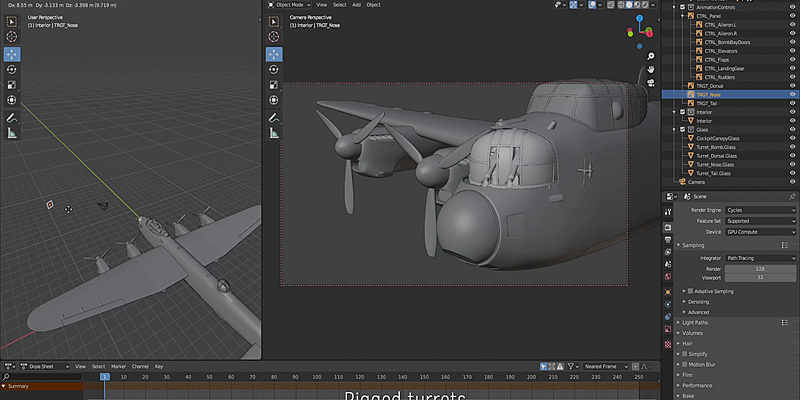 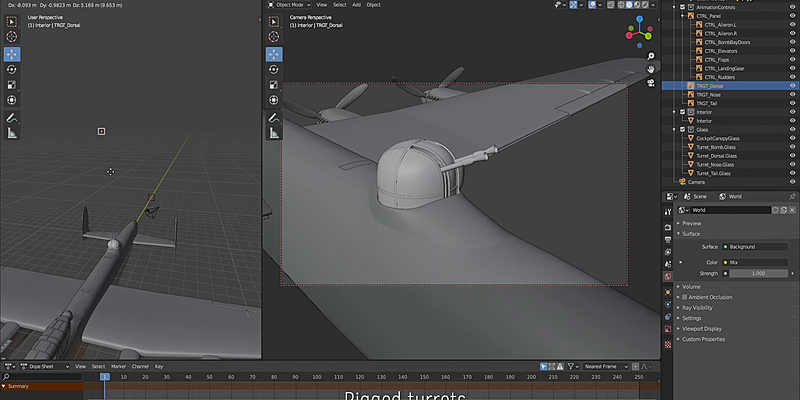 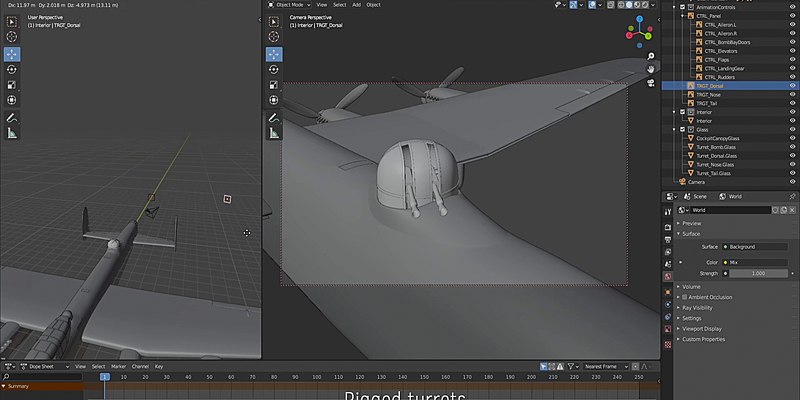 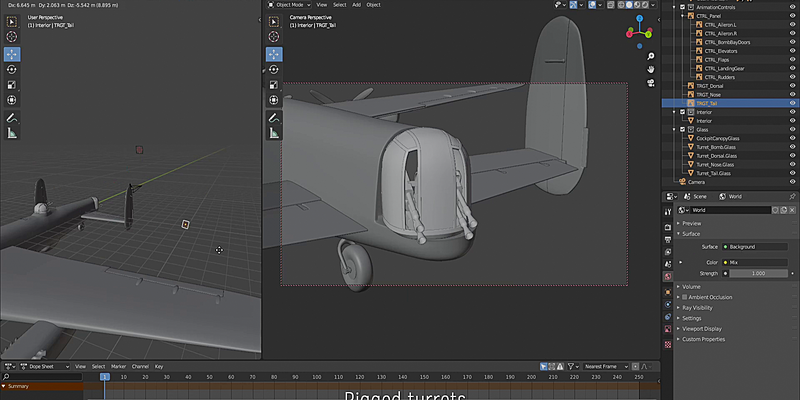 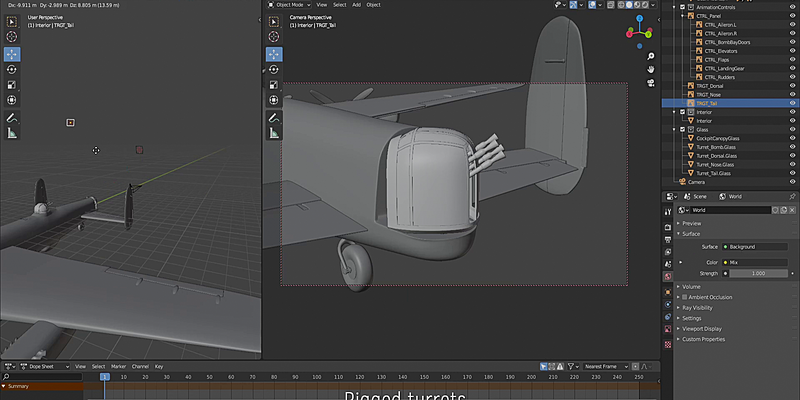 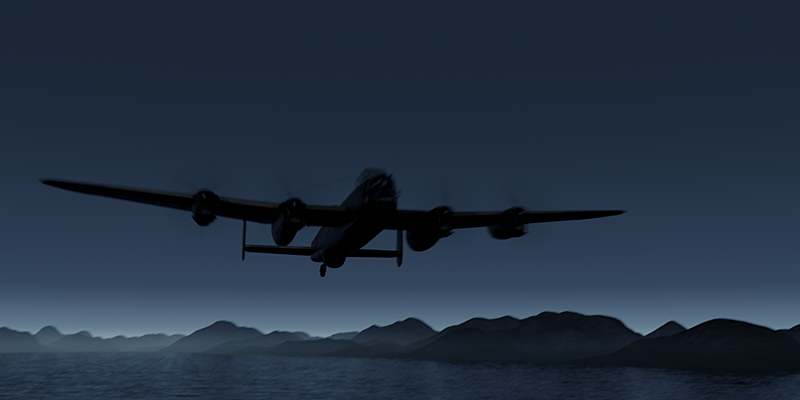 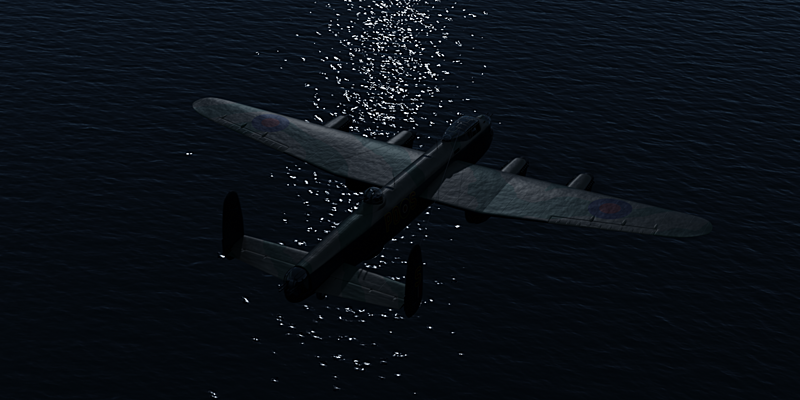 The model features a fully rigged landing gear with a single control to raise and lower it.  Additional controls are configured to animate the bomb bay doors, flight control surfaces, and the nose, dorsal and tail turrets (see the video preview).

The interior is relatively low resolution - it's intended just as something to be seen through the windows rather than the focus of any render.

The model features a simple glass material for the cockpit and turret canopies.  There are four PBR materials for the bodywork: one for the interior, one for the landing gear, and two for the rest of the exterior.  The landing gear and interior materials have 2k colour, metallic, specular, roughness and bump maps, the exterior materials have 8k colour and bump maps and 4k metallic, specular and roughness maps.

The colour scheme is based on the surviving aircraft on display at the Royal Air Force Museum at Hendon, London.  Also included in the download is a Photoshop file for the exterior texture maps with the base colour, decals and dirt layers separated to make it easy to change the paint scheme or registration numbers.

The textures won't stand up that well to extreme closeups, the model is intended to be viewed from far enough away to see most of the structure.

Note: The environments and crew figures shown in some of the preview images are NOT included.