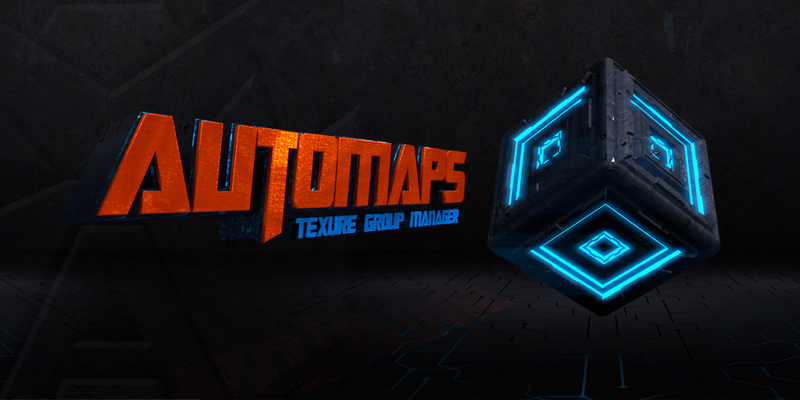 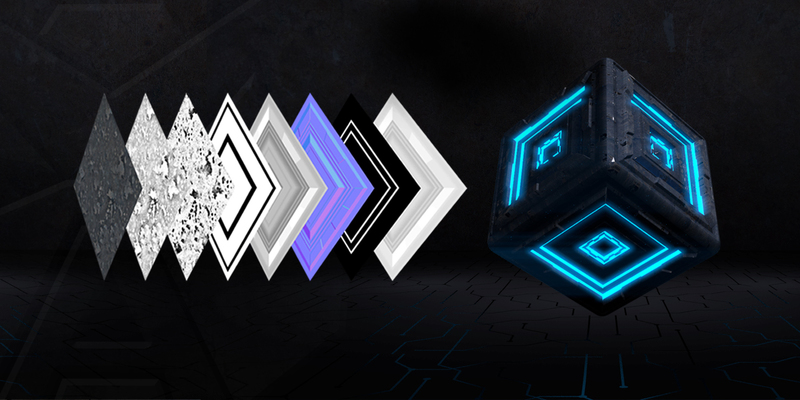 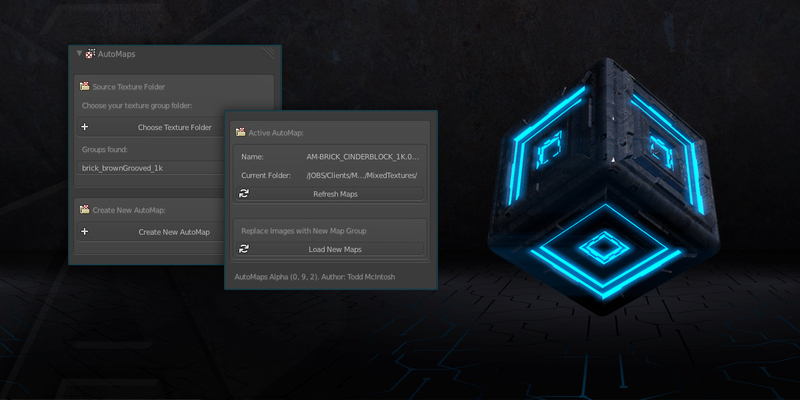 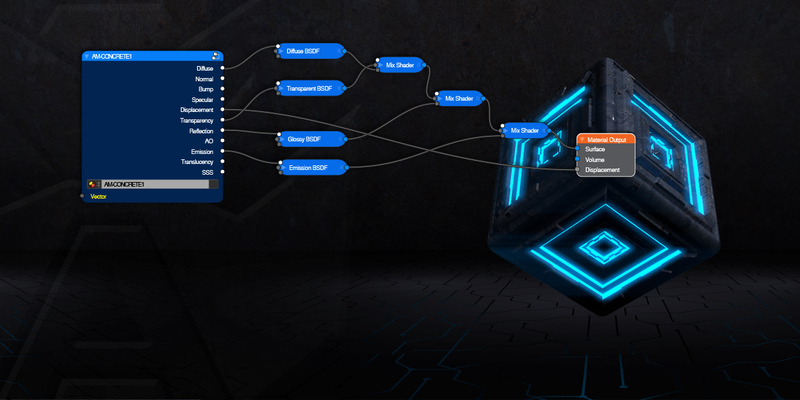 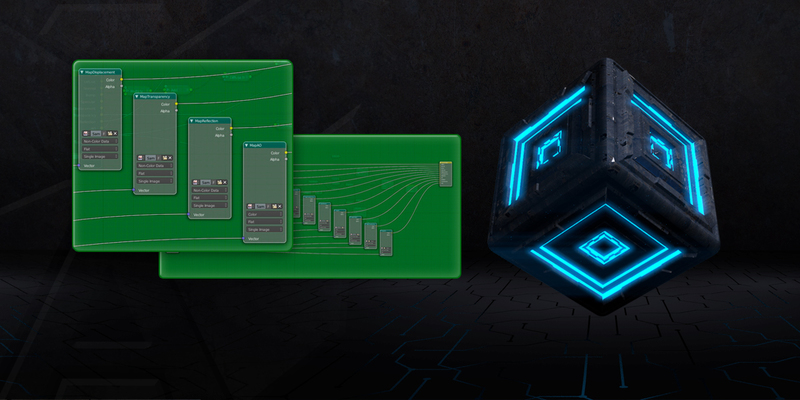 AutoMaps is a new Blender Addon that allows easy management of groups of texture maps. It is especially useful in your pipeline if you are working with materials with multiple image textures.

What does it do?

Here's how it works

You can use the addon to automatically load all the textures into a group node by selecting the corresponding texture folder. Then Automaps reads the filenames in the folder and determines the purpose of each file by the name pattern (ie. sample_DIF.png, sample_BMP.png, sample_DSP.exr, etc.). It then loads each image into the corresponding image node inside the AutoMaps group node and hooks up each output for the node. You can then plug in each image type into the rest of your shader setup easily.

What are the Benefits of using this Addon?

The benefits of this tool become clear particularly when creating custom textures in image editing apps such as Photoshop or Gimp. Often times, changes to the main Diffuse/Colour map requires changes to other dependent maps such as Bump, and Reflection. Once you output your updated maps, one click in the AutoMaps tool in Blender reloads the entire group of images, saving you that little bit of extra time in your workflow.

What Image Types are Supported?

Currently any image format that is supported by Blender can be used as long as the naming convention used is supported (see documentation). GameTextures.com: Texture maps by GameTextures.com are currently supported. Grab their free Urban Textures pack and try it them out with this Addon!

What are people saying about the Addon? 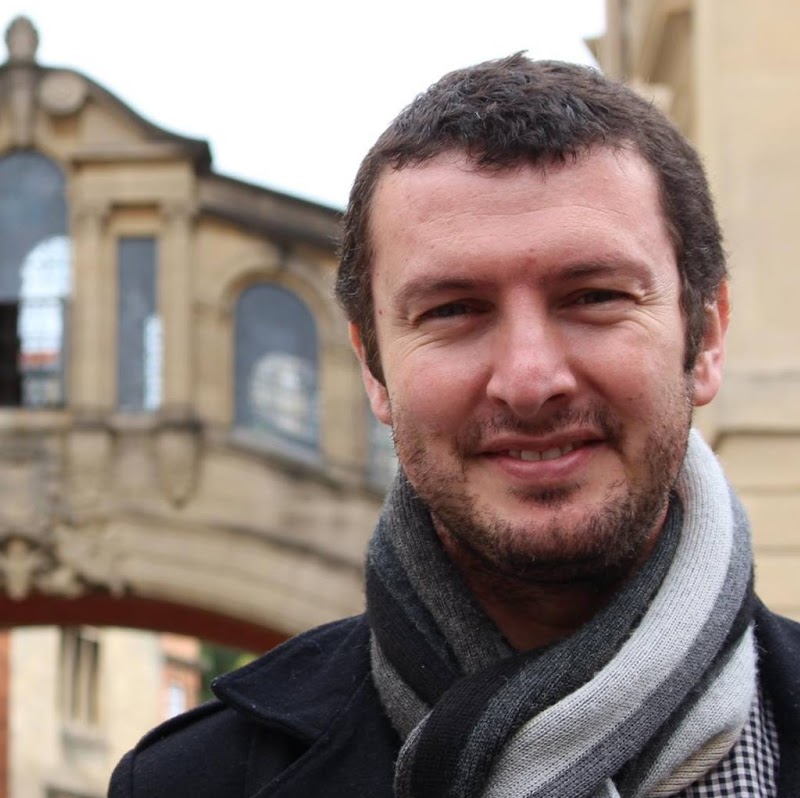 Paul Caggegi, Creator of the Pandeia Comic Book Series writes: "I am constantly developing ways to cut down on the steps needed to produce an image for my comic, Pandeia. I am currently working on some set pieces which require several similar objects in shot, but which I want to vary on the fly. I trialed the AutoMaps plugin on a WIP set to retexture a bunch of crates. I managed to get the results I wanted in record time. Producing backgrounds and prop variation for set dressing this quickly means I can deliver shots which bring a reader into my world so much more completely. Already familiar with node set ups, the initial work needed to establish an easy-to-use texture switch means far less work down the road when finessing shots on the fly. I look forward to using this plugin extensively on Pandeia: Book II"

Are there more features and development planned?