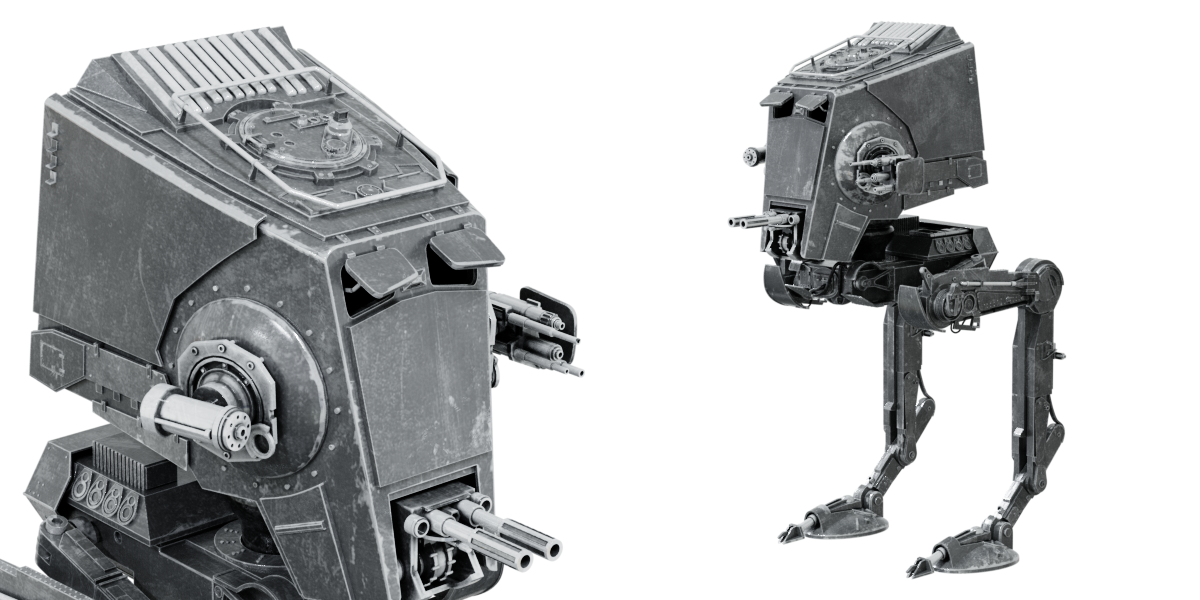 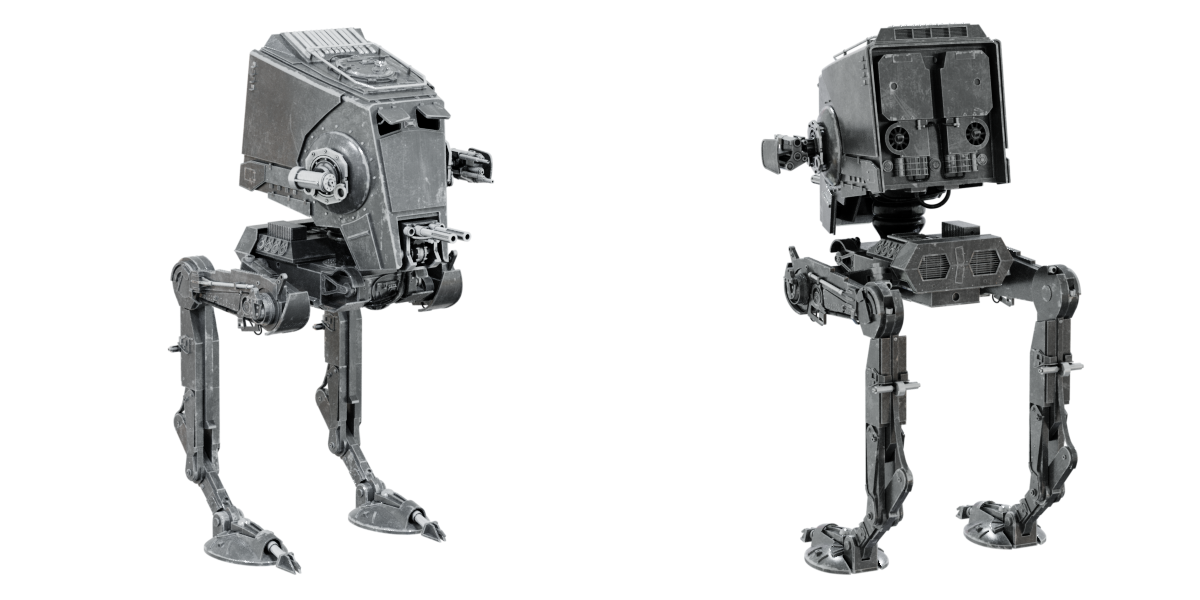 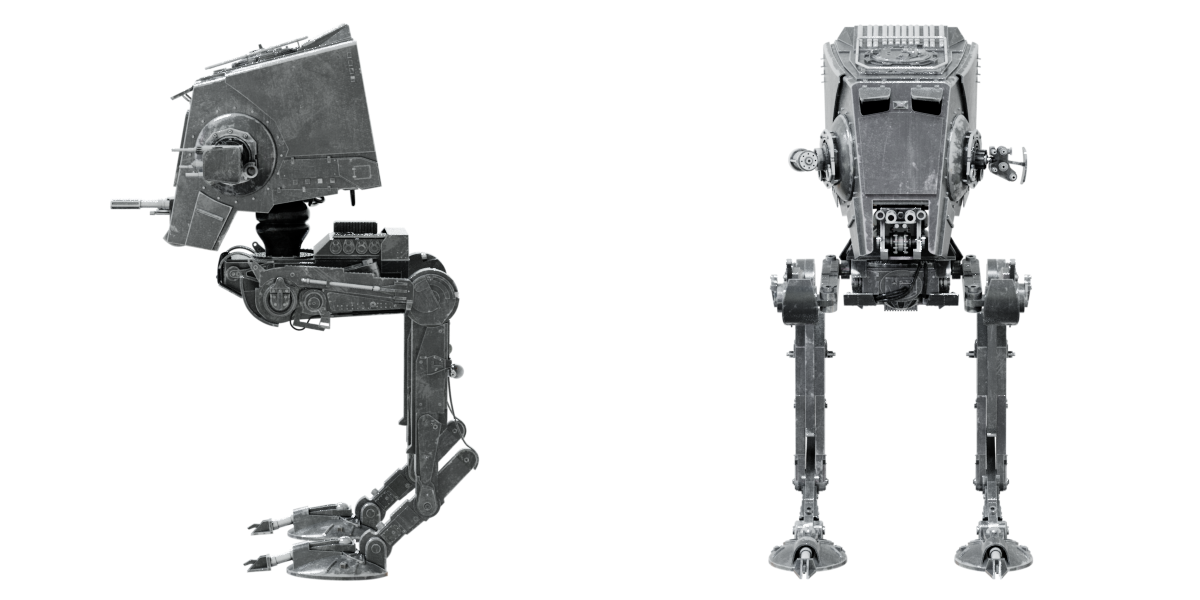 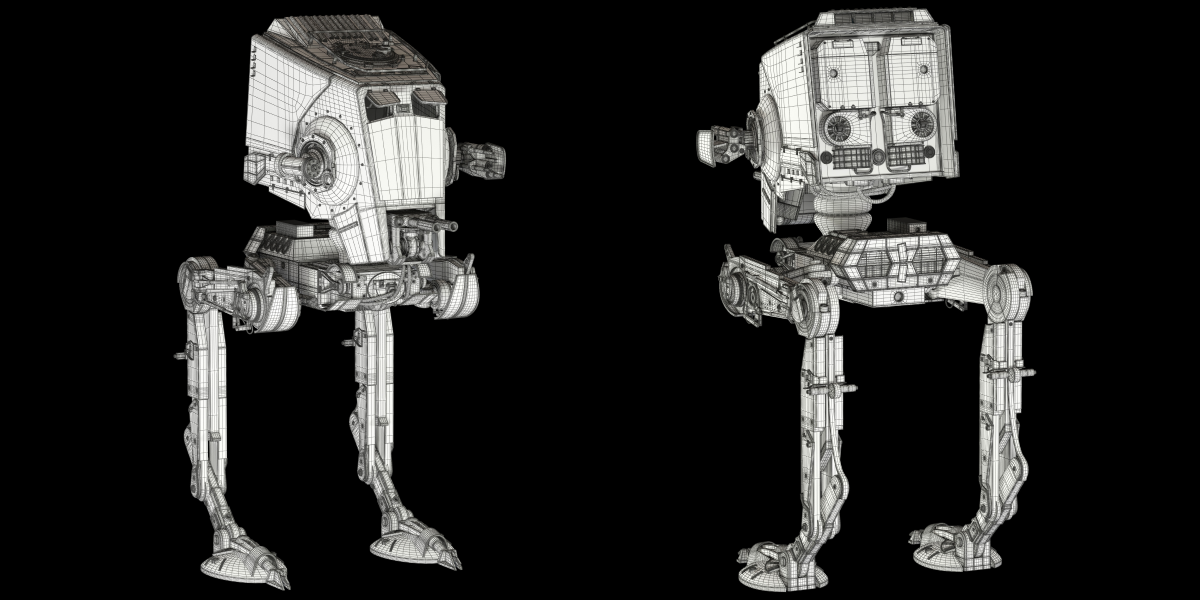 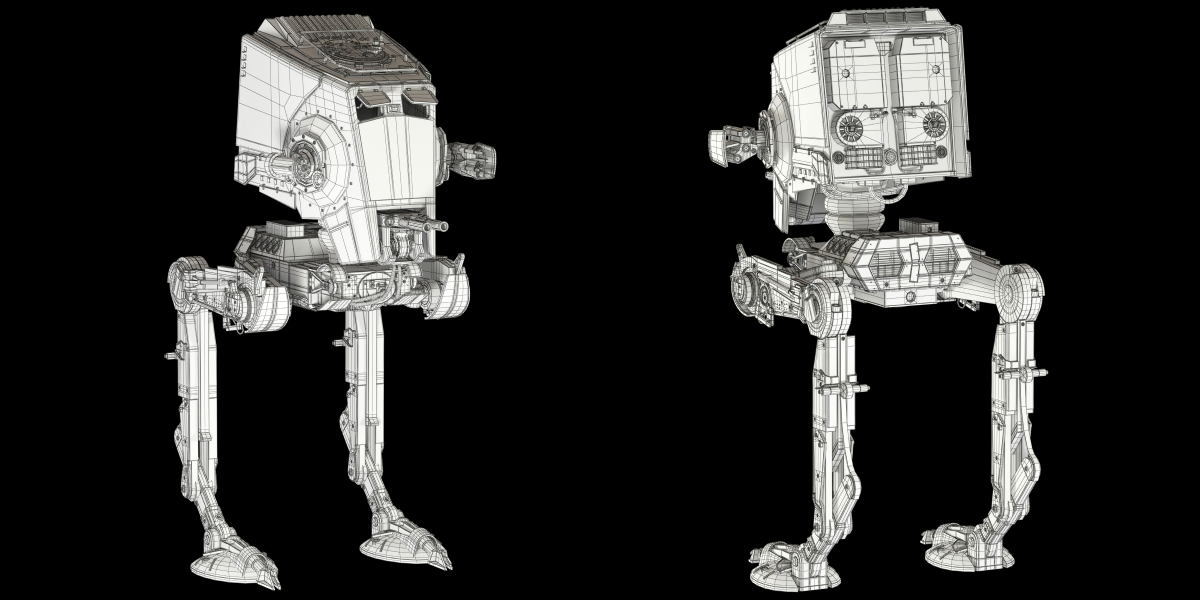 The file consists of:

While not as imposing as its larger AT-AT walker cousin, the AT-ST nonetheless served as a significant addition to the Imperial side of battlefields in the Galactic Civil War. The two-man craft is lightly armed with chin-mounted laser cannons, and side-mounted weapon pods. The two-legged transport, dubbed the scout walker by many, serves as a reconnaissance and patrol vehicle, often flanking approaching AT-ATs and mopping up infantry that sneaks past the larger walkers. The Imperials used AT-STs in both the Battle of Hoth and the Battle of Endor.

Rogue One: A Star Wars Story