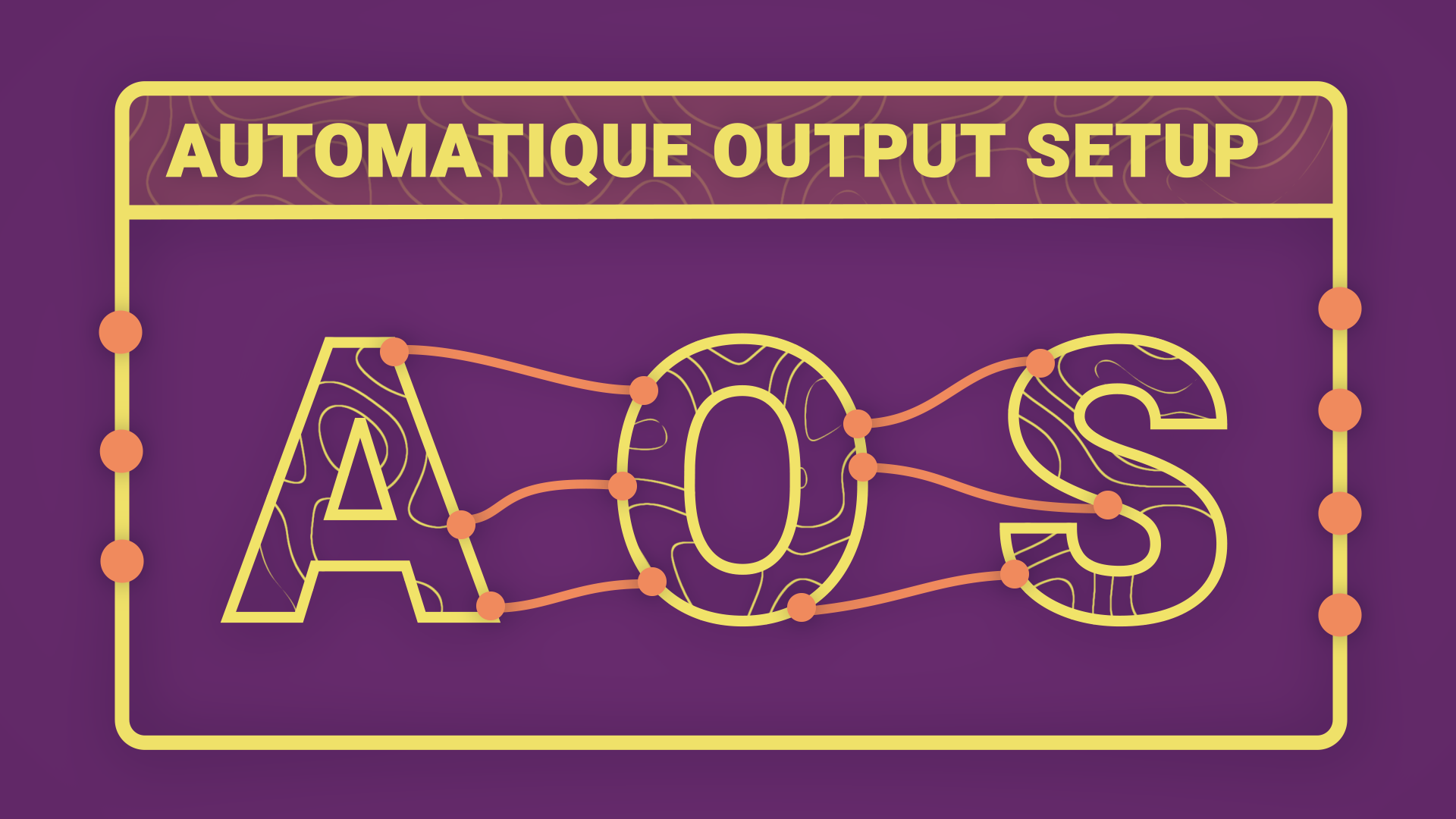 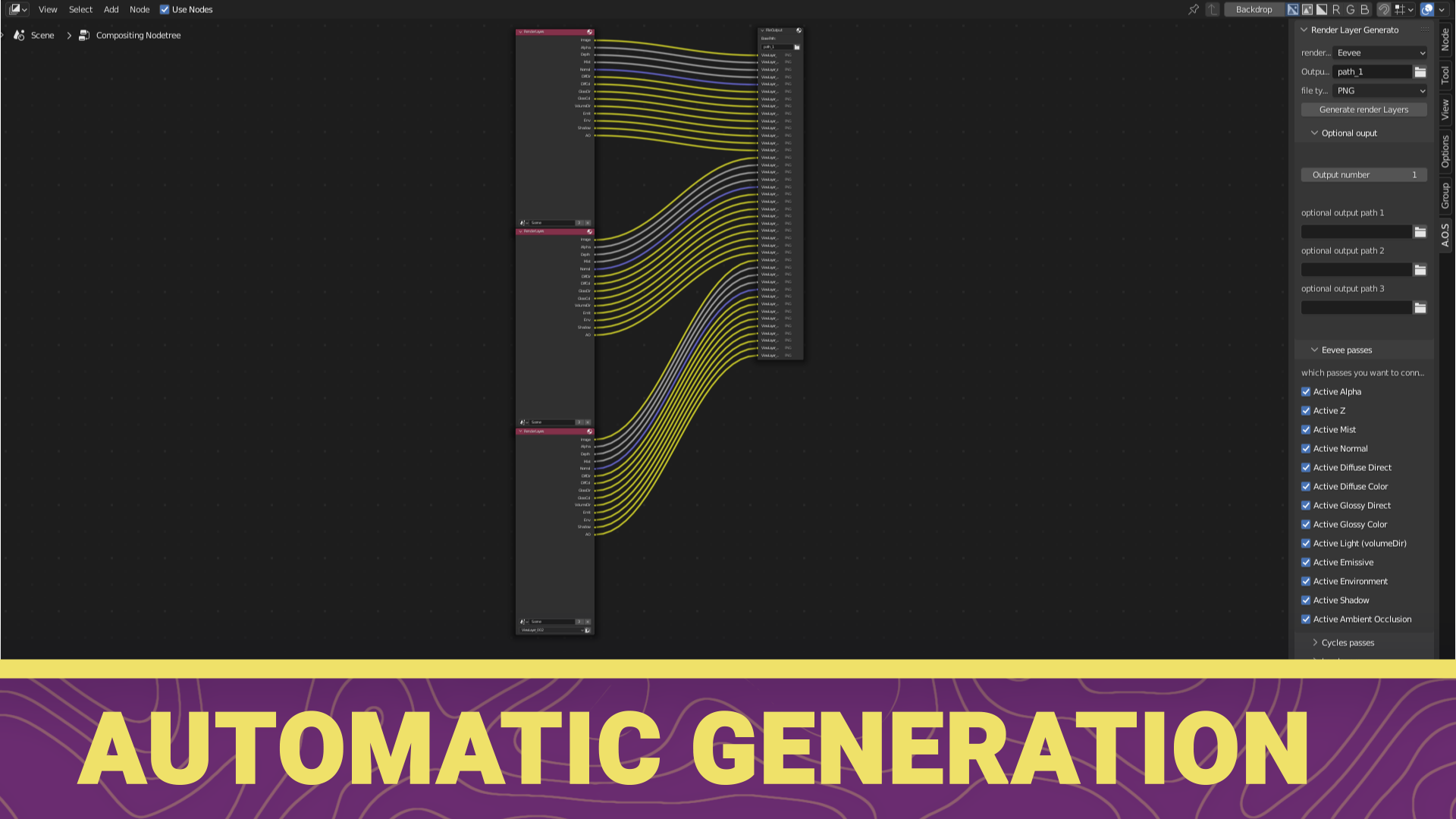 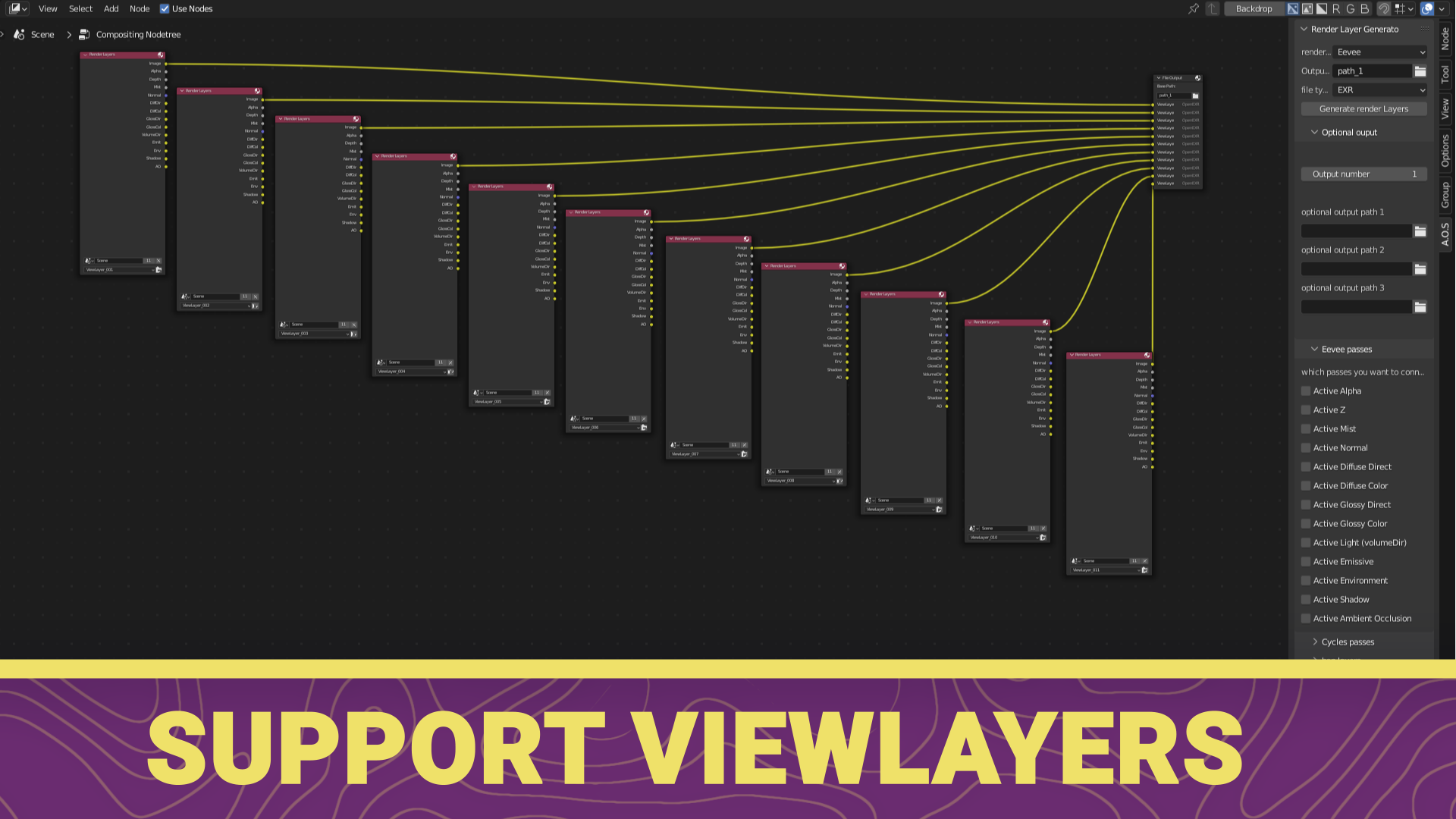 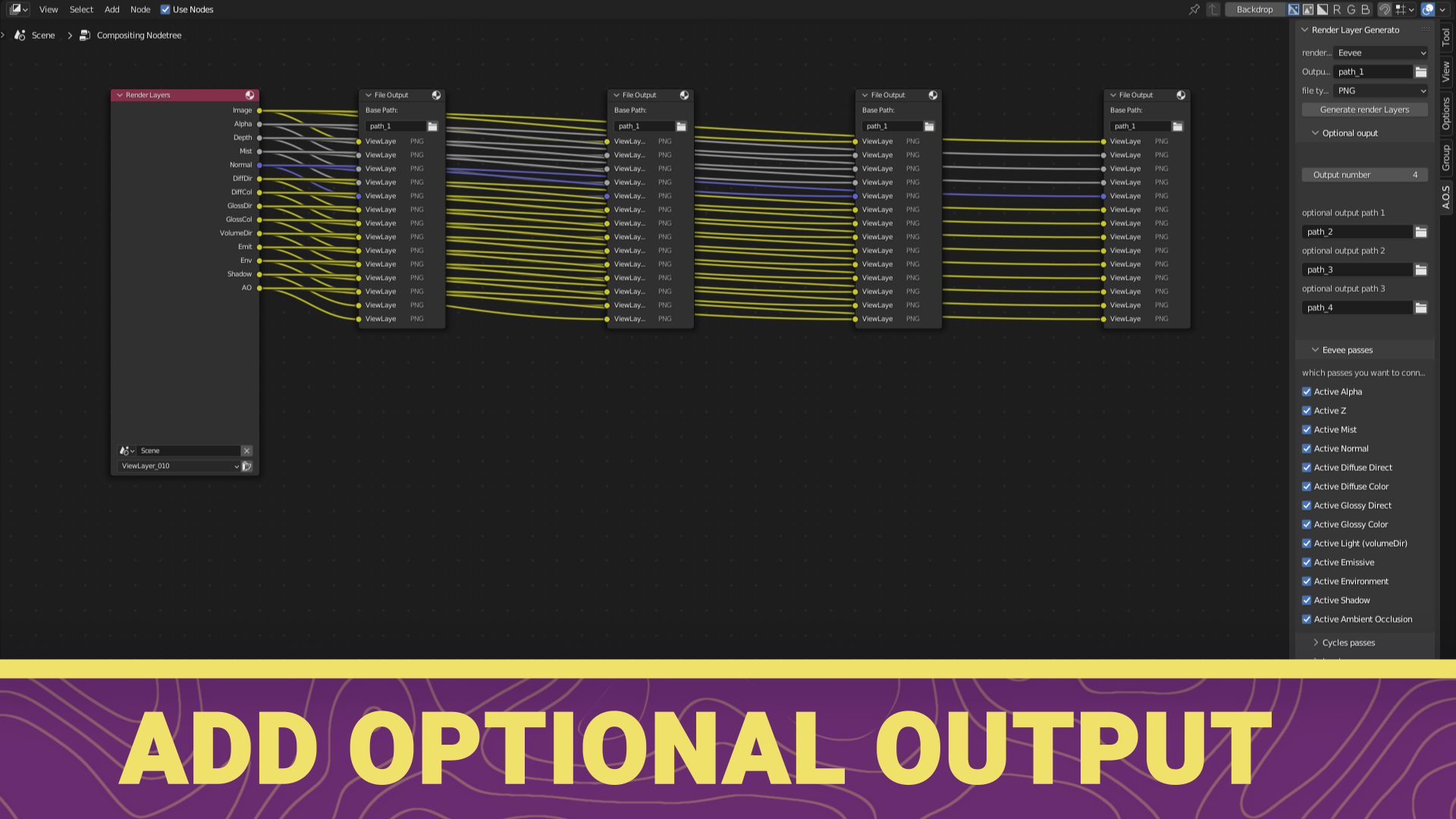 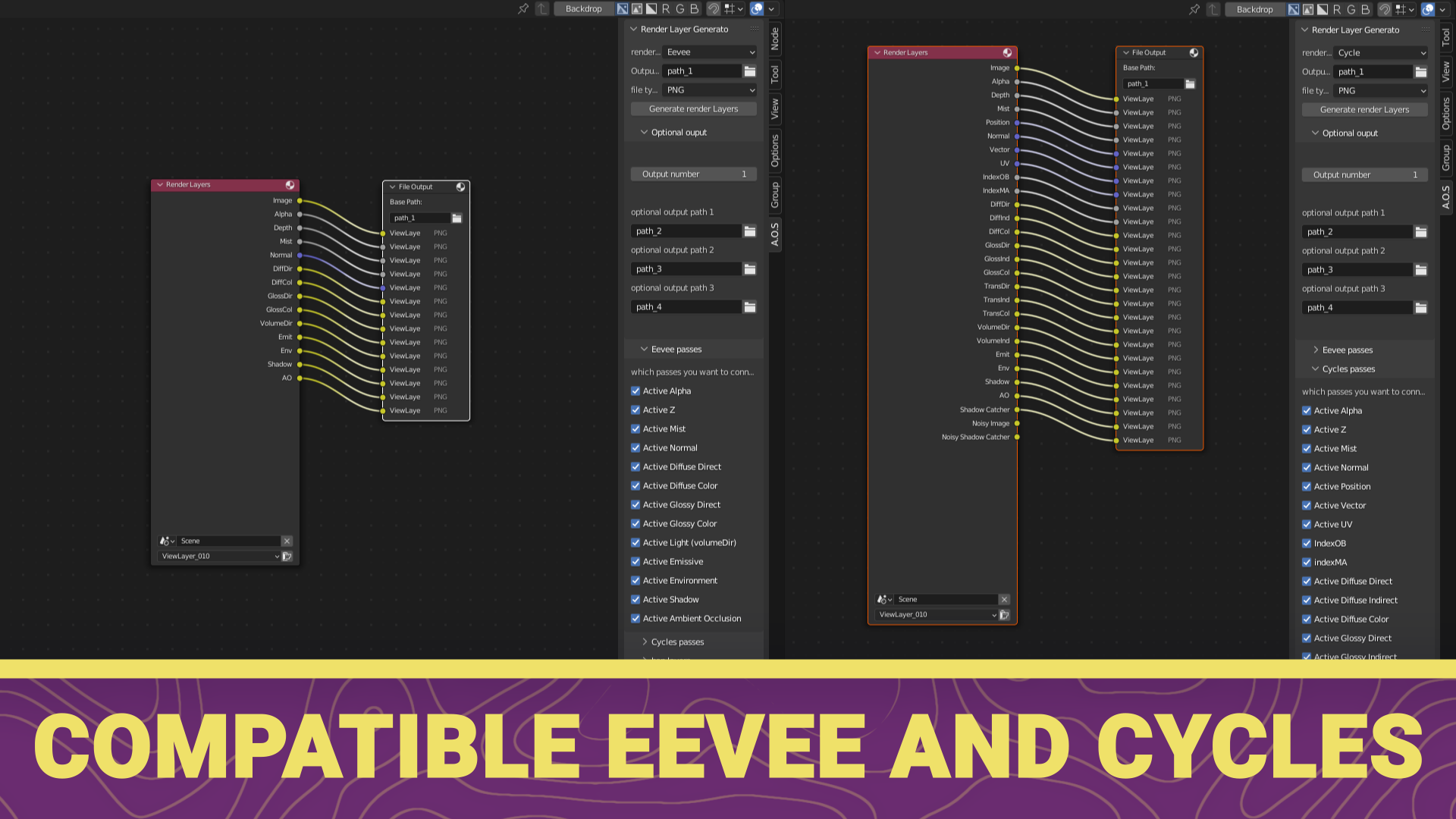 A.O.S(Automatic Ouput Setup), is an addon that automates the setup of node trees for output in Blender:

The first and main tool is the automatic generation according to several parameters like (the render engine, the type of file, and the output path)

Multiple output, you can select the number of file output, and the path of each one

if you select png format and activate the passes you want in cycle passes or eevee passes according to render engine selected, A.O.S will generate and auto-connect the passes to autamatically named output according to the passes

Ban viewlayer if you don't want to output it, 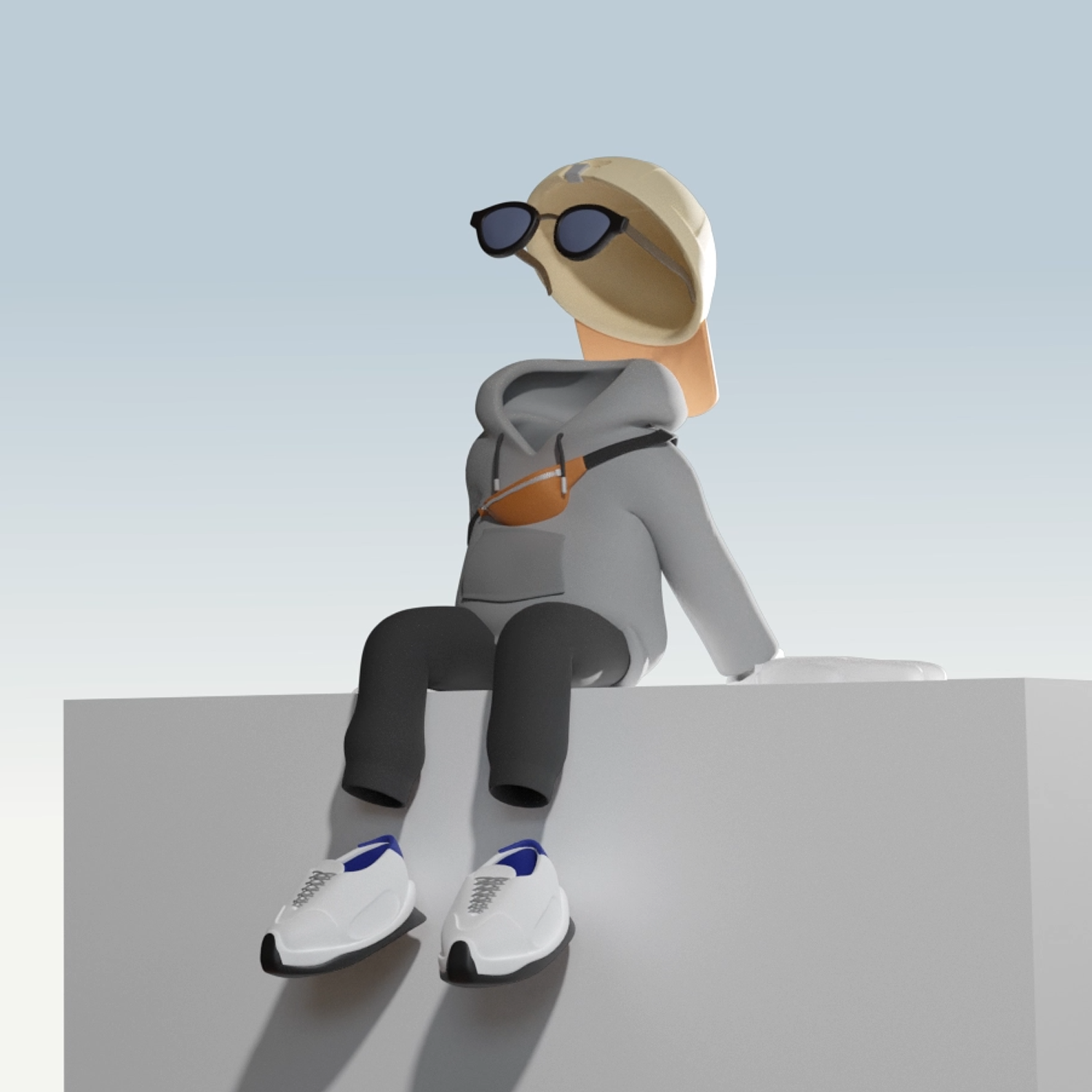