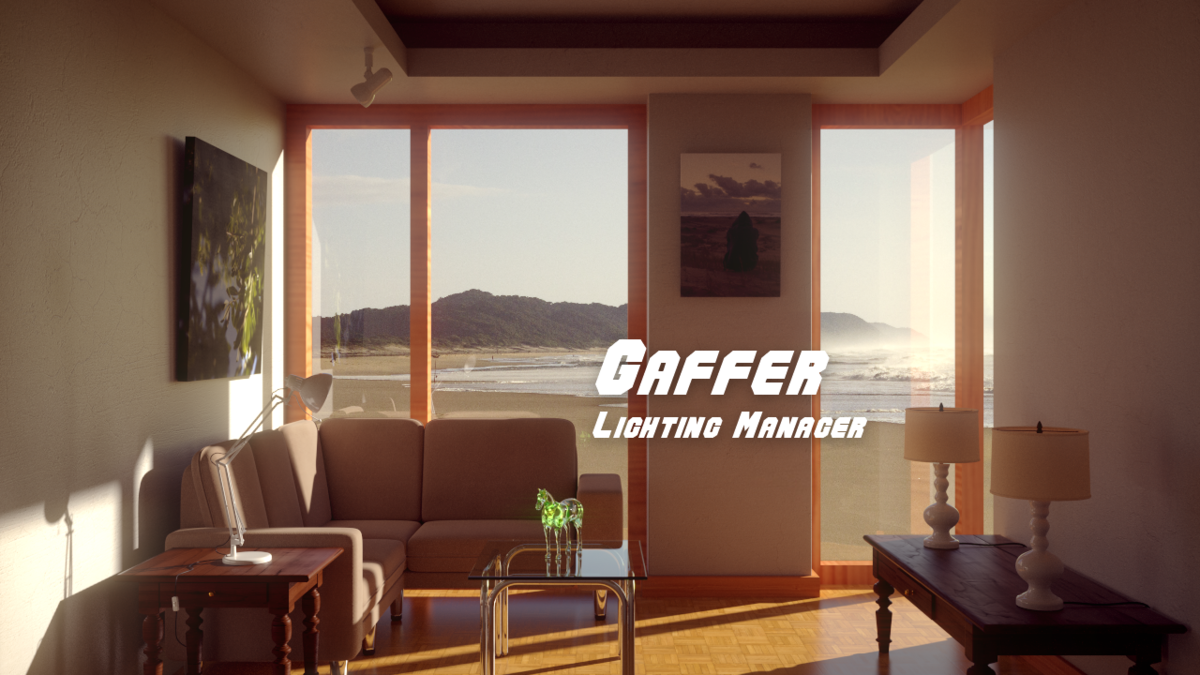 Creator showcases are our way of giving extra attention to outstanding creators here on Blender Market. These creators go above and beyond our high standards in both product quality and support.  Although Greg Zaal's product page only has one product, it is one of the top sellers on Blender Market.

For people who might not know you, could you tell us a little about yourself and your involvement in the Blender Community?

I'm a lighting and shading artist working in a little studio down here in South Africa. When it comes to the Blender community, I've been around the block a bit, making tutorials for Blender Nerd, CG Cookie and more recently CG Masters. I'm one of the user members of the Cycles module in Blender, meaning I help test the new features, provide early feedback for developers, and can sneak naughty words into the User Manual without anyone knowing ;) I also frequent blenderartists.org, hang around on IRC, and help out on stack exchange whenever I can.

How did you get your start in Blender?

I started using Blender around 2008, I think, for some title sequences of stop-motion animation I was doing in high school. That was back in the 2.4x days. The first time I opened Blender, I gave up after 5 minutes of confusion. But a couple months later I decided to try again, and this time, with the help of the old gingerbread man tutorial, it stuck. I nearly failed a few exams because of my passion for this new world of 3D art, but if I had indeed studied and done my homework instead of blending, I would never have been good enough to score an internship in the studio where I'm now employed.

Why did selling on the Blender Market appeal to you?

Selling Blender add-ons felt like unexplored territory before the Market came along, and I wanted to see if I could make a bit of passive income from writing tools specifically for professionals. I thought that people who make money using Blender might be willing to spend a little money on tools that would help them do their job better, but I also thought that Gaffer was a bit too specific and only appealed to a very small handful of people. I'm glad I was wrong :)

Gaffer is awesome, do you have plans for any other add-ons? And if so, can you tease any previews?

I always have ideas for future add-ons ;) Whether any of them might be worth actual money to anyone, I'm not sure. I am currently working with CG Cookie on a render-farm related add-on for the Market, but it's still in the very early stages and it'll be a while before there's anything to show for it.

In your head what does the future of Blender look like?

Hah, well, I'm a bit of a pessimist when it comes to this sort of thing. I see the future of Blender simply as more of the same thing. Cycles will be faster, but not as fast as we hope. The animation industry will become more accepting of Blender, but it will never replace the commercial software. Folks on blenderartists.org will show us even more impressive artwork, but the general forums will become even more violent ;)

Do you have any tips or suggestions for other creators?

As much as I hate it, I can't deny that shameless advertising helped me a lot. Comparing the first few weeks of their releases, Gaffer had far more sales than the awesome Asset Sketcher. The only reason I can think of for this is the shameful amount of advertising I did on social media and forums - in my opinion the Asset Sketcher is a godsend to environment artists and appeals to far more users than Gaffer does. As soon as Jonathan Lampel's tutorial on CG Cookie was published, the Asset Sketcher started selling like hotcakes. Don't get me wrong, everyone hates advertising and doing it too much will only soil your reputation, but you need to make sure that everyone who might be interested in your product at least knows of its existence.

Thank you, Greg, for taking the time to answer our questions. Is there another creator you think should be showcased? Let us know in the comments!