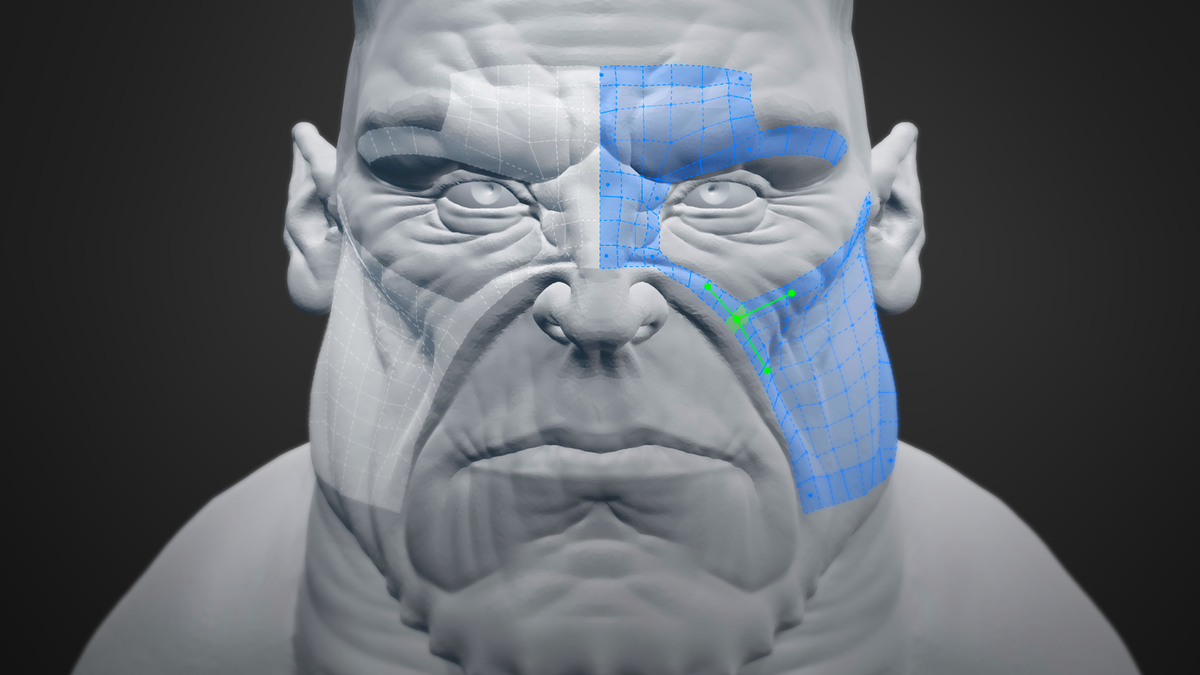 Over the last several months I've been working hard to constantly improve the CG Cookie retopology tools, Contours and Polystrips, which are sold here on Blender Market. These two tools have played a significant role in both my day-to-day work over the last two years, but are also largely responsible for proving that the Blender Market could be a success. The Contours tool was one of the first Blender add-ons to prove that you could build a GPL add-on for Blender and succeed doing it. However, building and releasing these tools has come with some challenges. One of the most prominent challenges has been how to distinctly, and clearly offer both tools for a fair price as separate products. There's been a lot of confusion around this because they're both retopology tools, and even though they accomplish different tasks they're used closely within the same workflow. Initially, I chose to release Contours and Polystrips as separate products because I felt they were unique tools, that while they belonged in the same workflow, were different enough to justify separate products. Looking back, I was wrong. These tools belong together. The tools complement each other, they build upon one another, and one day they may even interact together as one, cohesive tool. In light of this, I'm making some changes and I wanted to let you know what's changing. First, Contours and Polystrips are being combined into a single retopology add-on. This makes it simpler for everyone, including us (the developers). It's simpler to learn about, it's simpler to purchase, it's simpler to install, and it's simpler to maintain. Second, the name! Contours and Polystrips have always been the name(s) of the tools, and that's staying the same. What is changing, though, is the product name. Collectively, Contours and Polystrips will now be tools within the RetopoFlow add-on. My end goal is to offer a complete suite of retopology tools for Blender. A full, dedicated set of retopology tools that doesn't require a whole separate application within your pipeline. Okay, with that out of the way, let's briefly talk financials. What happens if you've already purchased one or the other, or both? Here's what:

Lastly, when will RetopoFlow be released? I'm not sure yet. Combining the tools into a single add-on is going to take some work. We have to refactor parts of the code and ensure everything is playing nice. My best guess for release is December. That's speculative, though, and so it could change. I hope this all makes sense. If you have any questions, concerns, or feedback please do not hesitate to ask. Just reply in the comments below.