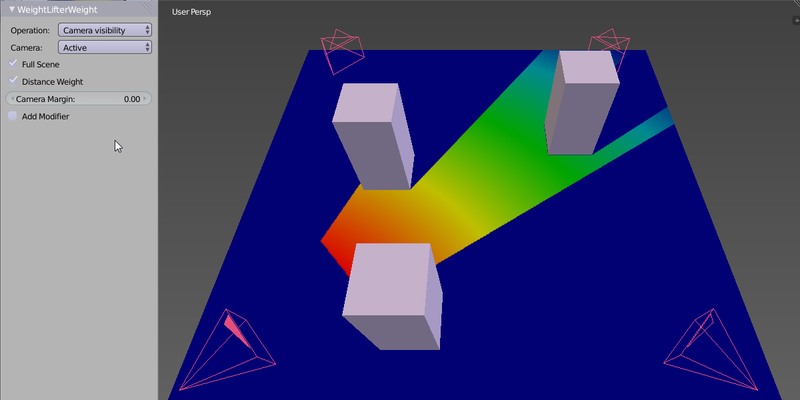 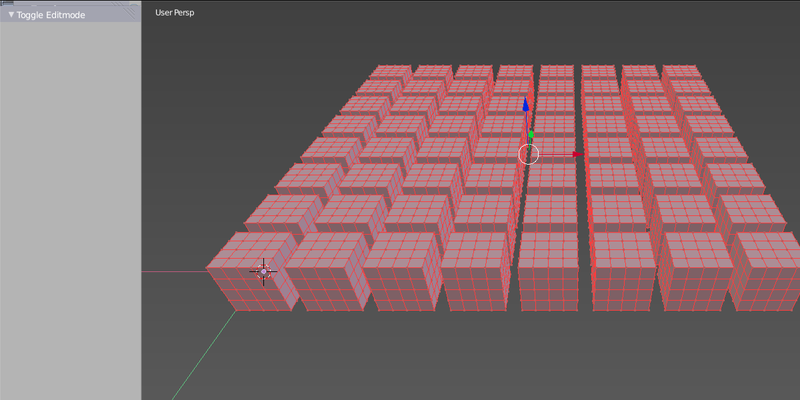 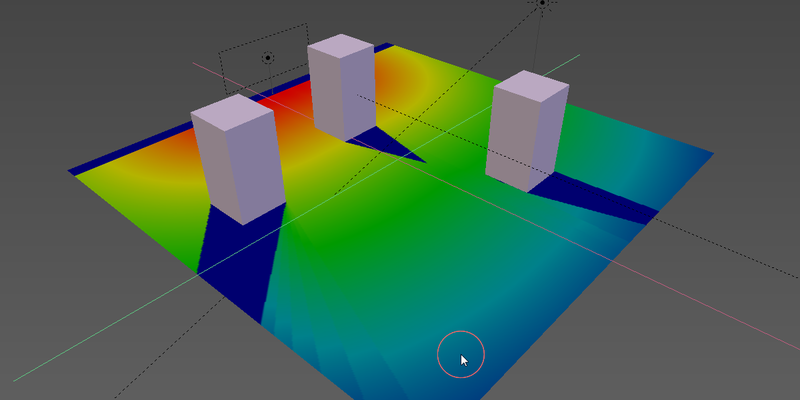 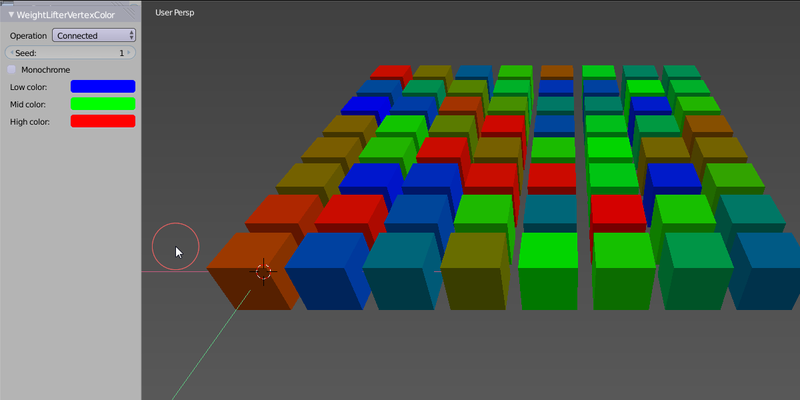 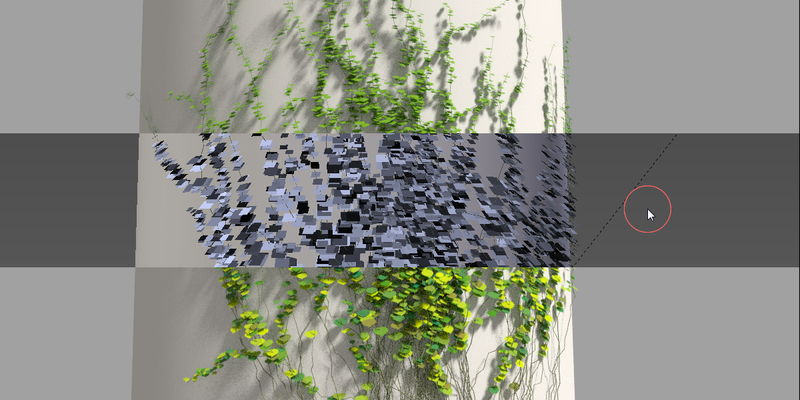 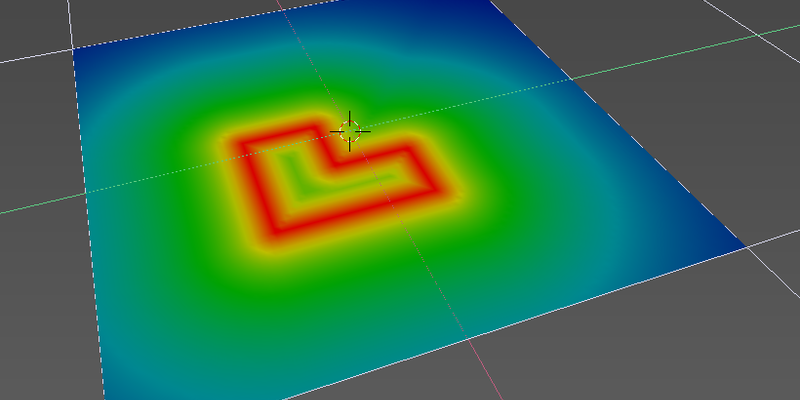 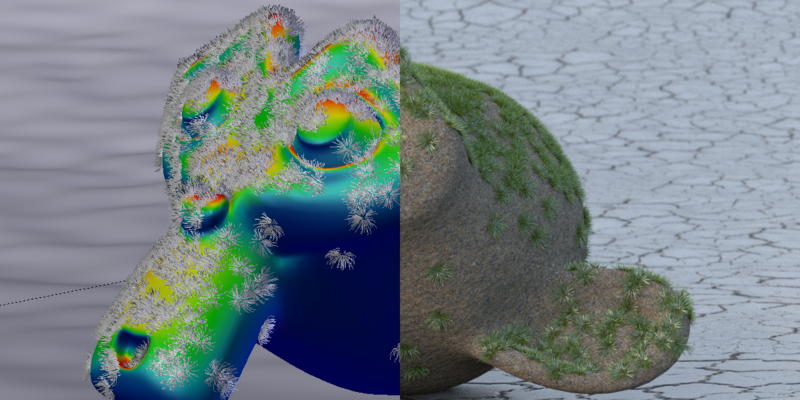 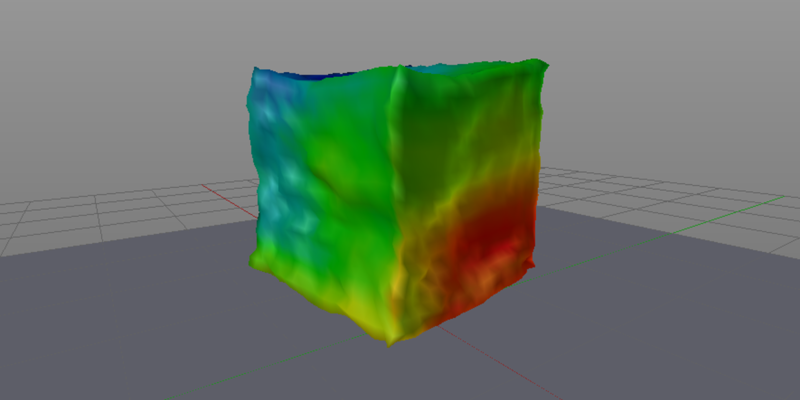 WeightLifter helps simplify creating vertex groups or vertex color layers. Vertex groups are a versatile store of information used in various parts of Blender to control such things as particle distribution, hair length and modifier actions. Likewise vertex colors layers can be put to good use when creating shaders or materials.

WeightLifter allows you store information on various mesh characteristics in both vertex groups and vertex color layers so that this information is available to control particle distriubution, blend different shaders and many other uses.

Create groups/colors for field of view

WeightLifter can record whether vertices in a mesh are visble to a camera, a lamp or the 3d cursor, taking into account the field of vision of the camera and whether other objects block the view. It can also record the distance to the camera,

WeightLifter can assign values according to the height of a vertex, the steepness of its slope or whether the surroundings are creased. It can also calculate catchment areas (i.e. assign weights based on how much rain would pass a vertex if it were part of a landscape)

WeightLifter can assign random values to vertices, faces, or assign a unique random value to each piece of connected geometry, providing an easy way to vary the shading of for example plants that have a single mesh for all their leaves.

Assign values based on the distance to selected vertices

WeightLifter can calculate weights based on the distance to selected vertices. Different metrics (ways to measure a distance) can be used.

Flow maps are vertex color layers that contain the direction in 3D of the steepest way downhill. WeightLifter can also calculate the difference between a base mesh and the mesh as it is deformed by its modifiers.

The new experimental bake option calculates a weightmap for a number of frames and saves it on disk. On replay these weightmaps are restored on each frame. This makes it possible for example to animate a weightmap used as a density control in a particle system. (See the video below for an example).

*note: for replay and rendering on a renderfarm you need to distribute the add-on to your render farm and have privileges to execute python on frame changes. Not every render farm allows this for all customers, so be aware.

WeightLifter comes with a comprehensive reference manual as part of the download. This manual walks you through all of the specifics of using WeightLifter and how to best use it to your advantage.

Version 20141018 is a bug fix release. It fixes a bug that could led to a crash when assigning random weights to groups of connected vertices in large meshes. Also the Cursor visibility mode, the Full Scene option was not available, this has been corrected.

Version 20141209 fixes a bug in View from Camera mode where any vertices in the mesh behind the camera would lead to a crash.

Version 20150215 fixes a bug in slope mode that gave rise to errors when measuring slope relative to a vector pointing to the 3D cursor while the 3D cursor was ot the origin of the scene.

Version 20150222 incorporates a lot of features based on user feedback, including an invert option, a new mode (that measures distances to selected vertices), auto update of particles systems that use a vertex group and extra operators/menu options o transfer values between vertex groups and vertex color layers.

Version 20150418 fixes a small bug that could lead to errors when using WeightLifter on an object with a particle system.

Version 20150904 adds a height offset to add weight to values in valleys just out of view of the camera.

Version 20151123 adds an operator to the vertex paint menu that allows you to combine channels of multiple vertex color layers.

Version 20151206 adds options to use an arbitrary axis in height en slope mode, restrict the range of calculated values interactively and control the size of patches in random face color mode.

Version 201604281021 adds a watershed mode (aka. catchment area) and a spherical option to Camera Visibility mode. It also contains some bug fixes.

Version 201710140932 (the HeavyWeight edition) adds a flowmap mode that calculates the direction of a flow along a mesh, a deformation mode that captures the difference between a base mesh and its modifiers and the option to bake & animate weightlifter maps. An animation example is highlighted in this video:

WeightLifter in the press