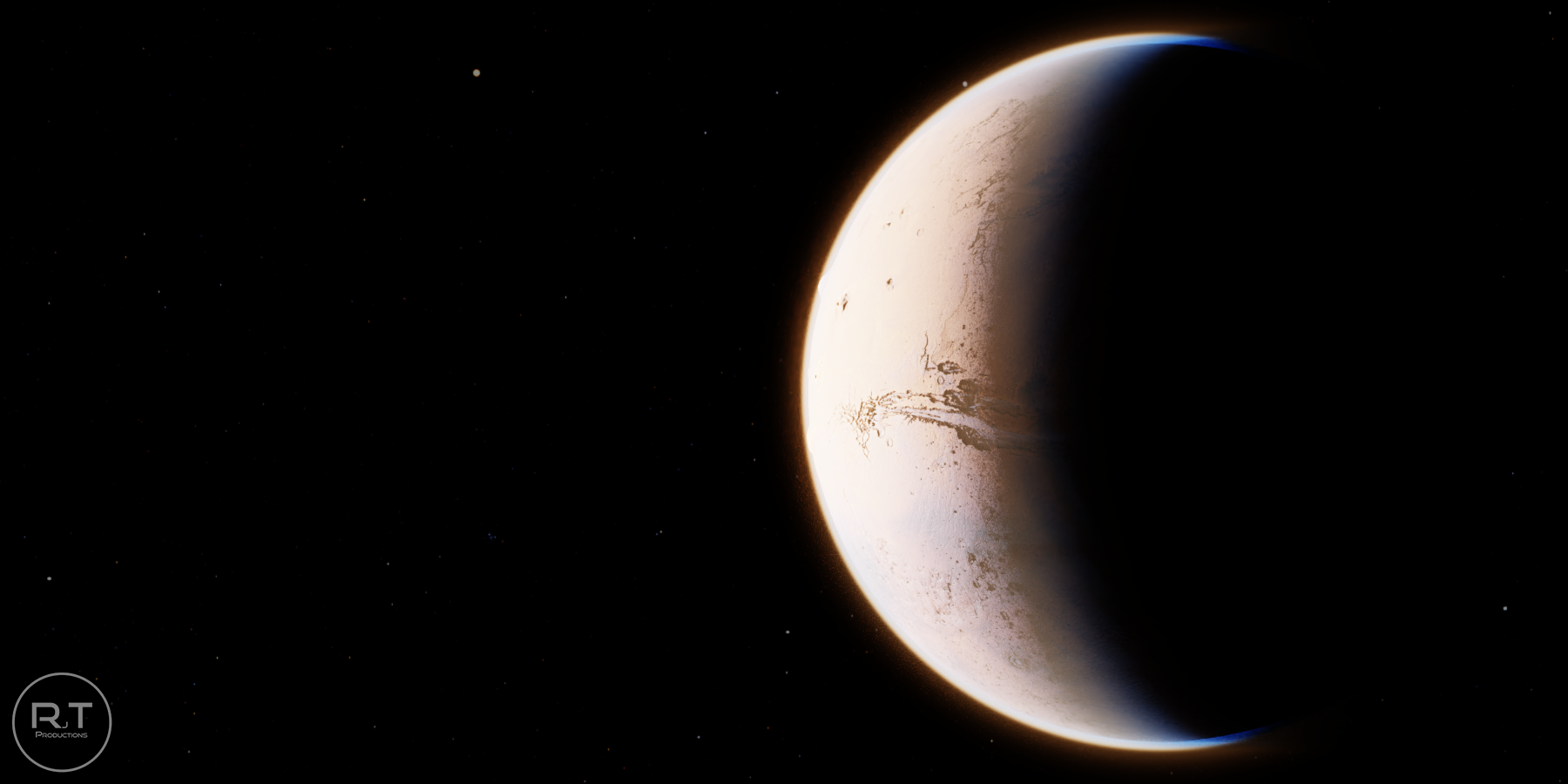 You're right, another 'True' product. I'm not going to bore you with all the Jargon and CG Jibberish. It's Probably The best CG iteration of Mars you'll find anywhere.

It's also Definitely 'Just' Textures from NASA and a sphere. BUT! It's professionally done, there's a high resolution version with 24k textures and there's a low res with 8k textures for those who prefer speed over accuracy.

No, there's no volumetric clouds with this one... 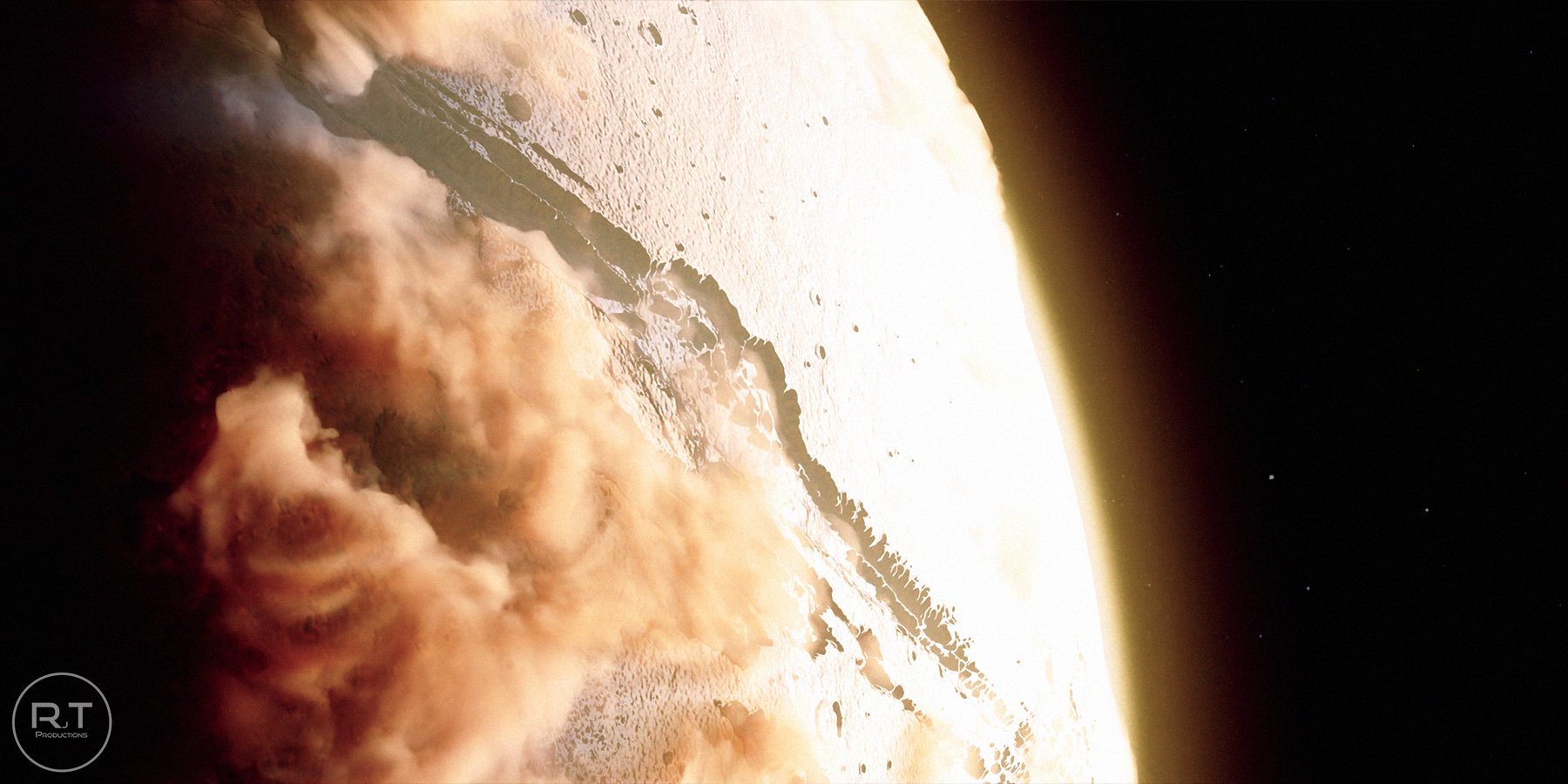 There are Procedural Dust Storms though! Plus, They work in Eevee: 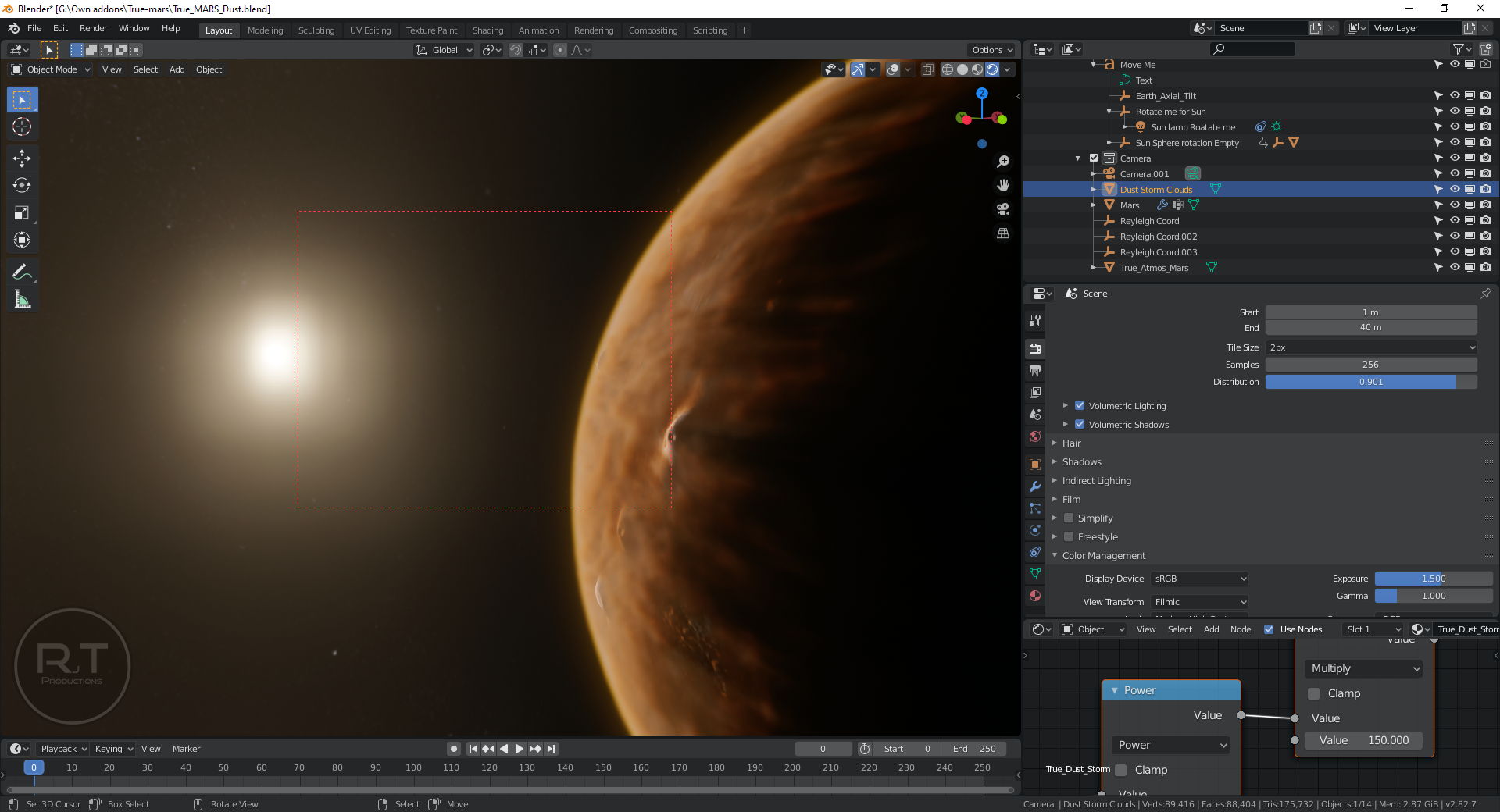 For $2 though, can you complain?

Now for the Jargon

Included in all of this, is the use of drivers and Empties, so that you can rotate a sunlamp around your mesh, while a Sun-Sphere mesh moves around the scene accurately so that you have a visible source of light in renders.

Mars's atmosphere is kind of the opposite of Earths, so during the day, it's brownish/red skies, and at night, it's got a nice blue haze 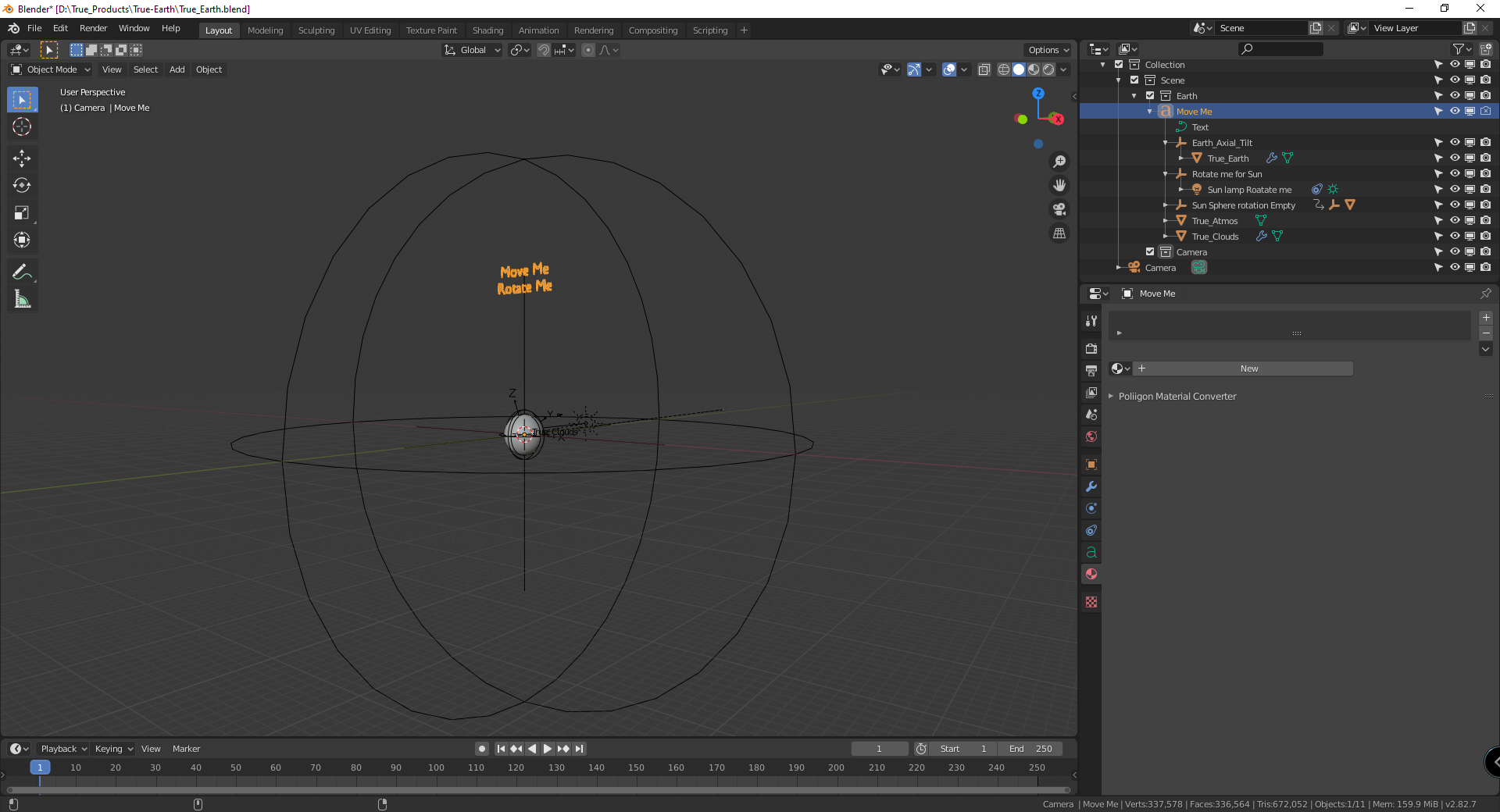