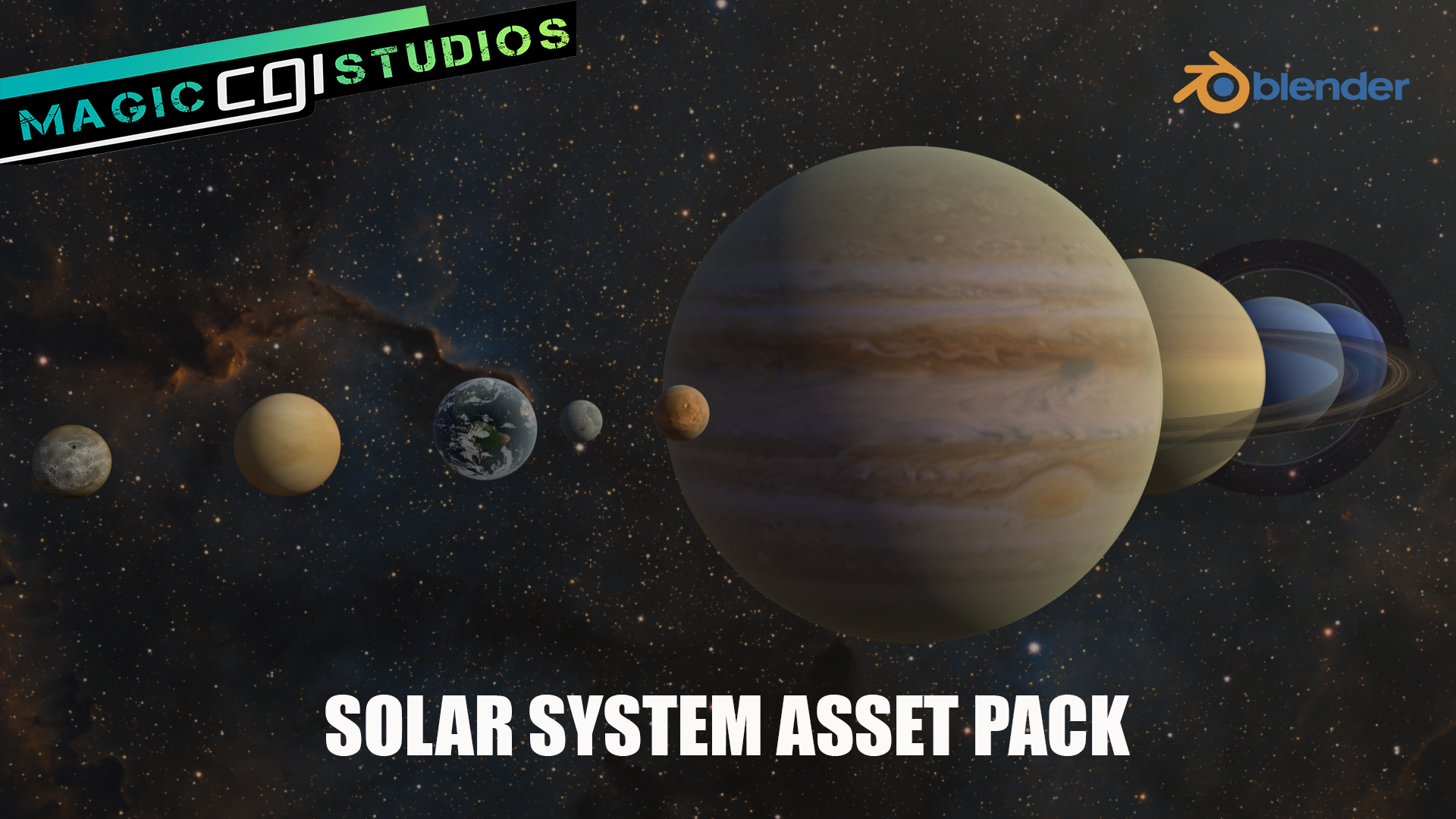 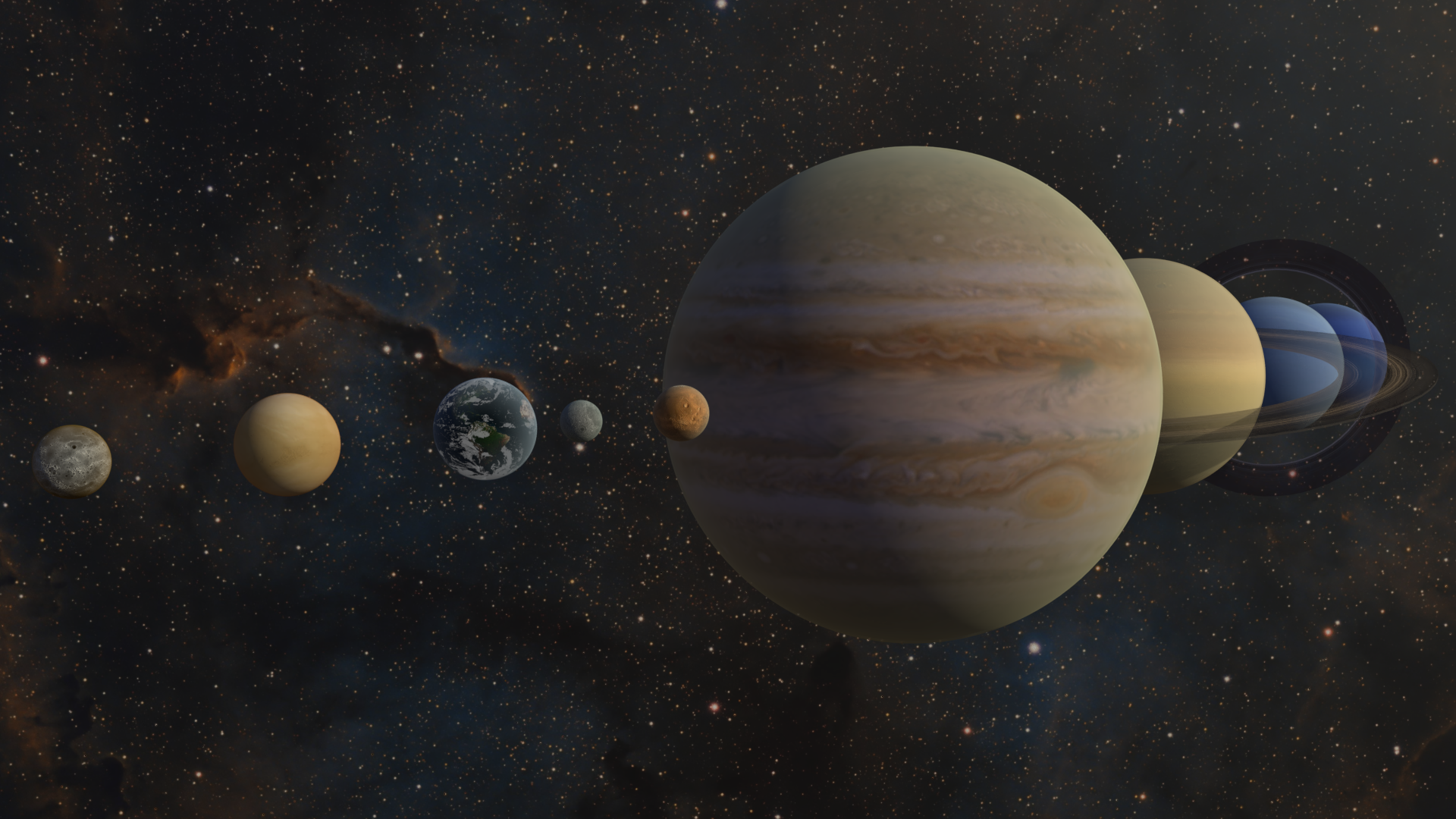 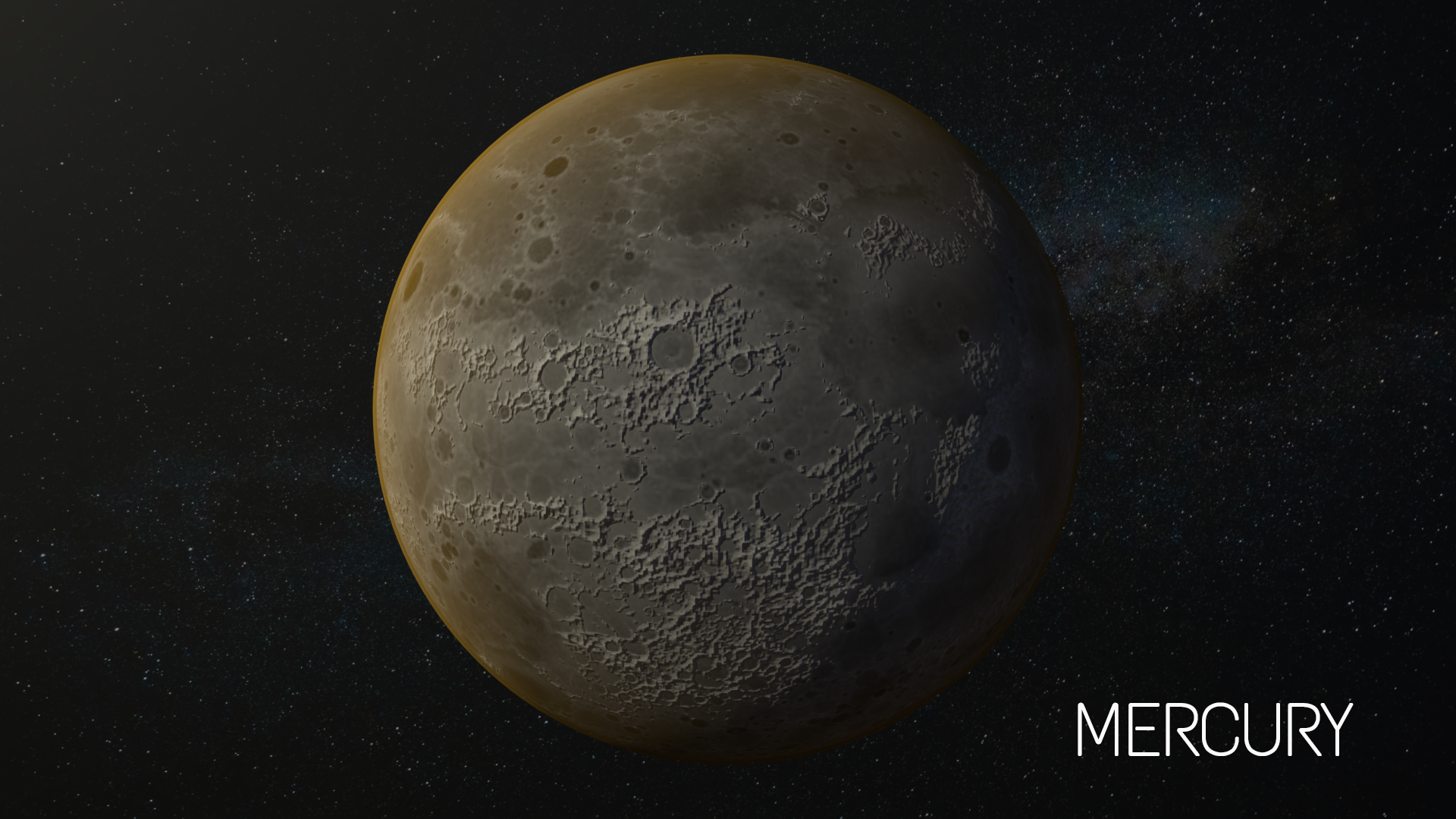 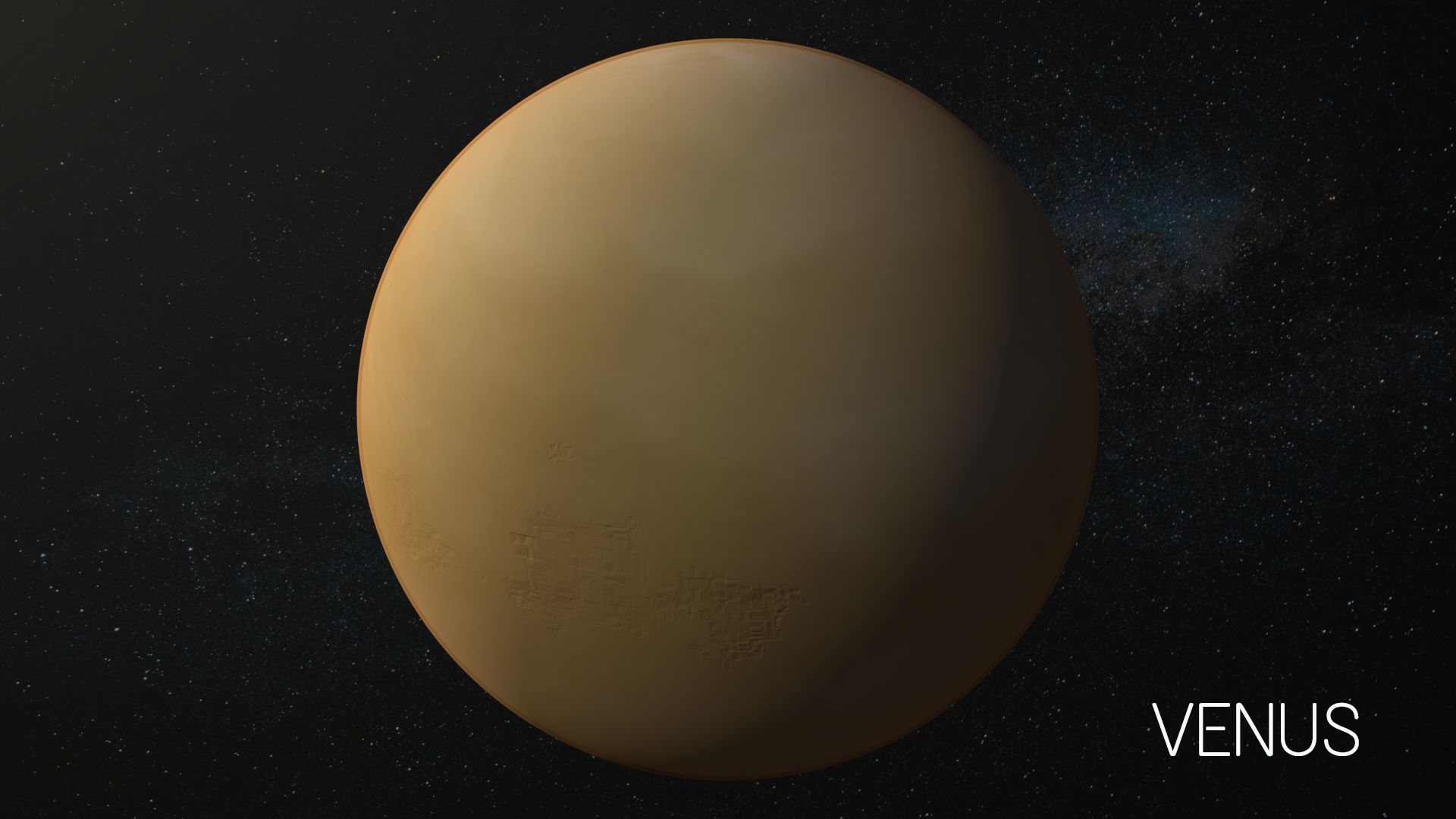 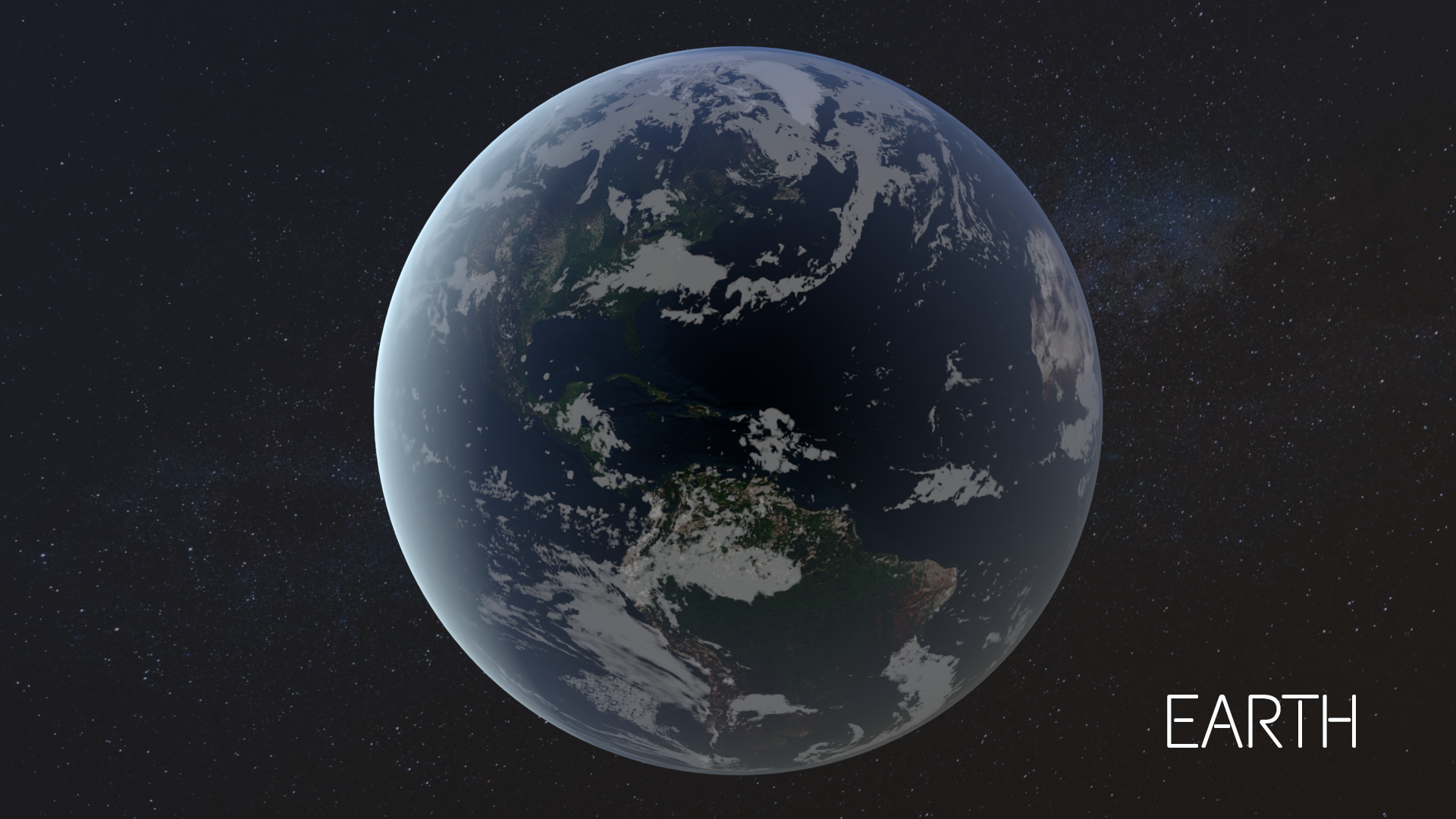 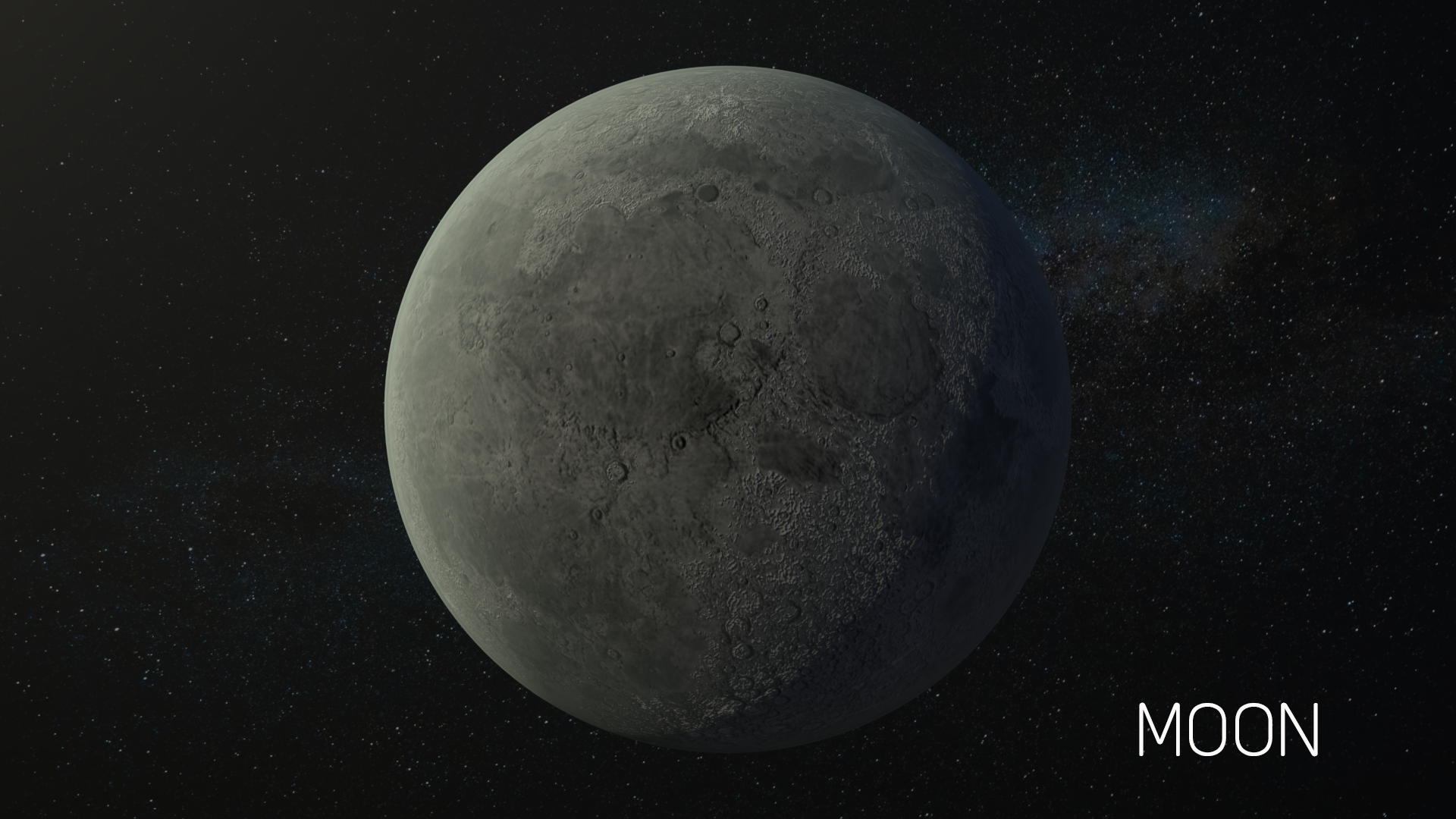 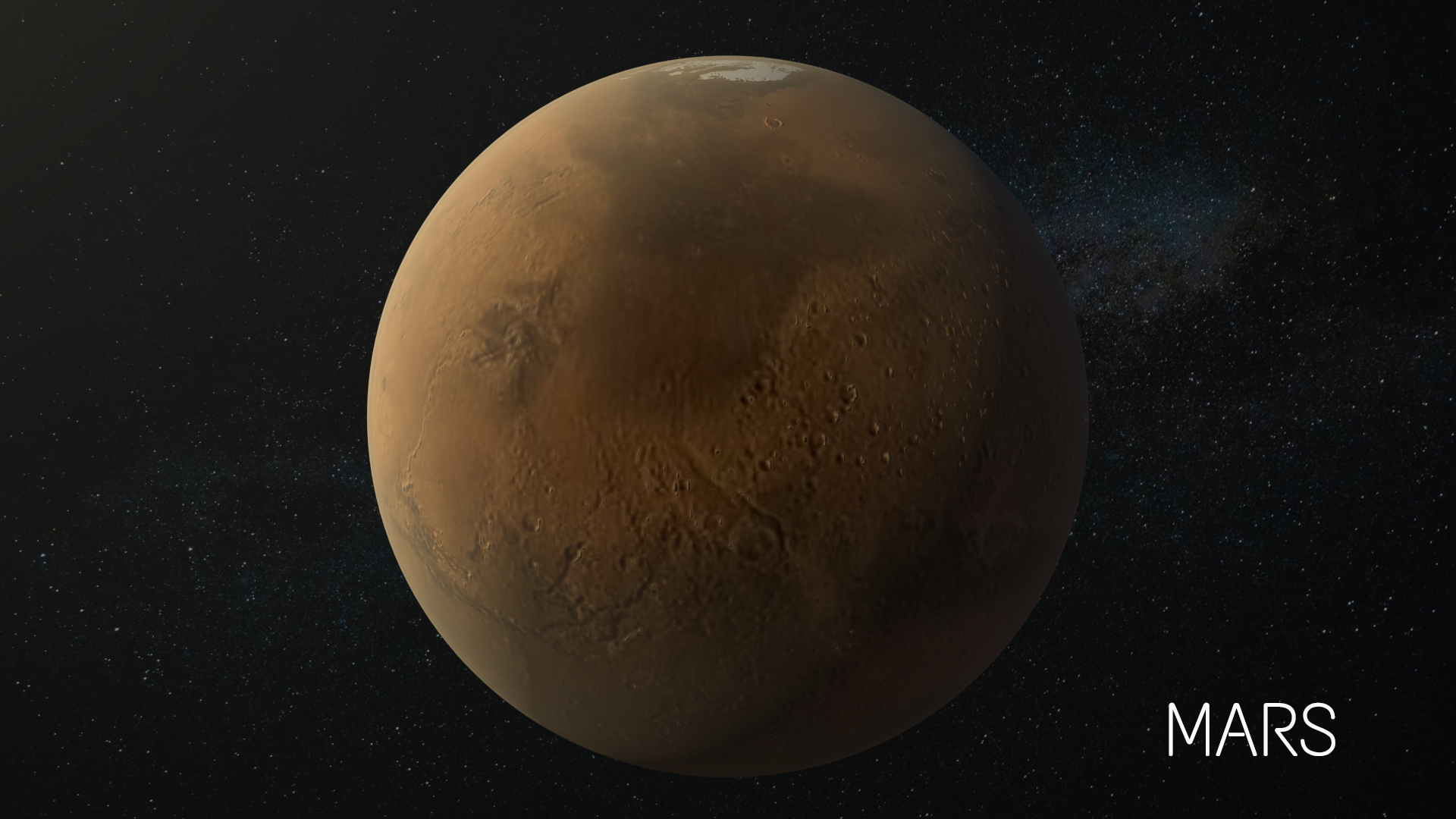 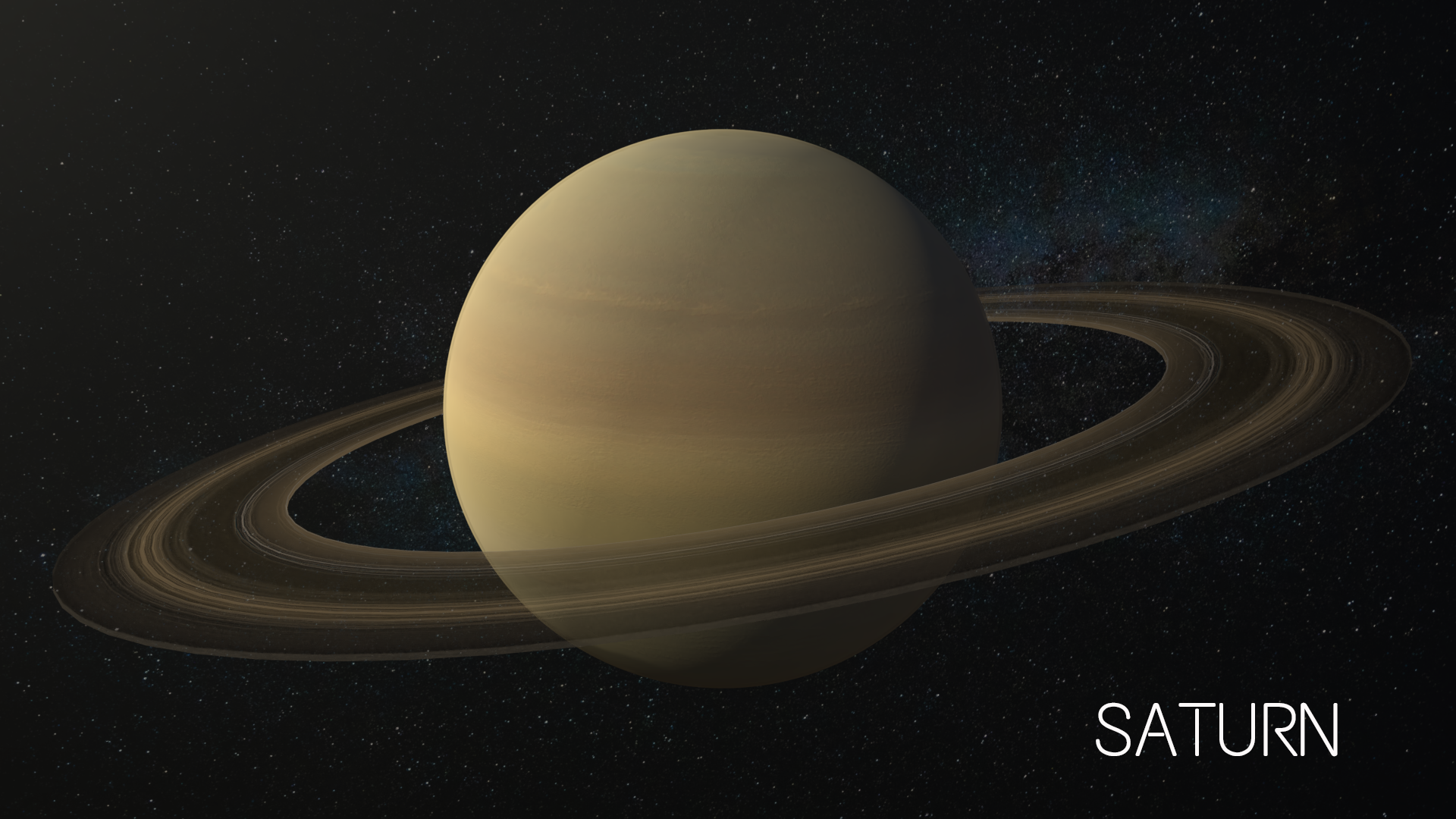 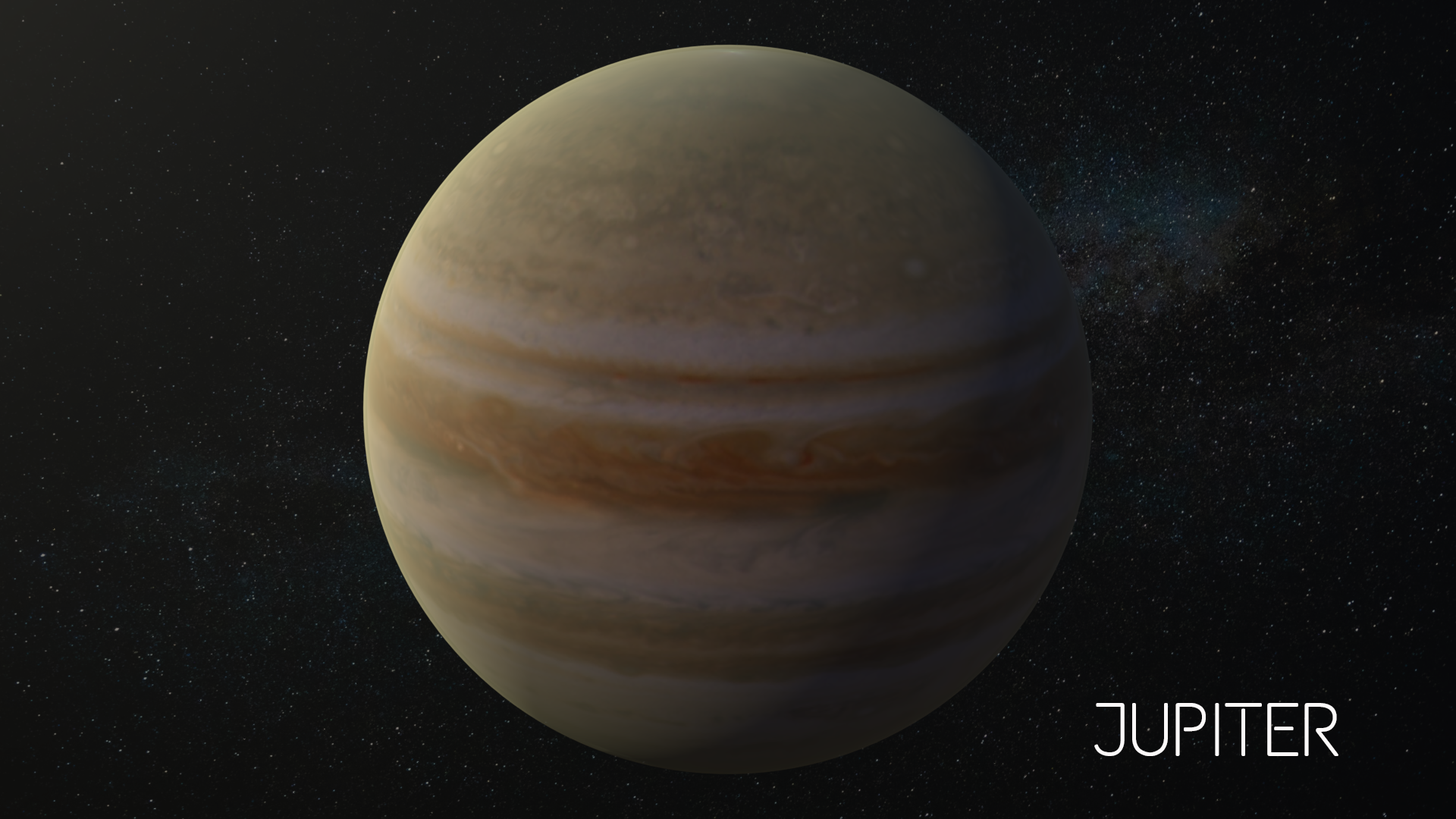 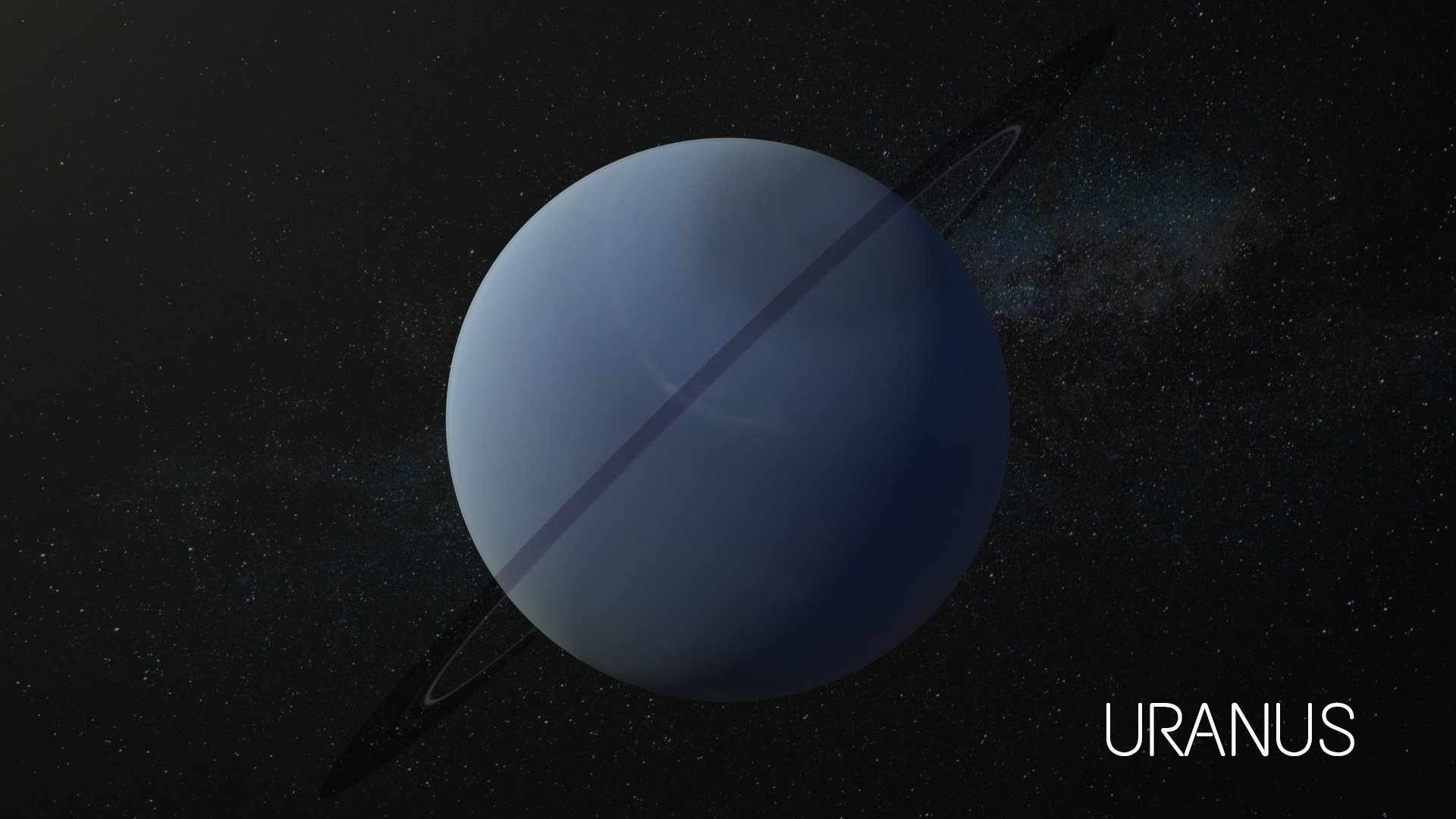 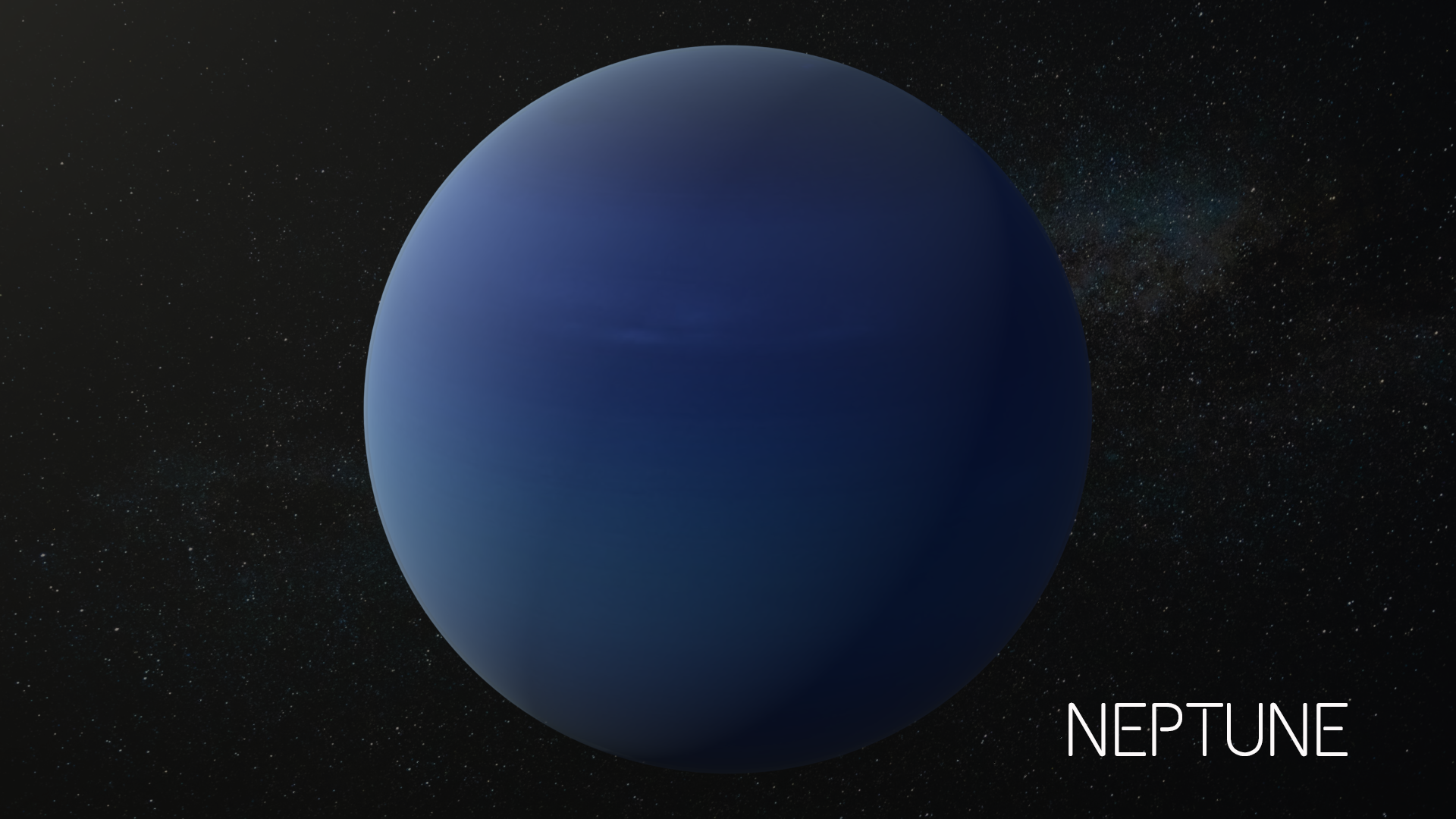 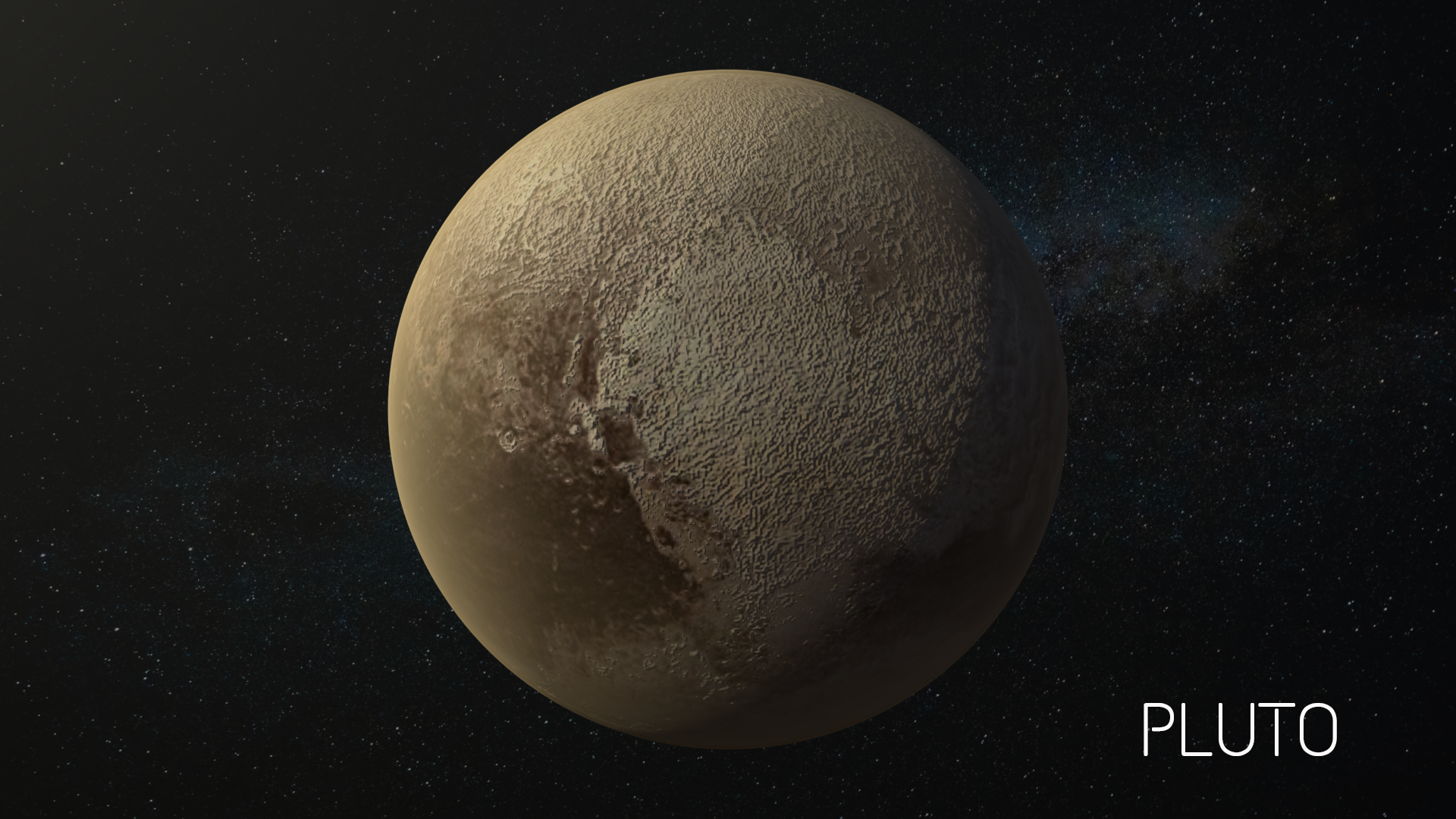 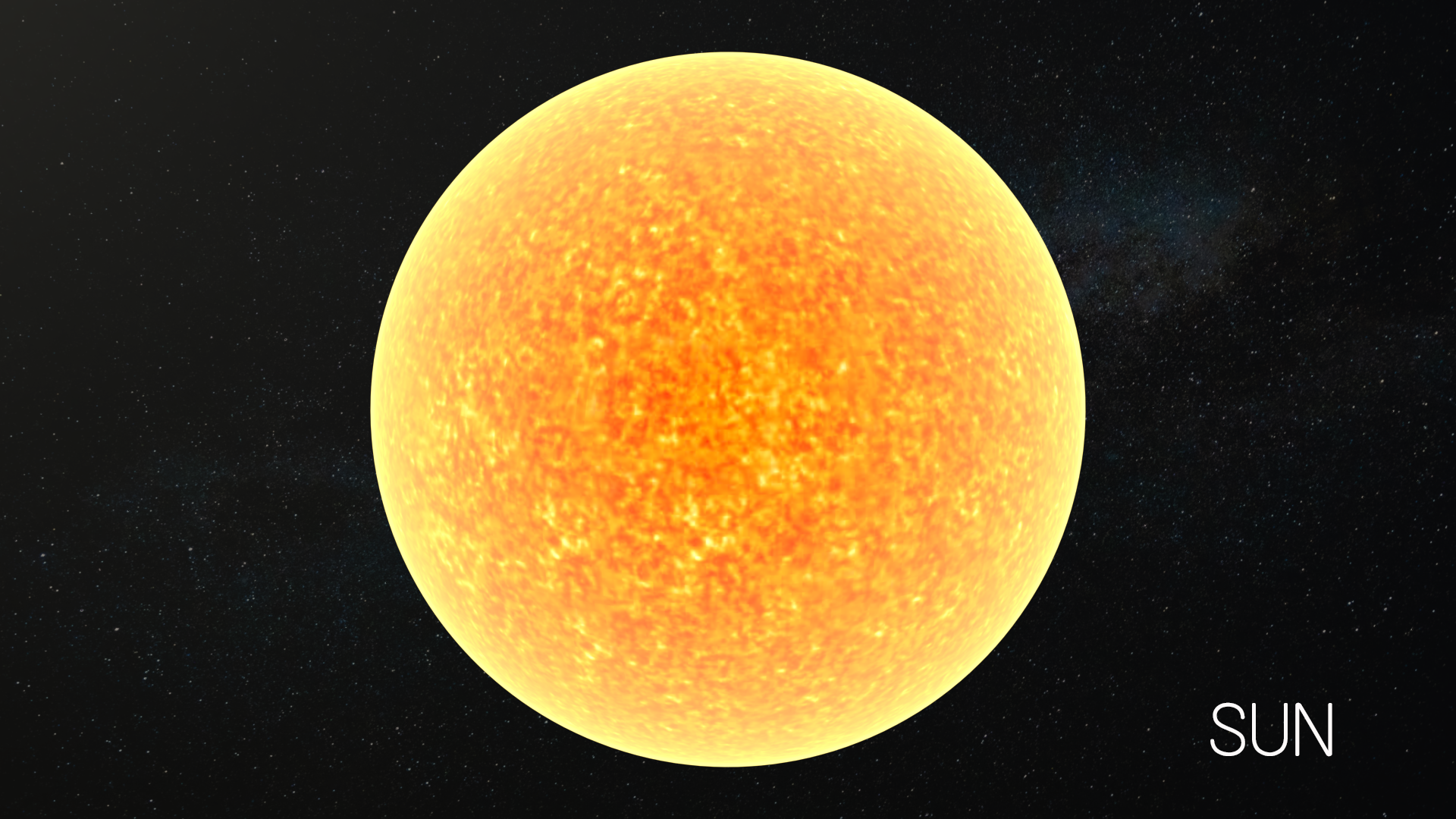 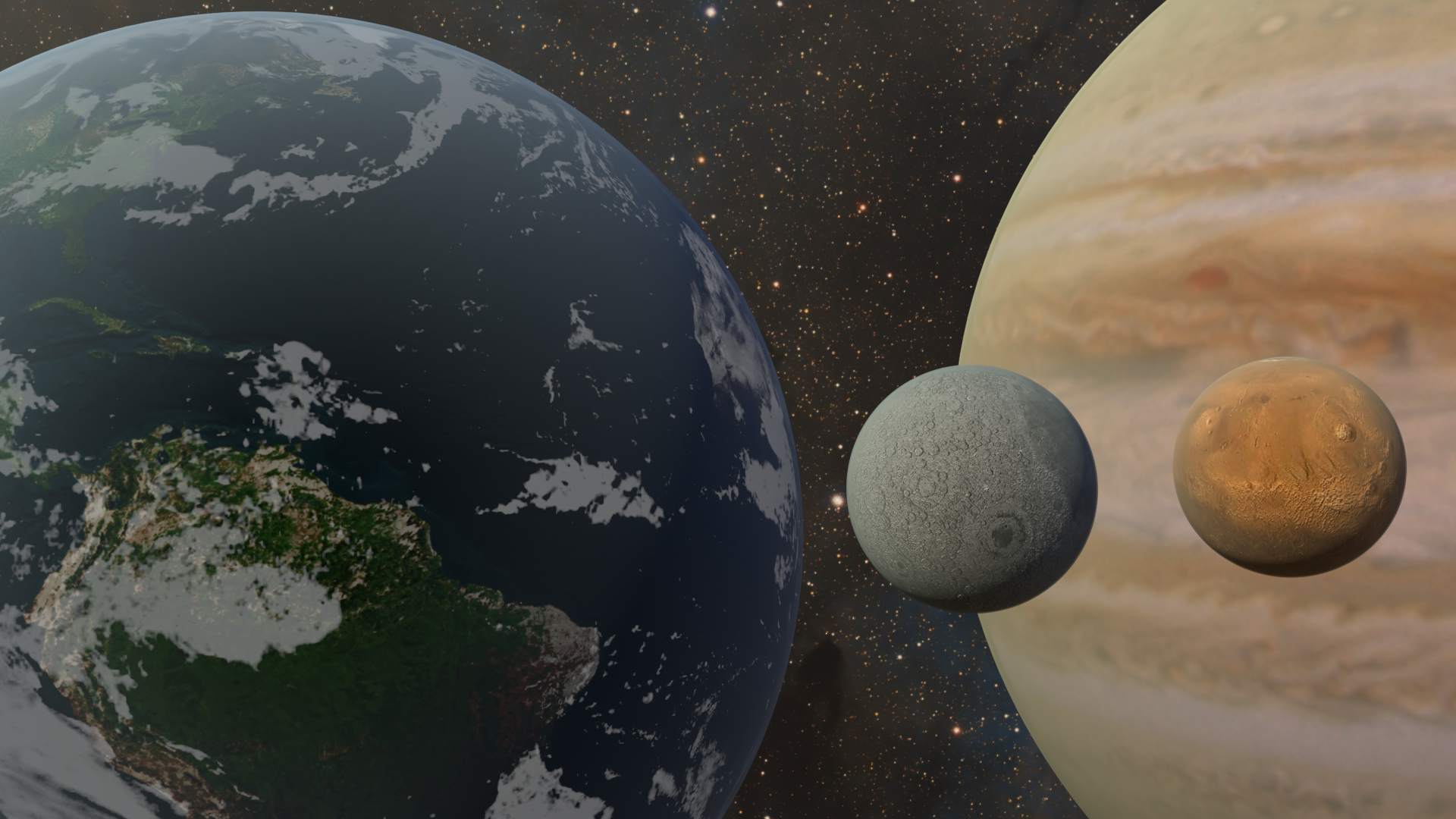 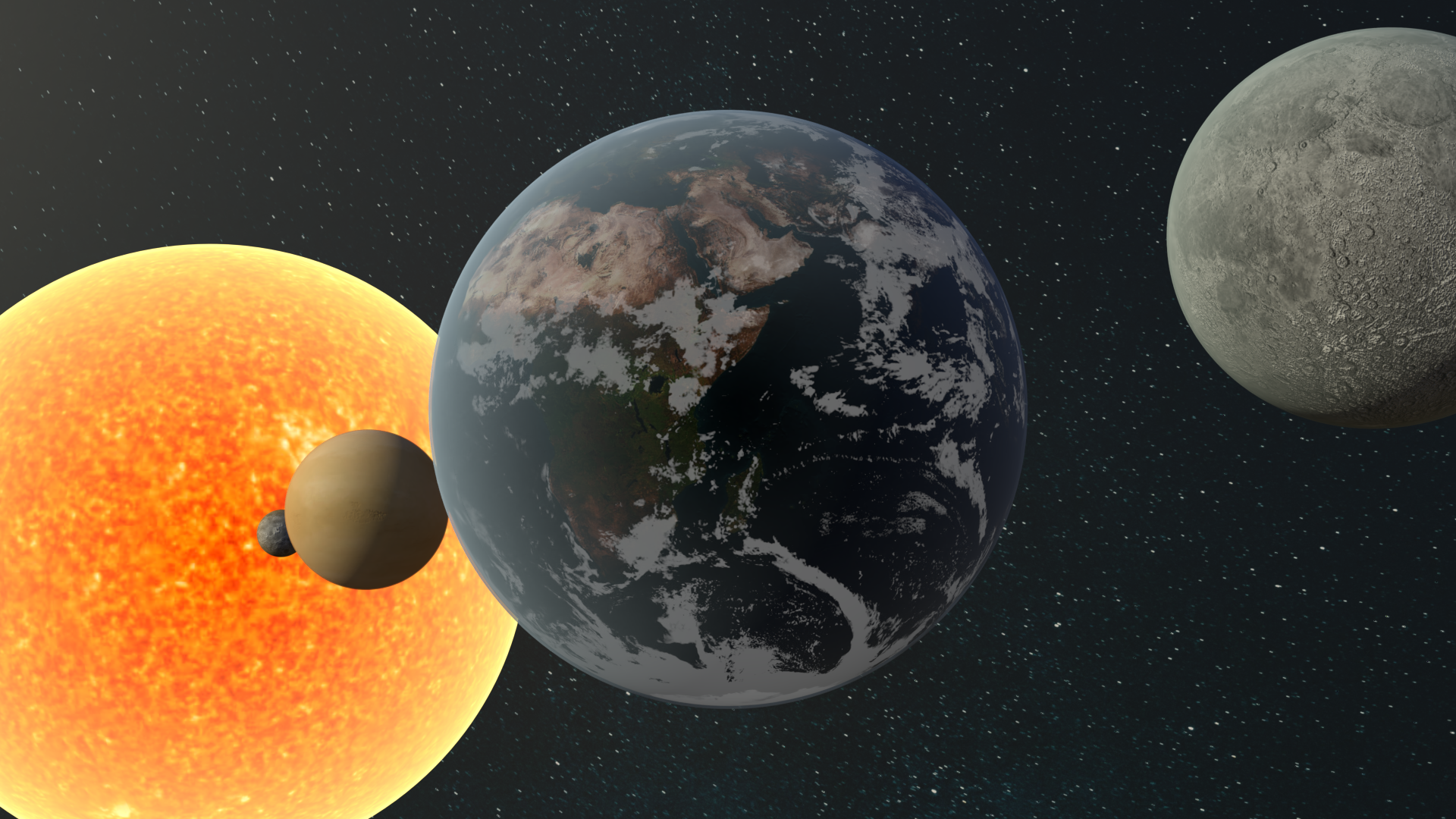 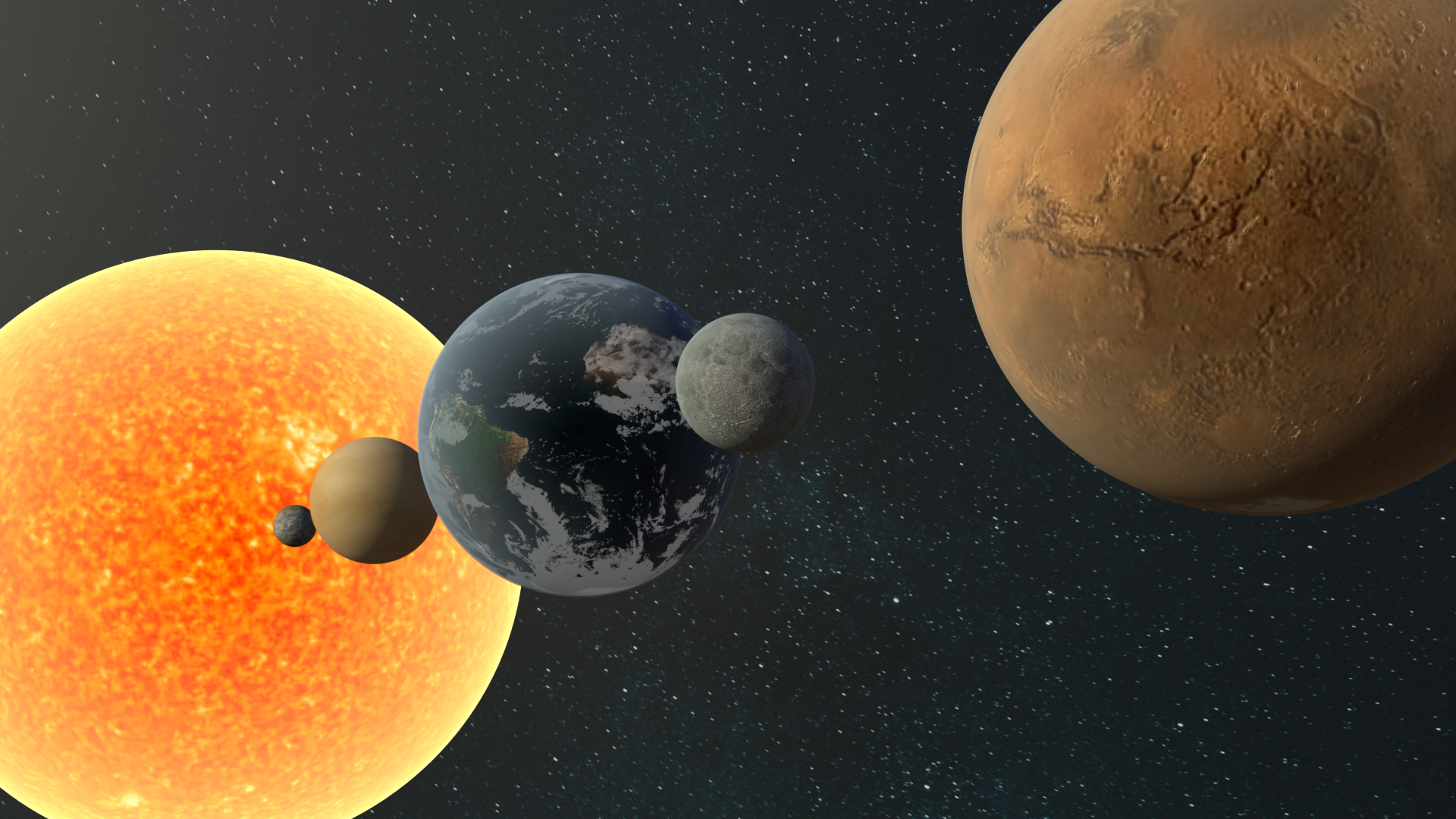 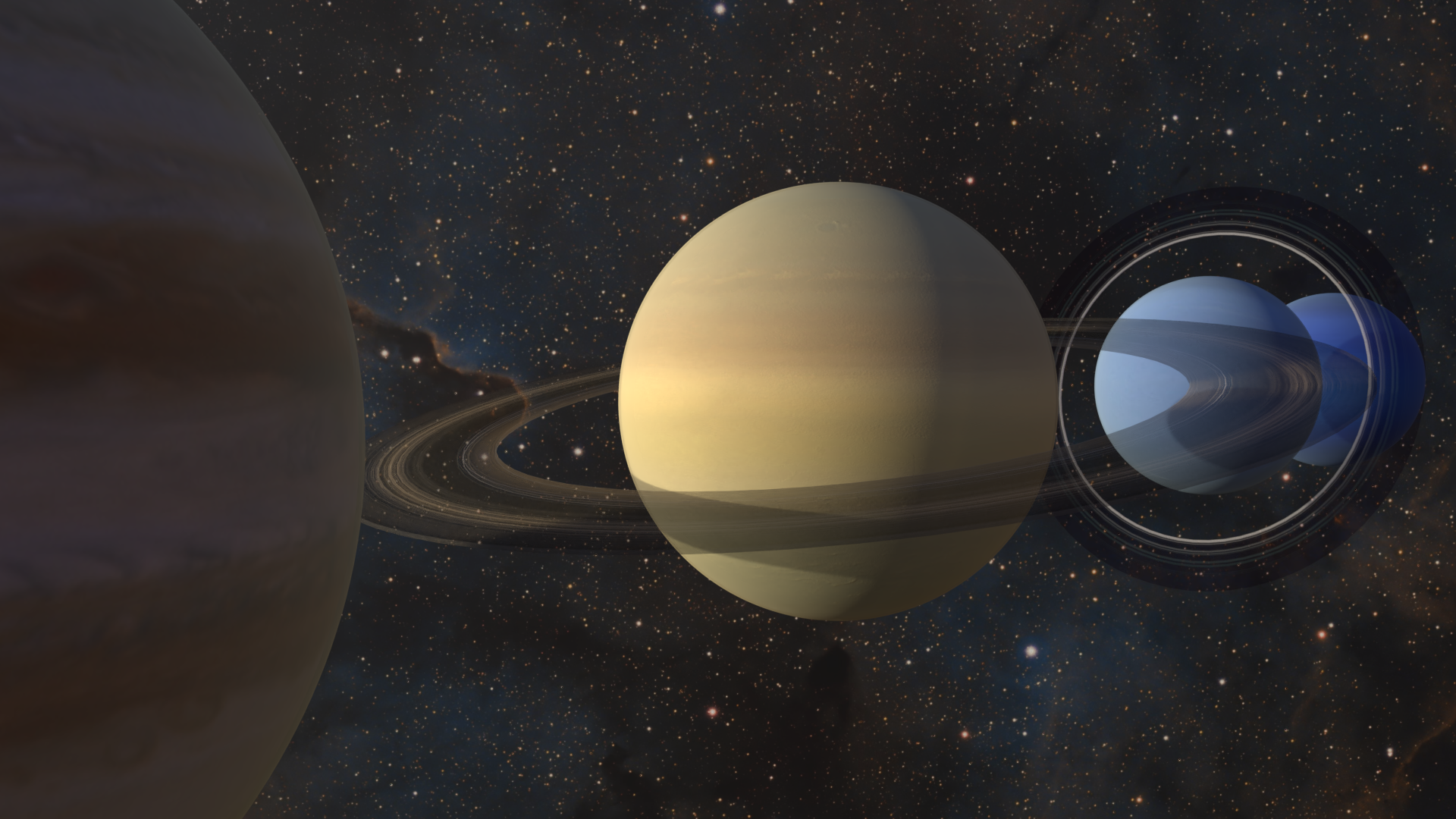 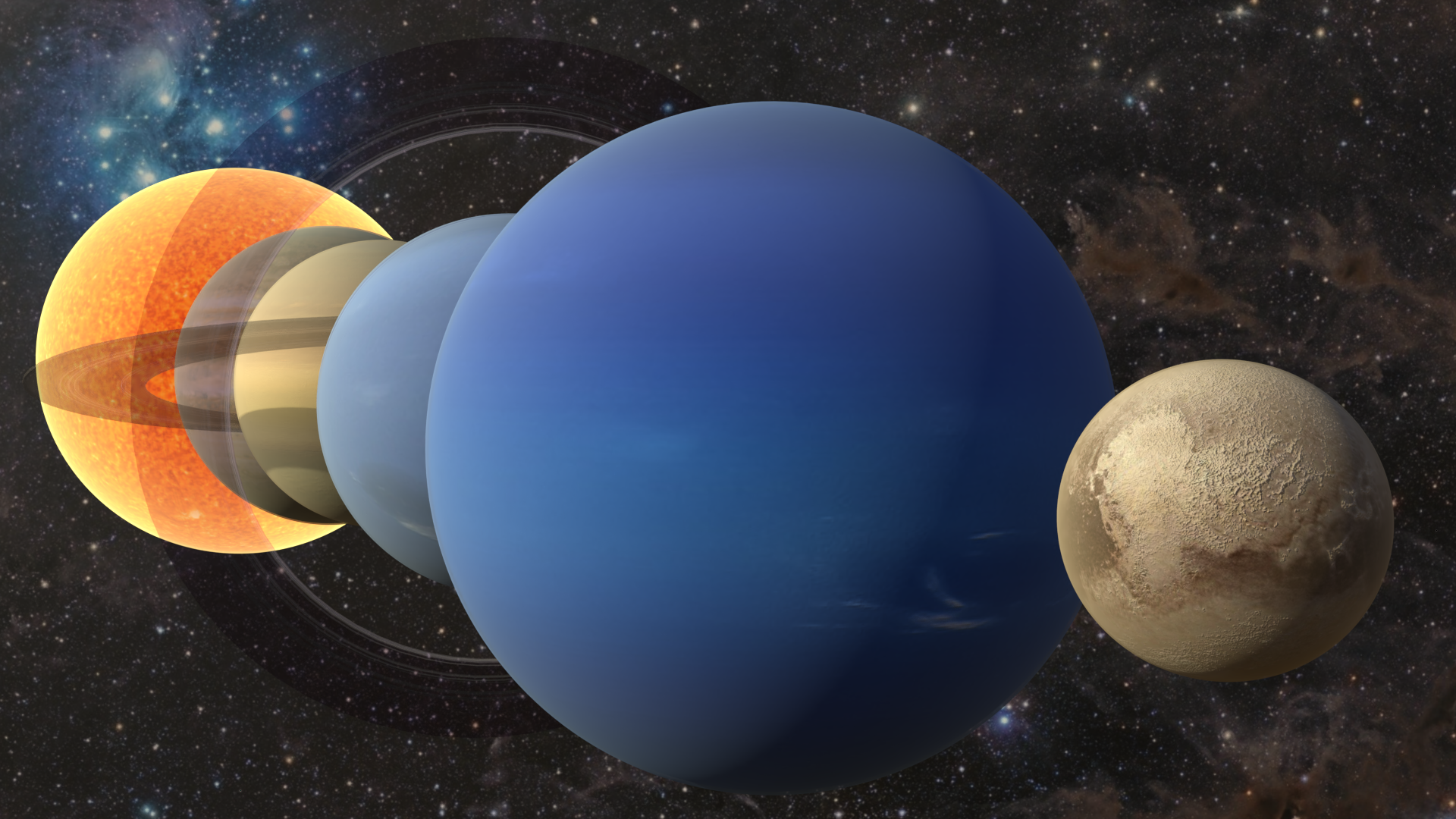 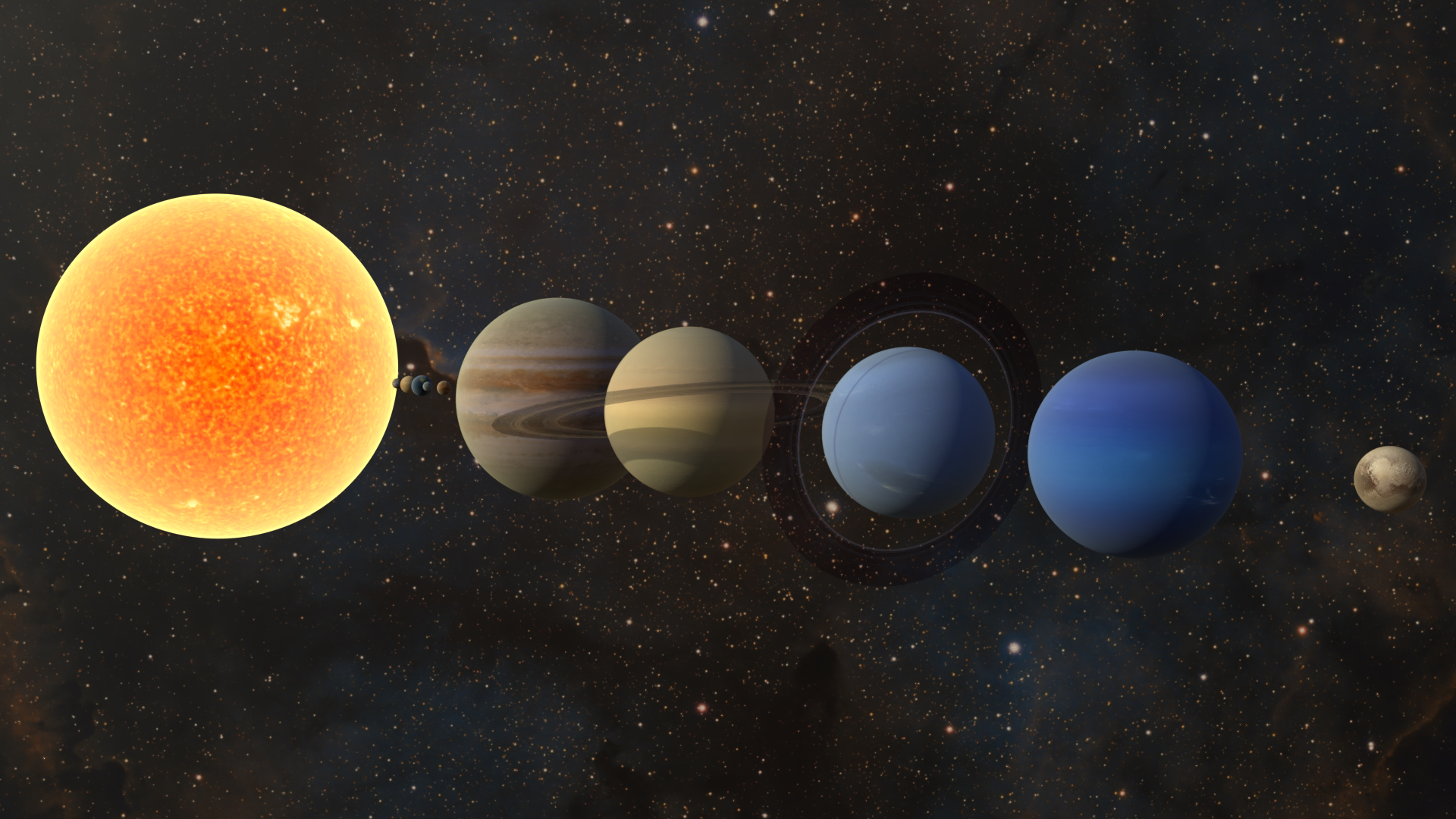 Created with and for use within Blender

If you require detailed Models of the Planets that are in our own Solar System then look no further!

Each Planet comes with its own fully customisable Atmosphere and Surface Colour using the simple Node setups for each,....... basically they can be any colour you choose, so its easy to get creative if you wish to create your own unique worlds!

INCLUDED WITH THIS PACKAGE:

PLUTO  (I know its not a Planet any longer but its included anyway!)

The HDRI used for the Renders is packed within the file

Backgrounds used are not included

All images were Rendered with Cycles

No loose or double vertices

Will not work with EEVEE (as far as i know!)

All objects named accordingly in the Outliner

Polycount for the whole combined package:

Each Planet comes with its own layer of customisable `Atmosphere`, the colour, coverage and density can be adjusted easily within the nodes. The only Planets to have no Atmosphere are Mercury, (which has a exosphere) and Pluto, but I have included an Atmosphere for them anyway, so you can create your own if you wish to do so.

Mercury & Pluto do not have Atmospheres, but I have included them anyway if you wish them to have one.

EXPERIMENT WITH COLOUR AND DETAIL:

Using the Nodes assigned to the Models, you can easily edit each Planet to your liking

Although the Planets within this pack are set to look like our own Planets, you can easily custom create your own, just alter the values within the Nodes and see what happens! ...... just don't forget to make a back-up of the original files first before you save :)

Scale is impossible to replicate (as for example the Sun.......lets just say its MASSIVE! therefore these Models are `not to scale` but can be easily scaled to suit your project.

I also have here on Blender Market my Asteroid Low Poly Asset Pack which compliments this Solar System Asset Pack if you require extra detail to your projects, thanks:

If you do decide to purchase this Package I wish to thank you in advance, you will also be making a valuable contribution to the Blender Development Fund, lets keep this going as non of this would be possible without them!

Thanks as always for your interest & support!