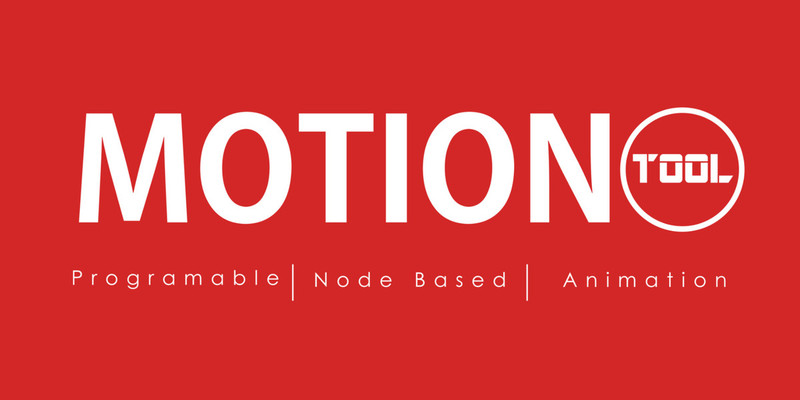 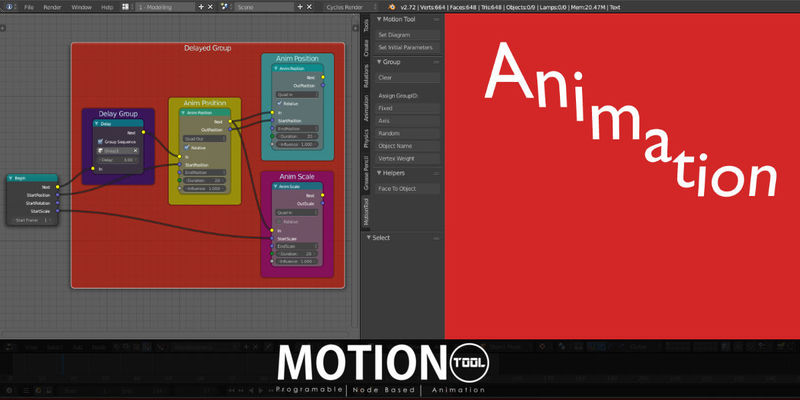 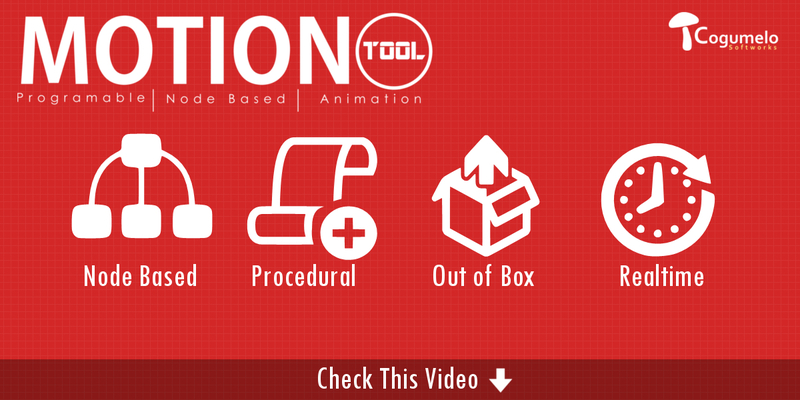 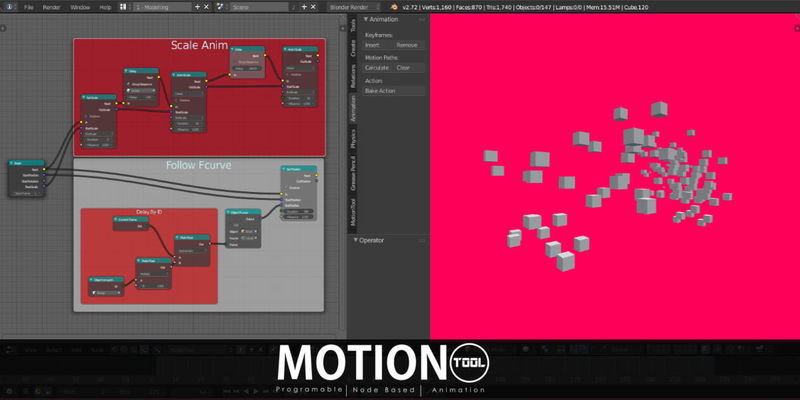 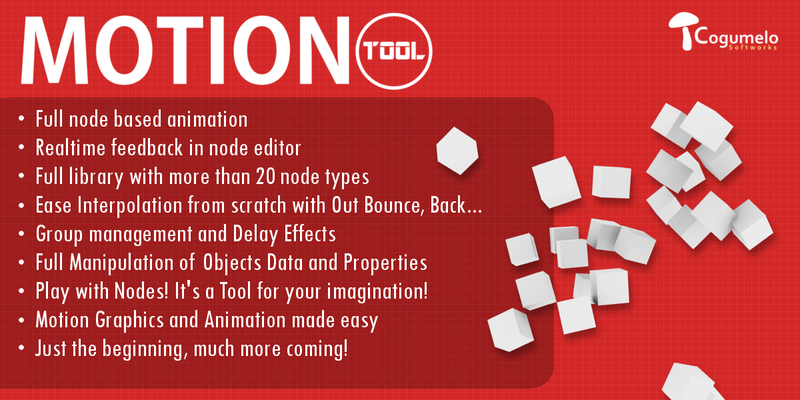 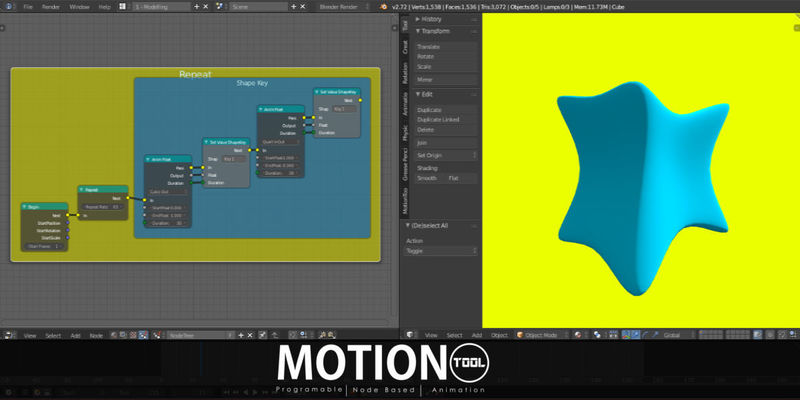 A New Way To Make Animations!

MotionTool is the in-house Node Based Animation Framework developed by Cogumelo Softworks. For those that work with Animation, Motion Graphics, FX and need a better animation solution or just wanna have some fun with procedural and node based animations MotionTool is just what you need!

MotionTool is a add-on for blender 2.7x that implements a new out of box animation framework in blender, full out of box, full node based, full procedural!

What features does MotionTool have?

MotionTool was designed for a In House solution, it's already quite stable and can be used in your diary works. Despite it’s in BETA stage it's full featured and much more is planned for future

MotionTool was initially released as a BETA version and during 8 weeks we have been collecting feedback from users about the most important features MotionTool should be for future releases, but that is not the end of line, our strategy is to make a real Users Driven Development method, Be a part of the MotionTool and help us to make it the Best solution for you!

Why should I buy it?

We are a small studio from Brazil, and we have already done some great things for Blender such as Graph Theme,  BoolTool and BakeTool add-on. Now we need to raise some money to keep developing our Add-ons. We want to help BF to keep blender development as well, so we're assigning part of all sales for the BF Development Fund, that's our way to say Thanks to BF for all the good stuff that they have done and do our part for the blender development . Also, we think MotionTool can be a revolutionary system for Blender, it's made for real life work and and is the First Professional, Node Based, Full Featured Animation Framework for Blender. If you need a Animation Tool to Work with it's what you need!

What do I get with MotionTool?

We are listening to you! If you have any doubt or suggestion please let us know!