by Blenderboi in Scripts and Addons 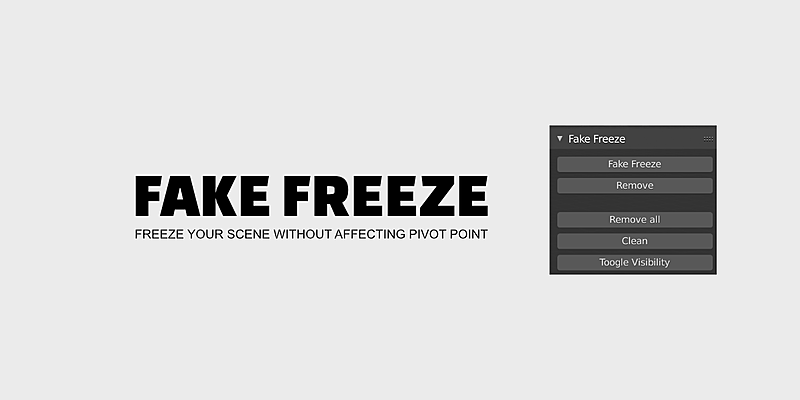 Fake Freeze is an addon that tries to simulate the freeze transform in maya. It is advisable to not use this for rigging, but it is useful for static scene where you just want to freeze everything in place without affecting the pivot point. You can also use this addon to freeze Empties as well.

What it does under the hood is basicly parent the object to a hidden empty and move the empty to the position of the object. which.

You can click the Toogle Visibility if you want to see what does the addon do under the hood and adapt to this addon and use it in your advantage.

Fake Freeze - Freezing the object in place, 0 out all the location channel while keeping the pivot point in place.

Remove All - This will remove all fake freeze in the scene and restore everything to its position and location value.

Clean - This will remove unused empties if there are any, it is run everytime you click fake freeze, so you don't really need to use this often.

Toogle Visibility- This will hide or unhide the hidden empties from the outliner, in case you want to have more controls on the addon or checking out what is happening under the hood.

Do not put any other object into the fakefreeze collection, as it could delete your object if it is inside that collection.

If you want to suggest an improvement or report a problem, lets discuss it in Discord Channel