Physical Accuracy: These shaders are "physically accurate" so to speak, meaning they're built upon the concept of tree growth. Therefore they function most accurately when applied to models that are constructed as they would be in reality. For example, if I were to model a dining table with the intention of using one of these shaders on it, the table would need to be constructed with separate pieces of proper orientation, just like a real table is constructed. If your 3D model is one solid piece of geometry, the shaders will operate as though the table was hewn out of a single log. 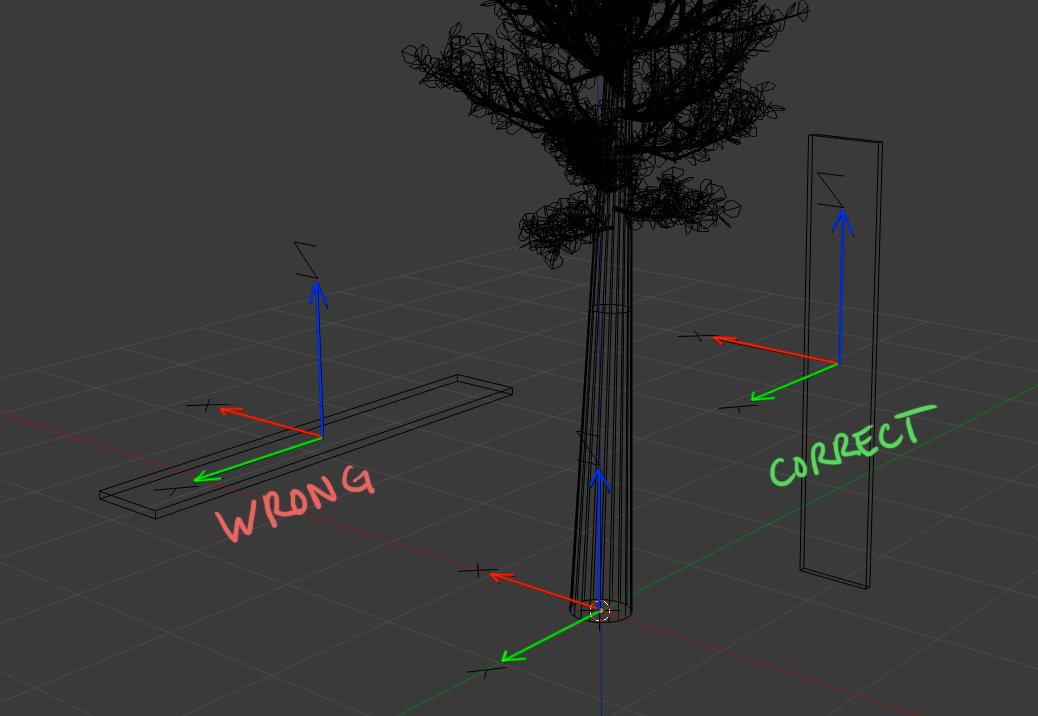 Proper orientation: For accurate results, make sure your model's length (where you want to see your grain pattern) is pointed in the local Z axis. See the image to the upper-right. Notice how the correct board emulates correct Z-axis orientation, as though it were a piece of lumber that was cut from the tree.

Scale: The scale of the wood texture is significantly influenced by your object's scale. Thus the first setting you'll likely need to adjust after applying one of the hardwood materials is the "Grain Scale" slider (called "Tex Scale" in the CGC_hardwood node).

Appending into your Blender scene: In Blender, go to File > Append and select all or desired items in the "Node Tree" and "Material" folders of the "CGC_hardwoods.blend" file.

Texture Socket: Only the texture output.

Normal Socket: Only the normal/bump output.

Grain Stretch: Stretch or compression adjustment along the length of the object (Z axis).
Randomize Grain: Randomization of grain pattern. Useful as a "seed" value on a single object or as a variety among multiple objects sharing the same shader.

Randomize Color: Randomization of saturation and value of overall color. Like "Randomize Grain", this setting is useful among multiple objects sharing the same shader.