by Innovision, LLC. in Scripts and Addons 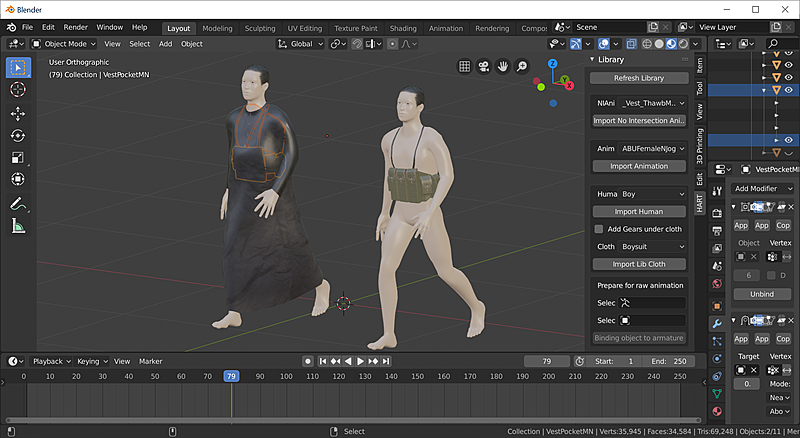 HART, as a Blender add-on, can automatically produce a natural and realistic animation of human activities with the imported human models, cloth models, scene models and motion capture data. HART integrates a modified version of MHX2 import and MakeWalk developed by the MakeHuman team, retargets motion capture data to a human model, and edits the motion of an animated avatar. Usually, animators hide or remove human body surface under clothes to avoid the intersections between body surface and clothes. However, HART can generate “multiple layers” animation for some basic motions without intersection, providing separate meshes for body surface, cloth, and body attachment placed on the body under clothes.

The basic features of HART include